Marlin was founded in 1870 and has been a subsidiary of Remington since 2007. (Photos: Marlin)

John Mahlon Marlin founded an iconic American firearms company in 1870 and this year Marlin Firearms is commemorating the event.

To celebrate the 150th anniversary of the Marlin brand, the modern descendant this year will offer special editions of their classic Model 60 .22LR semi-auto rifles and the 444 Marlin lever-action rifle, along with a matching ammunition line.

The 150th Anniversary Commemorative Marlin 444 uses a 24-inch half-octagon/half-round barrel mated to a receiver engraved with gold inlay. When it comes to furniture, it features a hand-fitted C-grade American black walnut stock and fore-end with what Marlin bills as a “Historical checkering pattern.” The .444 Marlin-chambered lever-action includes Skinner ladder sights. 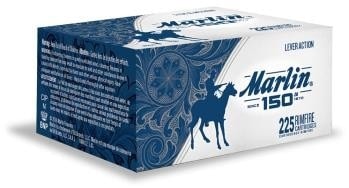 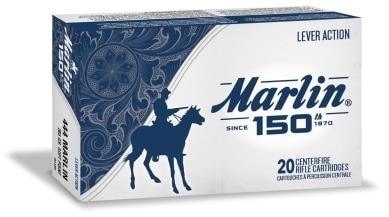 The first time Marlin-branded ammunition has existed, the run will last for a year and have a Marlin 150th headstamp and packaging.