Tomb Sentinels of the Old Guard Continue Mission, Despite COVID-19

The dedicated Soldiers who stand round-the-clock guard at the Tomb of the Unknowns in Arlington National Cemetery are still on their assigned post.

The U.S. Army’s 3rd Infantry Regiment, best known as The Old Guard, has several specialty platoons and units including the Army Drill Team, Caisson Platoon, Continental Color Guard, and Presidential Salute Battery. However, the Regiment, which is the active-duty infantry unit in the Army, is perhaps best known for the Sentinels of the Tomb Guard, who continue in a mission that began over 80 years ago.

Earl said that the unit is taking extra precautions to comply with guidelines pushed out by the CDC and Pentagon, but the mission will go on.

“I think it’s important for us to show to this country that we haven’t forgotten, that we will never forget the sacrifices that these Soldiers made, that the Missing In Action, the Unknowns made,” said Earls. 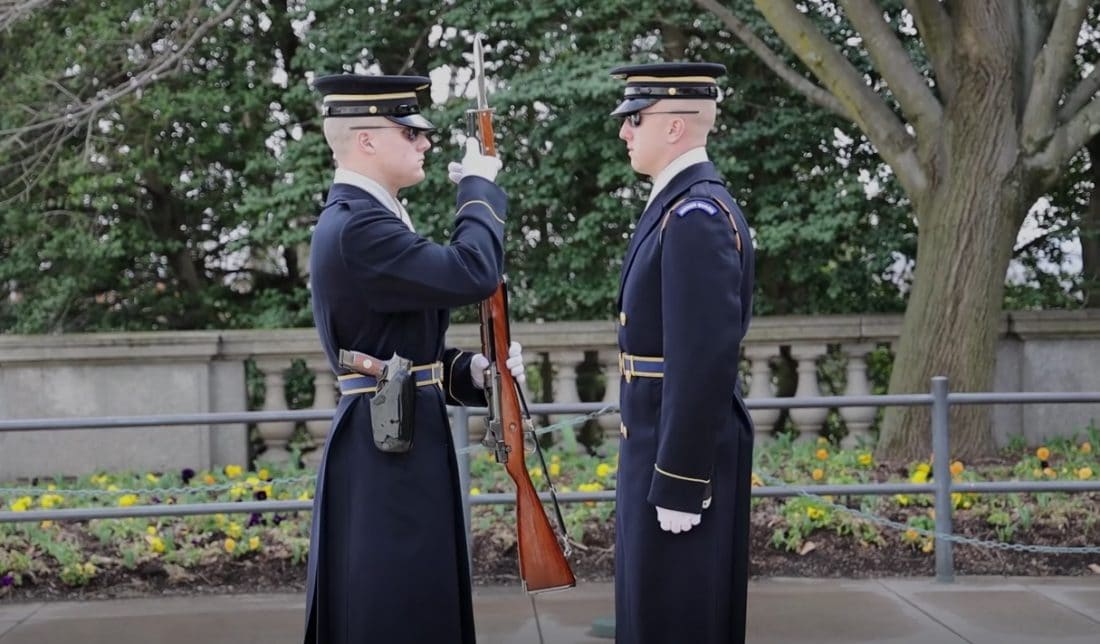 The Sentinels are currently armed with M14 rifles, complete with a mounted bayonet, while the detail commanders carry a specially-made Sig Sauer M17 (P320). According to the Army, “As a gesture against intrusion on his post, the weapon is always carried on the shoulder furthest from the tomb.” The guard is changed every half-hour in a detailed ceremony during summer months and every hour in the winter. (Photo: U.S. Army)

As detailed by the Army, “Since 1937, the Tomb Guards have never left their post. The Sentinels take pride in maintaining a constant vigil as a way to honor those who have made the ultimate sacrifice in defense of their country.”