Garland Richards showed up to a Texas Independence Day Party in late February with a rare Remington Model 1858 revolver that would make even the most established collector blush with envy. Richards represents the Fort Chadbourne Museum in Central Texas, and he was kind enough to show off one of the museum’s treasures. This venerable black-powder revolver belonged to two-time Medal of Honor Recipient Frank D. Baldwin. 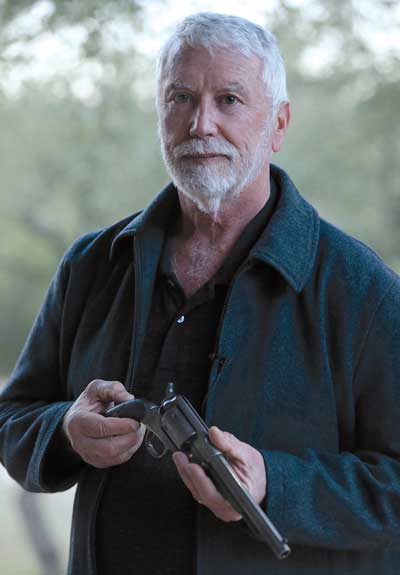 Though this gun was originally designed as a cap-and-ball revolver it was later converted by Baldwin to fire cartridges — a nod to how much he enjoyed this gun.

Baldwin served in the 19th Michigan Infantry unit and was awarded his first Medal of Honor for his gallantry at the 1864 Battle of Peachtree Creek, Georgia during the Civil War. There, he showed bravery of the highest regard when he single-handedly broke through enemy lines to capture two Confederate officers as well as a battle flag. 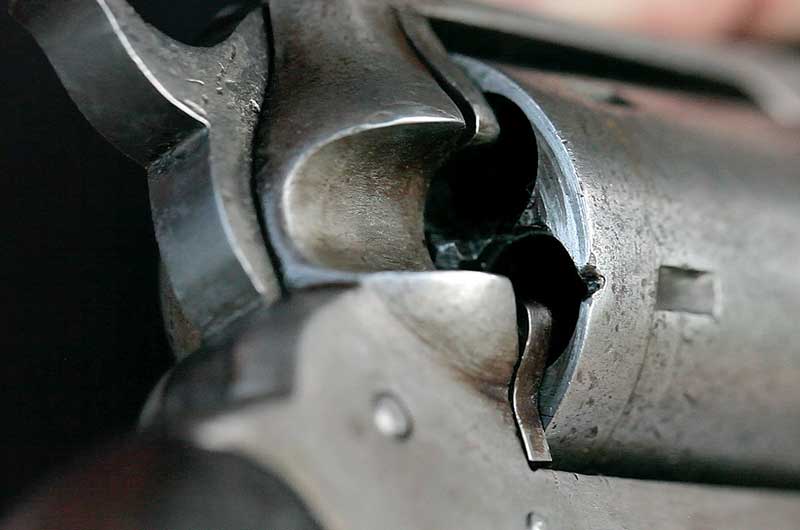 Baldwin received his second Medal of Honor a decade later when, as a lieutenant in the 5th Infantry, he led a surprise attack against the camp of Cheyanne medicine man Grey Beard during the Indian Wars. During this attack, he and his scout company disbanded a force of over 500 warriors and rescued the so-called German Sisters, two daughters of settlers who had been take hostage.

He later fought in the Philippines in the Spanish-American War. Baldwin retired in 1906 as a brigadier general, but in 1915 he was advanced to Major General in the Army’s retired list. He is one of only 19 people to receive the Medal of Honor twice. To say this gun has seen some things is an understatement.

Baldwin’s name is engraved on the Remington’s backstrap, making it a solid piece of American history.

“It’s neat to be able to tie a historical artifact back to the person. It’s almost like being able to walk up and shake his hand,” Richards told Guns.com. 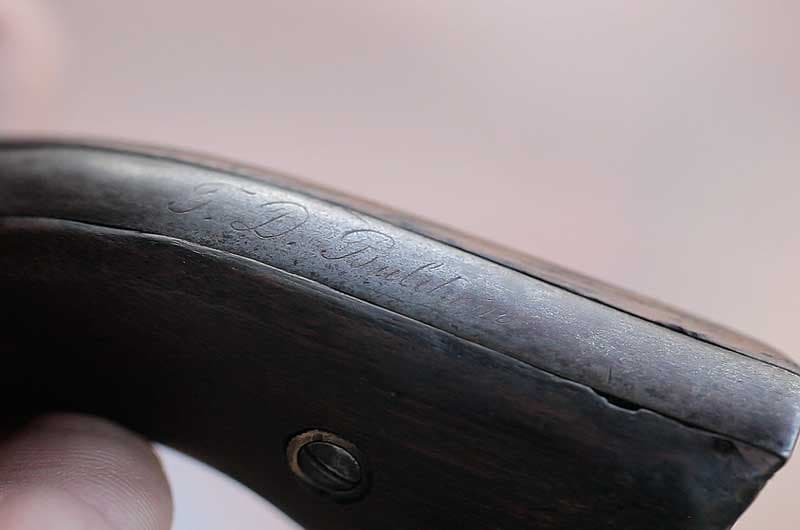 The backstrap of the M1858 shows the engraving of F. D. Baldwin. (Photo: Don Summers/Guns.com)

While you may not be able to find a Remington 1858 with this type of historical significance in the Collectors Corner, but you can find some great collectibles.