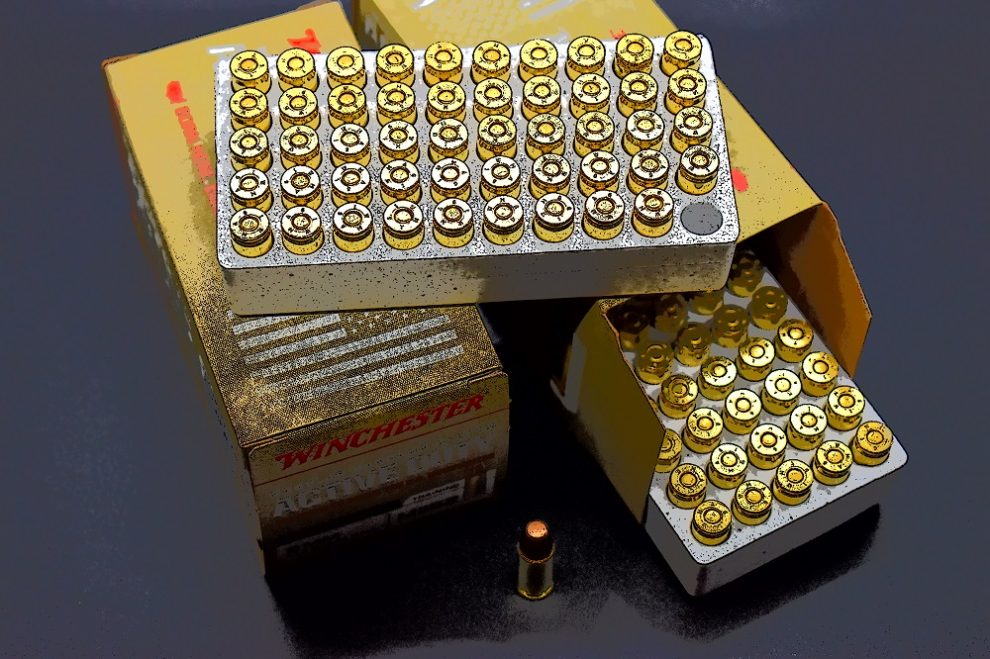 Over 100,000 law-abiding consumers who attempted to buy ammo in California over a seven month period were rejected, a factor that steered a federal judge to block the state’s restrictive bullet control law. (Photo: Chris Eger/Guns.com)

A federal judge on Thursday issued a preliminary injunction halting the background check requirement to purchase ammunition in California.

U.S. Senior District Judge Roger Benitez held in his 120-page order in the case brought by Olympic Gold Medal clays legend Kim Rhode against California Attorney General Xavier Becerra that the state had trampled on the Constitution by implementing the Prop. 63 ammo rules that have blocked many law-abiding Californians from being able to legally purchase bullets.

“The experiment has been tried,” said Benitez, a 2004 appointment by President George W. Bush. “The casualties have been counted. California’s new ammunition background check law misfires and the Second Amendment rights of California citizens have been gravely injured.”

In one group of 616,257 residents who attempted to jump through California’s background check hoop– which most adults with only a state-issued ID cannot accomplish without a U.S. Passport or certified birth certificate to back it up– 101,047 were rejected even though they were legal citizens who were not prohibited firearms possessors. Some common reasons for rejections were that the would-be buyers had address mismatches in the state system, or had not recently purchased a firearm. Nonethless, in many cases, working through the appeals process to get the green light to buy ammo often took days and even weeks.

Pointing to the fact that as many as 16.4 % of citizen-residents legally able to possess firearms were rejected while attempting to buy bullets in the state over the past seven months under the new bullet control scheme, Benitez said that, “The background check experiment defies common sense while unduly and severely burdening the Second Amendment rights of every responsible, gun-owning citizen desiring to lawfully buy ammunition.”

Further, he pointed out the glaring hole in the plan that “criminals, tyrants, and terrorists don’t do background checks,” and often use underground or alternative sources to acquire ammunition.

Finally, citing the federal Commerce Clause, Benitez said the element of Prop. 63 that bars consumers from purchasing ammunition over the phone, by mail, or on the internet and having it shipped to their house, is unlawful. Prior to Jan. 1, 2018, any merchant located outside of the state was permitted to sell ammunition directly to a customer in California, an ability that changed under the new regulations as such purchases were criminalized unless they go through a California-located vendor for a face-to-face transfer after a background check.

Coupled with the fact that they may not be able to buy ammo locally due to the flawed background check system, Benitez said, “Where a citizen resident could buy ammunition from beyond state lines previously, now he is completely cut off from enjoying his Second Amendment rights.”

Moreover, Benitez concluded the anti-importation provisions artificially insulate the state from national ammo commerce and competition from the other states. “The United States Congress may have the authority to do that, but not state lawmakers,” he said.

In closing, Benitez said that in these trying days, the ability to access ammunition is particularly critical to the right to keep and bear arms.

Presently, California and many other states sit in isolation under pandemic-inspired stay-at-home orders. Schools, parks, beaches, and countless non-essential businesses are closed. Courts are limping by while police make arrests for only the more serious crimes. Maintaining Second Amendment rights are especially important in times like these. Keeping vigilant is necessary in both bad times and good, for if we let these rights lapse in the good times, they might never be recovered in time to resist the next appearance of criminals, terrorists, or tyrants.

In his order this week, Benitez enjoined the State of California from enforcing both the ammunition sales background check and the ammunition anti-importation provisions of Prop. 63.

“California wasn’t just obstructing the people’s fundamental right to defend their families and lives—it was encouraging unlawful hostility toward an individual, Constitutional right,” said Jason Ouimet, executive director, National Rifle Association Institute for Legislative Action. “The NRA funded this case for the same reason the court struck down the laws: enough was enough.”

California Attorney General Xavier Becerra’s office has said they are reviewing the decision, but for now, at least, it appears the ammo light is lit for residents of the Golden State.