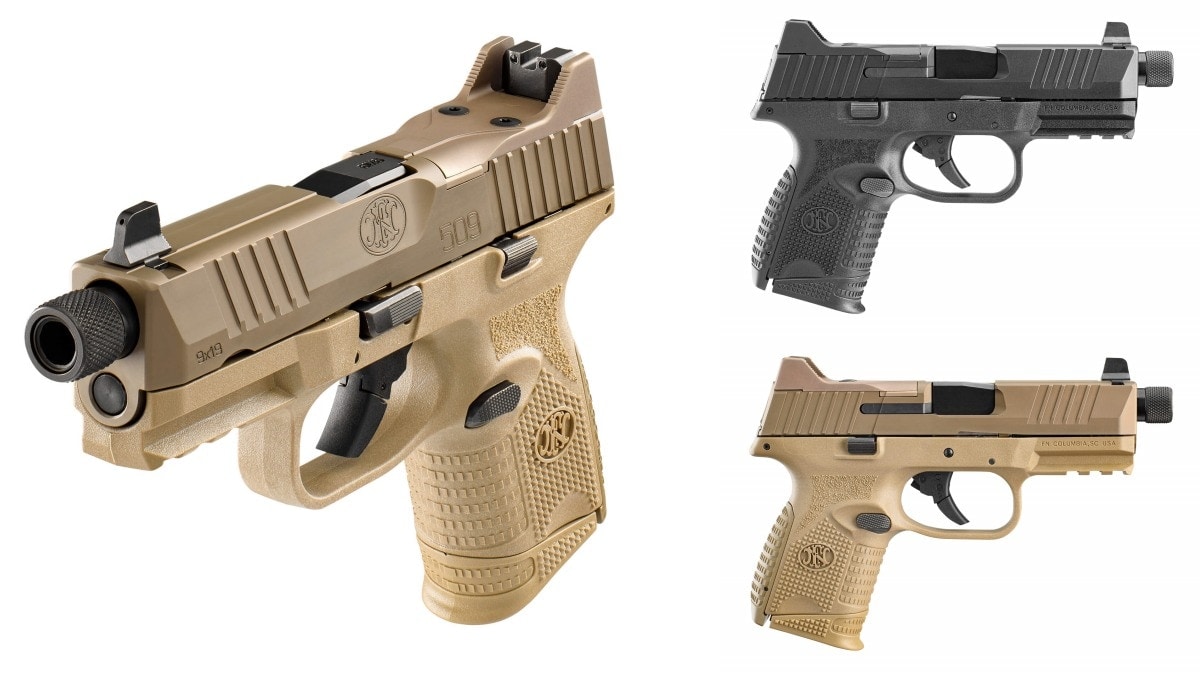 The new FN 509 Compact Tactical is ready for MRD sights, suppressors, and other accessories on day one, while only weighing 26.2-ounces. FN fans can choose between black and flat dark earth schemes. (Photos: FN)

Billed by FN as the “smallest and most concealable tactical pistol available,” the new FN 509 Compact Tactical is an optics- and suppressor-ready 9mm in a tiny package.

Using the company’s new 509 series action, the new pistol in the lineup has a 4.3-inch cold hammer-forged threaded barrel in a much more compact frame than the standard FN Tactical series guns. While just 7.4-inches overall and weighing in at 26.2-ounces, it still packs the ability right out of the box to mount a wide array of aftermarket compensators or suppressors while carrying suppressor-height Trijicon 3-dot green Tritium night sights. 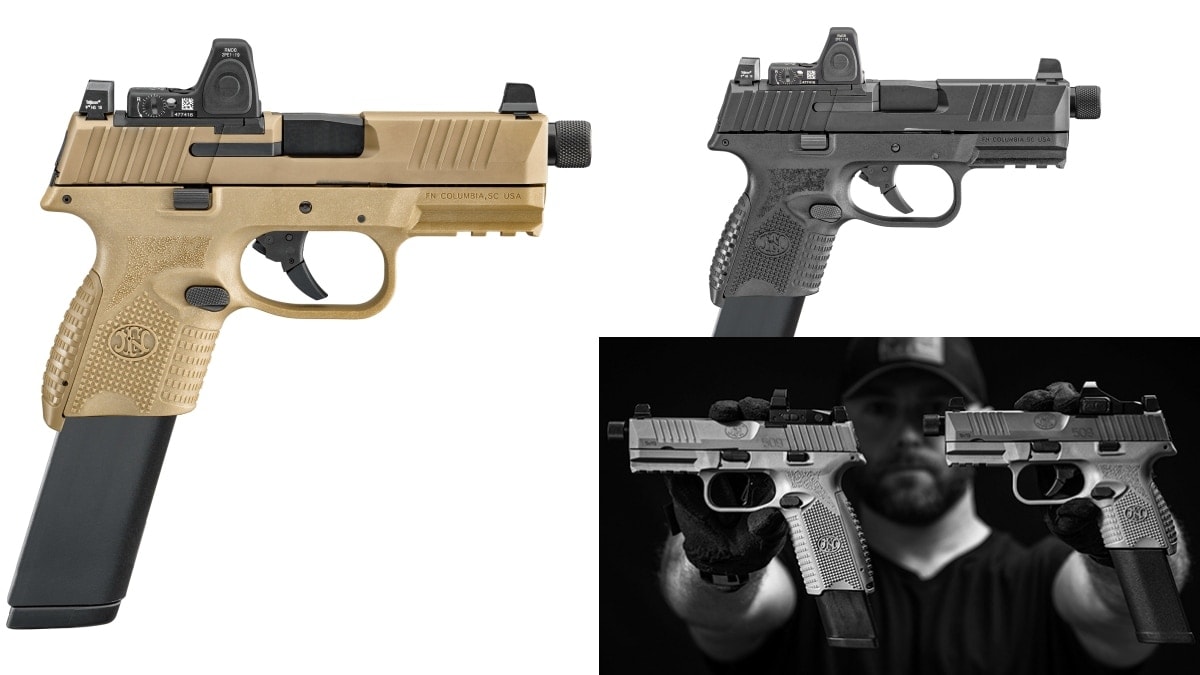 The FN 509 Compact Tactical can be easily deployed as an everyday carry with the standard 12- or 15-round magazines or on the range with the extended 24-round magazine, giving 51 rounds of ammunition at the ready. Two 24-rounders for backup and a 12-round mag in the pistol, stresses FN, allows you to go from “0 to 60 in three mags.” (Photos: FN)

Added to this is FN’s Low-Profile Optics-Mounting System which is capable of accepting more than 10 miniature red sights for those who are looking to add glass to the gun. Other accessories, such as lights, can be added to the MIL-STD-1913 rail on the frame.

Capable of using all double-stack 509 series 9mm mags, the Compact Tactical ships in an FN-branded soft case with a single 12-round, 15-round and 24-round magazine or, for those in restricted states, just a trio of 10-rounders.

MSRP is $1,049, a price point that should dip into the high three digits at retailers.

DEALS ON FN 509 PISTOLS IN STOCK