Texas-based Magpul has announced they are getting into the HK game with a line of handguards, extended selectors, and grips for MP5-style platforms.

The MP5 series SMGs were introduced in the 1960s and since then the guns, along with their semi-auto SP89/SP5 pistol and HK94 carbine offspring, have remained popular to this day– so much so that clones from Zenith, PTR, and others abound.

To help outfit this breed of roller-locked pistol-caliber firearms with more modern polymer, Magpul will be offering both 5-inch (SP89/MP5K) and 8-inch (HK94-MP5) handguards that offer improved ergonomics and a wealth of M-LOK slots for accessories. 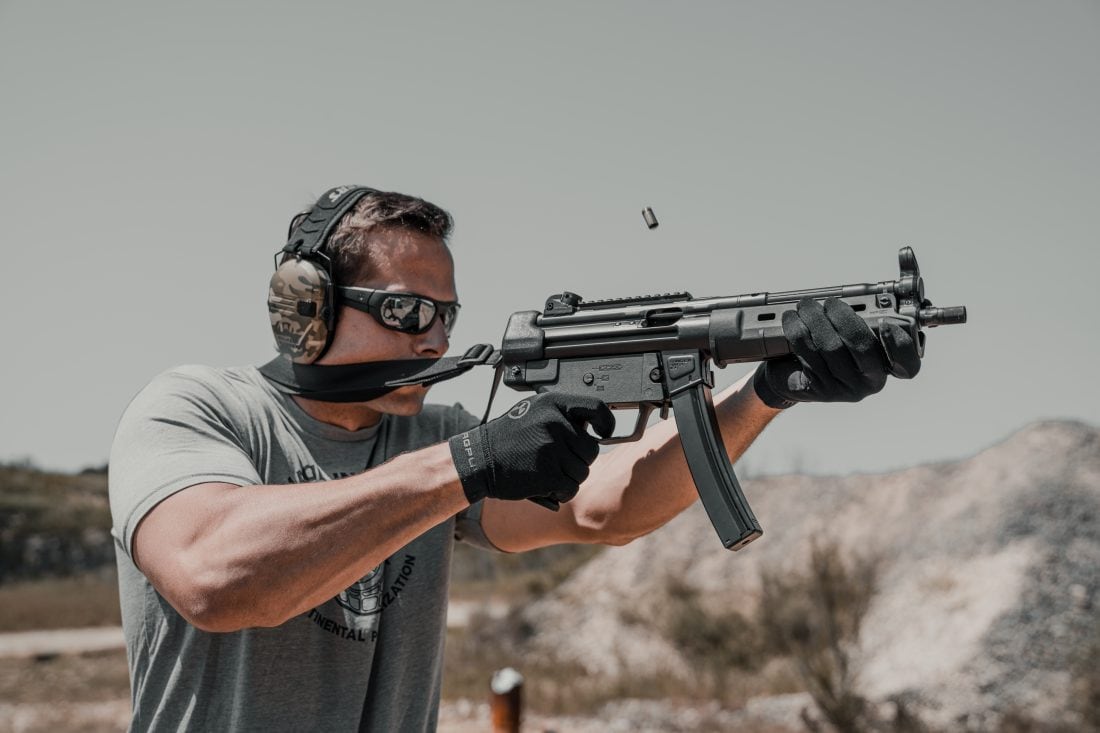 Both the 5- and 8-inch Magpul handguards have anti-slip texturing, a muzzle-end hand stop, and M-LOK slots at 3, 6, and 9 o’clock positions. (Photo: Magpul)

Besides the handguards, Magpul is also marketing a range of selector levers for HK polymer trigger housings that are compatible with three-position SEF/SAFE-SEMI trigger packs. 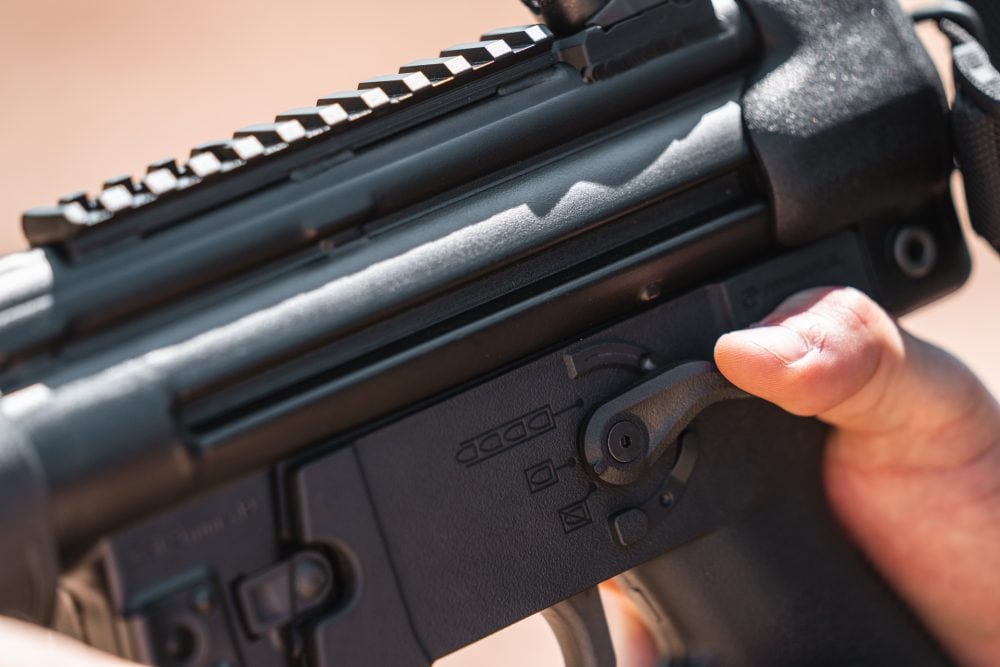 The ESKs will be user-configurable and modular for ambidextrous use. (Photo: Magpul) 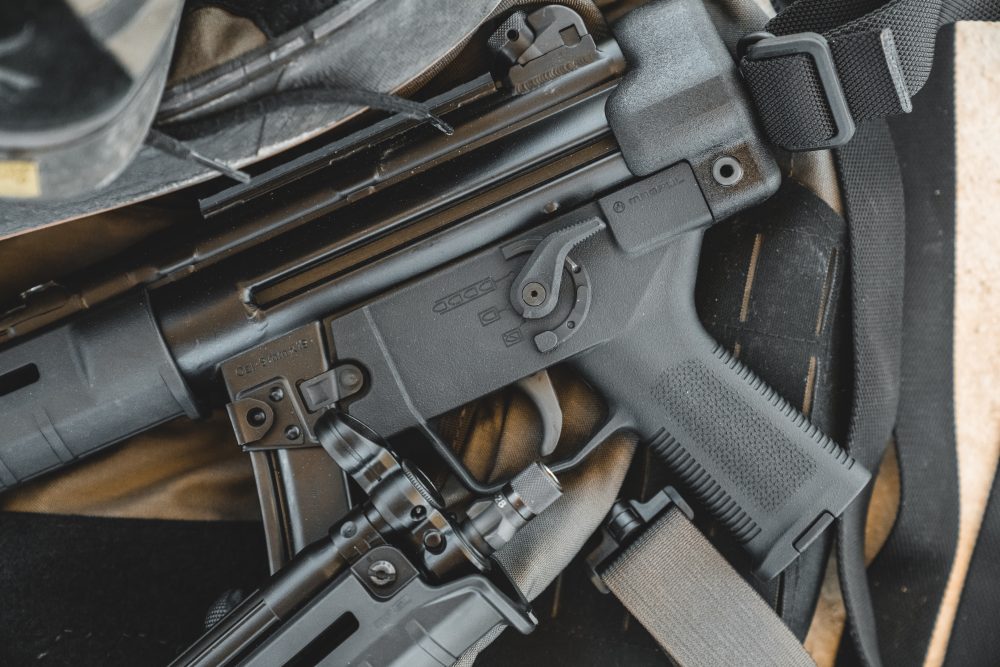 Also, a Magpul SL grip module for the MP5 series is reported to be “coming soon.” (Photo: Magpul)

MSRP on both the handguards and ESK is listed at $49.95 and we wouldn’t be surprised if these start showing up on MP5 clones shortly as standard offerings. No price information yet on the grips. 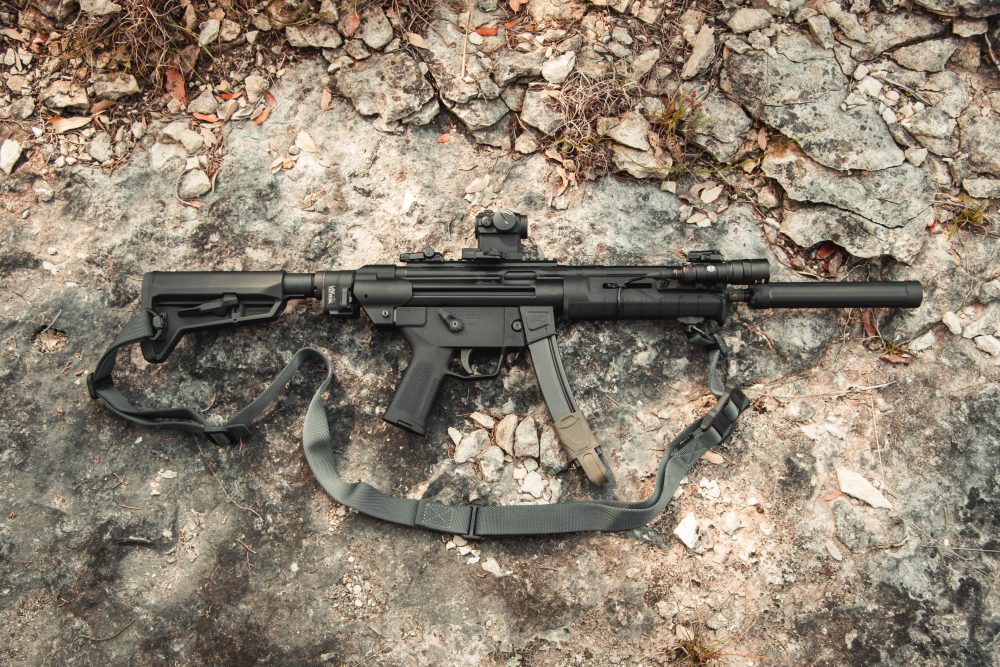