New Hampshire-based Sig Sauer reports they have recently delivered their Next Generation Squad Weapons system to the U.S. Army for testing and evaluation.

Sig is one of three contractors who last year got the nod from the Pentagon to continue with the NGSW program, which is designed to replace 5.56mm NATO small arms– such as the M4 Carbine and M249 Squad Automatic Weapon– in the Army’s frontline units. Sig’s entry consists of an in-house-designed lightweight high-performance 6.8mm (.277-caliber) hybrid ammunition, NGSW-AR lightweight machine guns, NGSW-R rifles, and suppressors.

Notably, the other two competitors vying for the NGSW contract are formed by consortiums, whereas Sig is it going alone– with components of their system produced at their Arkansas and New Hampshire facilities.

“The Sig Sauer Next Generation Squad Weapons system is the only submission entirely designed, engineered and manufactured by a single American company,” said Ron Cohen, Sig’s president, and CEO. “We are proud to deliver this comprehensive solution to the U.S. Army, with new capabilities to enhance mission effectiveness for our soldiers on the battlefield.” 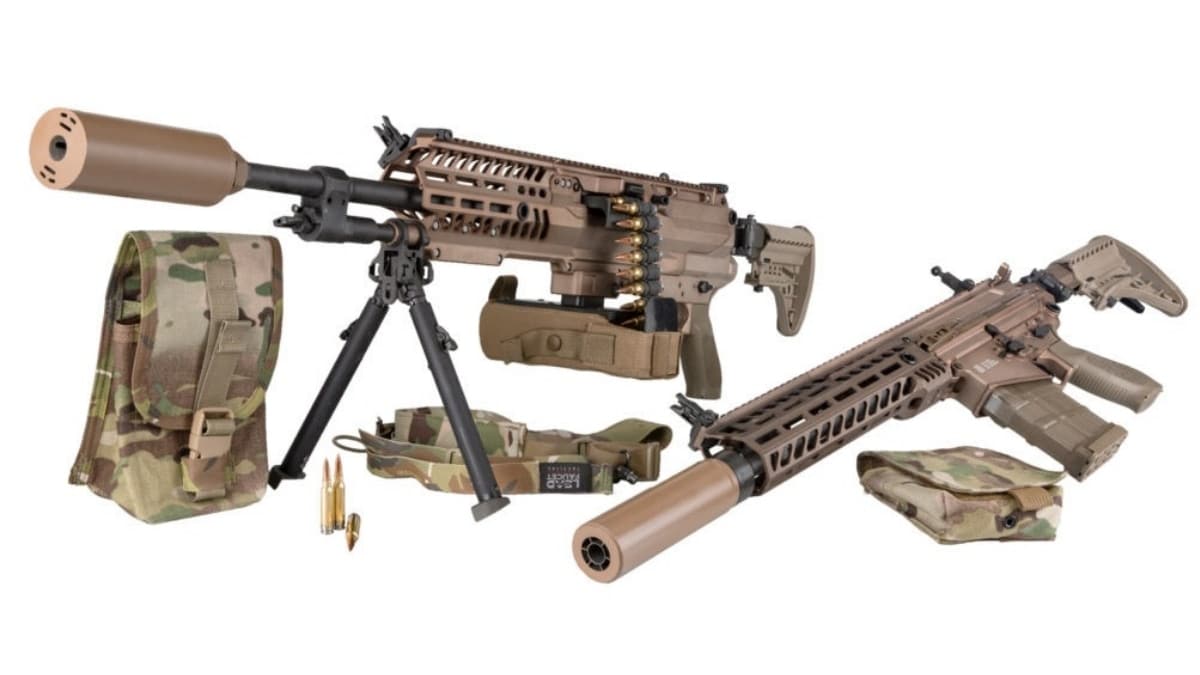 Sig says their ultra-light 6.8mm NGSW-AR, left, and NGSW-R, right, are the “most comprehensive solution to meet the requirements of the Next Generation Squad Weapons to enhance mission effectiveness.” (Photo: Sig)

Sig’s belt-fed MG 6.8mm machine gun, which is submitted as the NGSW-AR, is billed as being 40% lighter than the M249 but with “dramatically reduced felt recoil.” It has ambidextrous AR-style ergonomics, quick detach magazines, increased M1913 rail space, and a quick-detach Sig-developed suppressor. 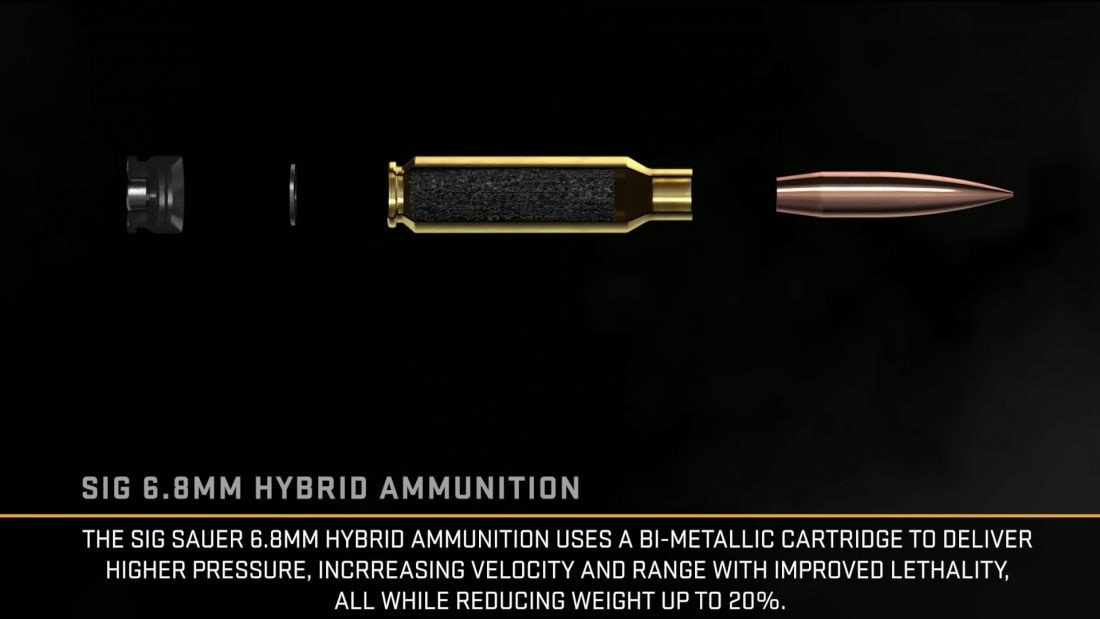 Sig’s hybrid 6.8mm submitted as part of the NGSW program is not your average commercial load and shouldn’t be confused with cartridges such as the 6.8mm Remington SPC. (Photo: Sig)

One competing group that Sig is matched against is spearheaded by General Dynamics Ordnance & Tactical Systems, who is working with Beretta, to produce their RM277 NGSW platform which uses True Velocity’s 6.8mm composite-cased cartridge. 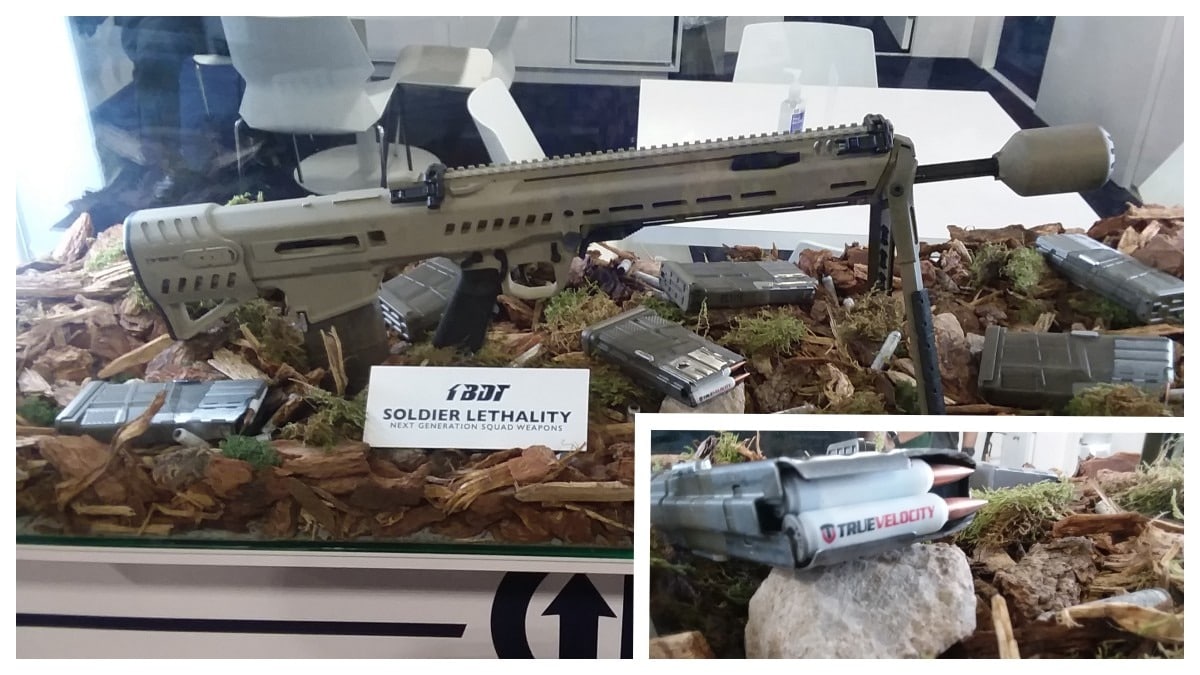 The third suitor for the program is defense contractor AAI/Textron, which has subcontracted with ammo maker Winchester-Olin and firearms icon Heckler & Koch, to design their own unique NGSW contender.

The Army plans to purchase 85,986 NGSW systems to replace guns in combat units first. Ultimately, the winner could stand to deliver 250,000 NGSWs and 150 million rounds of ammo plus options for further contracts.