The Lahti L-39 is a Finnish 20mm anti-tank rifle used during World War II. Nicknamed “Norsupyssy,” Finnish for “elephant gun,” it had excellent accuracy, penetration, and range for its time but its size made transportation difficult.

The L-39 was developed during the 1930s by Aimo Lahti, a Finnish weapons designer. He was kind of the John Moses Browning of Finland. He designed two competing anti-tank weapons — a 13.2mm machine gun and a 20mm rifle. After test firing both weapons, it was concluded that the 20mm rifle displayed better penetration power. In 1939, as World War II loomed over Europe, the L-39 went into production. 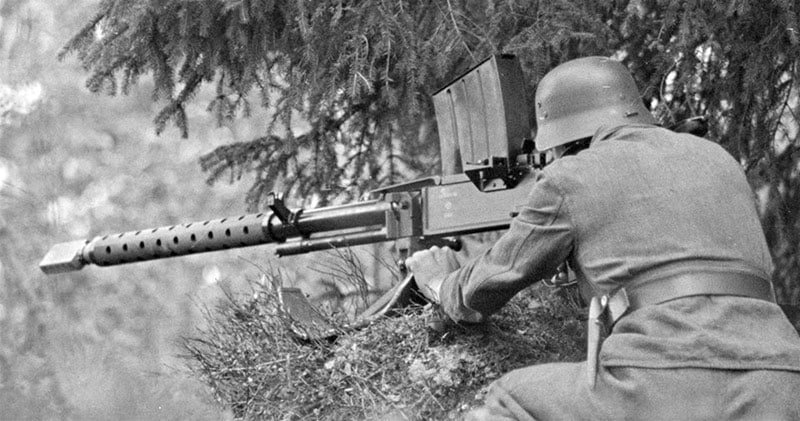 A soldier looks down the sights of an L-39 during WWII. (Photo courtesy: SA Kuva)

OBSOLETE AS SOON AS IT WAS PRODUCED

Almost as soon as it saw combat, it was obsolete. Although it could penetrate most tank armor during the 1930s, by 1940 tank armor beefed up and the gun was no longer effective. It was used very successfully for long-range sniping, tank harassment, and anti-aircraft. A fully automatic, double-barreled variant of the gun, called the 20 ITK 40 VKT, was developed and used as an anti-aircraft weapon. 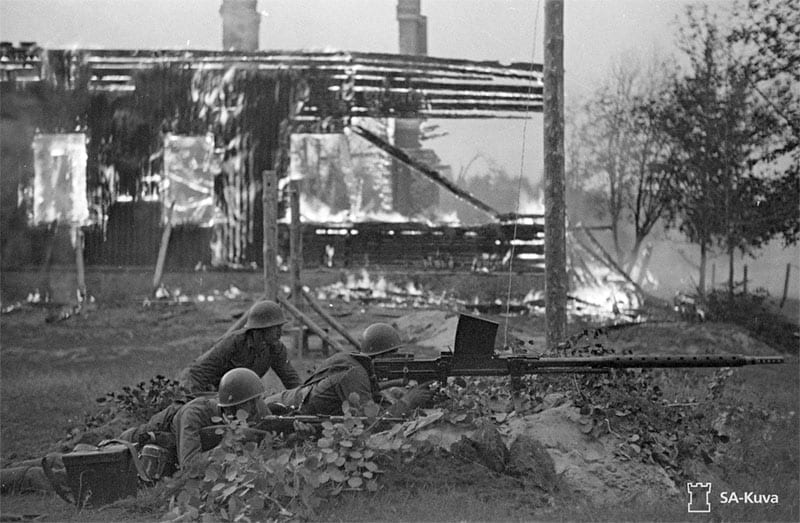 The L-39 was, by all accounts, a superb weapon. It was a semi-automatic, gas-operated rifle with the piston located beneath the barrel. Ammunition was fed from a detachable top-mounted magazine. Spent casings were ejected from the bottom just in front of the massive trigger guard. Magazines held 10-rounds.

The rifle fired a 1,850-grain 20mm projectile at approximately 2,800 feet per second, which works out to something in the neighborhood of 32,000 ft.lbs of energy.

Recoil was not for the faint of heart. To reduce it, the barrel was topped off with a five-hole muzzle brake and ample leather padding on the shoulder brace. The wood jacket on the barrel acted as a liner so the barrel could be handled when it was hot. 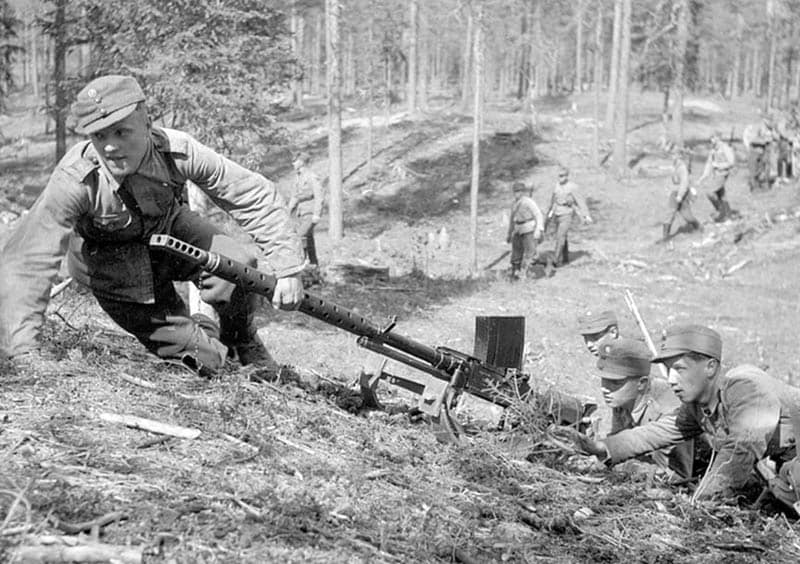 Soldiers moving an L-39 into place. Note the skis of its sled mount and the large muzzle device. (Photo courtesy: SA Kuva)

The gun weighed 109 pounds and this made it difficult to move around easily. As a result, it was usually manned by a team of two. Due to the stiffness of the recoil spring, a rotating crank lever was used to pull the bolt back. Once back, a large button inside the trigger guard released the bolt and the L-38 could be fired. The bolt had to be released in this manner after every shot.

The front of the trigger guard was protected by a rubber buffer to shield the operator’s hands from the spent casings ejecting at high speeds. It was possible to lose a finger if a shooter’s hand got caught between the guard and an ejected casing. A metal sled acted as a bipod and pivot point. 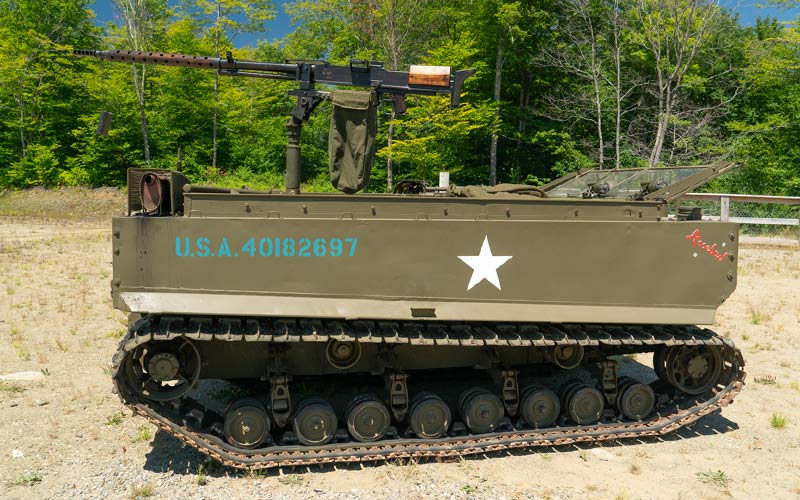 L-39S ARE STILL AVAILABLE FOR CIVILIANS

A total of 1,906 L-39s were manufactured by Finland. Some remained in service after WWII as anti-helicopter weapons, but an estimated 1,000 along with 200,000s rounds of live ammo were shipped to the United States as surplus for collectors. As they fire a round larger than .50 caliber, they’re considered destructive devices and are subject to the 1934 National Firearms Act. 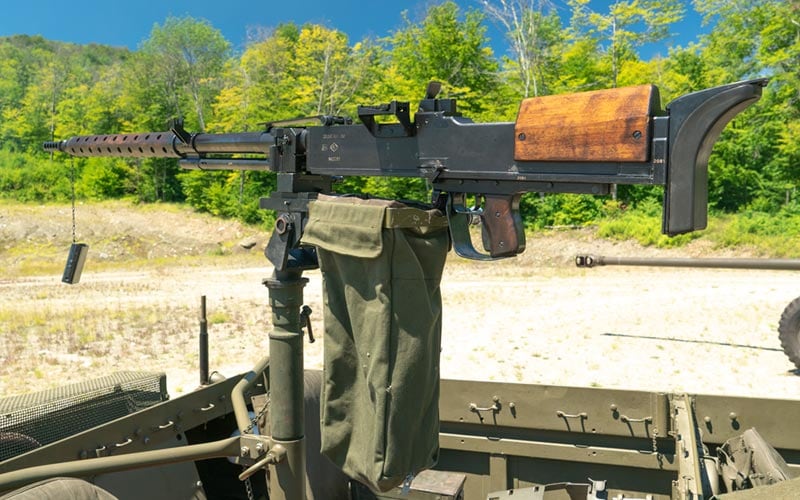 Back in the 1960s, you could pick up an L-39 for as little as $99!! Included in that price were eight magazines, a snow sled mount, wooden crate, muzzle break, armorer’s tool kit, and spare parts. These days, there’s still a few Lahti’s available at auctions. Depending on condition and accessories, they sell anywhere between $5,000 and $12,000 — a big mark up from the 60s. It just goes to show that investing in guns can be an excellent idea.

Check out the Guns.com Collector’s Corner. 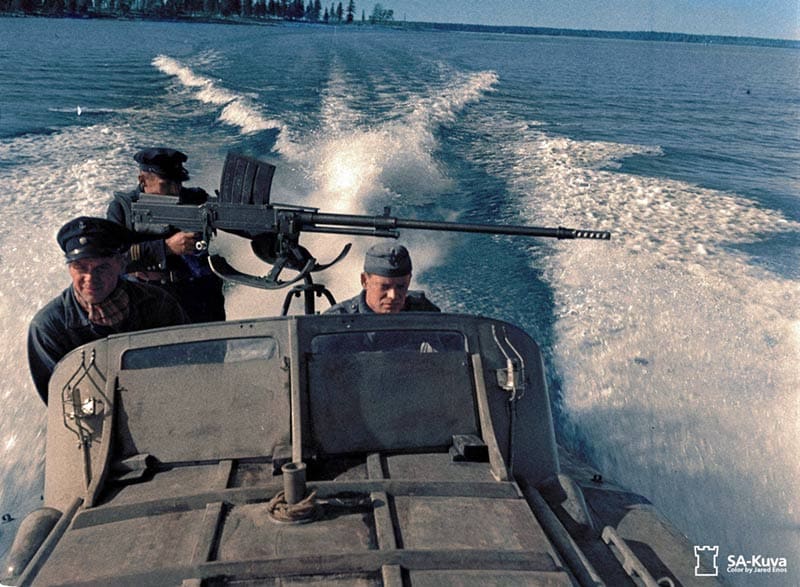 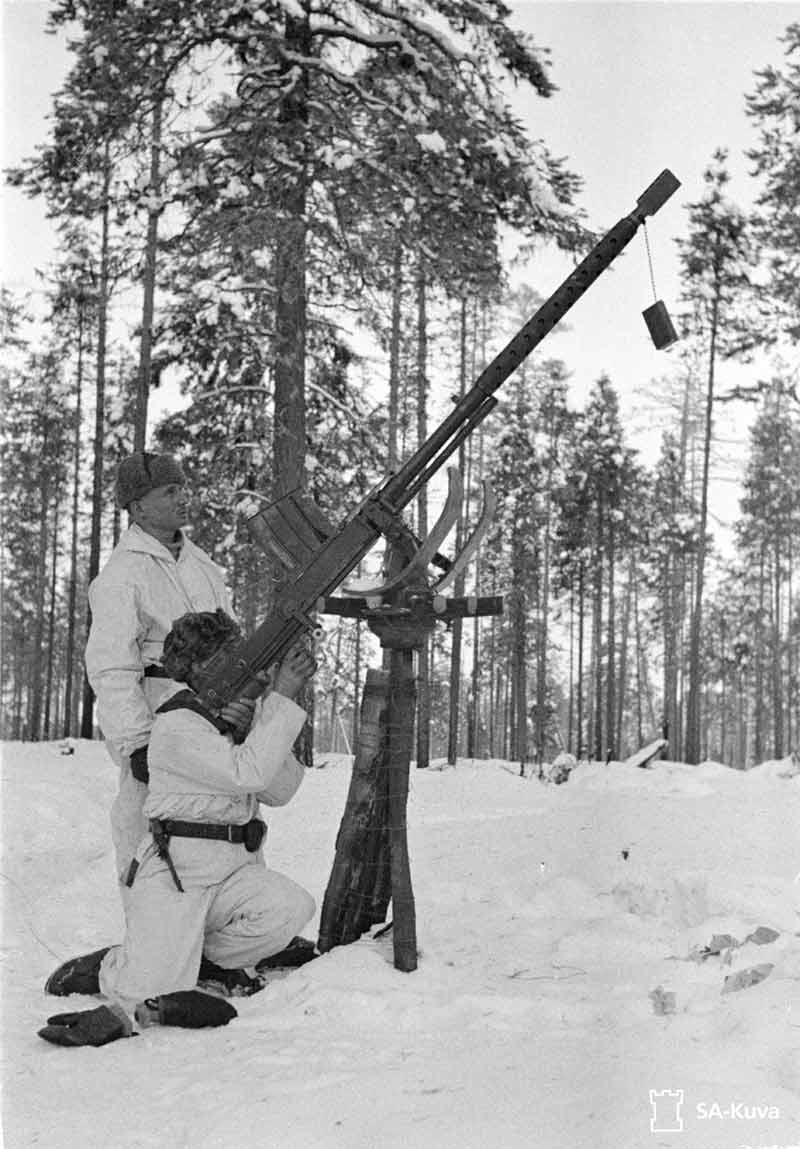 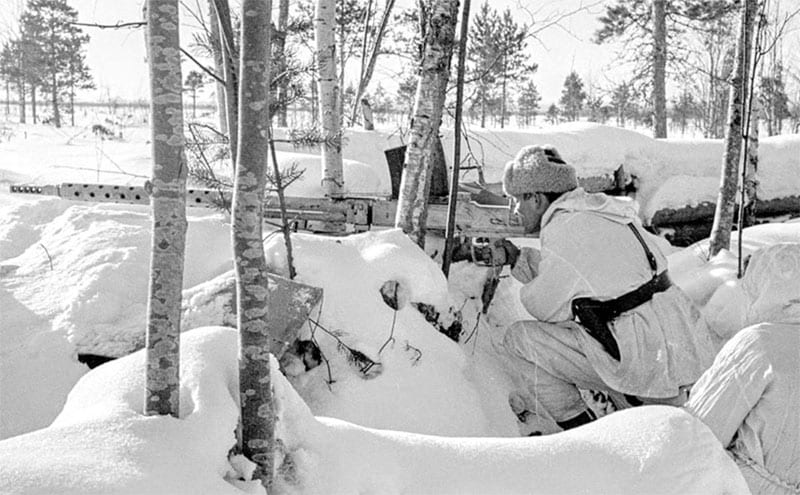 An L-39 that has been camouflaged for winter warfare. (Photo courtesy: SA Kuva) 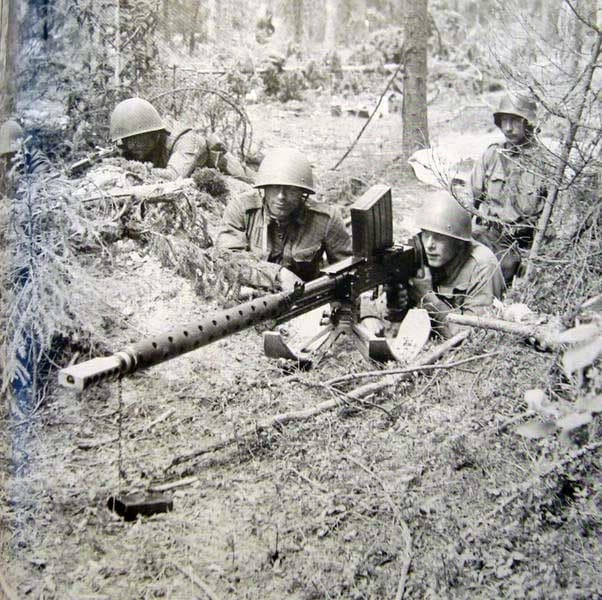