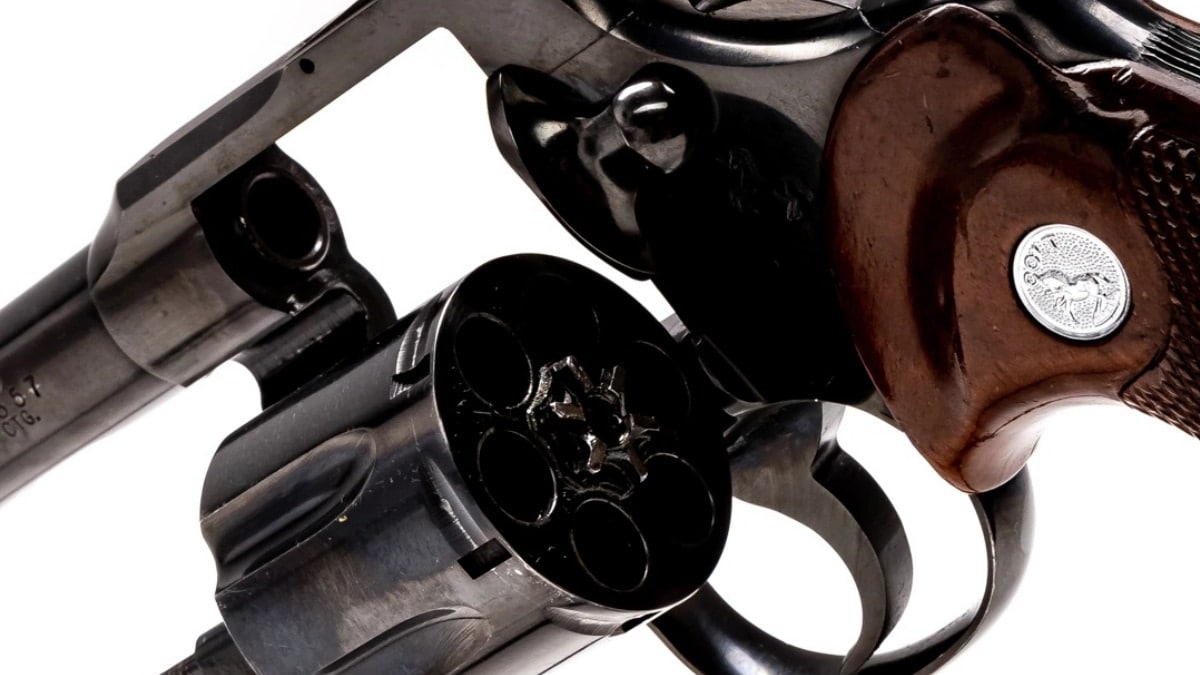 The Colt Trooper was billed as a heavy-duty no-nonsense swing-out cylinder revolver and it was popular across three decades. (All Photos: Guns.com)

First introduced in 1953, the Colt Trooper was a six-shot revolver that had a lot of style and remained in production for over 30 years.

Borrowing the company’s standard E-frame double-action revolver format from the Colt Officer’s Model, the Trooper was, when it was first introduced, something of an entry-level multi-purpose .38 Special. Complete with adjustable Accro-style rear sights and a “quick-draw” front ramp it was marketed towards police use, hence the name.

At introduction, the wheel gun was also produced in a similar-sized .22 LR with a 4-inch barrel that was sold as an economical “trainer” revolver. As with all E-frames, it had a hammer-mounted firing pin. At the time of its introduction, it was one of Colt’s least expensive medium-frame revolvers, costing about $71, while the Model 357 cost $75 and the Officer’s Model Match ran $79.50.

By the late 1950s, with the Colt .357 Model discontinued and the new premium Colt Python making headway with those who could spare the coin, the Trooper was likewise upgraded to a large I-frame format. With a frame-mounted firing pin, it was offered in .357/.38 with checkered walnut grips. In 1966, the price of the Trooper in .357 had risen to about $92, which was still a bargain as the new Python, with Colt’s Royal Blue finish, was $140 at the time. As such, it was the ideal companion for hunters or as a service weapon or for home protection. 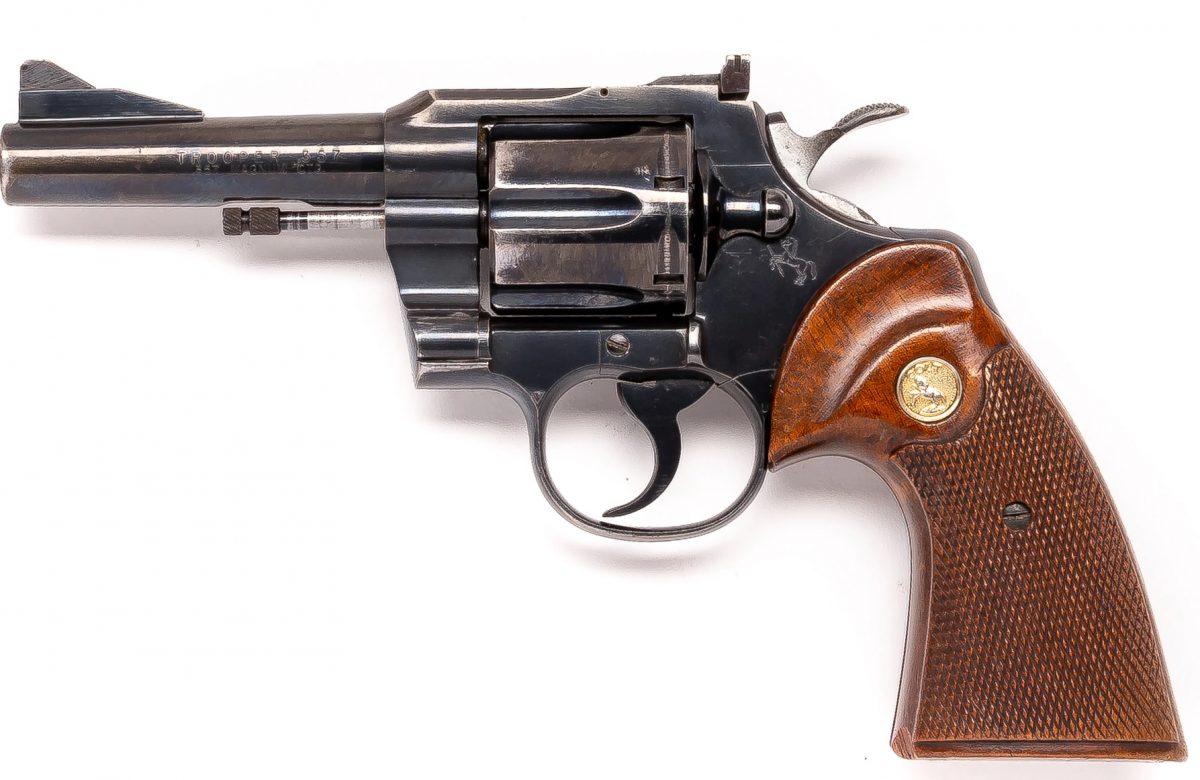 This circa-1965 Colt Trooper is looking for a good home and is a good example of the I-framed 4-inch .357 Magnum variants offered at the time. 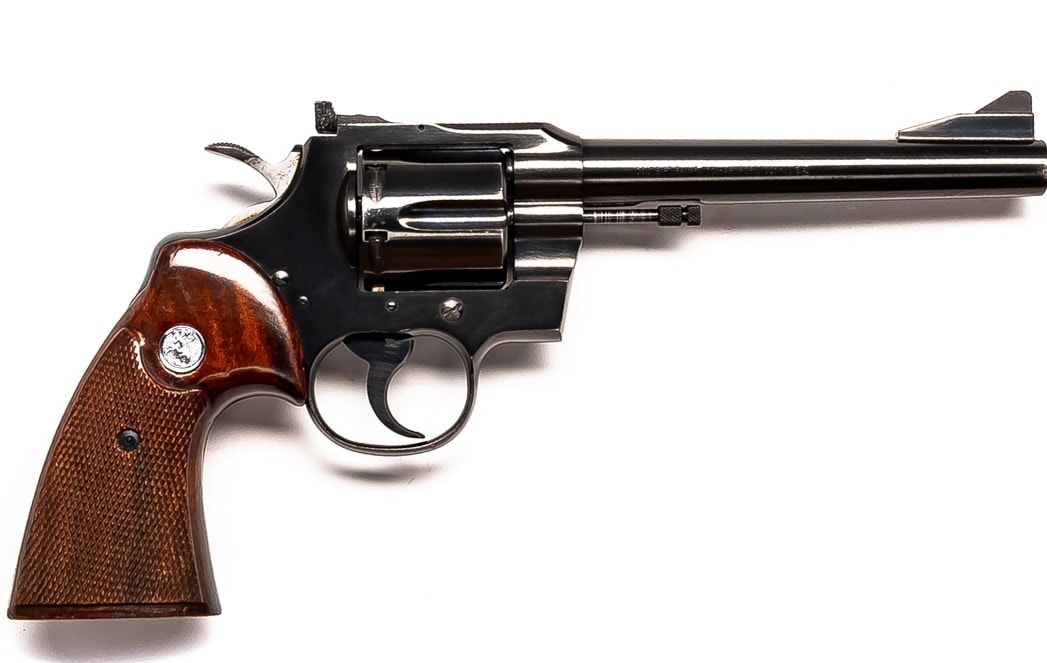 Meanwhile, this circa-1966 6-inch Trooper, also in .357 Mag, shows what the breed looked like when stretched out a bit

While the Python and the then-newly designed Diamondback had a high vent-rib full lug barrel, the Trooper kept its old-school thin barrel and distinctive ramped front sight. Well, for a while at least.

In 1969, the model was tweaked further with the introduction of the J-frame MK III standard, which had a coil mainspring and redesigned lock work to allow the guns to be more machine-fitted rather than hand-fitted. These guns had a very different profile from the earlier Troopers. 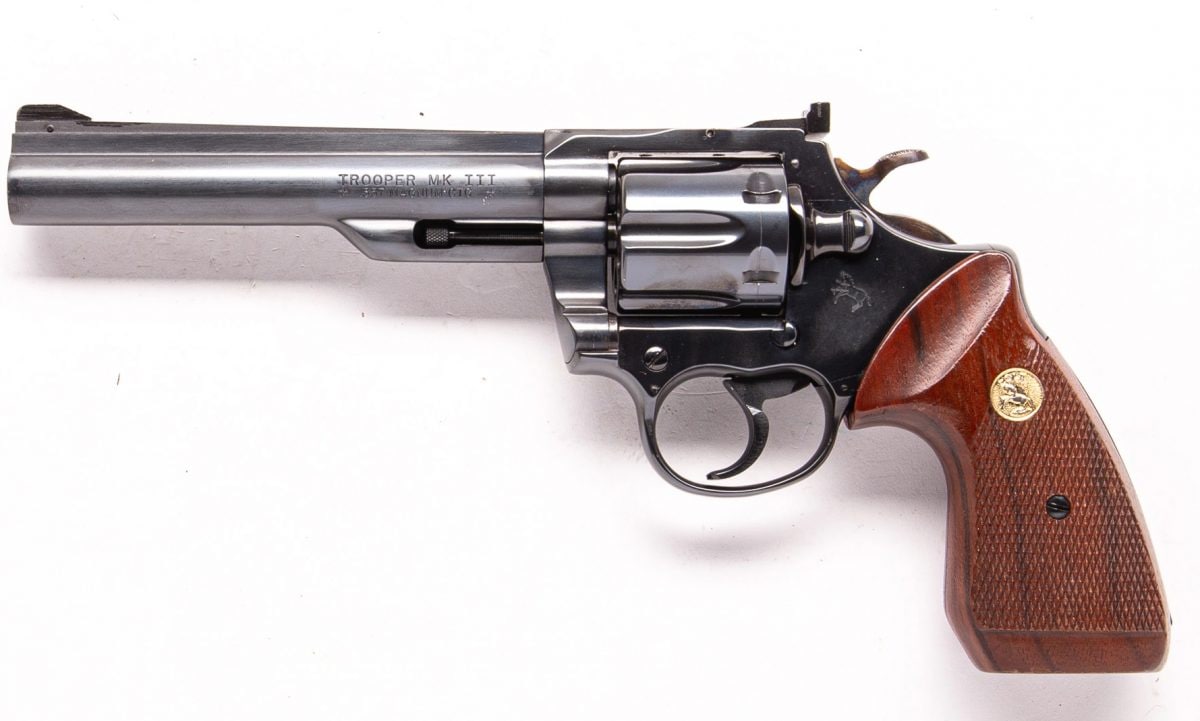 This Colt Trooper MK III in the Guns.com Vault dates to 1981 and has a 6-inch barrel. Like most Troopers observed in the wild, it is in .357

The MK III Trooper was offered in .357, .38 Special, .22 Magnum, and .22 LR with a choice of 4-, 6-, or 8-inch solid-rib barrels. For those looking for an even more low-frills version of the Trooper, Colt produced a variant with fixed sights but retained the same profile, and marketed it as the 35-ounce Lawman for about 15 years. 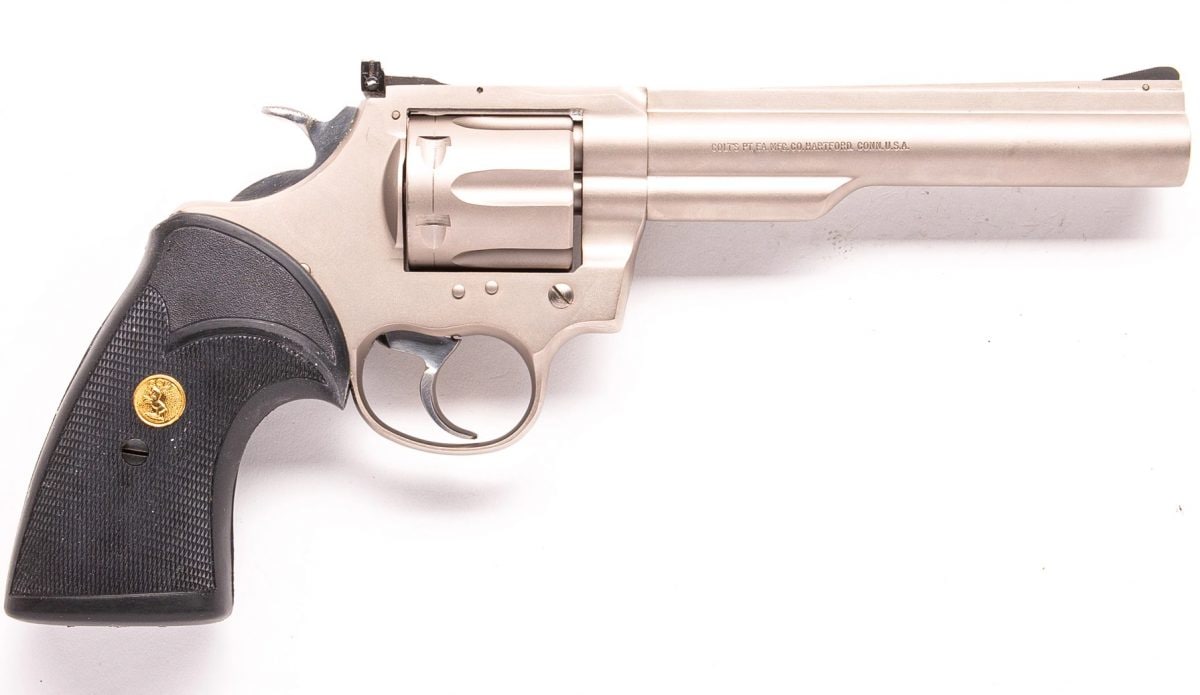 One of these things is not like the others! Another circa-1981 Colt Trooper MK III, this beautiful revolver is chambered in .22 LR and carries a “Colt Guard” electroless nickel-plated finish, which was only offered by Colt in the early 1980s before the company switched to stainless steel.

By 1983, the Trooper was in its last days and had been re-engineered to the MK V standard, which saw the gun with a different frame and firing mechanism that incorporated a longer mainspring. These changes were billed as producing a gun that had a lighter, faster double-action trigger pull with advantages for police competition or target shooters. Nonetheless, the final Trooper was the last of the line and only stuck around in Colt’s catalogs until 1986.

Although Colt had brought back several past revolvers in recent years, such as the Python and Cobra, the Trooper remains on the retired list.

However, since they don’t have the same point on the radar with gun collectors as they aren’t “snake guns,” the humble Trooper hasn’t seen the same wild spike in prices that has bitten other Colt wheel guns of the same vintage. 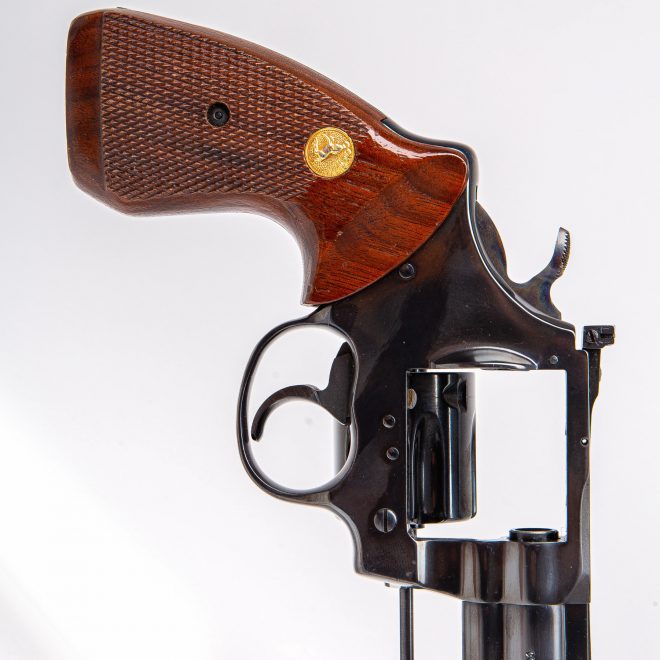 Colt Troopers were made from 1953 through 1986, and are beautiful old-school wheel guns that are often overlooked.

For other rare, interesting, and just downright unusual guns, head on over to our Collector’s Corner, where history is just a click away!