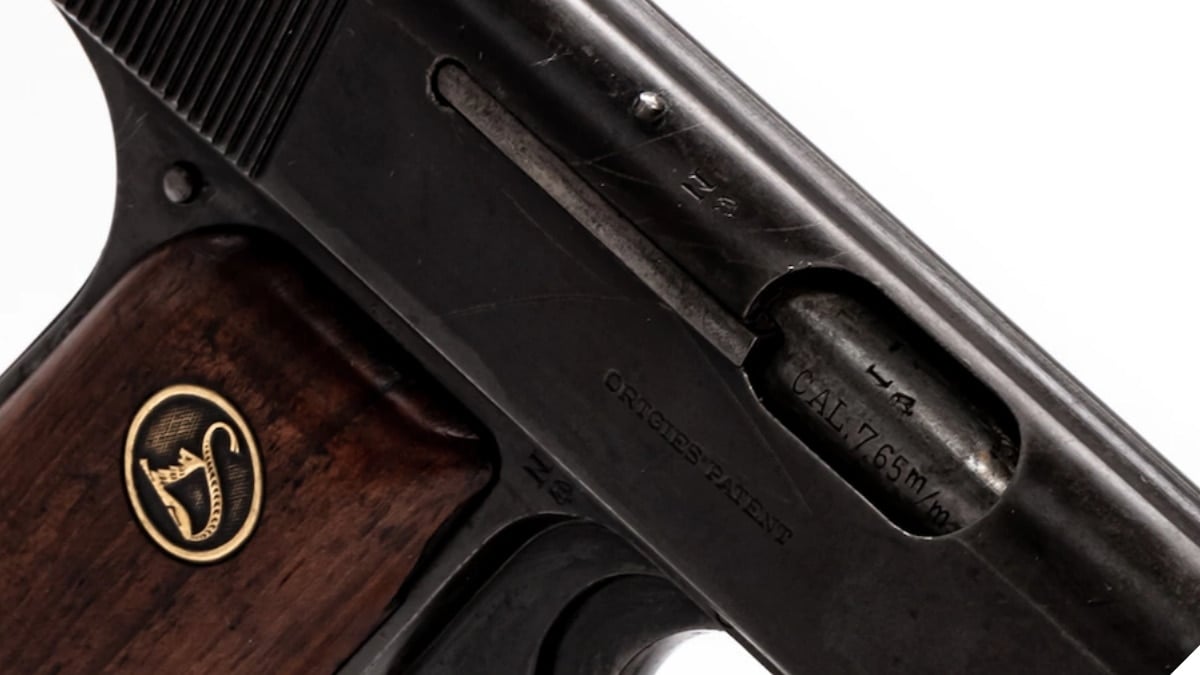 The Deutsche Werke-made Ortgies pistols are a curious installment in gun culture that survives today. (All Photos: Guns.com)

An obscure product of the 1920s, the German-made Ortgies pistol is an interesting design that never really caught on– except with collectors.

German merchant Henrich Ortgies (pronounced Ort-geese) took out at least 11 patents for his self-loading pistols, designs reportedly purchased from former FN and future Walther employee Karl August Brauning. The guns, pocketable semi-autos in .25 ACP, .32 ACP and .380, were first offered under the Ortgies banner in small numbers just after World War I ended and then, around 1920, the brand and patents were sold to government-subsidized Deutsche Werke A. G. who kept marketing for as long as they could. 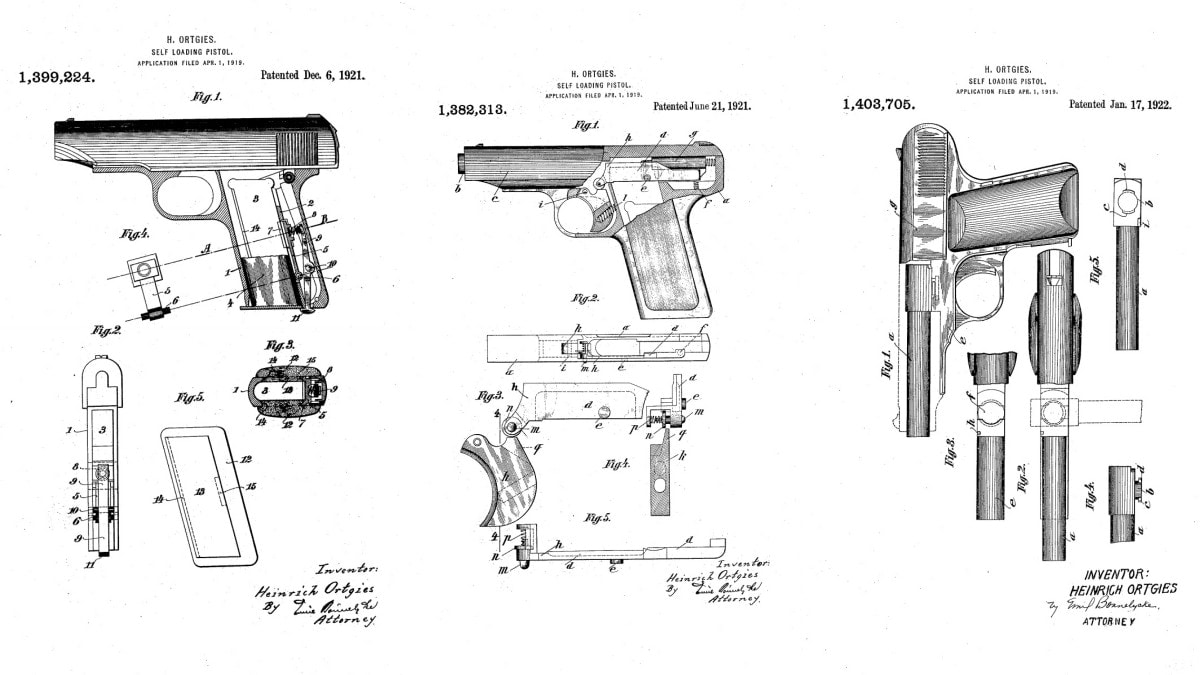 Ortgies filed almost a dozen patents for straight-blowback self-loading pistols between 1916 and 1921 and cashed in by selling it all to Deutsche Werke.

DW-made Ortgies was produced in two formats, a 6+1 vest-pocket version in .25 ACP with a fixed 2.75-inch barrel, and a pocket model in either .32 ACP (8+1) or .380 (7+1) with a similarly fixed 3.25-inch barrel. Both models used simple fixed sights and wooden grip panels, although the markings and panel medallions varied widely across production with Ed Buffaloe over at the Unblinking Eye cataloging at least six different generations.

Branded with “Ortgies’ Patent” Deutsche Werke produced these guns in Erfurt and Berlin as contemporaries of the FN (Browning) pocket models such as the 1900 and 1910, which were very popular on the global market at the time for both personal protection and police use as well as, in some countries, as a sidearm for military officers. 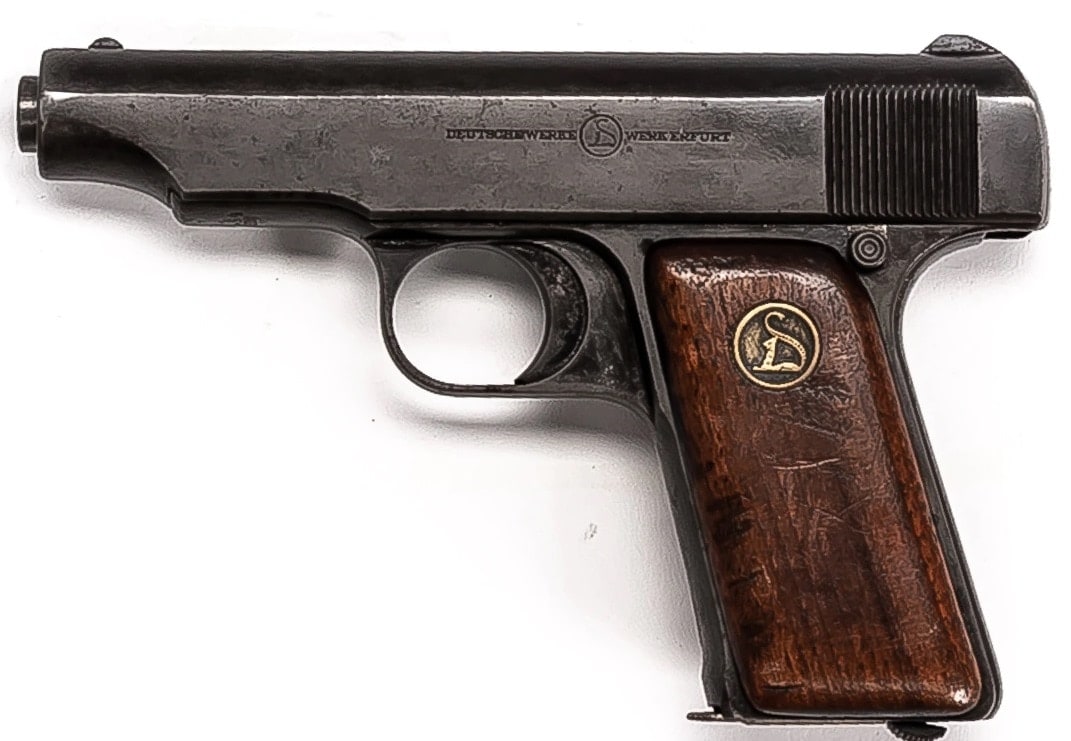 This .380 ACP Ortigies in the Guns.com Vault has a couchant cat with its tail curving over its head to form a letter “D” for Deutsche Werke. Very art deco and a hallmark of something you would expect from the 1920s.

It is believed that upwards of 250,000 DW-made Ortgies-patent pistols were made in a very short time, with the bulk of them sold overseas. The company was forced to halt production due to stipulations required by the Interallied Military Commission, who governed German arms factories during the Weimar-era occupation after World War I. 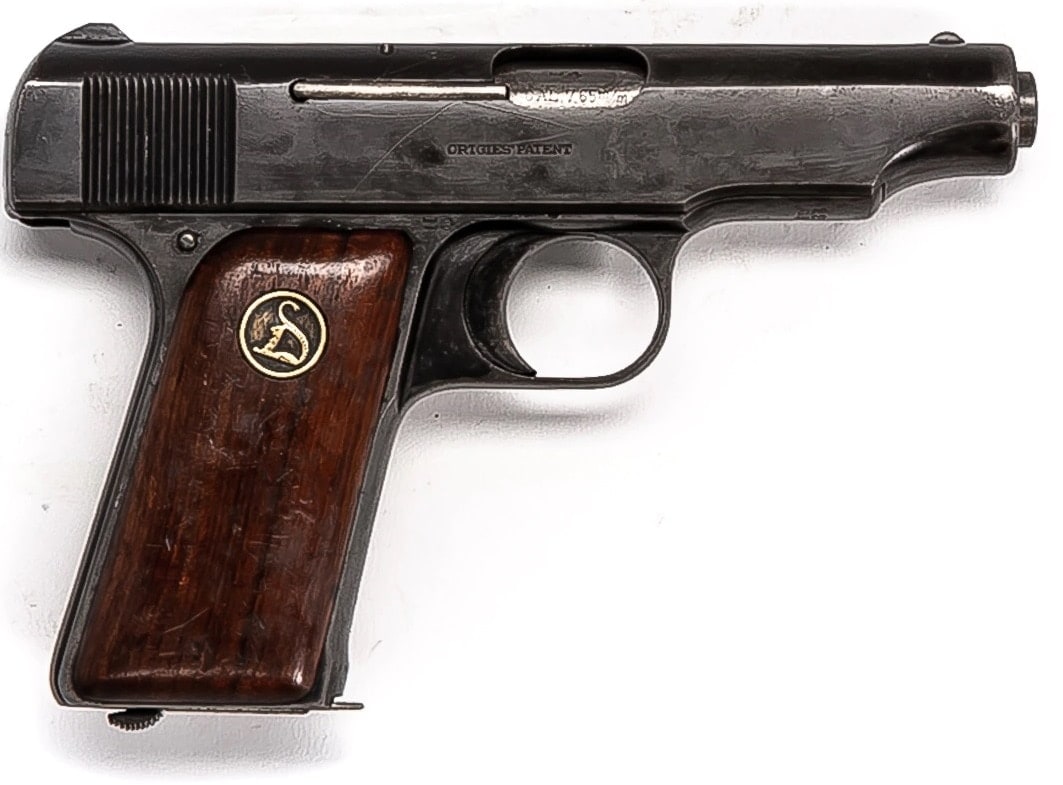 In the U.S. the guns were imported by A. F. Stoeger of New York, best known for their Luger distribution, and sold mail-order for around $7, which is about $100 today. 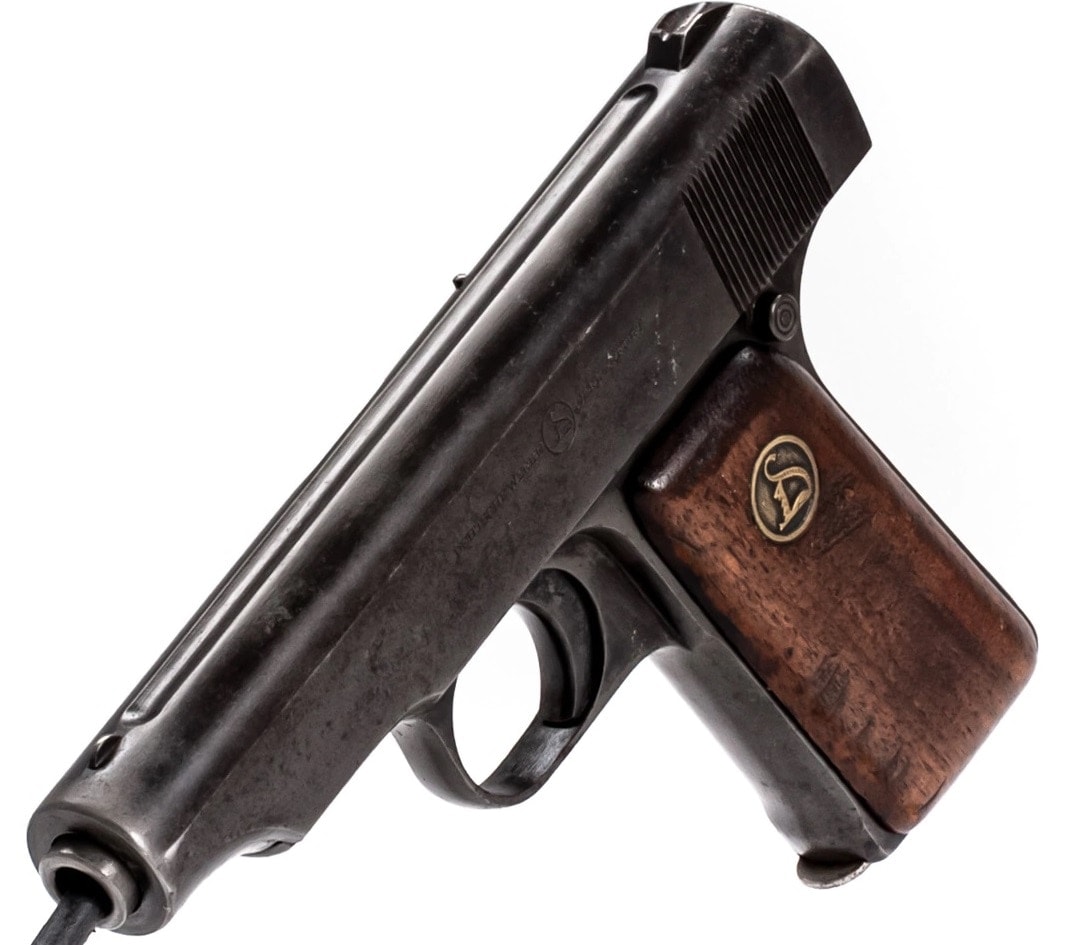 The steel sights would be billed by gun makers today as “low profile and snag-free!”

These guns were widespread enough in America that author J. D. Salinger of Catcher in the Rye fame included an Ortiges pistol in his 1948 short story, A Perfect Day for Bananafish. Meanwhile, the gun has popped up in several movies to include the George A. Romero classic Dawn of the Dead.

In more recent times, it, along with a whole catalog of period European pistols, has found a lot of on-screen time in the German 1920s noir crime series, Babylon Berlin, which has been burning up Netflix in its English dub.

Out of production for nearly a century, Ortigies pistols are simple but have a reputation of being well-made and reliable. Further, compared to other German-made handguns of its era, they tend to cost less than a Luger, Mauser, or Walther, which have kept them collectible, regardless of your feelings for bananafish.

If you like interesting guns like the Ortigies with a neat history behind them, head on over to the carefully-curated selection of firearms in our Military Classics and Collector’s Corner sections and see if you find anything that is the bee’s knees.

Have an Ortigies or something similar that you aren’t a fan of any more? Let us make you an offer!