Czech gunmaker Laugo Arms has been turning heads around the globe with their striking Alien series competition pistol and is in the final run-up to hitting the market in the U.S.

The company announced Tuesday via social media that their planned U.S.distributor, Lancer Systems in Pennsylvania, has been granted an import permit for the gun by federal regulators. With that, a series of administrative hoops are required in the Czech Republic to secure the export permit, which the company says should take a few more weeks before they "load it to the first available flight" to the States.

"Thank you all for your patience your wait is almost over and ALIENs are looking forward to their new owners," said Laugo.

Designed by Jan Lucansky, who previously gave the world the CZ Skorpion EVO3 series, the hand-fitted Alien first debuted last year at the IWA Outdoor Classics trade show in Nuremberg, Germany, and was accepted into the IPSC’s list of Production Division-approved pistols. 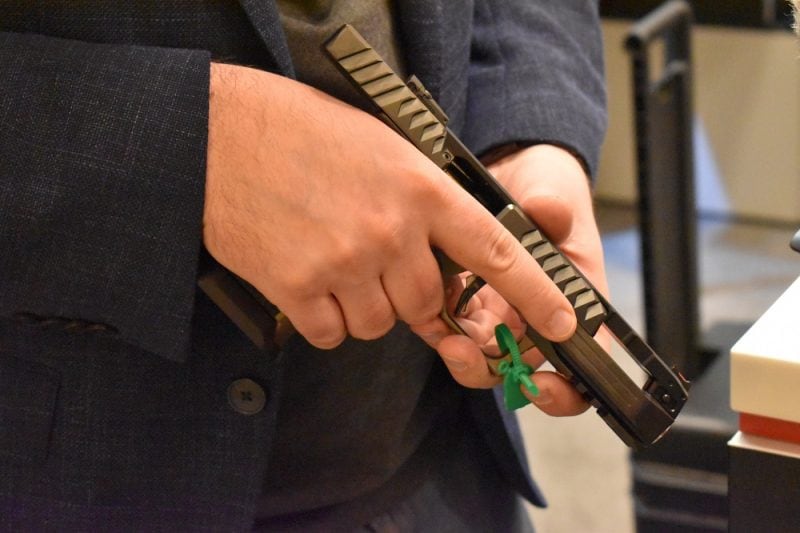 The 9mm semi-auto has what is billed as the lowest bore axis available on a handgun, with the positioning of its fixed barrel some 1.7mm below the line of the grip axis. 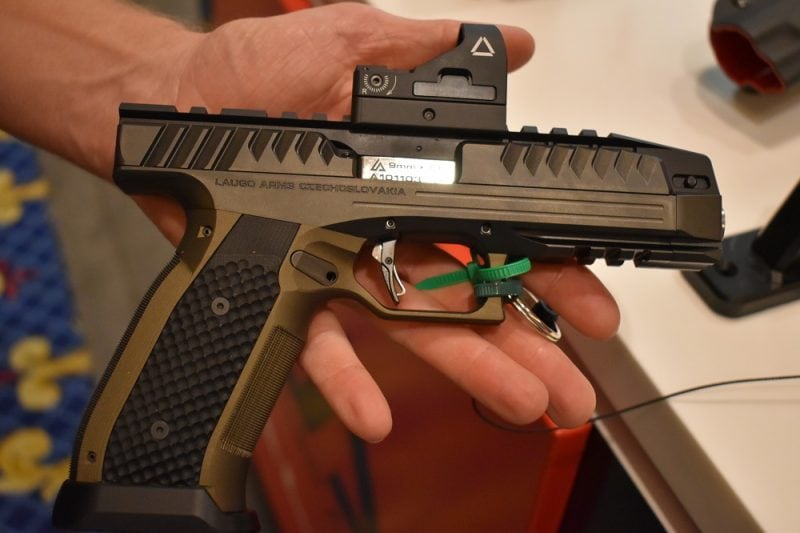 With an overall length of 8.2-inches, the Alien yields a 7.3-inch sight radius and 4.8-inch barrel length. The top plates can be easily swapped out due to the slide’s design. With a standard 17+1 round capacity, the gun weighs in at 39.6-ounces with an empty magazine. 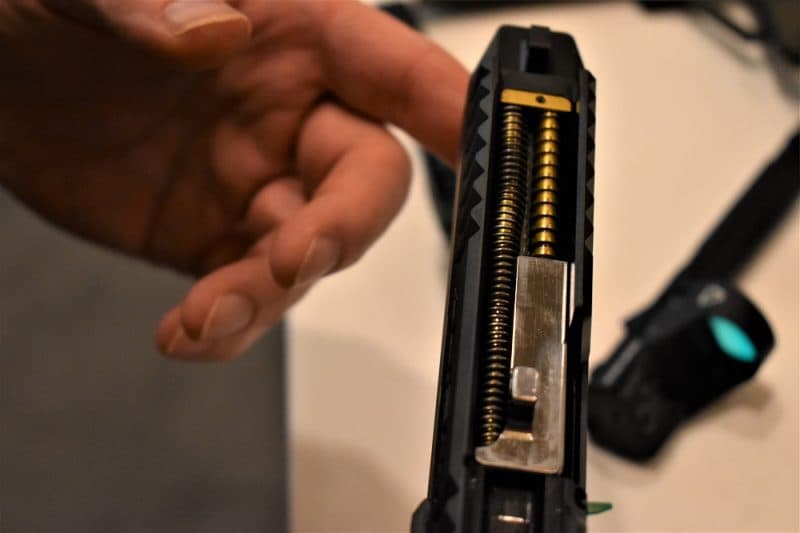 To help achieve a low bore axis, the Alien has very different internals, or at least they are arranged differently with the recoil spring above the fixed barrel, not unlike the Czech-made Frommer Stop series of pistols from the 1900s. 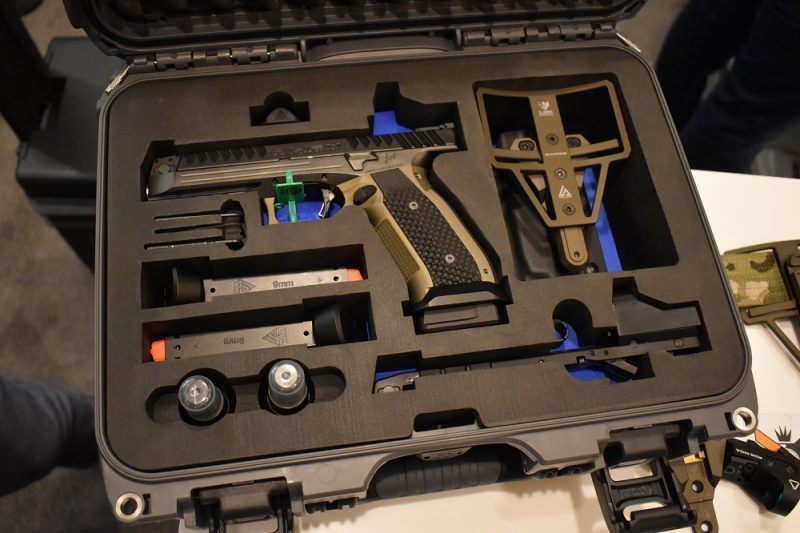 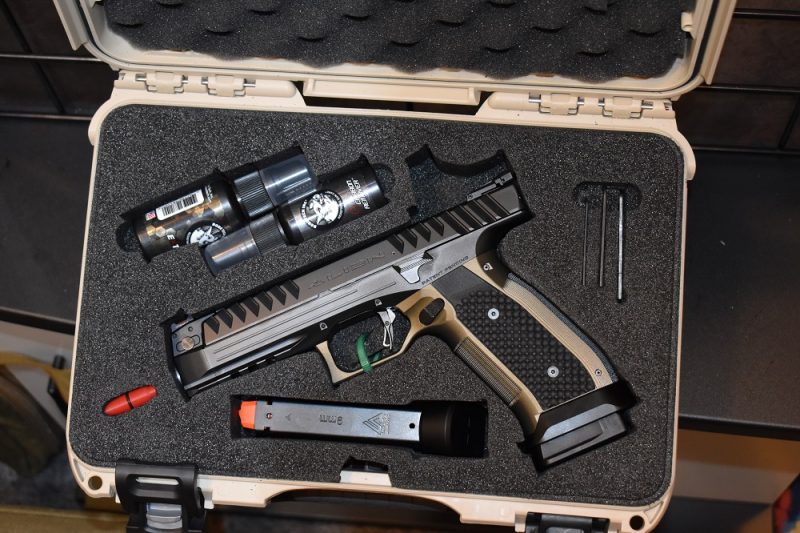 The standard model Alien, which comes with a more modest accessory layout, is price and availability TBD.

We got the first-hand scoop on the Alien at SHOT Show in January.  Czech out the below video for more details.