From the Guns.com Warehouse: The Hungarian Frommer Stop (PHOTOS) 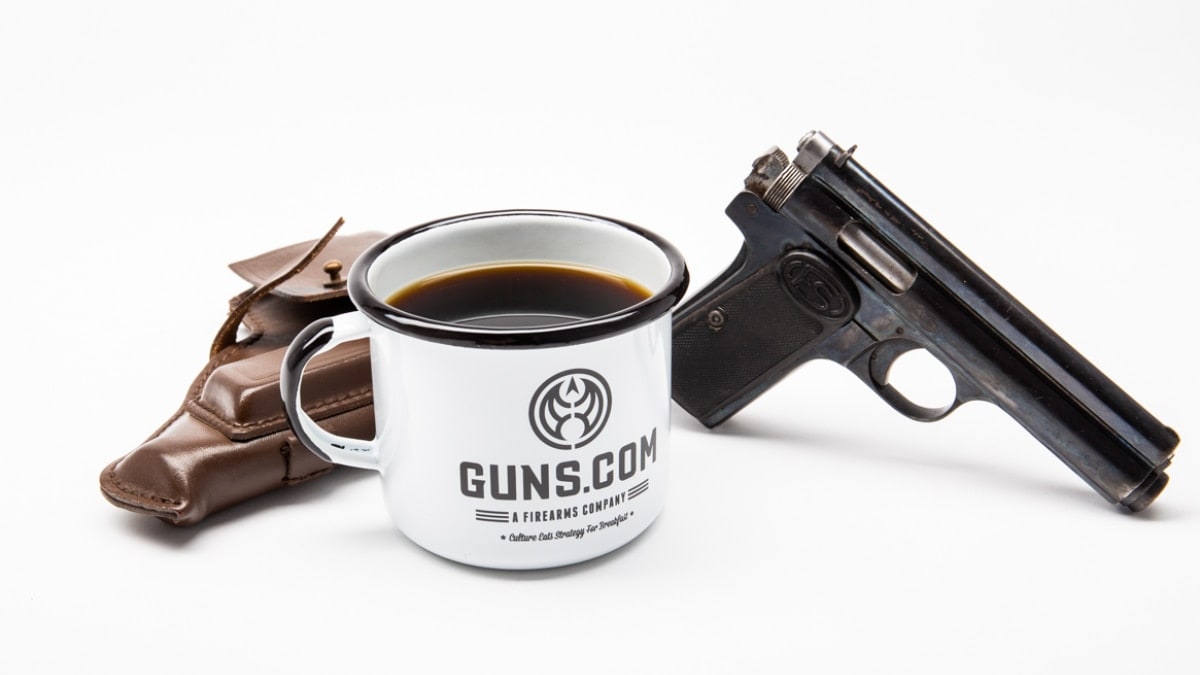 Delving into the Guns.com Warehouse, we bring you a vintage Hungarian-made handgun that is curiously over-designed. The story starts off with Rudolf Frommer, a bespectacled and balding banker who resembled the fictional Ernst Stavro Blofeld and, among other claims to fame, compiled the first Hungarian-German Stock Exchange dictionary of terms. Frommer was working for a Budapest bank in 1896, when the financial institution acquired Fegyver- és Gépgyártó Részvénytársaság (FEG, now one of the biggest water heater makers in Europe). However, at the time, FEG was primarily in the business of making small arms for the Honvédség, the Hungarian military.

Assigned by the bank to help reorganize FEG’s struggling finances, Frommer eventually went on to start contributing his own mechanical designs to the factory. Although he was not a trained engineer, he came up with some interesting early semi-auto pistols, filing his first of over 100 patents in 1899. Becoming the company’s Business Director, Frommer kept pushing forward with his own gun designs. 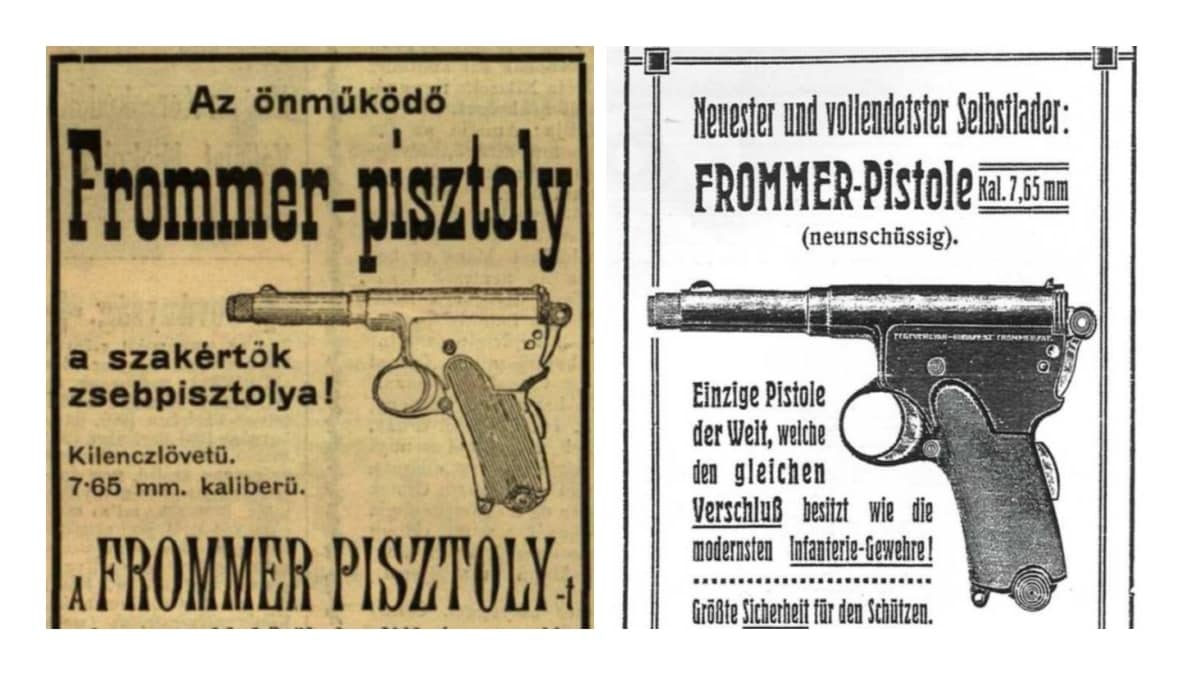 By 1910, Frommer had crafted his early masterpiece, the Stop (with some arguing the name alludes to its ability to “stop” a target). A relatively compact (22-ounce weight, 6.3-inch overall length) semi-auto in 7.65x17mm Frommer Long (basically a hot .32ACP), the Stop uses a peculiar three-lug rotating bolt long-recoil system with two telescoping springs located in a tunnel above the barrel. In effect, the barrel remains locked with the breech during recoil. As characterized by firearms writer Gordon Bruce: “It had been designed to fire a cartridge which actually did not require such a system in order to function correctly.”

Check out the spectacular recoil movement of a Frommer Stop in the below video from Forgotten Weapons.

Adopted by the Hungarian Gendarmerie as the Pisztoly 12M before World War I, when the Great War jumpstarted a need for more handguns, the Austro-Hungarian military, as well as allied governments in Germany and Bulgaria, purchased thousands of the guns in both the 7.65 Frommer/.32ACP caliber and 9mm. As noted by C&Resnal, the Austrians picked up at least 93,450 of the .32s alone before the end of 1918. 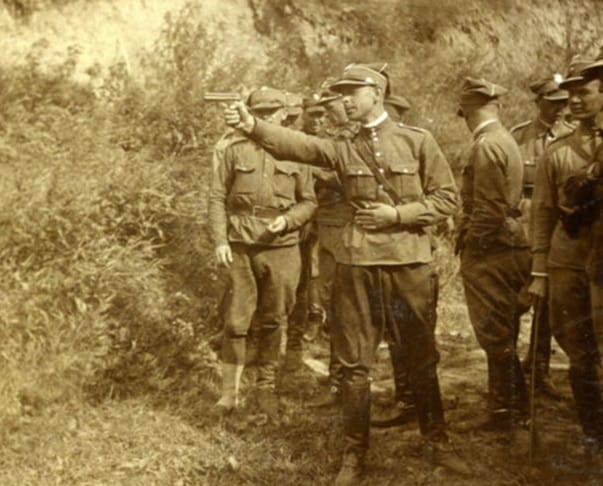 The gun was initially adopted by the Hungarian Gendarmerie as the Pisztoly 12M before World War I but would see service for much longer. 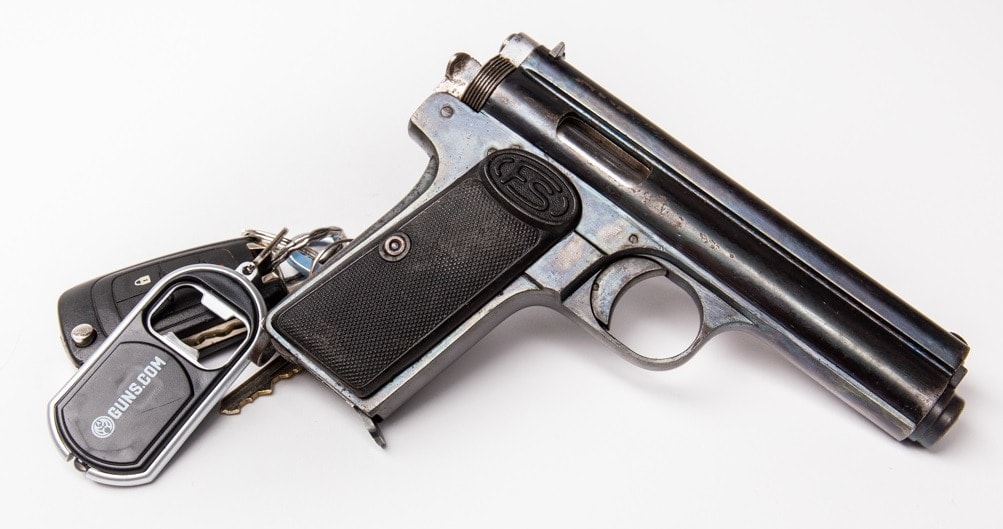 The Frommer Stop was a compact gun for its time, running a tad shorter than today’s Glock 43, although a bit heavier. (Photo: Richard Taylor/Guns.com)

Once Hungary broke off from Vienna and became independent, the Hungarian Army adopted the Frommer Stop as the Pisztoly 19M and it remained in production through the 1920s, later being replaced by other FEG-made handguns, with a total production hovering around 360,000 pistols. 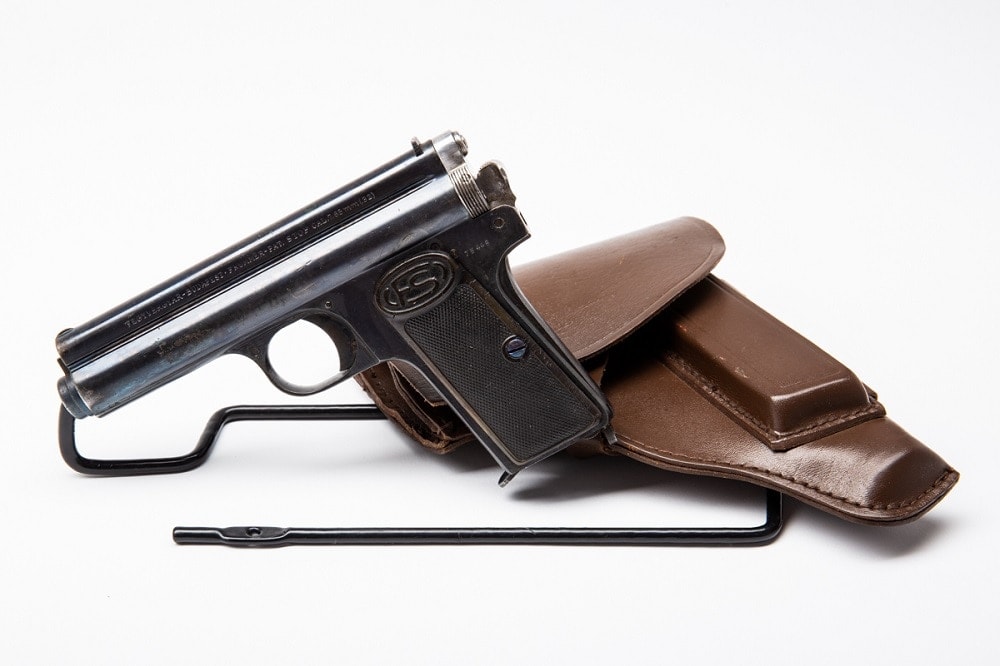 While Frommer went on to use the same style of operation for his Baby model subcompact, and the Austrians created a double-barrel pistol-caliber machine gun which was basically a pair of 9mm Frommer Stops sistered together upside down with extended magazines, the line basically died out by 1930. 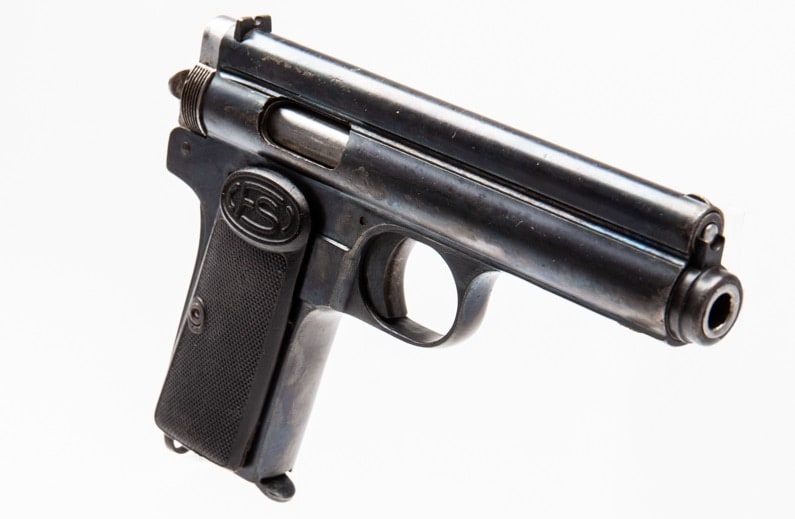 The gun in our warehouse has early plastic grips. (Photo: Richard Taylor/Guns.com)

Still, these classic handguns are highly collectible, often brought back from Europe by returning GIs after the World Wars. Typically, guns in working condition can be fired using standard .32ACP rounds.

To see more on this fascinating gun and the rest of our ever-changing inventory, head over to our used gun section. 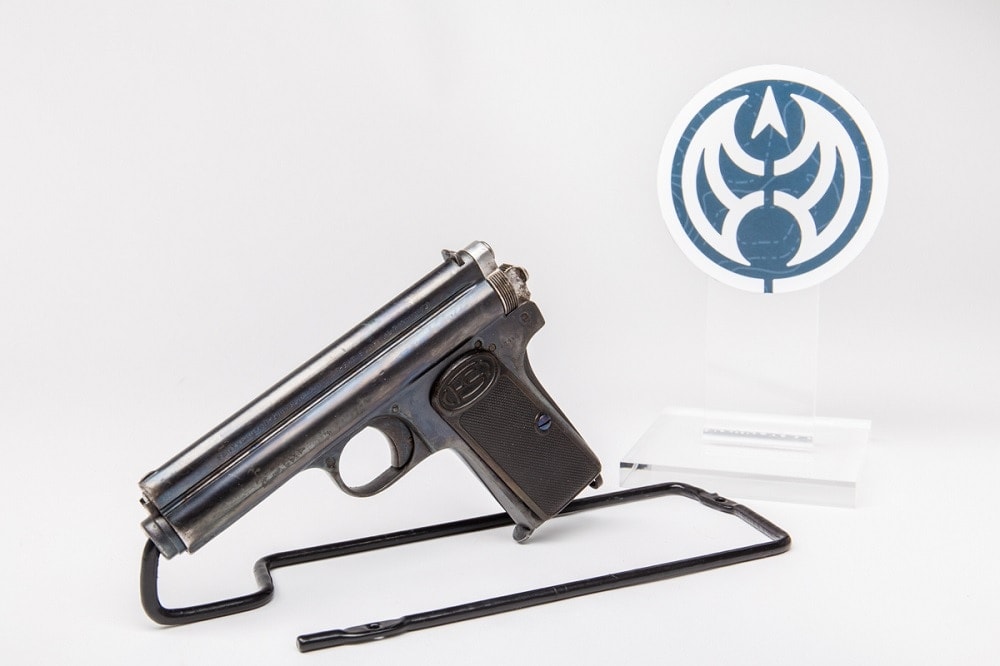 The gun uses a 7-shot magazine and examples were sold to the military of Austro-Hungary, Bulgaria, and Germany during World War I, Hungary continued to use them for military and police service into WWII (Photo: Richard Taylor/Guns.com)