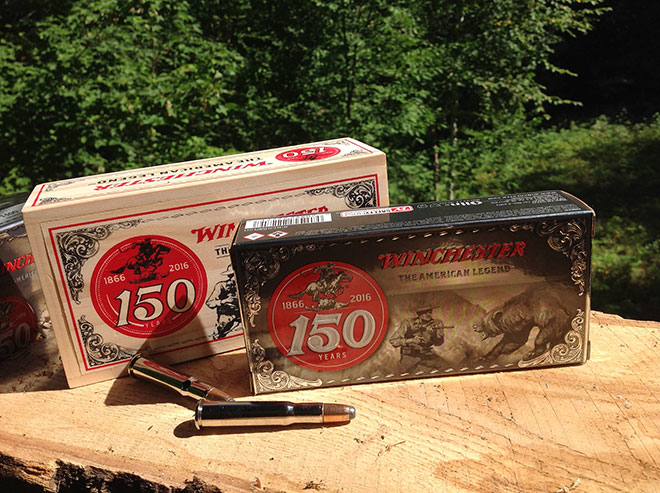 The iconic Winchester brand introduced in 1866 by Oliver Winchester celebrates 150 years of excellence in the outdoors in 2016. To mark this historic milestone, Winchester is producing a run of specialty ammunition to celebrate both its roots from the old west to the innovative products of today.  Making an initial appearance at the 2016 SHOT Show in Las Vegas, Winchester’s booth showed off giant models of the anniversary-edition boxes as well as historic images that have come to define the company. 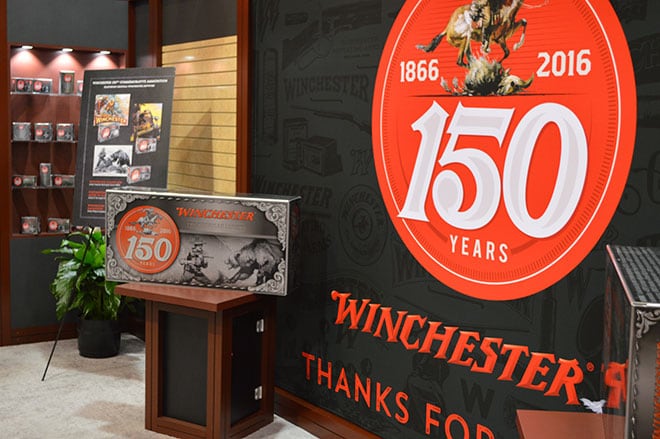 Winchester has long branded themselves as the American Legend, and it’s hard to argue with 150 years of success and dedication in firearms, ammunition, and gear that has served not only outdoorspeople, but the military, law enforcement, and beyond.  It is also near impossible to call any gun collection complete without at least one pre-64 Model 70 or a lever gun like the Model 1873 that “won the west.”  Likewise, it will be hard to fulfill any ammo collection or shelf of rounds without at least one box of the commemorative 150th anniversary ammunition.  Whether you shoot it or save it, unless for some odd reason you’re anti-American or anti-Winchester, it’s pretty cool.

How Winchester celebrates an anniversary

In addition to the ammo, Winchester is running a television series called “Winchester Life” as well as putting out 150th Anniversary publications and an interactive historical timeline on the website.  To top things off, for those with deep pockets, a little luck, and a lot of class, Winchester has put together a number of offering that are much more “limited.” 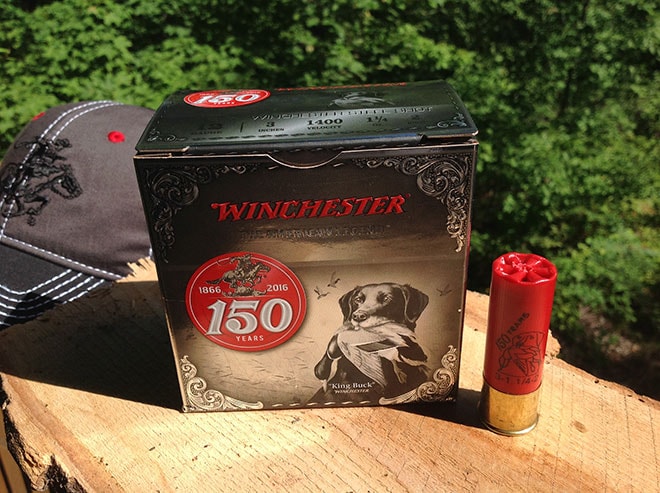 That includes five custom-built cartridge-firearm boards offered to industry conservation organizations in support of shooting sports and hunting heritage and ten hand-engraved rifles chambered in .44-40, Model 1866 “Yellow Boy” commemorative to be offered at specific trade and industry events throughout the year.  The rare and pricey 1866 Yellow Boy .44-40 lever gun remake, which history buffs will recognize as the first lever gun to wear the Winchester name, is generating plenty of buzz and auction hype.  So we’ll stick to the ammo for now.

The offerings have been staggered throughout 2016 in somewhat limited quantities, and not all have hit the shelves at the time of publication. Each box features classic Winchester artwork and embossed packaging, defining this unique and collectible ammo. Rifle cartridges feature nickel-plated shell casings. Shotshells wear the King Buck gun-dog artwork on red hulls.  The .30-30 ammo includes a commemorative wooden slide-top box with the raging bear.  Here are the offerings, in order of release: 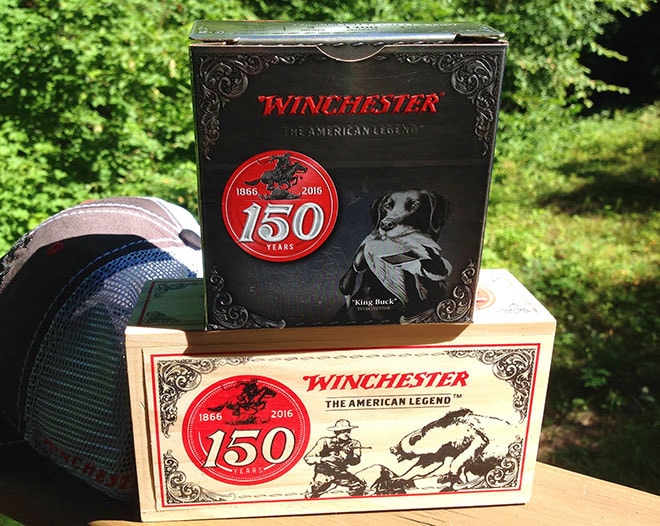 Winchester centerfire is loaded with Super-X Power-Points (PP) which feature an exposed soft-nose jacketed bullet.  Strategically-placed notches around the jacket mouth are intended to ensure uniform expansion. Of course, these are boxer-primed, reloadable cases. While these can certainly be shot, I’d sure like to put away a set of the four 150th anniversary boxes for posterity—or at least, for me to look at when I loiter in my woman-cave.

Though at the time of this writing, only the 12-gauge and .270 had officially been released, keep an eye on gunstore shelves near you for the final two boxes from the commemorative collection. In the meantime, we all wish Winchester a happy anniversary and hope to see what they have to offer in another 150 years.