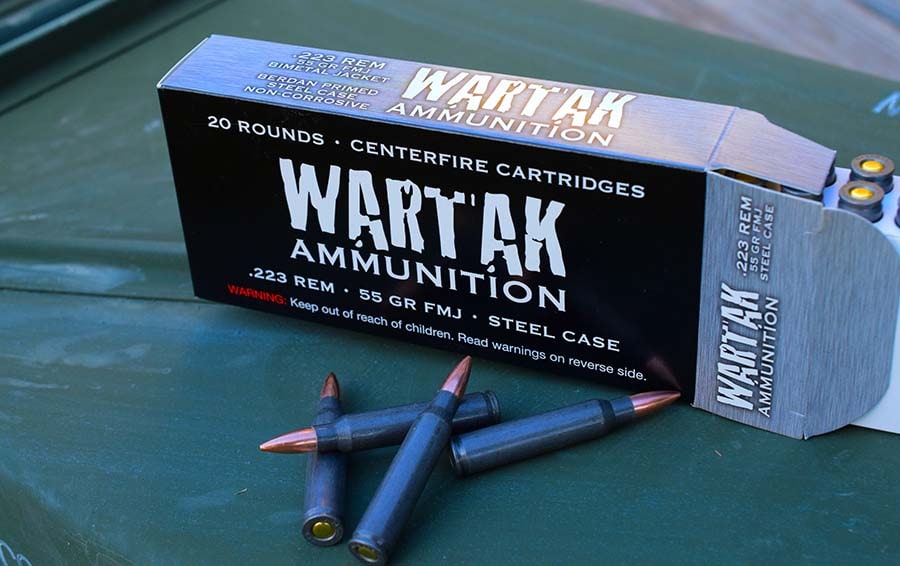 Wartak 223 may look like other steel-cased ammo, but runs like the military stuff. (Photo by Jim Grant)

A few months back I reviewed some 9mm ammo from Wartak, a company out of the Ukraine. During that time hostilities between the Ukraine and Russia were nearing a perceived boiling point and the future availability of the ammo was in question. While things in the Ukraine are by no means peaceful, they have stabilized for the time being and shouldn’t affect supply for a few months, if not years. Which is great, because Wartak is now importing .223 ammo at under $5 a box.

Center Mass Firearms in Las Vegas is importing and distributing Wartak .223 ammo and currently runs $4.78 for a box of 20 cartridges. Just like the 9mm ammo from Wartak, this rifle ammo is Berdan-primed, steel-cased and consists of a bi metal-jacketed lead core. Meaning, it will attract a magnet, so check with your local range before buying some for plinking. Speaking of plinking, I did a ton of it in the name of science — I swear! 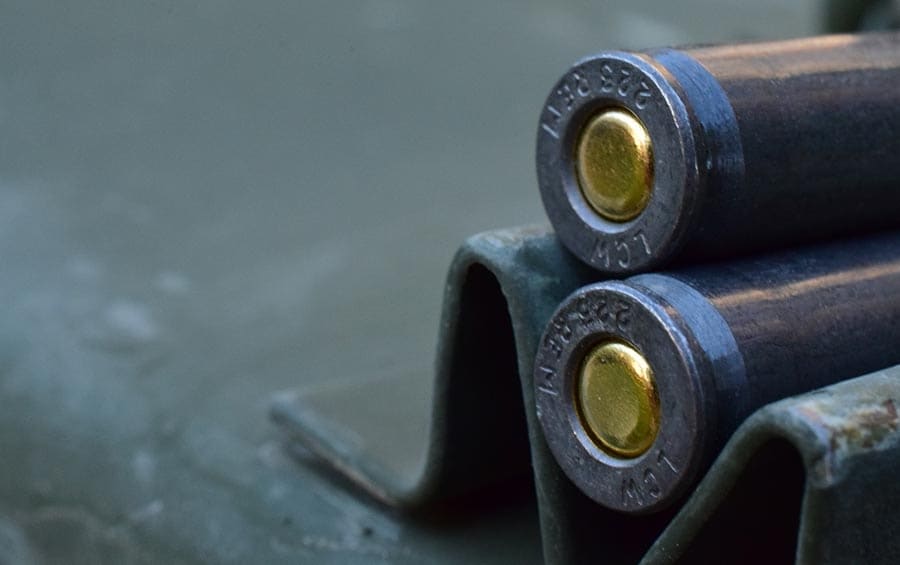 I put 750 rounds of Wartak through a Beretta ARX I had for review, 100 rounds through my BCM 20-inch AR15A3, and the remaining ammo through a friend’s AC556. Had I known in advance I could get trigger time on that full-auto Mini-14, I probably would have shot all 1,000 through it.  In all three guns no ammo-related jams occurred and only one jam overall. The jam that occurred was in the ARX-100 and caused by a rusted out magazine follower.

The 55-grain Wartak .223 ammo was nearly as accurate as military brass ammo and only slightly less powerful. Unlike many steel-cased ammo brands from former Soviet Union countries, Wartak ammo isn’t underpowered at all. This makes it an excellent plinking and training round since the recoil isn’t very different from the type of ammo commonly used in matches and home defense. 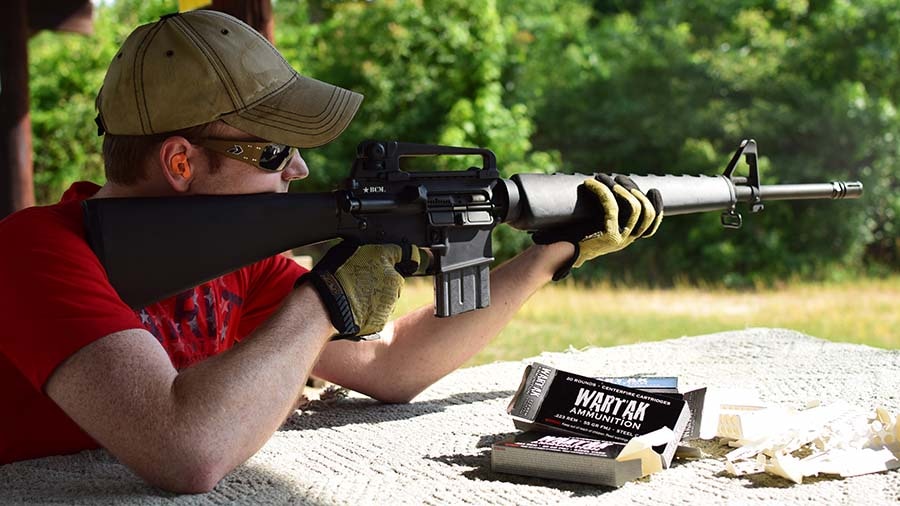 After firing 100 rounds through my AR 15, the rifle appeared slightly dirtier than with brass-cased ammunition. A fair trade, given the Wartak ammo’s inexpensive price. The only aspect of the ammo I am not thrilled with is the packaging — it’s too secure. Removing rounds from the inner box must be done either one at a time or by crushing the box and picking up the bullets. I discovered the latter method while opening 50 boxes consecutively. If you are planning a trip to the range, do yourself a favor and either load your magazines ahead of time or put the rounds in an ammo box for quick access.

Fort Knox packaging aside, Wartak ammo is a great round for both plinking and practice, and offers shooters a more powerful, accurate alternative to offerings from Wolf and Tula. While it doesn’t smell like perfume when shot, it doesn’t wreak of cat-piss like other steel cased ammo, which might make you a little more popular at the range.