Except, the SKS is made with the same old-world quality that made the M1 Garand so expensive to manufacture, especially when compared to the M16. Some of you Garand lovers are shaking your heads at the thought of a Russian weapon being as well-made as the venerable M1, but it’s true. Both the Garand and the SKS are milled from blocks of steel. Modern weapons, if they’re even made of steel, are constructed of heat-treated folded steel stampings. I’m not saying they aren’t as formidable, but they lack the indestructible construction that made both the Garand and SKS iconic in their home countries.

Designed by Sergei Gavrilovich Simonov, the SKS-45 was a replacement for the Mosin Nagant M91/30 and the SVT-40 rifles towards the end of the Second World War. Chambered in 7.62×39, as opposed to the heavy-hitting 7.62x54r cartridge of its predecessors, the SKS represented the shift in military thinking that was occurring at the time. The age of the intermediate cartridge, ushered in by the MP44 and STG44 assault rifles, spread East to the Soviet Union.

The Soviet military learned a tough lesson at the battle of Stalingrad. The high-powered Mosin Nagant M91/30 was ungainly for use in urban warfare, but the submachine gun didn’t have enough range to be useful in the open battlefield. History shows that Soviets and Americans both adopted select fire weapons in their own intermediate cartridges. However, the Soviets were more hesitant and first adopted a semi-automatic rifle in the new intermediate round, the SKS-45.

The SKS had a very short service life, due to its obsoleteness the day it was fielded. The Cold War embroiled the Soviet Union with the U.S. and its NATO allies. If it did not, the SKS would have likely never seen combat. Soldiers would have used the rifle for guard duty or as a training rifle in boot camp. As the Soviet Union spread the shadow of its iron curtain, its leaders felt they needed to arm their new satellite allies. Not wanting to give away their precious, newly adopted AK-47 rifles, the Soviet Union instead gave both SKS rifles and the machinery needed to build them to all their close allies. One such ally and the focus of this review, was The Republic of China. 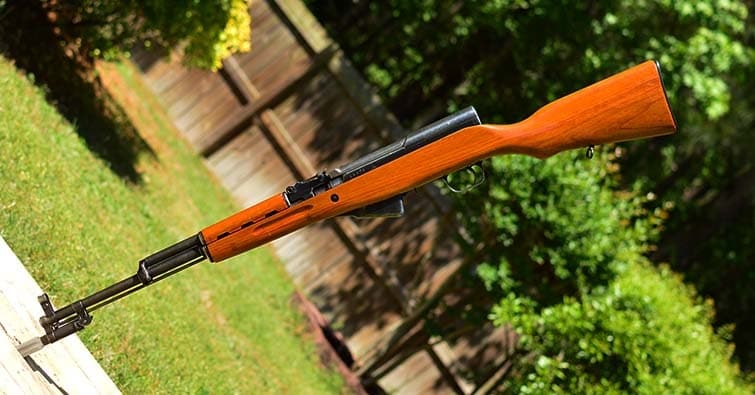 When China came to the aid of the North during the Korean War it had an extremely experienced military, filled with veterans of The Chinese Civil War and the Second Sino-Japanese War. The one thing it lacked was a standard military armament. During the Korean War, communist Chinese soldiers armed themselves with a hodgepodge of Soviet, French, Japanese and axis weapons from World War II. While these weapons ranged from excellent to utter garbage, the wide array of calibers used by these troops made supplying them a logistical nightmare.

In an attempt to rearm its military with standardized arms and competent military leaders, China requested aid from the Soviet Union who armed them with tanks, planes, various military equipment and the SKS rifle. Impressed with the carbine, the Chinese Army made a perfect duplicate called the Type 56. Later variants replaced the standard blade bayonet with a spike, but original models were identical clones of the Soviet rifle.

Weighing in at 8 1/2 pounds, the SKS soaks up the already mild recoil of the 7.62x39mm cartridge. The gun is easy to handle and the user can adjust the sights to very optimistic distances, but they are quite small for anyone wearing glasses. It also features a fixed internal magazine that holds 10 rounds, but higher capacity aftermarket magazines do exist. 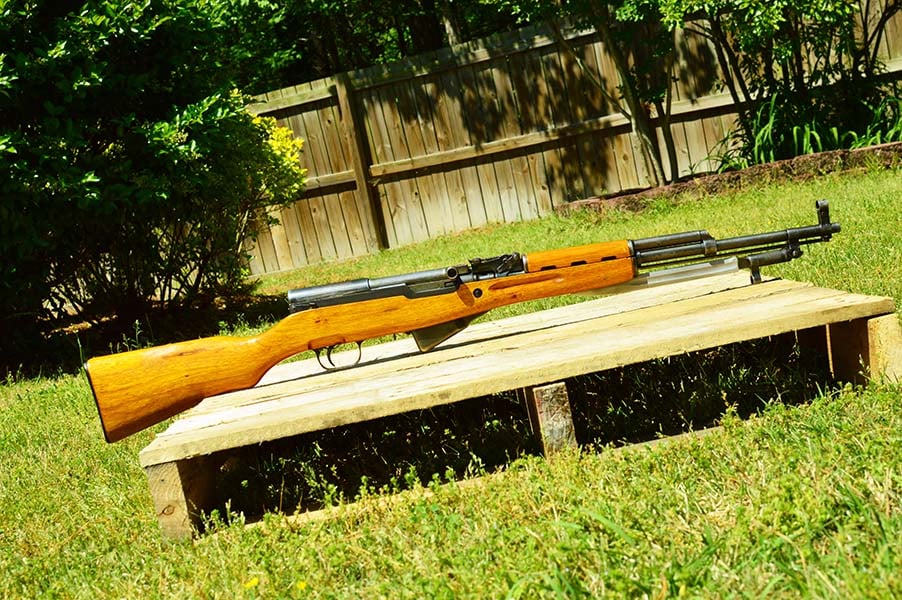 The Type-56 shares its name with the Chinese AK. (Photo by Jim Grant)

Pawn shops sell the Type 56 for cheap money (around $300) or you may be able to pick one up as a “gunsmith special” from retailers like Royal Tiger Imports, but heed this warning. You’ll need to remove all the cosmoline and most likely replace the wood.  Nevertheless, this is a small price compared to buying a Yugo for $500 or more.

A word of caution, SKS gas tubes are as rare as hen’s teeth and removing the wooden hand guard for cleaning can be very difficult on old guns. If you can’t get it to budge, clean out the tube itself and leave the wood alone. As you shoot the rifle, the trapped gases from the barrel will heat up the hand guard and bleed out the remaining cosmoline over time.

If you live in a state that restricts ownership of magazine fed weapons, but still long for the thrill of the glorious Soviet 7.62 round, the SKS made be your best bet to scratch that trigger-finger itch. While the SKS is not as versatile as its successor, the AKM, its still a formidable weapon with an extensive aftermarket parts selection thanks to previous model’s ultra low cost of ownership. The SKS also makes a wonderful first rifle for those who wish to skip rimfires all together with its low recoil and inexpensive ammunition.

If you’re looking for another addition to your Combloc collection, a first centerfire rifle or simply a companion rifle to your AK that utilizes the same ammo, the SKS is the rifle for you.