CZ American in .204 Ruger is a varmint's worst nightmare

Flat, far-reaching smooth and sweet. That about sums up the performance of the CZ Model 527 American rifle chambered in .204 Ruger.  If you love Mauser actions and blazing varmint bullets, this is the rifle for you.  But is it affordable and reliable enough to be every varminter’s dream?

CZ—or rather Ceska Zbrojovka of the Czech Republic—is imported by CZ-USA in Kansas.  Their 527 American line of rifles features a classic, American-style walnut stock.  The test gun wears a sporter-weight cold hammer-forged barrel; though heavy barreled options are available in the 527 Varminter line.

As a micro-Mauser, the Americans are basically a miniaturized Mauser bolt with true controlled round feed.  The 22 inch barrel sports a recessed target crown and clean blueing.  The rifle weighs in just over six and a quarter pounds with a 13.5 inch length of pull (LOP).  Sling swivels make both carrying and mounting a bipod a breeze.

The safety is of the two position type, with a manual firing pin block and bolt lock, and the safety is pulled crisply rearward to fire and snapped back into its forward position for safe.  One of the nicest features of the 527 line is found in the trigger group, where a set trigger takes an already clean pull of around two and a half pounds down to just under a pound. The American in .204 retails for $733.00, though I’ve seen it at dealers for considerably less. Southpaws interested in the rifle should note, CZ offers left-handed bolts built for them as well. 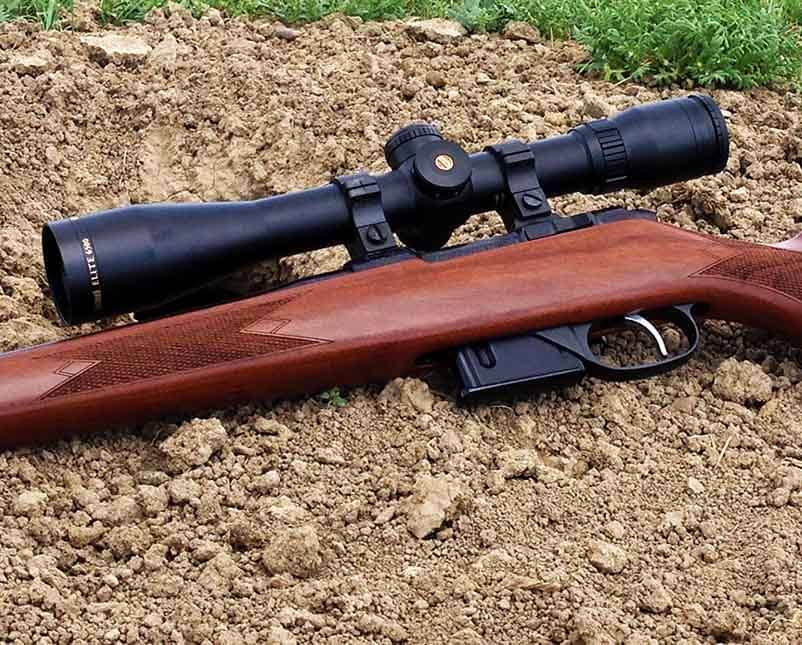 CZ provides one five-round magazine, as well as a set of one-inch steel scope rings for the integral dovetail mounts on the rifle. We acquired 30MM rings, as I also tested a Bushnell 6500 Elite 2.5-16×42. It is important to note that the 42MM bell on the 6500 fit with enough clearance in the provided CZ rings, and also allowed the scope to sit at the correct height for our test shooters.

The 6500 Elite was light enough to pair well with the rifle without overpowering it in appearance, but features a powerful enough optical magnification to bring out the maximum of the gun’s accuracy potential. The scope excelled in the field at ranges from 75 to 650 yards.  Although there are no iron sights, these rifles are obviously designed for use with optical sights only, just like CMMG’s Mk4 HT.

The CZ American 527 line of micro-Mauser centerfire rifles is offered in five calibers: .17 Hornet, .22 Hornet, .204 Ruger, .222 Rem,  and .223 Rem.  Though available in all those fine chamberings, my choice—luckily granted by the fine folks at CZ—is the .204 Ruger for its ballistic superiority at longer ranges.  Besides, I already owned both a .223 and .22 Hornet, and have long been intrigued by the .204.  Hornady’s .204 in 32-grain VMax advertises 4225 fps at the muzzle with 1268 ft/lbs of energy. Recoil is negligible with a snappy report.

I sought this rifle in preparation for a Western, long-range varmint hunt, suffice to say, my shooting partner and I sent plenty of rounds down range. Of the 1,500 rounds of Hornady Superformance that made the trip, it was mostly brass that returned home.  Thanks to the availability and quality of Hornady’s .204 Superformance ammunition, the rifle performed beyond our wildest expectations.  Though both 32 and 40 grain bullets did well, Hornady’s 32-grain VMax zipped out of the CZ’s one turn in twelve inches twist rifling with hair-splitting accuracy.  At the bench, the bore was cleaned every 20 rounds with Otis’s Elite Cleaning System. In the field, it ran upwards of 75 rounds without a cleaning, and even then, never outwardly required one. Accuracy made it easy to forget how many rounds had gone down the pipe, and the .204 Ruger round did not heat up as quickly as I anticipated.

Though I’m not always the biggest fan of drop-free, removable magazines, this one fits flush with the base of the trigger guard, looks clean is constructed of metal and does not interfere with rests for bench shooting. On the Western plains, subjected to incredible dust, heat, and abuse, neither the gun nor the scope missed a beat.  The CZ rifle fed as reliably as one would expect a controlled-feed Mauser action and the action smoothed itself out the more my partner and I shot it. Ringing gongs out to 400 yards using Kentucky windage at the range, blasting prairie dogs and rock chucks at the same ranges out West was truly effortless thanks to the CZ American rifle. 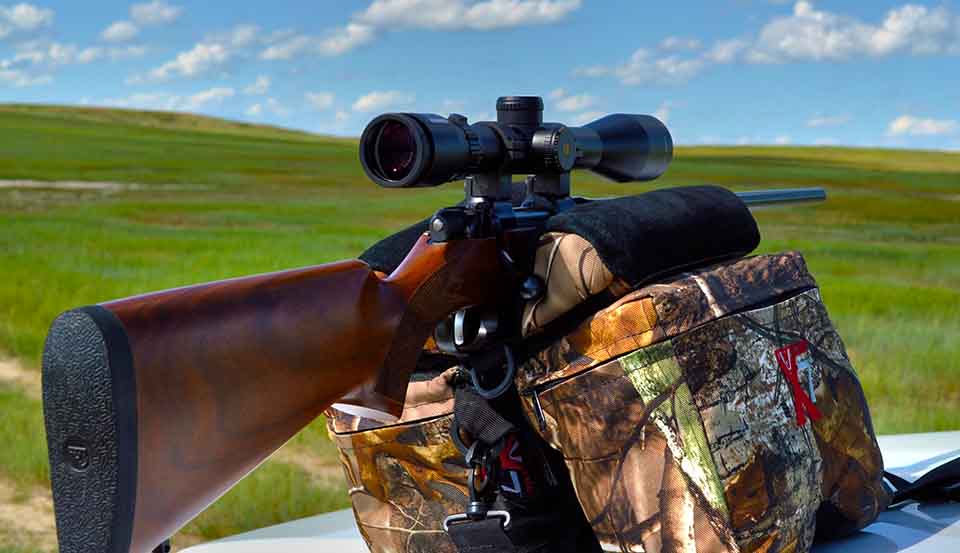 The 527 American is equally at home on a bench as it is in the field (Photo: Kristin Alberts)

If there’s any knock on the rifle—and it’s difficult to find one —it’s the somewhat plain finish of the rifle’s wooden furniture. Though plain of grain, the Walnut quality is still fine grade and very smooth in the hands with crisp, pressed-checkering.  While I cannot imagine much going wrong with these rifles, it is pleasing to note that CZ-USA’s Kansas-based customer service is exceptional.

While our test rifle was the American model with the sporter-weight barrel–in averse to the Varminter with the heavy barrel–we could not have desired any greater accuracy. In fact, after seasoning the rifle with several hundred rounds on the range, it settled into repeatable half-inch three-shot groups, and often better. The best of the five-round groups measured a mere third of an inch, at 100 yards with Hornady Superformance. Though I did not handload for the test gun, it may very well be possible to wring even more accuracy from the CZ bolt gun with rifle-specific round recipes. I did my best shooting at 300 and 400 yards ever, with the American, with a 100 percent success rate on four inch gongs at these distances. Naturally, I’m riding high on both the CZ American rifle and the .204 Ruger cartridge.  Metal ringing aside, the .204 American made short work of varmints. With no shots missed due to rifle or bullet performance while shooting the rifle from a Blackhawk bipod, a CTK Precision P3 rest or an X7 Bulls Bag.

CZ markets this gun as a micro-Mauser.  Well, if this is a micro-Mauser, count me as one of its biggest fans. I’ve always adored Mauser action rifles for both reliability and accuracy, and CZ’s American doesn’t buck this trend.  The CZ rifle is light enough for field carry, with a heavy enough barrel to maximize accuracy and affordable enough to dominate the market. The CZ 527 line of rifles is here to stay.