The M1 Carbine is a curious rifle. In wars dominated by overpowered rifles, the light-kicking .30 Carbine is an anomaly. Often, the compact rifle was mistrusted (and maybe misunderstood) by those that carried it. The M1 Carbine is a compromise made physical, not entirely a full sized battle rifle and not quite a pistol caliber carbine.

While the Warsaw Pact moved on to the now ubiquitous 7.62x39mm, the US kept experimenting with smaller, faster rounds. After its late-war entrance into the pacific theatre and their less-than-warm reception by US soldiers in Korea, the M1 Carbine was relegated to arming guerilla forces in Vietnam, before fading from history and relevance.  But Fulton Armory is overhauling old parts, keeping the carbines alive.  Their M3 Scout model makes what could be seen as a nostalgic period piece, into a solid, versatile rifle – especially with modern ammunition. 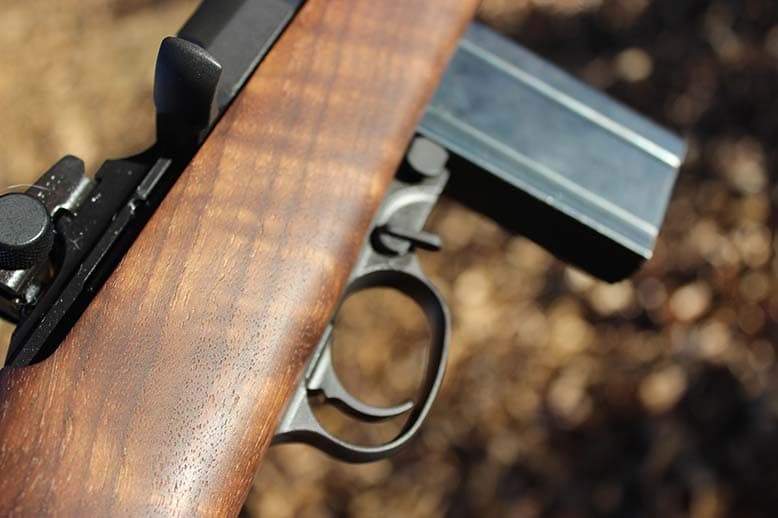 Most of Fulton’s M1 Carbines are faithful recreations of the originals, using original parts whenever possible. The guns are built in three variations: the standard M1 Service Carbine has all-wood furniture and is a faithful recreation of the original M1 Carbine, the M1A1 Paratrooper Carbine features an iconic folding stock intended for Airborne units and the M3 Scout Carbine is Fulton’s take on what the M1 could/should have been. Unfortunately, not the Vietnam-era gun with its massive infrared night vision scope and tremendous battery.

Fulton begins with receivers  precision machined and hand finished from a solid billet of 4140 steel, which meet or exceed all original USGI mil specifications regarding material, heat treat and geometry. Then they take other existing U.S.G.I. parts that are rebuilt, refinished and (if the rifle we have in for review is any indication) perfect. Then they dress the rifle with hand-selected Walnut stocks that are hand-finished with period-correct linseed oil, before installing match-grade barrels in your choice of standard or chrome-lined.

All of the pieces are assembled in Fulton’s facility in Maryland. For those who truly know their history, the M3 Scout still comes with a type 3 barrel band and bayonet lug. The handguard, though, has been upgraded to a picatinny scout rail, made by UltiMAK. While not period-correct, the resulting gun has the nostalgic feel of the Service Carbine and more options for easily mounting optics in front of the receiver. If you change your mind about the rail later, it’s fairly straightforward and easy to replace with a wooden handguard, if you want to preserve the historical feel. 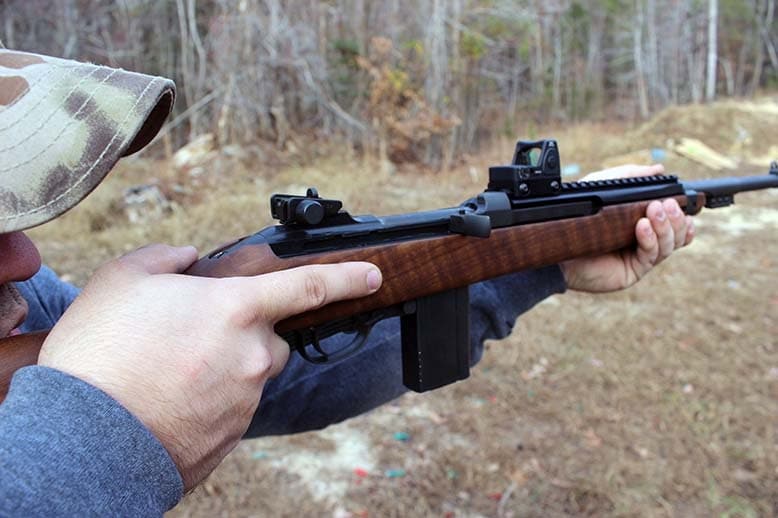 The rest of the carbine’s statistics are pretty typical. The M3 weighs in just over five pounds, the barrel is a full 18 inches and the iron sights are standard mil-spec aperture-type. The M3 ships with one 10 round magazine, a canvas sling, an oiler and an owners manual. To round out the package, Fulton Armory offers their Precision Guarantee: 3 MOA (with Federal American Eagle Ammunition). Which might not seem impressive on paper, but is better than the typical M1 Carbine tends to shoot. 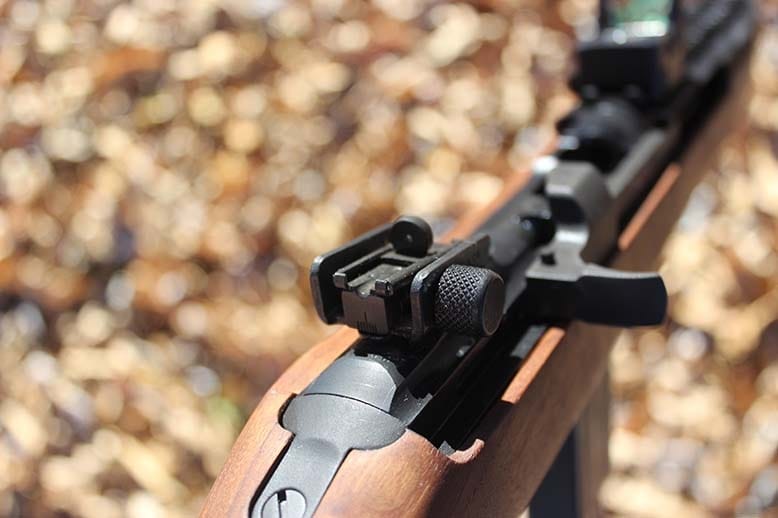 When I first unboxed the gun at the counter of my local gun shop, I was pleased. The fit is fantastic and the finish on the steel is clean and even. Since I was taking a gun I’d never touched before out of a box in an unknown condition, I ran the bolt back to make sure it was empty.  That’s when I knew this was going to be a difficult review to write. The Fulton Armory’s M3 Carbine is built with a level of precision almost impossible to articulate in print.

The bolt slides back with the same effortless ease as the slide on a Cabot 1911. The camming parts seemed to glide past one another it’s so incredibly smooth. The charging handle pull is even, consistent and doesn’t stack — even when the spring is completely compressed. It has to be experienced to be fully appreciated.

I’ve handed the rifle to dedicated black rifle devotees who could care less about anything made of real wood and watched as they worked the bolt back and forth, again and again, just feeling the steel glide on steel. The mesmerizing feel of flawlessly machined steel on steel is addicting, almost cathartic.

The stock is also worthy of note. While I prefer low grade walnut on service guns – the type of plain wood that looks better as it shows signs of hard use – the Fulton Armory rifle’s stock keeps with the heirloom quality of the rest of the rifle. This furniture has a deep luster only visible when the light hits it just right, not unlike the deep bluing found on high-end guns from the 1920s. It isn’t ostentatious, by any means, but I’m not going to toss the gun in the bed of the truck, either. 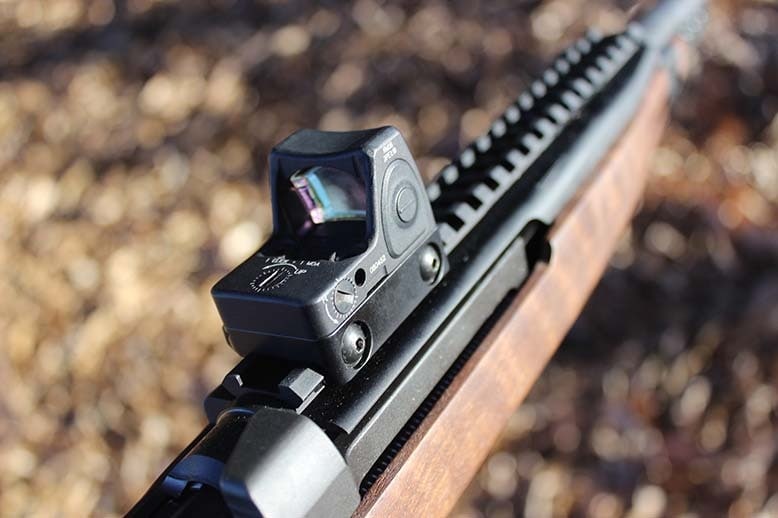 The appeal of the modern M3 Scout concept

Let’s take it back a step and talk about the .30 Carbine. The old 7.62x33mm uses a .308 inch bullet, usually around 110 grains, and propels it out of an 18 inch barrel, close to a very formidable 2,000 fps. It smokes most pistol rounds and doesn’t waste energy like some rifle rounds. If you look at the .357 magnum results from Ballistics by the Inch, a 110 grain Cor Bon JHP leaves an 18 inch barrel at just 1,718 fps. I think the .357 is a good way to think, metaphorically at least, about what the .30 Carbine round can do.

Aiming the M3 is a hell of a lot faster than a .357 revolver. It features greater ammunition capacity, faster reloads and it is nearly as maneuverable, thanks to its compact 35-inch length.

It was designed to stay out of the way, but still provide accurate stopping power out to 300 yards.  While I’d rather have a .223 for shooting at those longer distances, the maneuverability of the M3 Scout’s slim profile has its appeal. The gun is a natural inside a house or vehicle, yet some people will still judge it as irrelevant, because it looks like an antique. With the picatinny rail above the handguard, allowing for the forward positioning of scout scopes or red-dot optics (like the Trijicon RMR we have on here), the gun becomes a serious contender. It can hold its own against any pistol caliber carbine I’ve ever shot and the solidity of the wood and steel offers a more durable platform than some of the polymer framed carbines on the market. The M3 costs more, but you’ll pass it on to your kids. 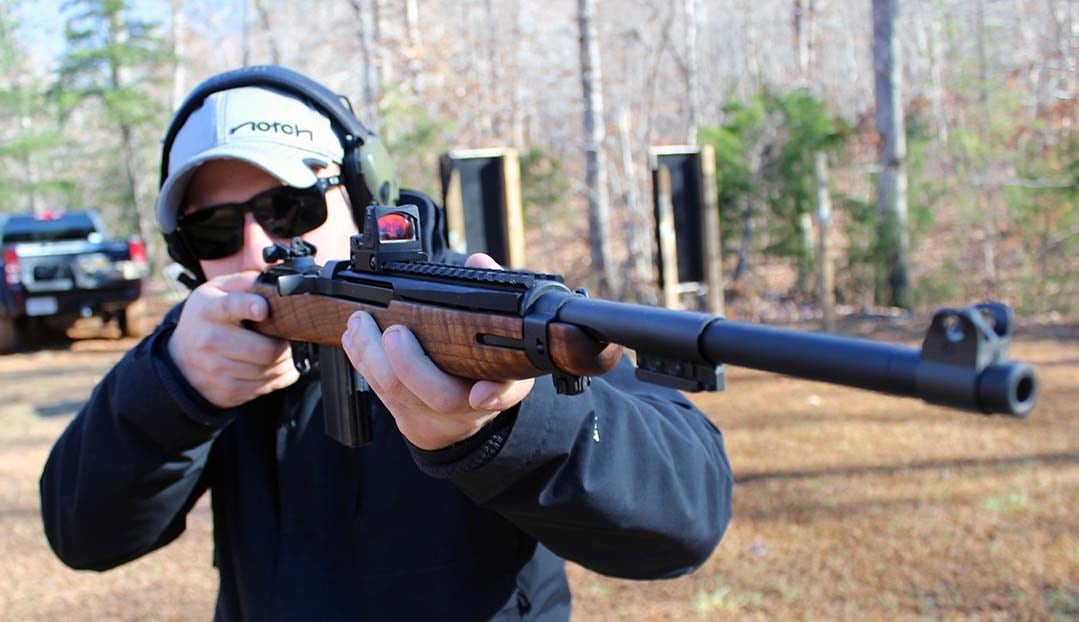 I’ve taken this rifle to the range on five separate occasions and have yet to find fault with its construction or performance. While Fulton Armory guarantees 3 MOA accuracy from the rifle, mine has well exceeded that mark. Only off-hand shooting produced results above 3 MOA and this was due to the shooter, not the rifle. The rifle functioned flawlessly during tests. The action loaded and ejected shells perfectly, even with a large numbers of rounds fired between cleanings. I had fired more than 300 rounds down range before cleaning, because I wanted to, not because the M3 needed it.

Ammo can be an issue. .30 Carbine rounds aren’t as easy to come by as they should be. When I began this review in the winter of 2013, there were only a couple of varieties readily available. However, as the ammo drought has begun to let up, there are more varieties available. They start at about $.40 a round, though. Meaning practice will be pricey. Hornady may have nailed the cartridge with their FTX Critical Defense. That round performs well in the M3 and it maximizes the potential of the M3, making it ideal for home defense. 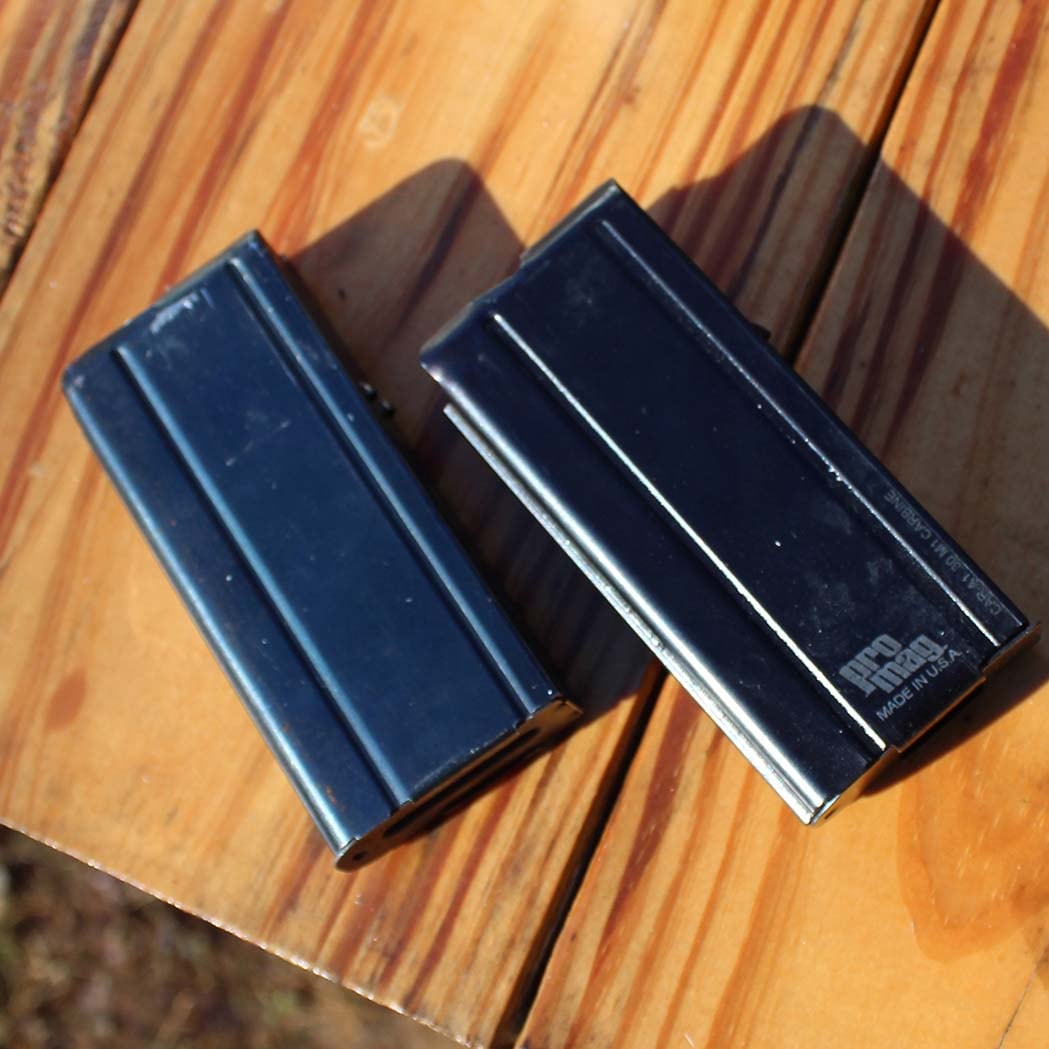 Even with imported ammo, we had no problems shooting into 3 MOA. Our best group was 2.35 inches across. The irons are reliable and as useful as most of the guns of that era. With the RMR on top and the dot dialed way down, we had similar results. This isn’t a sniper rifle and .30 Carbine, even from a match grade barrel, doesn’t have a tack-driving reputation.

Instead, the M3 is a rifle designed for fast action and defensive accuracy. To that end, we ran it on a series of steel challenge courses. Instead of standing dangerously close, we stood about 50 yards out and peppered the plates. With the M3’s smooth trigger and the balanced weight of the gun, split times were fast. Recoil is minimal, you can move from target to target without having to reset your sight picture. There’s an inherent joy in popping 8, 10 and twelve-inch plates as fast as you can pull the trigger.

Clint McKee, the President of Fulton Armory, was more than generous with us in the preparation of this piece. We contacted him ages ago with what must have seemed like a random request.  The M1 Carbine isn’t our typical review here at Guns.com, as almost all of the guns at Fulton are built to order. While most companies simply pull a gun from the warehouse, Fulton built this carbine just like they would for any of their orders and sent it on, in good faith and we’ve been living with it for way too long. Their patience and service are worthy of note and that’s an extra that I can’t capture in pictures or video.

It matters. Your experience with the end product is one thing. If our experience with Fulton Armory is any indicator, your dealings with them will greatly exceed your expectations. The work they do with their rifles and with preserving the military history of our country is exceptional.

Fulton Armory’s M1 Carbine resurrections are much more than retooled relics. They are more than nostalgic recreations of the past. The Fulton M1 is a modern masterpiece that deserves its own consideration. The M3 has an MSRP of $1,599.95. That may be expensive for nostalgia, but that’s a bargain for this rifle.