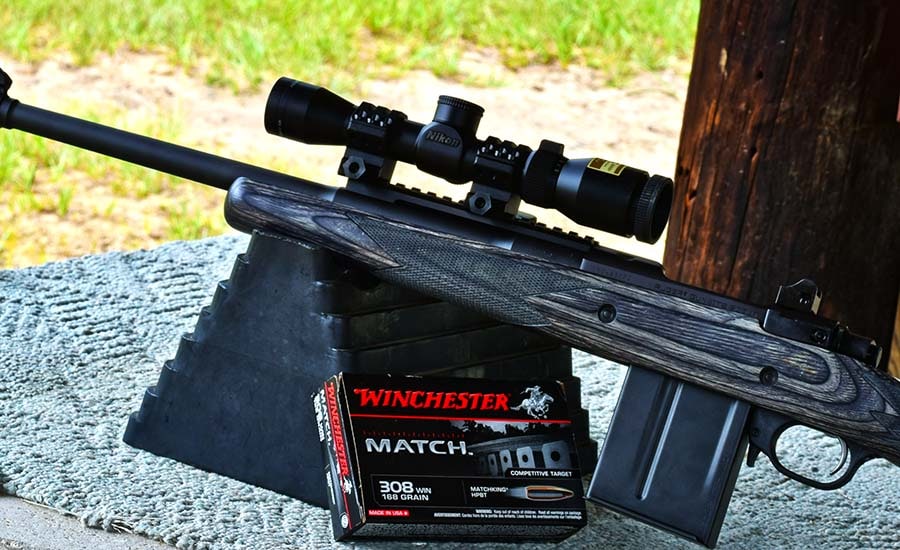 The first time I ever heard of a scout rifle was in the video game, “Counter-Strike” back in 1998 and thought the Steyr Scout was simply a type or brand of rifle. The unique setup didn’t translate well from the digital world because the developers had the rifle setup like any other scoped bolt-action weapon back in the early versions of the game. It wasn’t until three years later when I was attending an Appleseed shoot that I learned the what a scout rifle was, after handling a fellow shooter’s pseudo scout rifle. I remember distinctly that the rifle was a Springfield Armory M1A Socom 16 rifle in .308 Win, with its scope mounted about 8 inches from the muzzle. 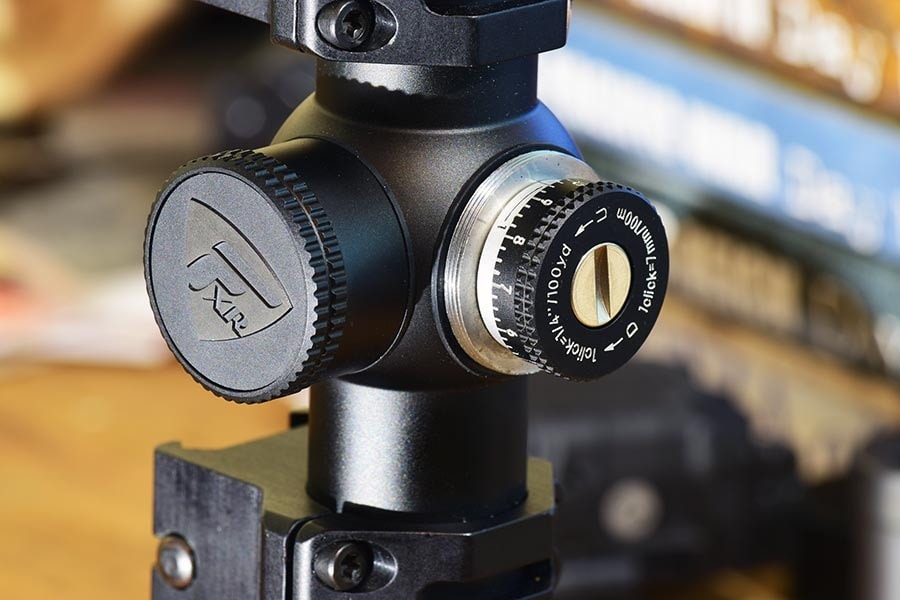 I asked the shooter how he was able to use a scope mounted so far forward and why he would do such a thing. Laughing, the gentleman replied that it was scout rifle setup designed to expedite target acquisition while maximizing situational awareness. Skeptical, I repeated my previous inquiry on sighting the gun and he explained how he used a pistol scope from Nikon because handgun optics have extremely long eye relief.

Still outwardly obstinate, the gun’s owner asked if I’d like to give it a try. Never one to miss an opportunity to shoot a new gun, I hurriedly agreed. The concept seemed meritless right up to the moment I sighted in the rifle. Presented with a magnified image of my target while maintaining my peripheral vision, the concept finally clicked.

So when Ruger sent me the new Gunsite Scout for review, I knew precisely which optic-maker to go to, Nikon. As a fan of both its camera lenses and spotting scopes, I have extremely high expectations for its pistol optics. When the Nikon Force XR 2.5-8×28 Matte BDC scope arrived at my door I was pretty excited to rekindle the excitement of shooting that M1A scout rifle. 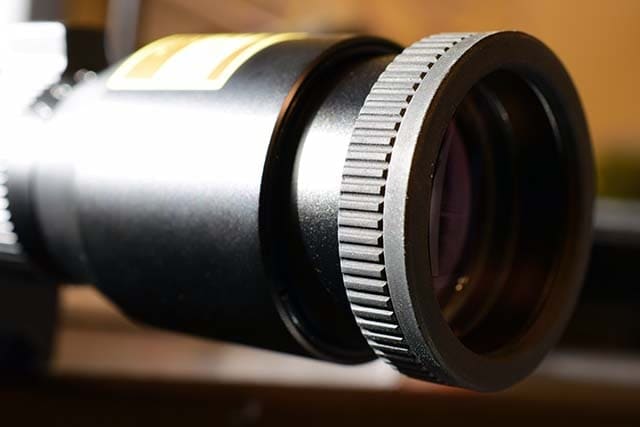 The Force XR has an adjustable eyepiece that allows shooters to alter the optic’s eye relief to suit them. (Photo: Jim Grant)

Utilizing a 1-inch tube and a 28mm objective, the Nikon scope delivers crisp, clear images with a field of view between four and one-tenth and 13.1 inches at 100 yards. This FOV may seem somewhat limited, but as a pistol scope, the shooter normally has at least 8 inches of space between his eye and the scope, allowing for  a tremendous amount of peripheral vision to aid in target tracking. Concerning eye relief, the Force XR’s eye relief is adjustable by rotating the objective piece, bringing it further or closer to the viewer’s eye. This accounts for both individual arm length and weapon type.

In anticipation of an upcoming SilencerCo photoshoot, I mounted the Nikon Force XR on the Ruger Gunsite scout rifle and headed to my local range to zero. Having only limited experience using scopes with such long eye relief, I was initially hesitant to continue using the optic. It wasn’t until my range buddy called out targets between 50 and 150 yards for me to engage, that it really began to grow on me. Finding and engaging targets at unknown distances is extremely quick, if not as precise as a normal telescopic gun sight, allowing me to transition from target to target twice as fast I would normally be capable with a scoped bolt-gun.

One feature that is a strange choice, is the BDC or bullet drop compensator reticle featured on the Nikon. While such a reticle is extremely useful for a scope designed for long range precision shots, it feels out of place on either a pistol or scout optic. While the design wasn’t as obtrusive as either the Soviet echelon style or Zeiss grid, it still slightly slowed down my time to engage targets. Though, when mounted on a big bore revolver whose rounds tend to have rainbow trajectories, the BDC is useful for holdover shots at estimated ranges.

A bolt-gun, quality scope and sound suppressor make for an enjoyable day at the range (Photo: Jim Grant)

After spending a few weeks behind the Nikon Force XR 2.5-8×28 scope, I’m very pleased with it’s performance, especially for its low $289.99  MSRP. The Force XR makes a great addition to a long-barreled hunting revolver or short scout-type rifle for just a hair more than a throw-away Chinese optic.After extensive testing, it holds zero and stretches the effective range of your favorite hunting handgun without restricting the shooters vision.