Glocks – you either love them or hate them. But regardless of the feelings they conjure it’s undeniable that the debut of the Gen 5 lineup spurred heated debate in gun stores across the country. Though many suspected the company was upgrading its handgun series, already touted as “perfection,” the official announcement sent fanboys into a tizzy. The question remained, though.

If Glock were already so-called perfect, what could the company do to improve the design?

Luckily, Glock was kind enough to help us procure the answer, lending Guns.com a pair of Gen 5 Glocks – a G19 and G17. I tackled the compact, concealable G19 last month, so now it’s the full-size G17’s turn to go under the metaphorical microscope. 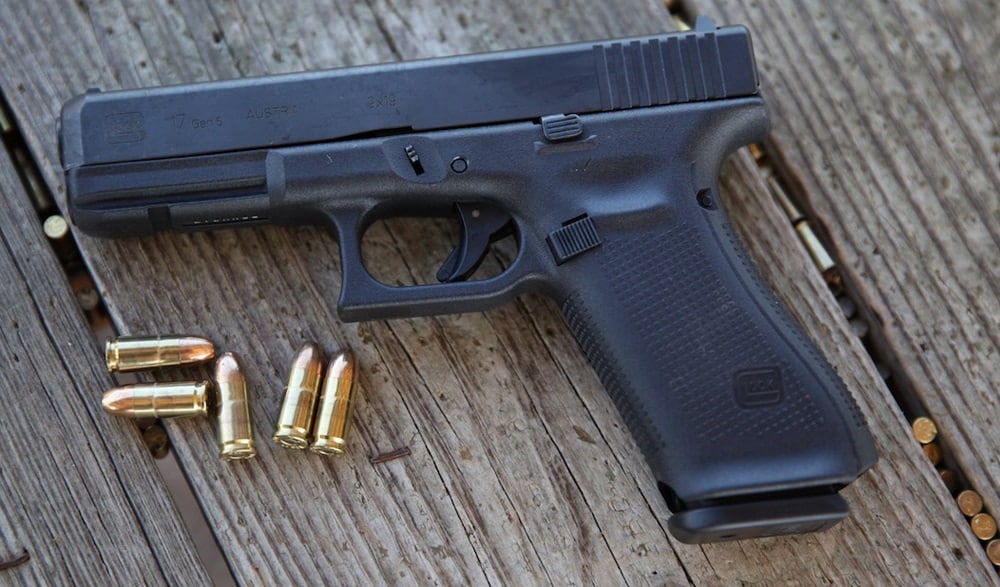 The G17 is the full-size brother to the G19, packing more rounds and a bigger frame. While the G19 touts a 15-round capacity, the G17 slides in two more cartridges putting its overall capacity up to 17 rounds in the standard mag. Featuring a barrel length of 4.49-inches on an overall 7.95-inch length frame, the G17 brings a longer sight radius to the table which, theoretically, translates to slightly better accuracy for most shooters.

Tipping scales at 25-ounces with an empty mag, the G17 weighs slightly more than its sister G19 Gen 5. Chambered in the ubiquitous 9mm, the entire Gen 5 series opts for a slight ergonomics redesign with Glock removing the finger grooves seen on the Gen 3 and Gen 4 series pistols. This construction aims to put the Glock in more hands, making it more accessible to shooters with smaller hands.

As said shooter sporting child-like palms and digits, I have to say the removal of the finger grooves is one of the better improvements over previous generations. The simple, but effective flat grip allows for a more natural grasp the gun. While shooting, I noted that I readjusted my grip less often between shots leading to overall better accuracy.

While we’re on the topic of accuracy, it’s worth mentioning that Glock is, well, Glock and the pistol performs as one would expect. Glock outfitted the latest generation with its proprietary Glock Marksman Barrel, or GMB. The GMB boasts new barrel rifling, which the gun maker says improves accuracy. Does it? Eh, none that I noticed. I shot about the same as I do with the Glock 17 Gen 4.

Not to risk the ire Glock fans in the comments, it’s worth noting that my observation doesn’t mean the Gen 5 barrel isn’t an improvement over previous models. However, accuracy is subjective and without advanced tools designed to test the merits of the accuracy claim, I must simply fall back to my own observations which stand – not any perceivable difference between the G17 Gen 4 and Gen 5 models under my testing conditions.

My range experience was what I’ve come to expect when taking Gaston Glock’s legendary name to the range. Every time I pulled the trigger, it went bang. Where I pointed was relatively where I hit. No malfunctions and no hang-ups. It just works. 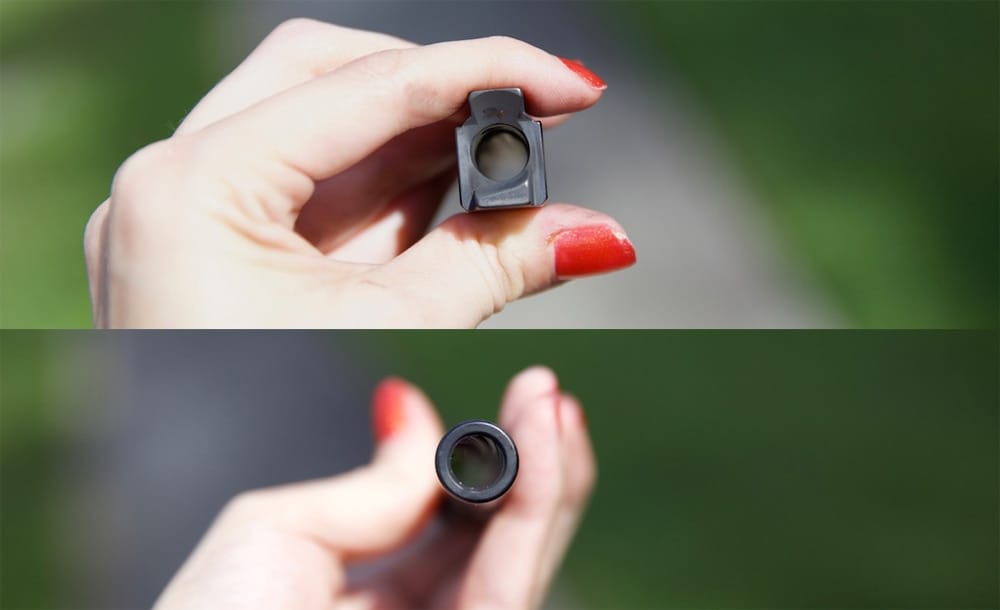 The Gen 5 series is outfitted with the Glock Marksman Barrel, or GMB. (Photo: Jacki Billings/Guns.com)

Throw that plastic fantastic on the ground or roll it in some mud and rest assured that she’ll continue slinging lead down range. That is, after all, Glock’s hold over the industry – its undeniable reliability. The Gen 5 doesn’t disappoint, delivering the same bit of consistency. I made sure to throw it around, get her dirty and run some of the grainiest, nastiest ammo I could throw her able body and surprisingly — she went pew every time. The Glock’s refusal to quit even amid moisture, mud, dirt and grime almost makes you angry – almost.

My only complaint about the stock Gen 5 is the same one you’ll find in all of my Glock reviews – those sights. A standard three dot, white system they just don’t cut it. Though the G17’s sights were at least centered, unlike the G19 Gen 5 I reviewed, they still make aiming a pain, especially in low light. My suggestion to rectify this dilemma is drop on a new pair of sights on it the second you bring home that shiny, new Glock or, better yet, buy the Gen 5 with upgraded sights. It’s worth the extra dough.

Aiding in that resistance to the elements is what the manufacturer terms nDLC finish. The barrel and slide are both coated in the complex, giving the platform protection against corrosion and scratches. While the finish might bolster the ruggedness of the G17, it doesn’t do much in the way of fingerprints.

As one who obsessively relieves my smartphone screen of the pesky, oily residue I found myself almost just as obsessively cleaning the slide of the G17 after any slide manipulations. In comparing it to my personal Gen 4 G17, it was my impression that fingerprints really grab onto the latest generation more so than its predecessor. While nowhere in the ballpark of being a deal-breaker for the gun, it’s certainly worth mentioning if you lean towards those Type A tendencies as I do. A rag or towel kept handy works wonders to keep the gun fingerprint free.

Moving down the gun, the most notable aspect of the new design comes in the form of a revamped trigger system. Say it with me now, “Hallelujah!” Once I was alerted that the Gen 5 was on its way and that its trigger would feature an improved design, I couldn’t wait to get my hands on the series to see if my biggest complaint with Glocks was finally put to rest. Well, was it? Yes and no. 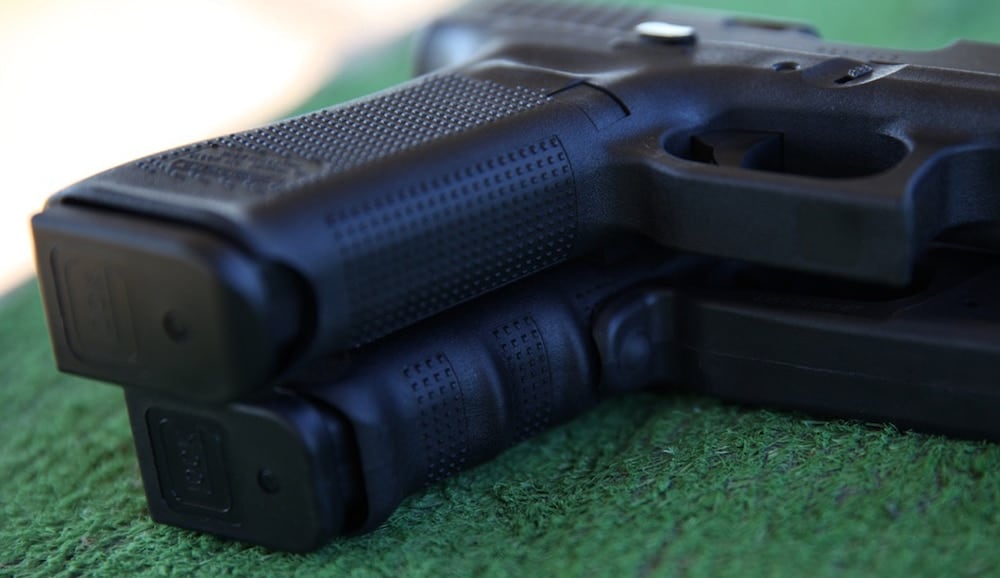 While some pickier trigger enthusiasts might still find the new G17’s trigger under-par with some aftermarket options, for most the new trigger assembly is steps above Glock’s previous stock triggers. Gone are the days of the musky, soupy trigger. The gun maker has overhauled the whole system, re-countouring the bottom of the trigger and modifying the trigger pin. In addition, the trigger bar has been revamped to work alongside an all new trigger spring. What does his mean to shooters? A crisper, more responsive trigger reaction and an overall smoother shooting experience.

What could possibly go wrong with such an overhaul? Well, if you’re hoping to upgrade certain piece of the trigger system you’re what we call up the river without a paddle. The trigger assembly design makes interchangeability of specific pieces darn near impossible. Good news for those that prefer to buy and carry stock. Bad news if you like to really kit out your guns, fine-tuning them to your exact specifications. 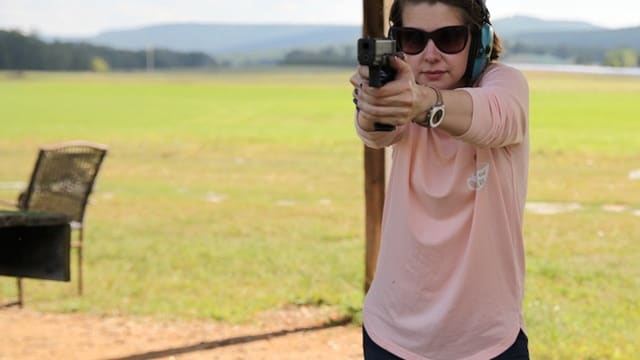 The G17, though large, is still comfortable to shoot even for petite shooters. (Photo: Jacki Billings/Guns.com)

Now onto a feature I have found the most useful – that flared magwell. Boy, does it make reloads a hell of a lot easier. The flared design allows magazines to speedily seat in the magwell, particularly in high stress situations where shooters struggle with fine motor skills. Sure with enough practice any magwell will work, but for the inexperienced shooter just getting into the tac-reload world, the magwell provides a boost of confidence.

Rounding out the new goodies, the G17 drops a little nod to the lefties in the world launching the Gen 5 with an ambidextrous slide stop lever. The ambi lever makes it easier for gun owners, whether right or left-handed, to easily and comfortably manipulate the slide.

The Gen. 5 G17, like the G19, delivers the same, high quality performance shooters have come to expect with the venerable company’s name. The G17, though a full size and slightly bigger, offers the same accuracy and reliability. Furthermore, if plinking at the range without the worries of malfunctions or failures is in the forecast, you’d do no better than to have the G17 by your side.