For a brand that has only been available in the U.S. for about four years, Canik has made quite a name for itself. Imported by the Florida-based Century Arms, Canik handguns are offered at a low price and in seven variations, including the Canik TP9DA.

Probably the most notable feature on Canik handguns are the triggers. They are some of the best out-of-the-box triggers available for polymer-framed striker-fired pistols. They have smooth take up and without the grit or sloppy feeling that people associate with other pistol brands. They break crisply and reset cleanly with a solid easy-to-feel click. 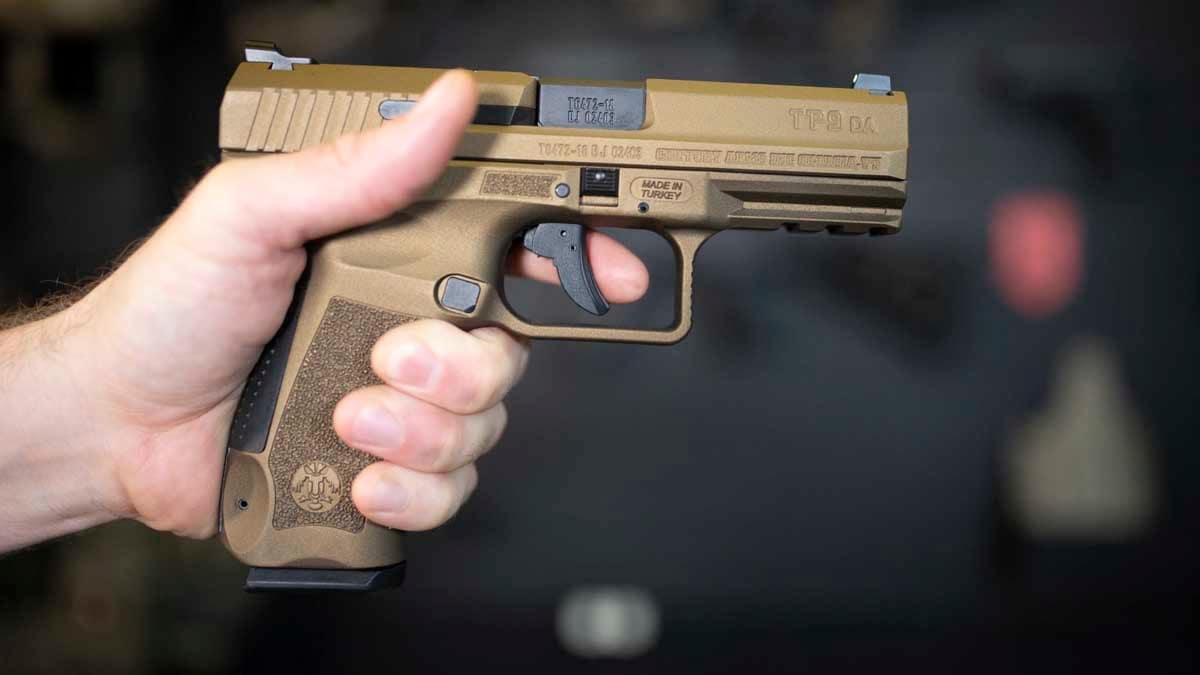 But the trigger is where the Canik TP9DA separates from the rest of the series. As implied by the name, the handgun is equipped with a Double Action/Single Action trigger. In double-action mode the initial trigger pull is longer and the pull weight is much heavier. Whereas, the single-action mode has a shorter take up and a much lighter pull weight. Traditionally, the double-action trigger has been used as a precaution against accidental discharges, but passive trigger safeties have since replaced it. 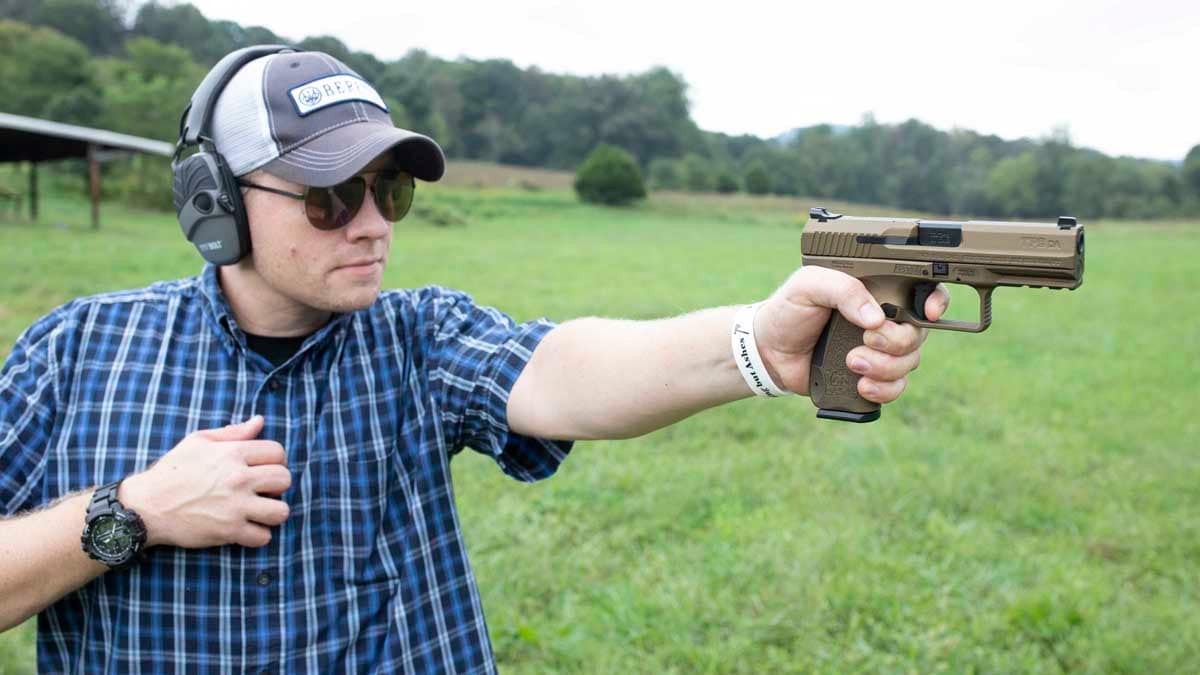 The fun and easy-to-shoot Canik TP9DA deserves a close look by anyone in the market for a budget conscious high performance pistol. (Photo: Chase Welch/Guns.com)

Performance is another thing that’s helping Canik’s reputation. When you combine a versatile trigger, great ergonomics and quick acquisition sights, you get a pistol that is fun to shoot and can take on just about any role you put it in. I just never get tired of shooting Canik TP9DA (or any of the Caniks for that matter).

A new Canik TP9DA comes with an impressive amount of accessories. It ships with two 18-round MecGar magazines, a polymer holster with a paddle and belt loop attachment, two interchangeable backstraps, a cleaning rod, bore brush, magazine loader and operators guide. MSRP is $399.95.