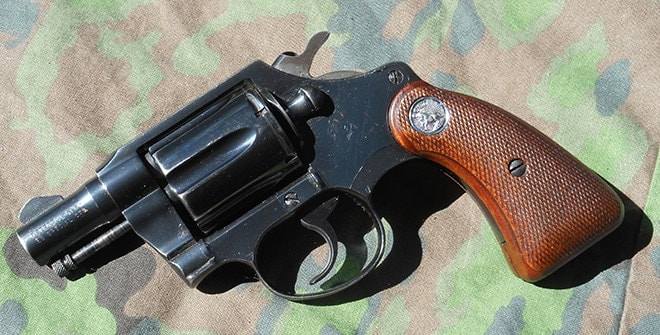 At SHOT Show 2016, Kimber USA stole the headlines with the introduction of their K6s revolver. Personally, when I heard the murmurs that Kimber was planning to release a revolver, I was hoping they would be releasing clones of the old Colt revolvers such as the Python and Trooper.

Not to be outdone however, only 12 months later, the firearms world was sent into a frenzy when a photo of an alleged magazine advertisement for a new Colt revolver was leaked to social media. Only a few days later, on January 1, did Colt confirm it was true. Colt was back in the double action revolver world.

The new revolver was the talk of the town during SHOT Show 2017 and they dug up the old ‘Cobra’ name, leading many to suspect that the other — more famous — snake guns were on the way. 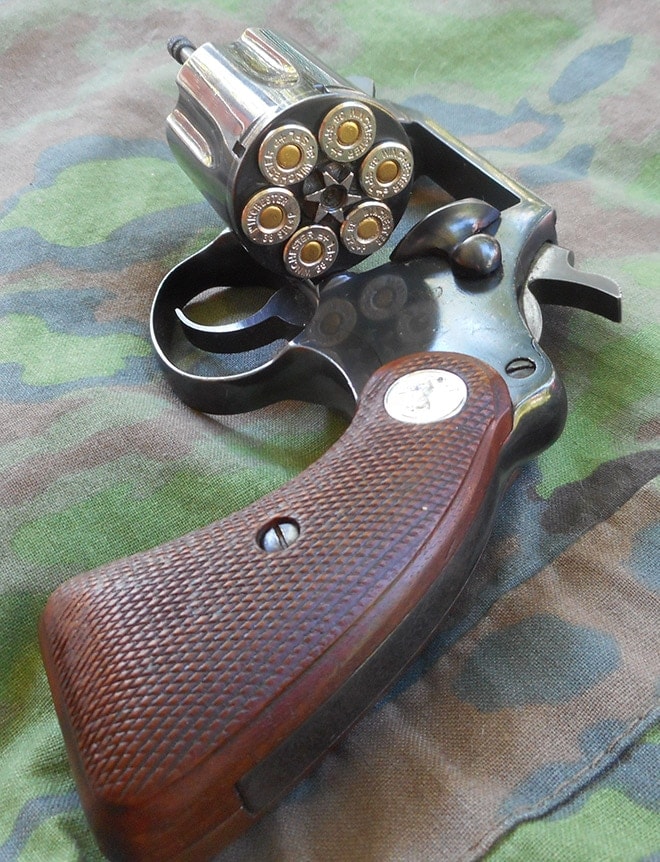 Six shots might not be much, but it’s better than nothing. (Photo: Francis Borek)

The funny thing about the new Cobra is that it really isn’t a Cobra. The original Colt Cobra had an aluminum frame to make it an ultra lightweight carry piece. Though the new Cobra is a carry piece, it is made entirely of stainless steel. Colt instead took their inspiration for the new Cobra from one of the earliest modern snub nosed revolvers — the Detective Special.

When it was introduced in 1927, Colt’s standard service revolvers were the Army Special, Police Positive Special, and Official Police. Realizing there was a need for a more easily concealed revolver than these 4- and 6-inch revolvers, they began production of a snub nose model.

This was intended for detectives and plainclothes officers who required an easily concealed weapon and, to appeal to their target demographic, Colt named their new revolver the Detective Special. 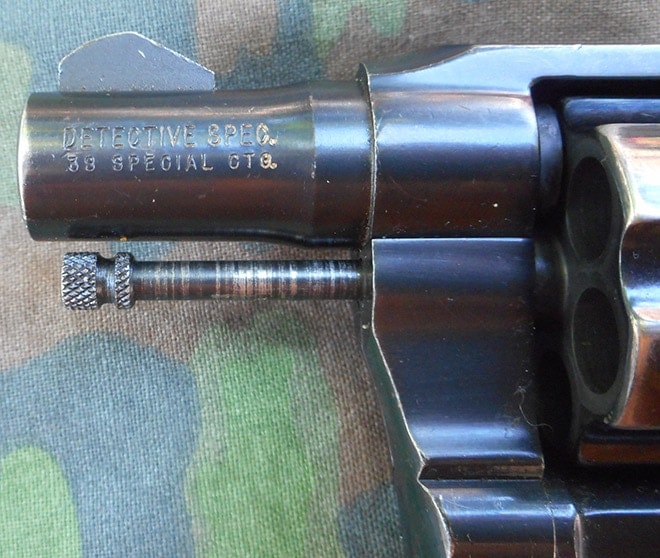 Snub noses are a double edged sword. Easier to conceal, but a loss in velocity. (Photo: Francis Borek)

The Detective Special proved to be an instant success as it was one of the earliest factory snub nosed revolvers with a swing out cylinder.  It gave rise to the Banker’s Special — obviously named because stuffy old bankers couldn’t handle the monstrous recoil of the .38 Special in such a small package. These guns were chambered in the far more tamer .38 Colt New Police (.38 S&W), and .22 LR. The DS also gave rise to the Commando Special with a matte finish and rubber grips; this came along with the alloy framed Cobra. For those hoping for a special variant made for World War Two, I’m sorry to disappoint you, but DS production was suspended during the war. 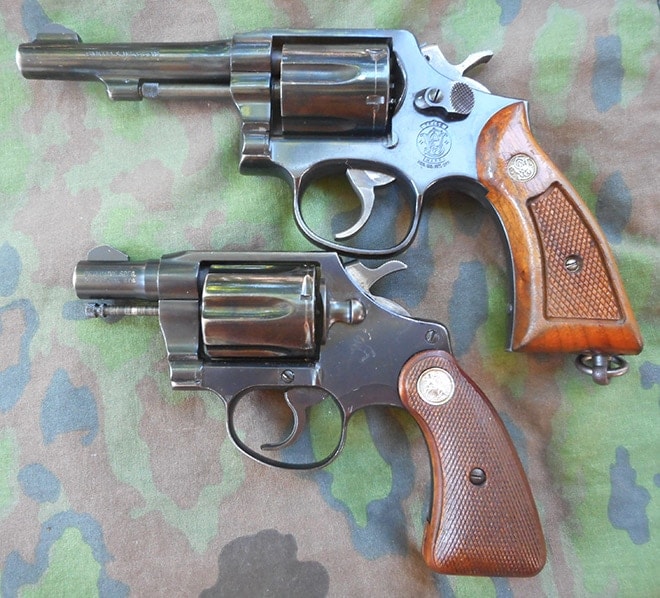 Though popular in the United States, the DS served around the world with law enforcement agencies. The Japanese military bought many along with several international larger police agencies and those that couldn’t afford the Colt instead bought a clone produced by Miroku. These were eventually replaced by a licensed SIG P220 from Minebea, though I’m willing to bet there are still quite a few over there gathering dust in the corners of armories. The Royal Hong Kong Police also purchased several, and they served alongside their S&W Model 10s. Even the French gave their stamp of approval, and issued them to customs agents and border guards.

To know before buying

So with such a history, does the handling match up to the hype? Well, yes. If you can accept a few things.

First off, you only have six rounds. You can carry more with speedloaders or speedstrips, but stirctly speaking you only have six. You are giving up capacity for it’s small size, but realize not everyone is in the mood to carry a full size service handgun everyday. Many have jobs where it is quite imperative to carry something as unobtrusive as possible, so a small revolver works perfectly. 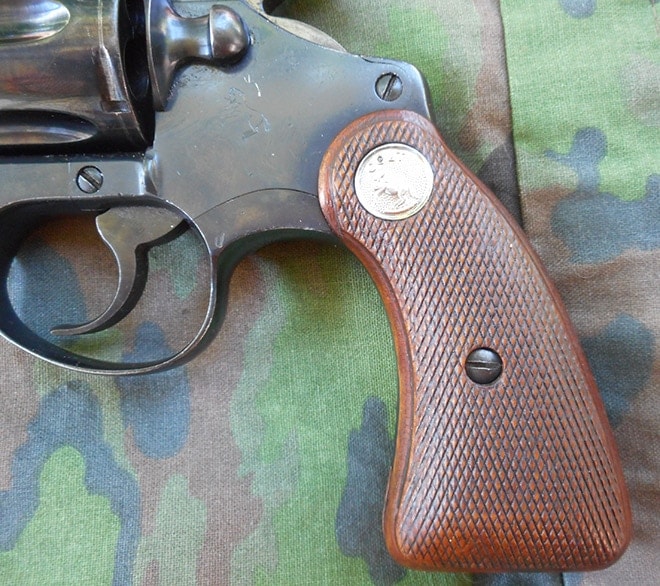 Original Colt grips can be quite expensive on auction sites. (Photo: Francis Borek)

Second, the short barrel length tends to work against velocity. This means pick your ammunition carefully. Colt discourages the use of +P ammunition in their older revolvers and remember that by the time you pick up an old DS you have no idea how much ammo has gone through it. Luckily, the large ammunition companies have developed snub nosed specific loadings, designed to minimize stress and muzzle flash. They also have a better chance to expand.

Shooting the Detective Special isn’t the most pleasant of experiences. Despite the eye-catching bluing and walnut grips (typical of old school Colts), the shooting doesn’t match up. Yes, the trigger is very nice and smooth in double action. Thumbing the hammer back is smoother than most slicked up S&Ws and Rugers. And the single action trigger is absolutely lovely. 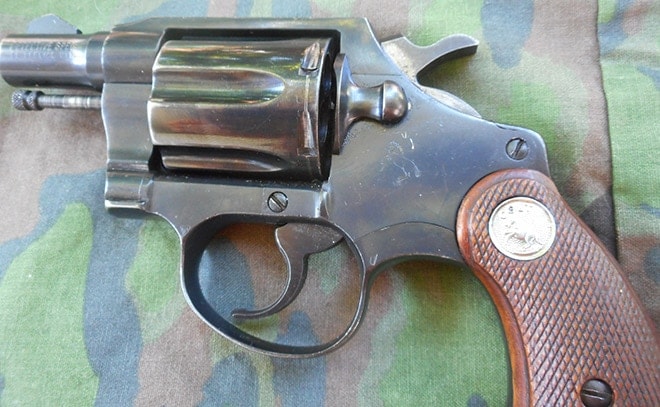 Pull to release the cylinder. Some like it, some don’t. (Photo: Francis Borek)

The biggest limiting factor is also the primary reason for its existence. The short barrel intensifies recoil. If you’re not careful, your knuckles will smack the rear of the trigger guard. And just to make things more interesting, the sights were regulated for the heavier 158 gr slug instead of today’s more common 130 grain slug. That means you’ll have to adjust your aim if you’re using ammo lighter than 158 grain.

The Detective Special is an old gun, yet it still manages to keep up in this world of wonder pocket pistols due to the demand for small and reliable pistols. I think Colt did make the right choice in resurrecting the DS for their re-entry into the double action revolver market. Yes, we all wanted them to bring back the Python. But the Python is expensive (these days) for a reason. Colt will be able to sell far more of these new revolvers if they’re meant more as a carry piece than a range toy. 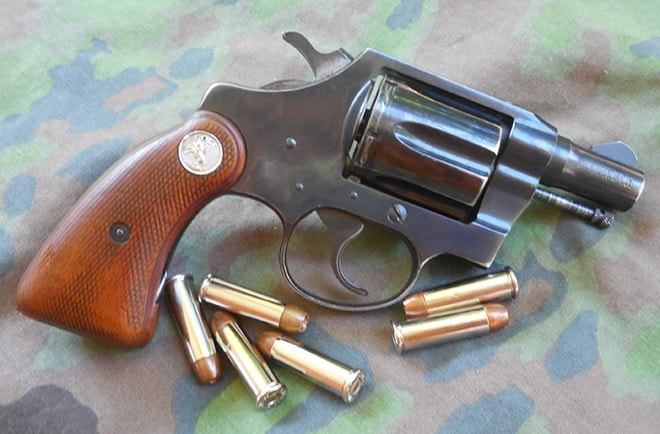 Easy to conceal and carry, the Detective Special was the go to carry piece for decades. (Photo: Francis Borek)

The old Detective Special can still be found in used gun cases and prices vary wildly. This one was purchased for $500 before tax and transfer fees. Not a bad price for a reliable, old and collectible little gun.