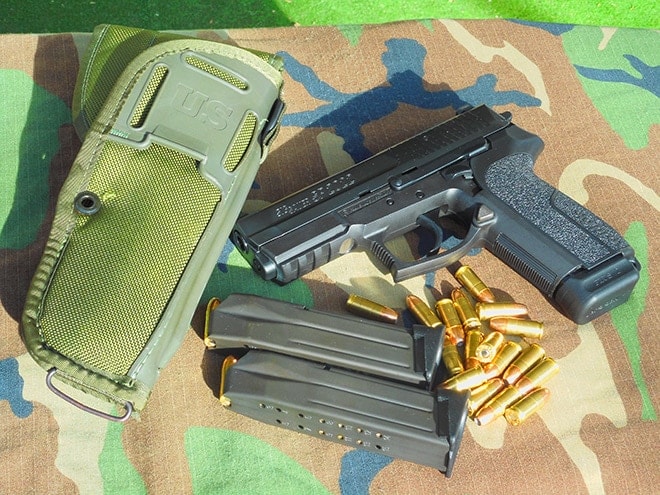 It’s often called “SIG’s best kept secret”, and for good reason. While Sig lavishes much of their attention on the P320 and the Legion series of handguns, the SP2022, one of Sig’s earliest polymer frame pistols, continues to fly under the radar for most shooters. This is a shame — the SP2022 gives up nothing in quality and can be found for far less than the vast majority of SIG’s offerings in the handgun market. And the fact remains that many of us love Sig Sauer’s offerings, but simply can’t afford them.

The SP2022 on the other hand brings to the table the quality that we expect from Sig Sauer and at an affordable price.

In the 1990s, Sig Sauer noticed both Glock and HK eating into their market share with polymer framed pistols and decided to enter this market with the SIG Pro series. First came the SP 2340 chambered in the wonder calibers of the age: .40 S&W and .357 SIG. Then came the SP 2009 chambered in 9x19mm. Both handguns were looked down upon as budget pieces.

France, however, saw something in the design and adopted a modified variant dubbed the SP 2022 for service with the National Gendarmerie, the Customs Agency, and the National Police in 2002. (It is believed that several units of the Armée de Terre, including the famed Foreign Legion, are still issued these pistols when they deploy to Africa and Afghanistan.) The French expected the handgun to have a 20-year service life at a minimum, hence the name SP2022. Even the United States Army acquired this handgun, with 5,000 pieces purchased by the Rock Island Arsenal.

In the Sig family

My love for all firearms used by the French certainly helped influence my decision to buy this gun — they certainly run their firearms hard in hellholes all over the world. Overused jokes to the contrary, I figure if the French give a seal of approval to a firearm, then it must certainly work well. However, there are plenty of other reasons to acquire a SP2022 aside from the choices of our Gallic brethren. 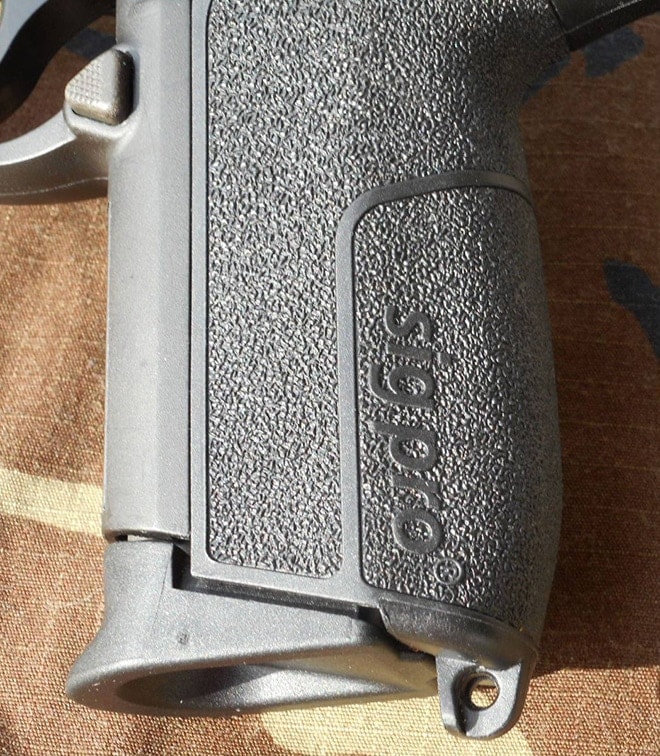 First and foremost is the reputation of the SP2022 when compared to some of Sig’s more recent polymer framed offerings offerings. The P250 was supposed to be the big game changer in handguns and Sig pushed it hard. Many complained however about the heavy DAO trigger. Even today Sig seems to have forgotten about it, with only a .22 LR variant listed on their website.

The P320 has not been around long enough to establish a truly solid reputation, yet Sig is pushing it as hard, if not harder than the P250. The handgun has gained far more acceptance among shooters, and the US Army recently adopted the weapon. Still, being relatively new in the world, it has yet to truly reveal itself — for example, the P320 is also a striker-fired handgun, and with that comes the spongy trigger that plagues all striker-fired handguns.

The SP2022 features keep pace in the modern world of handgunning. Magazine capacity is 10-17 rounds depending on caliber,  9×19mm, .40 S&W and .357 SIG. Models can ship with two 15 round magazines for free states and 10 rounds for states with magazine limits, while magazines holding 17 rounds of freedom are available from Mec-Gar.

Older examples may have three-dot sights or SIGLITE night sights. All current production SP2022’s ship from the factory with SIGLITE night sights as standard. A Picatinny rail under the barrel is also standard on all examples. The SP2022 also ships with interchangeable backstraps. A textured slim backstrap with a lanyard ring and a much larger variant come standard. Though the larger backstrap fills out the hand a bit better than the slim backstrap, I found the larger made it tougher to hit the magazine release. As such, I prefer the slim backstrap. The standard model ships with the slide finished in Sig’s Nitron finish, but the SP2022 is also offered in two-tone and flat dark earth finishes.

Keeping in tradition with Sig’s P220 family of handguns, the SP2022 is a double-to-single action handgun and is de-cocker only. The sights give a good picture and the grip feels well in the hand, all the better because the trigger is your typical “police/military service” trigger — a rather heavy (think revolver) DA trigger followed up with a decent SA trigger. The SA trigger has quite a bit of creep before breaking at around five pounds. It’s not a target trigger and trigger snobs will probably turn their noses up at it. However it is a service pistol, where a heavy-ish trigger is seen as an extra safety feature to help prevent accidental and negligent discharges. Much like the P226, practice often in order to overcome the heavy trigger.

Disassembly is straightforward and reminiscent of Browning-style handguns. It is however a bit different from more traditional Sig Sauer pistols. Retract the slide slightly to the rear and press out the slide release. The slide comes off of the frame and the barrel and guide rod can be removed. The guide rod is made of polymer, but stainless replacements are available for extra durability. 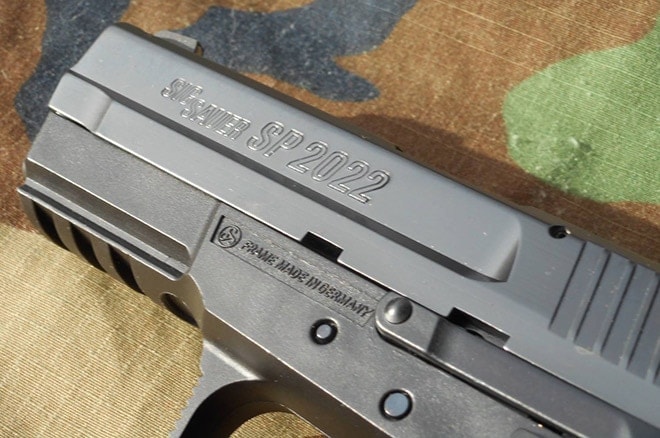 For those who would argue that if the US Army adopts a handgun, then it must be the finest in the world, let me remind you that the US Army also adopted the Beretta 92FS as standard issue. Also, I am willing to speculate that those who claim the P320 is the finest in the world simply due to its adoption were the same folks who derided the Beretta when it was adopted by the US Army. I suppose this could be the first reason, if you are so inclined.

Less expensive than the P320 and far less expensive than Sig’s alloy framed offerings, the SP2022 represents a tremendous value in the handgun world. Yes, some prefer not to buy used, but even new the SP2022 manages to be a great value. Mec-Gar offers magazines and can be found online for around $30 to $35. Unfortunately, SP2022 magazines tend to be tough to find in retail stores and magazines for other Sig models are not interchangeable. 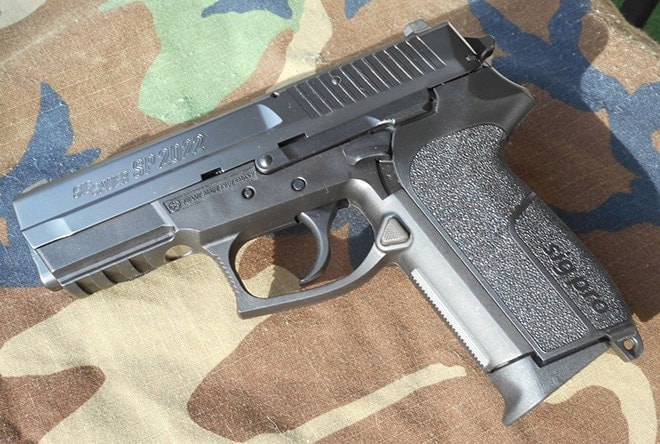 The P226 is shrouded in legend and hyperbole, yet it is able to back up the claims of many with it’s performance. But with that high performance comes an equally high price tag. The SP2022 manages to equal that performance, yet keep the price down to reach a wider audience. If you have a desire for SIG performance, but without the SIG price tag, then the SP2022 could be the answer.