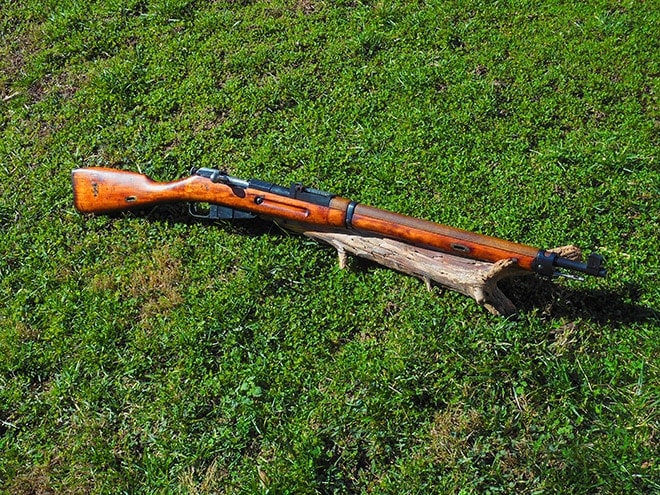 Like so many others, Finland is a nation forged from the fires of war and conflict. In 1918, Finland’s problem was simple. It’s newly socialist neighbor, Russia, was not only much larger, it was rather antagonistic. One solution to that problem was the establishment of the Suojeluskunta or Civil Guard.

The Civil Guard was originally a militia for civil defense, yet evolved into something akin to a social club before it was disbanded in 1944. Regardless, the Civil Guard was still a military organization that had to be well armed and for many years their rifle of choice was the M28/30. 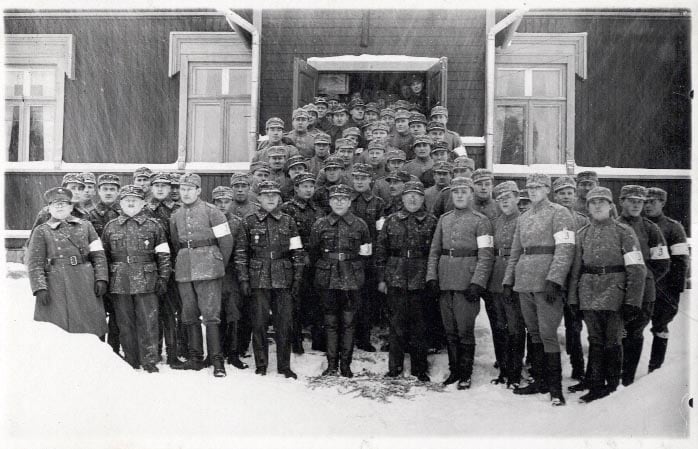 As a province of the Russian Empire since 1809, the Finns reluctantly lived under the Russian Czar as the Grand Duchy of Finland. As the 20th century approached, many in Finland began to quietly agitate for independence, even while Russia granted them greater self-government. When World War One broke out, many ethnic groups across Europe realised that now was their chance to finally achieve independence and the people of Finland were no different. Some fought for the Russian Army, with vague promises of either independence or greater autonomy. Others fought for the German Army; again with vague promises of independence upon the defeat of Russia. 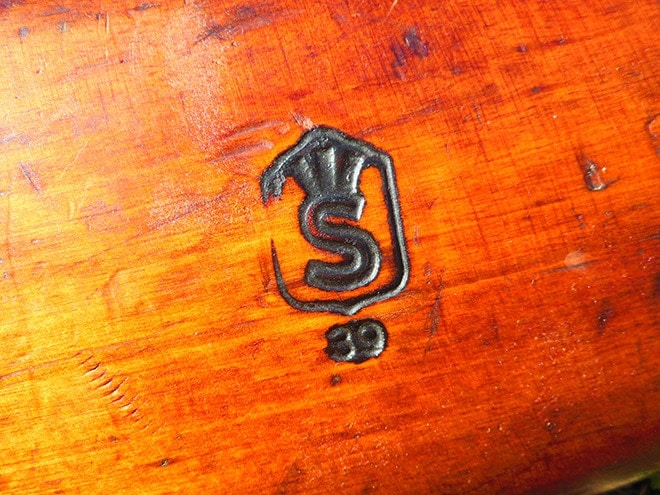 When Czar Nicholas II abdicated the throne, Alexander Kerensky’s Provisional Government took over. To the provincial government in Finland, the abdication was all the excuse they needed to declare that Finland’s union was with the Czar and not with the Russian government. With the Czar leaving, the union was null and void, and Finland was now independent. This stance immediately put them in the crosshairs of the new Russian government and later the Red and White factions who both considered Finland to be Russian territory. Primarily using captured Mosin-Nagant rifles, the Finns, with the volunteer White Guard playing a crucial role, managed to secure their independence in 1918.

By the 1930s, this inventory of M1891 rifles was worn out and in need of refurbishment. Changes to the basic Mosin design however had transformed these old warhorses into something new and better. 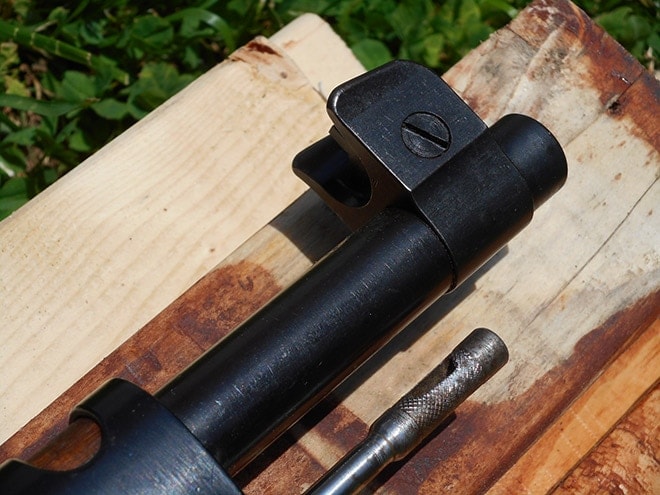 The Civil Guard demanded a rifle that could match it’s exacting marksmanship standards and luckily they had their own rifle factory, known as Suojeluskuntain Ase- ja Konepaja Oy and better known today as SAKO. Founded to manufacture new barrels for Civil Guard rifles, SAKO would go on to help develop the M28/30 and other variants patterned off these Civil Guards’ modified Mosins.

The M28/30 is an evolution of the earlier M28 rifle the Civil Guard adopted in 1927. The M28 was an improvement over the Civil Guard’s even earlier M24 rifle which they had adopted after the Finnish Army adopted their own rifle, the M27. About 2000 of M28 rifle were eventually updated to a hybrid of the M28 and M28/30 designated the m/28-28/30. This included the rifle carried by feared sniper Simo Häyhä, which was not a true M28/30. 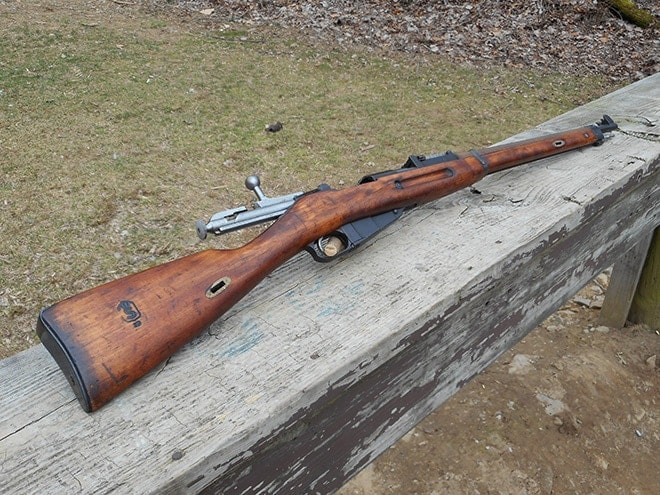 Though far more refined, the M28/30 shares many quirks, like its bolt, with the Mosin. (Photo: Francis Borek)

With changes still being hastily adopted, the first M28/30s came off the assembly line in April of 1934. The m/28-30 enjoyed seven years of production and saw over 24,420 rifles produced according to some records.

The Finnish Army and Civil Guard eventually decided to standardize their rifles and, before 1939, the Civil Guard put forward a modified M28/30 in service of this task. This rifle eventually became the famous M39, though the 28/30 soldiered on during both the Winter War and Continuation War, despite the official adoption of the M39. 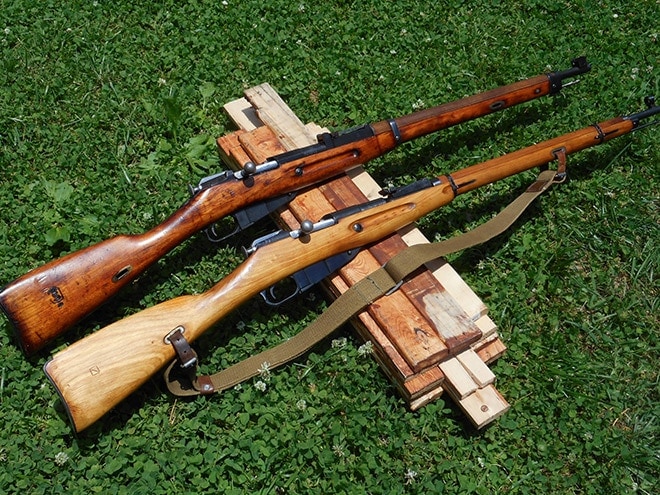 At it’s heart the M28/30 is still a Mosin. That means it inherits the design quirks of the rifle such as the complex bolt, rimmed cartridges, and finicky magazine. Yet, compared side by side, you can see the vast differences in the philosophy of design. What really sets the M28/30 apart are the sights and trigger.

The front sight is a thick blade which is windage adjustable and protected by two ears. These reminded the Civil Guardsmen of a Spitz dog and thus became known as such. The rear sight is a tangent sight which is elevation adjustable from 150 meters to 1000 meters. Flip the sight up and you have a ladder volley sight that goes from 1200 meters to a rather optimistic 2000 meters. The rear sight notch is a wide ‘U’ shape, much better than most rear sights of the time. 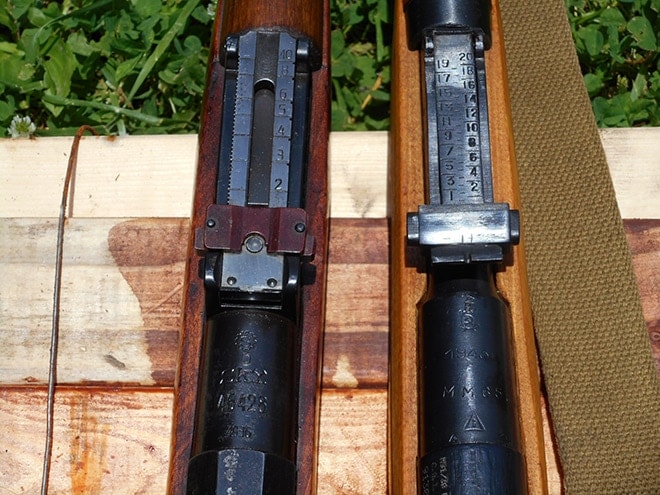 The trigger is almost unlike any other service rifle, saved for some special sniper or DMR variants. As it is an older military rifle, the trigger is a two-stage affair but after that it is in a class of it’s own. There is a bit of a take up, however the break is crisp and light around 3 pounds. Not only was the trigger lightened to the weight of a target rifle, the Finns also installed a coil spring to help smooth the trigger pull. All of this results in a fantastic trigger that outclasses most military rifles.

On the range, the M28/30 excels as a shooter. Shooting high at 100 yards, the rifle still managed to pull in a five round group of around 2 inches while standing. I’m certain that by shooting from the bench or with handloads, that group will shrink. Recoil is not as bad as a regular 91/30 or a Mosin carbine due to the heft of the stock. 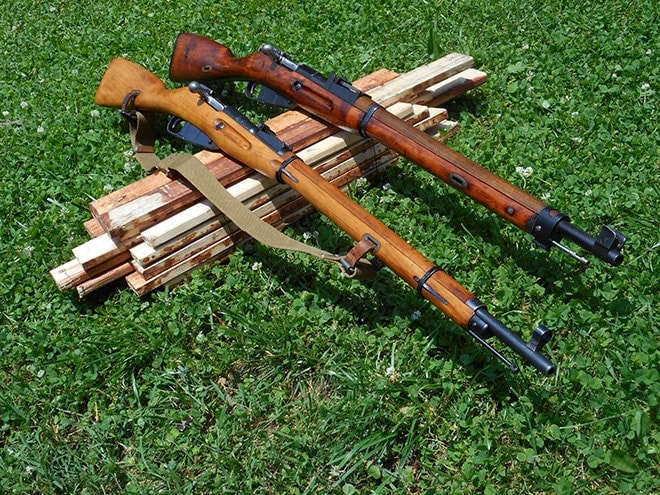 Compared to the common 91/30, the M28/30 is a much more refined piece. The stock is thicker, heavier, and has a tough lacquer finish. To assist in accuracy, there is an aluminum bushing under the stock nose cap. The metal work is blued, however the bolt is finished in white. While there is a bayonet lug, most soldiers never used it unless they were on sentry duty (they preferred their fighting knives for close quarters work and felt that a bayonet on a rifle was pointless). M28/30 bayonets are a knife-style bayonet and are rather rare, commanding high prices on auction sites. Cleaning rods come either blued or finished in the white. 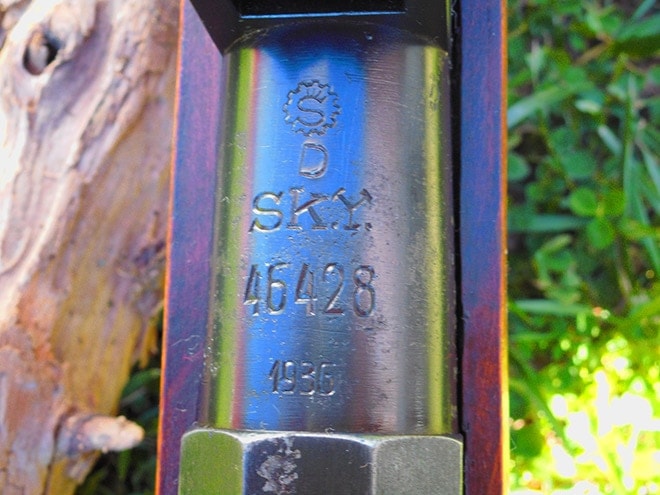 The first rifle to be produced with all the final M28/30 changes is serial number 35,710, with mostly subtle differences in examples after this time. The Civil Guard district number is on the side of the barrel. My rifle’s number falls into the range for the Savonlinna district. For some collectors, this could be worth a little extra as this district was near the front lines of the fighting during Finland’s Civil War.

Also of note is that for the World Shooting Championships of 1937 held in Helsinki, SAKO made over 440 identical M28/30 rifles specially for the event. The serial number block that was used for these rifles was between 48791 and 49467. Eighty three of these rifles were used in the competition (rifles between serial numbers 48963 and 49466) which Finland ended up winning. 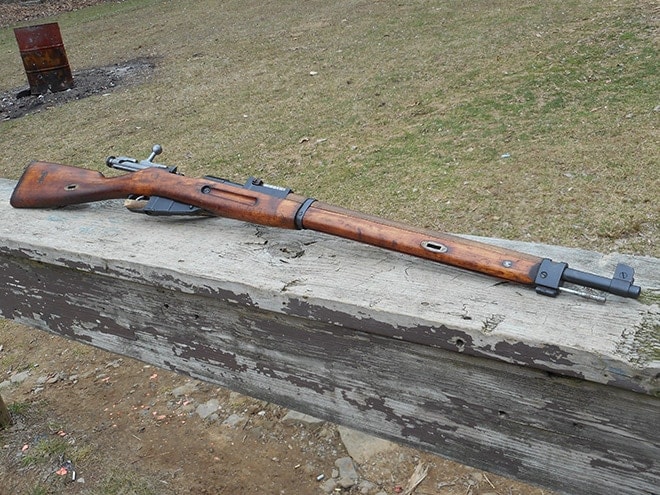 Examples of the M28/30 often sell for north of $500, though can fetch much more with accessories. (Photo: Francis Borek)

The Civil Guard was often called to battle during this time between 1939-1944. Both wars were violent, brutal affairs that ended when both sides came to the conclusion that further conflict was utterly pointless. Finland was forced to cede some territory, pay reparations, and the Civil Guard was disbanded by Soviet demand. The Finns evacuated the territory and took or destroyed anything of value before handing it over to the Soviets. Despite this Finland as a whole never did suffer the brutal occupation of Soviet “liberators.”

During the Continuation War, the Finnish Army took possession of the majority of the Civil Guards’ Mosin rifles as these troops were not considered to be front line soldiers. This included the M28/30s which were often replaced in Civil Guard service with M96 Swedish Mausers or 7.35mm Carcano rifles.

The M28/30 is a thoroughbred of a battle rifle.The 91/30 was supposed to be simple; issued to a vast conscript army with little training and a low life expectancy. The M28/30 however distilled the finer aspects of a target rifle into something truly exceptional on the battlefield. It was to be issued to volunteers who took pride in their skill and their rifle. Yes, the M28/30 was replaced by the M39, but even the M39 lacks the fine target trigger and barrel bushing of the M28/30 and in that way, by moving forward, left behind something advantageous.