Though it’s not new to the market, Winchester’s Belgian-built SX3 nonetheless remains one of the best-selling do-all autoloaders on the market with new models regularly appearing in catalogs. Does the SX3 platform have the quality and options to stay hot for the long haul? 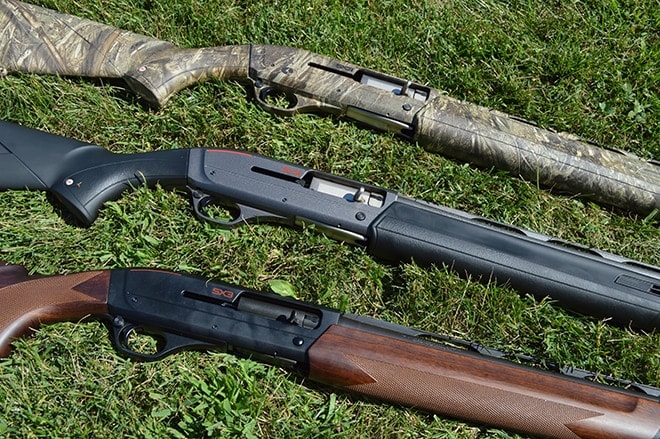 Winchester’s Super X3, or SX3, is a gas-operated semiautomatic shotgun built by FN in Belgium using what the company calls “Active Valve” technology. The Active Valve system automatically self-adjusts the gas pressure necessary to fire whatever load is thrown into the chamber. For instance, when firing the heaviest magnum loads in 3 1/2″ models, gases vent both upward and forward out of ports in the forearm, also regulating bolt speed. 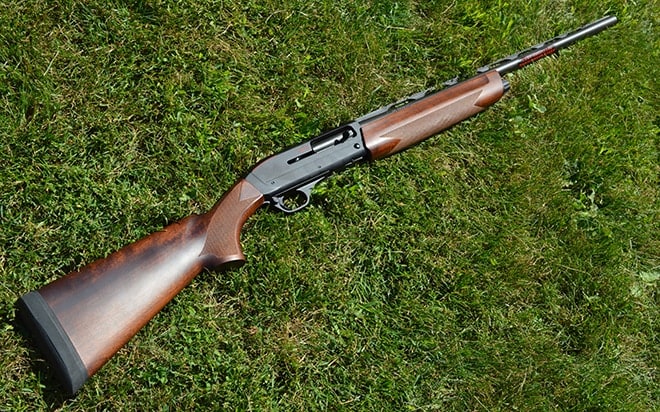 Guns chambering 3″ shells fire everything from light, 1-1/8 oz., 2-3/4″ target loads to 3″ magnums, while 3-1/2″ guns handle everything from 1-1/8 oz., 2 -3/4″ field loads up to heavy 3-1/2″magnums without a thought from the shooter. The gas piston and valve operate independently, exerting less pressure on the piston for greater longevity and efficiency than other gas-operated autoloaders. While self-adjustment has come to be an industry standard in do-all autoloaders, Winchester boasts one of the best in terms of both reliability and quality.

The SX3’s receiver is aluminum alloy, while the ventilated rib barrel and chamber are chrome lined. The scattergun includes three flush-fit Invector Plus tubes in Full, Mod, and Improved Cylinder. Included in the bright red Winchester box are length-of-pull spacers and cast & drop shims. Sling swivels on the models geared for hunting make the gun ready for toting afield. 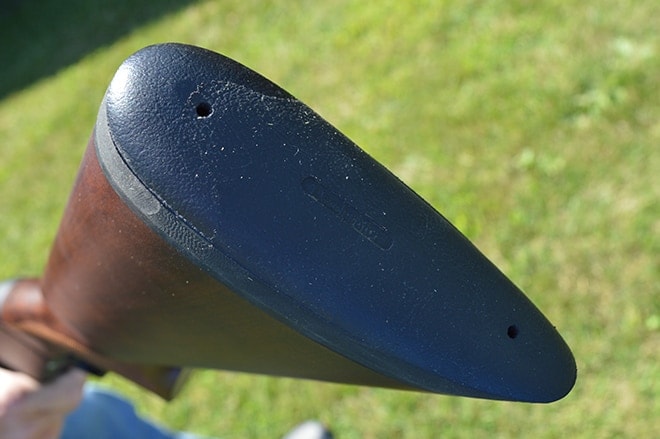 Winchester cut weight by swapping the standard steel magazine tube with aluminum alloy, shaving ¾ of a pound and bringing our primary test model SX3 Waterfowl Hunter in at seven pounds. An integral brass ring on the aluminum tube ensures longevity and helps withstand the effects of hot gases. The machined rib is designed to both cut weight and increase rib strength. While lighter guns are often associated with increased recoil, Winchester dealt with that problem by using a proprietary pad from the Pachmayr Decelerator line. While the pad is softer, a harder top-line insert keeps the butt from snagging clothing upon shouldering. 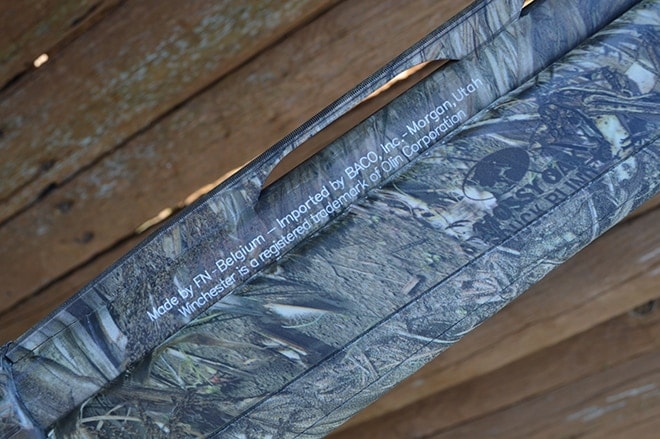 We had the pleasure of testing three versions of the SX3 for this review: a Field 20 gauge 3” with a 28 barrel in blue/walnut, the now-discontinued Gray Shadow 12 gauge 3-1/2” with a 26” barrel in gray Perma-Cote/synthetic, and the primary Waterfowl Hunter 12 gauge 3-1/2” with a 28” barrel in Mossy Oak Duck Blind (MODB) camo. Like the many chamberings, versions, lengths, and stocks available over the decades on Winchester’s venerable Model 70, the younger SX3 autoloader is starting down the same road of customization and options. 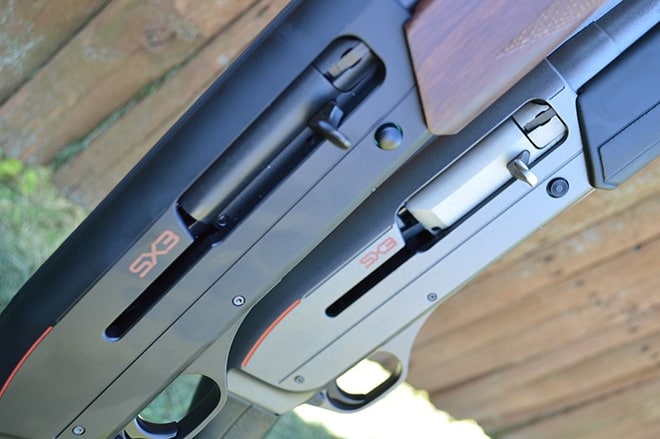 The SX3 is available in both 12 and 20 gauge offerings with pretty much any desirable barrel lengths. Over the last few years, there have been blued and anodized finishes, as well as Perma-Cote colors, carbon fiber patterns, and various grades of wood.  If all those options are not enough, I fitted my SX3 with an aftermarket magazine tube extension as well, upping capacity by an additional four rounds, making this a formidable gun for high volume shooting. Snow geese beware. 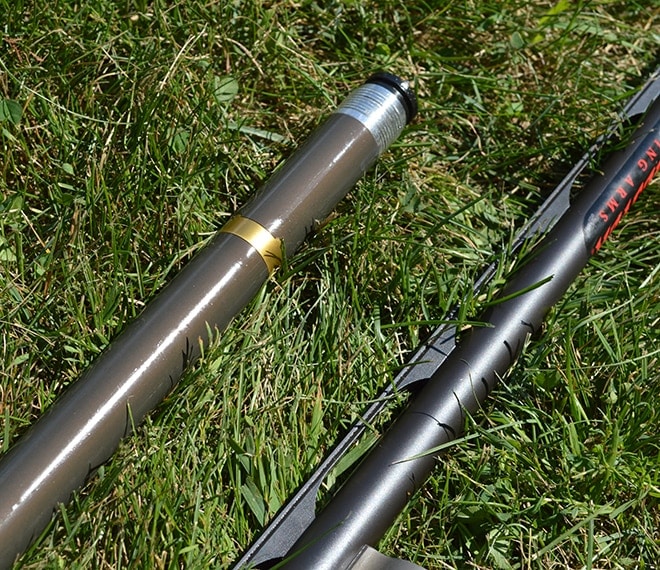 Some SX3’s come factory ported while others have custom Briley components. There’s a cantilever deerslayer version, as well as a pistol-grip Long Beard turkey special and a purpose-built Coyote killer. Youth or small-frame shooters will appreciate the Compact model. Dedicated clay shooters gravitate towards one of several sporting-specific models. Regardless of your choice, all the included shims allow each SX3 to be custom fit to any user. 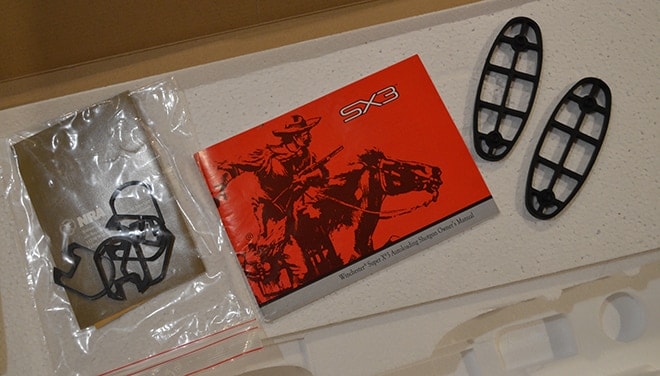 User booklet and shims. Shims allow the gun to be customized for many users and purposes. (Photo: Kristin Alberts)

While our Waterfowl Hunter test gun comes in at $1199, SX3 retail prices vary from right around $1,000 up to $1799 on the highest end. Real world prices have come down significantly from its introduction, with new prices under $1,000 and used closer to $750.

I can vouch for the Winchester SX3’s field test, because it’s not just a month-long meet-and-greet, as with many gun reviews. While our test gun is the Waterfowl Hunter, I’ve spent more than a year pounding out sporting clays, geese, ducks, pheasants, and turkeys with an earlier model. 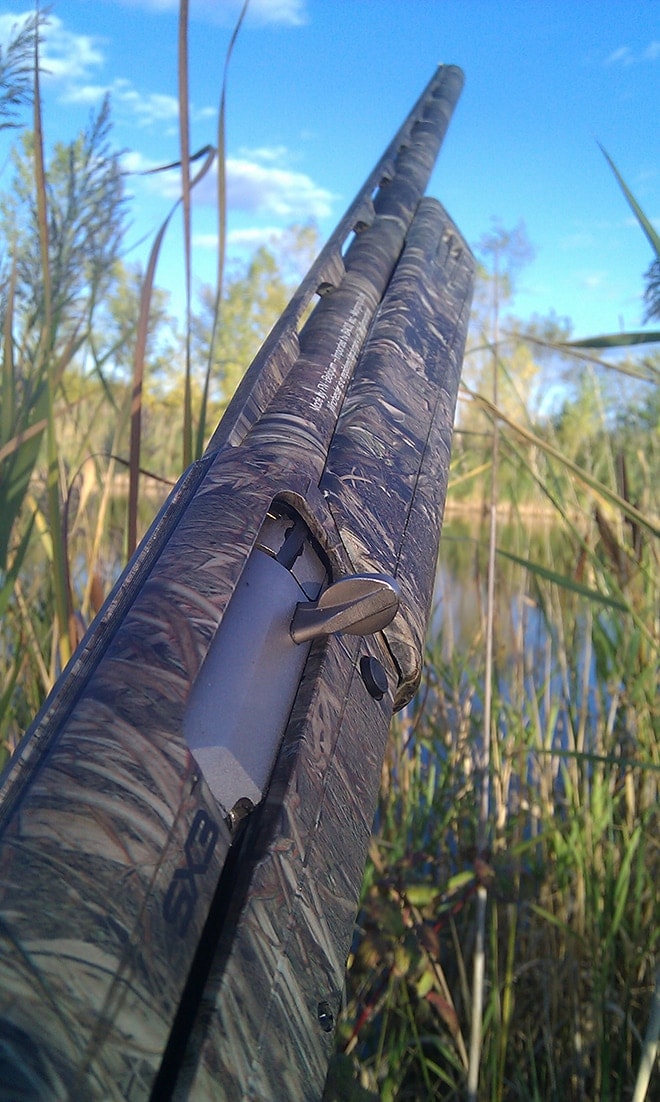 My field testing for the SX3 started years ago, and after countless hunts, I have never experienced a malfunction. (Photo: Kristin Alberts)

Though I can be recoil-sensitive, I have hunted geese and turkeys with the heaviest 3-1/2” loads and never gave it another thought. I cannot say the same for magnum rounds out of my now-departed Remington 11-87. Between my SX3’s, I’ve run well over 2,500 rounds and not once have I had a malfunction or disappointment of any kind. If you don’t trust my word, think back to 2011 when a 20 gauge SX3 was used to set a record for single-day Argentina dove hunting wherein 16,000 rounds dropped almost 15,000 birds. How’s that for reliability?

The Winchester SX3 takes standard Browning Invector Plus chokes, making it a snap to find both replacement and aftermarket tubes. Factory flush tubes pattern effectively enough, but I favor extended tubes. With both Carlson and higher-grade Browning Midas line of extended tubes, patterning is exceptional. The gun shoulders well and is easy to customize for fit with included shims. Both synthetic and camo finish models wear a soft-textured finish that make them wield-y guns in less-than-ideal conditions, and the finish has worn well over time, even with hard use in marshes, cornfields, and thickets. 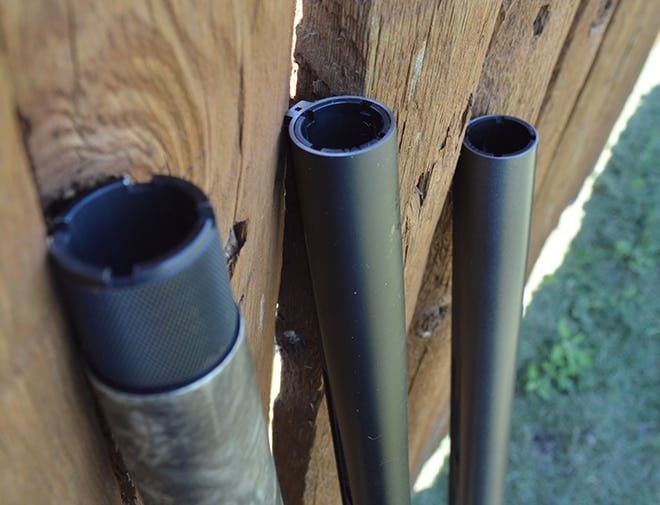 SX3 forearms are more slender than the majority of competitors’ guns, and our testers found that to be more comfortable both bare-handed and gloved. Not only does the narrower grip suit those with smaller hands better, but it also offered an increased feeling of control for all testers.

Winchester advertises the SX3 as the fastest autoloader afield, and while I’ve shot autoloaders from every major competitor—and the Beretta/Benelli families are tight rivals—I haven’t found one faster than the SX3. The fact that the SX3’s MSRP is at least several hundred dollars lower than comparable guns from makers like Beretta, Benelli, Remington, and the related Browning make the SX3 an even more formidable machine. 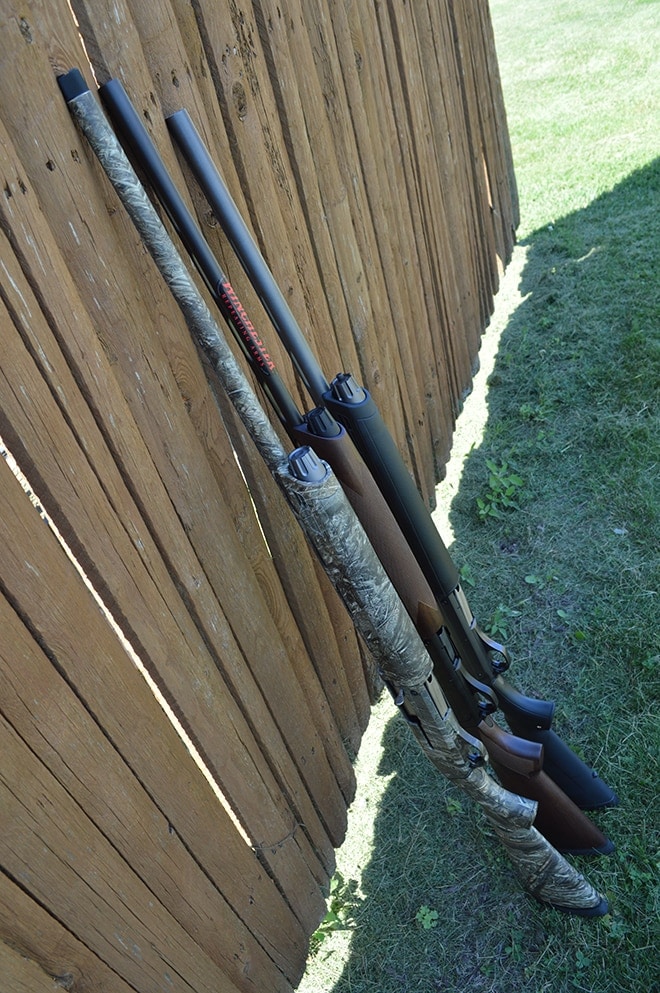 Like any autoloader, a thorough disassembly and cleaning is necessary after heavy use. That said, I never “had” to clean an SX3 because of malfunction. While some autoloaders seem to be in a competition to use as many—and as intricately complicated—parts as possible, SX3’s are quite the opposite. The simplistic trigger group drops out by punching two pins. Likewise, the bolt has only three main parts and removes easily. The gas system runs like a champ, and cleans up as quickly as any autoloader.

Winchester’s SX3 shotguns are not about flash or flamboyance. There are no groundbreaking features tearing up the news pages. Rather, the SX3 is quietly going about its business as a well-built workhorse of a gun that comes about as close as any maker can to building one shotgun that can not only handle, but excel at all aspects of shooting and hunting. It’s light, self-adjusts to any loads, shoots as fast as you can pull the trigger, is reasonably priced, and is one of the lightest recoiling autoloaders on the market today. The SX3 is no flash-in-the-shotgun pan; it’s here to stay. And it’s a shotgun built to be passed down from one generation to the next.