Gun Review: The new Browning A5 is both a blessing and a curse (VIDEO)

With a motto of “Come Hell or High Water,” Browning has set the bar high for performance with the release of the A5.  What looks like a modern reproduction of the classic humpback Auto 5 is actually an entirely new shotgun.  Will the nostalgic shooters embrace it?  Or is this a gun for the new age hunter?

The New and the old

I have long been a fan of the old Belgian Browning Auto 5s with their classic lines, trademark humpback receiver and long-recoiling action since I was old enough to handle my grandfather’s Sweet Sixteen.  In a brilliant move built upon that undying affection for those old arms, Browning resurrected the design with the modern A5.

While the outward similarities are clear in appearance, the inner workings share little.  Whereas the humpback design of the original was born of necessity — the bolt needed room to move — the new model retains this style as a nod to the past.  Unlike its elder, the new A5 has state-of-the art interchangeable chokes, high grade wood and needs no adjustment from light to heavy loads.  Though released in mid-2012, these guns are finally making their way onto gun shop racks.

The new Browning A5

Our test gun — the A5 Hunter model — arrived well-packed in a black ABS hard case stamped with the A5 logo.  It included a small choke tube box with three Invector DS chokes — full, modified and improved mod — and a nice choke wrench.  Browning even includes multiple shims for adjusting both length of pull, cast and drop. 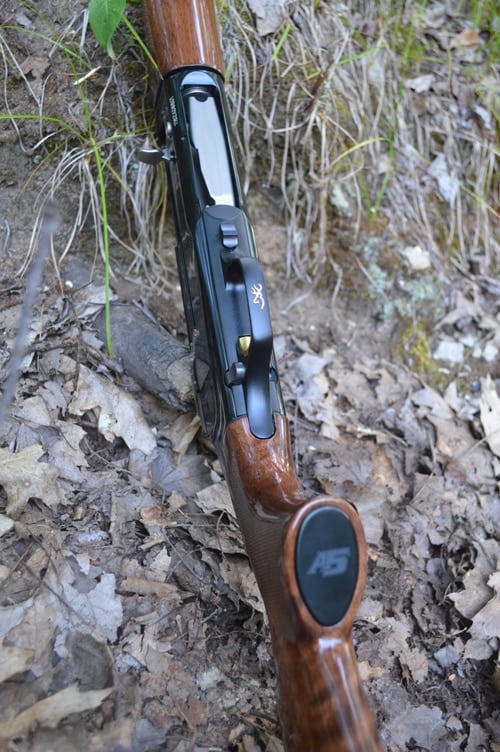 The sleek ventilated rib lends the gun a fast, modern look. This one came with gorgeous wood, a 28-inch barrel and 3-inch chamber.  Our model weighed in at 6 pounds, 12 ounces with a retail price of $1,559.

Browning offers many other options, including a synthetic A5 Stalker and a pair of A5 Camo versions in two Mossy Oak patterns.  All three are available with 26-, 28-, or 30-inche barrels and -” or 3 1/2 inch chambers.   This is a recoil-operated autoloader using what Browning calls the Kinematic Drive System, which shares much in common with the now-expired Benelli patent.

The bolt shows four solid locking lugs, in what must be a nod to the old BAR design.  The short recoiling inertia system sounds and feels more modern than the long, barrel recoiling design of the Auto 5.  The Hell or High Water motto is apparent in the warranty, as Browning guarantees the A5 for 100,000 rounds or five years.  Backboring and the Vector Pro lengthened forcing cone are expected and delivered.  While the checkering on the butt stock was crisp and clean, the forearm on our test gun had a slightly haggard, stamped look that didn’t match the quality of the wood, though it still did its job.  While I don’t like taking my pretty old collector Auto-5s out to a muddy goose field or submerged duck blind anymore, I wouldn’t hesitate to grab the new A5 and dig into that Hell or High Water guarantee.  I was a tad surprised to see that the new A5 comes from Browning’s plant in Portugal.

There are many features to love on Browning’s new A5.  Built of aircraft grade aluminum alloy, the gun’s light weight is amazing for carrying around all day.  And even being light, the gun shoulders well and points just like the old Auto 5s.  However, there is always a trade off with weight and recoil and the new A5 does not escape that fact, even with the modern workings of a semi-auto.  Now don’t get me wrong — it’s not a major complaint and is certainly manageable, yet cheek slap was noticeable to all who shot the gun — with both target and hunting loads. New technology in the Inflex recoil pad is supposed to direct recoil and the comb down away from the shooter’s face, but none of us on the range felt any great reduction here. The slickness of the pad was nice though, as it didn’t catch on any clothing.

The gun cycles flawlessly and I mean flawlessly.  Unlike the old Auto 5, no adjustments of old friction rings are needed.  We ran light 2-3/4-inch 1 ounce loads, 1-1/8 ounce target loads, heavy high brass hunting rounds, hyper velocity steel, and every flavor of reload I could find on my bench.  We even tried a few that had a messy crimp job and the A5 spit them all without a hitch.  Where other semi-autos need a deep cleaning after eating all that ammo, the inertia system directs gases and fouling down the barrel and away from the action, keeping things noticeably cleaner.  Inertia actions, however, are generally not as light recoiling as their gas driven counterparts, like Browning’s Maxus. 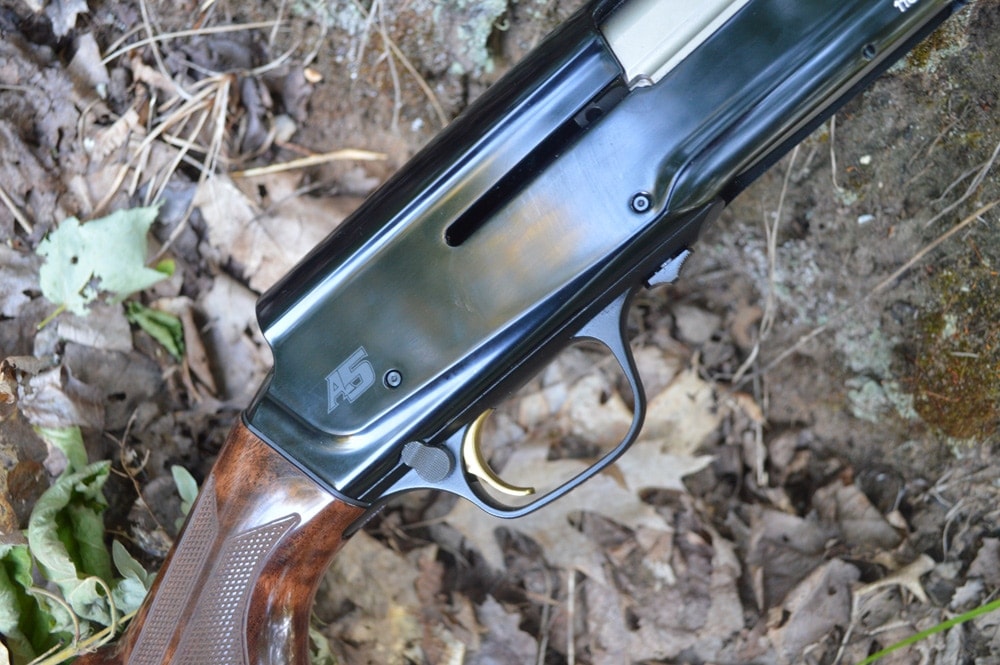 I think it’s safe to say that this gun can shoot much faster than an average shooter can pull the trigger.  Like Winchester’s SX3, the A5 will fire as fast as your little finger can move.  A nice feature we enjoyed during field trials was the turn-key magazine plug, which is easily removed with a vehicle key or other pocket tool.  Like its namesake, the A5 retains the Speed Load feature that feeds the first shell in the magazine directly into the chamber.

We liked the Invector-DS (Double Seal) chokes.  With threads at the muzzle end and a brass seal at the other, the threads stay surprisingly clean.  The long, thin-wall chokes pattern better than any other factory choke I’ve shot out of the box.  A minor negative is the need to flip an under-receiver in order to lock the action open. I re-learned that the hard way when I slammed the bolt on my finger. Several band-aids later, I won’t make that mistake again.

We shot multiple rounds of sporting clays, patterned the gun, and even took the gun out to the pheasant fields.  Though we brought both an old Auto 5 and the new A5 for comparison sake, by the end of a long day’s shooting, we were fighting over who would get to carry the much lighter A5. 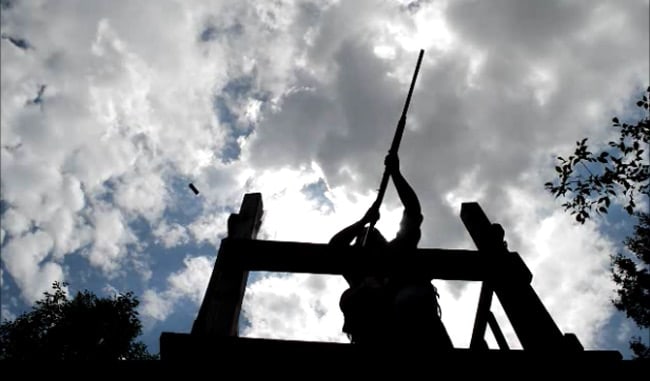 In with the old (and the new)

Browning’s other catch phrase, “This ain’t your grandpa’s A5,” is true to bear. For me, that’s both the blessing and the curse.  The nostalgic among us will still prefer the A5. Yet, the wood on the new A5 is prettier than my old timer — though I’m a sucker for patina — and it has many appealing features.  But there’s still something heartwarming about the old ka-chunking action of the Auto 5 that I just don’t get from the smooth newbie.

While I would never trade my classic for this sleek throwback, it sure looks nice next to the old Belgians.  Kudos to Browning for resurrecting the design and re-introducing it to a modern audience.  Here’s hoping a whole new generation of shotgunners cut their teeth learning the pleasure of sighting down that long humpbacked receiver, watching clays break and birds tumble from the sky.