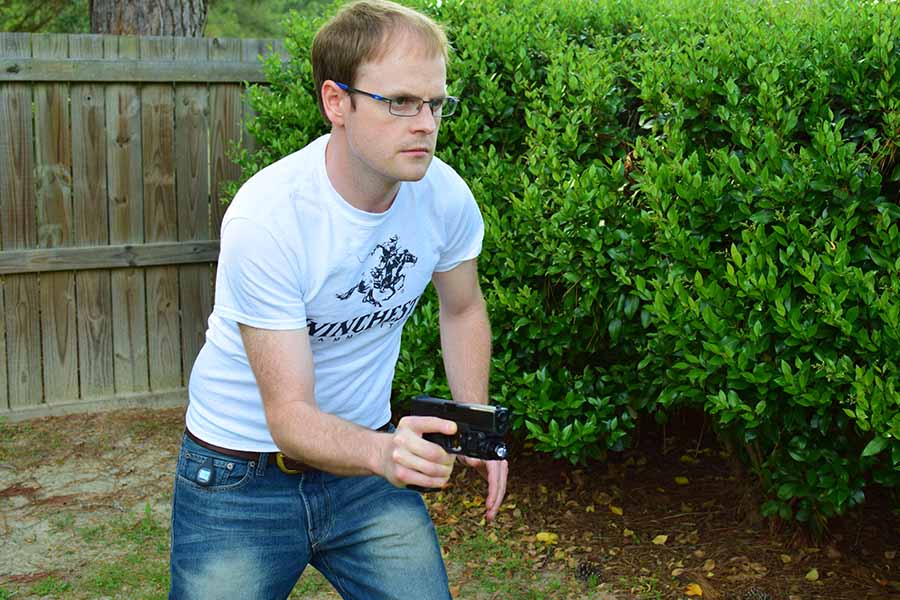 Point shooting has fallen out of vogue lately, but still has its uses (Photo by Kay T.)

If you’ve watched any films or played any video games in the past decade, you’ll notice that everyone uses their weapon sights all the time, The Walking Dead’s Andrew Lincoln not included. Every high-speed, low-drag operator’s cheek may as well literally be welded to the stock. Logically this makes sense, you can’t hit what you’re not aiming at. But, what about those times when the target is too close to aim at?

The U.S. military addressed this in its manual of arms for the venerable M1911 in the “Field Manual 23-35 – Combat Training with Pistols and Revolvers” it reads, “When the eyes are shifted to a new object or feature, the finger, hand and arm also shift to this point. It is this inherent trait that can be used by the soldier to rapidly and accurately engage targets.”

While it’s easy to dismiss this as archaic, outdated combat techniques that no longer apply, the majority of combat techniques are born from experience gained in warfare. With the rate technology advances it’s easy to marginalize old field-guides, holding them in the same regard as blood-letting in medieval times. Unlike medical technology where a single advancement can cause a quantum leap in effectiveness, firearms are a very mature technology. In particular, close combat today is not terribly different from the late 19th century. Shoot your opponent if you can, if he is too close to shoot, bludgeon with whatever you have. Cool names and slick techniques are used to diminish the brutality of the event, but it boils down to two combatants fighting with whatever they have to the death.

This is where point-shooting comes into play, before you are forced to grapple a potentially stronger opponent, but after they have passed the Tueller drill 21-foot threshold. In this dangerous sweet-spot, point shooting is king, especially indoors. Extending your arms, gun in hand, presents the weapon to whomever is gutsy enough to grab it. By keeping your arm bent, pistol low but still pointed forward, a shooter can instantly react and engage any target of opportunity. It also frees up your other hand to open doors or push attackers back, giving you time to engage them with your firearm. If your opponent ends up being much further away or if you’re lucky and get the drop on them, then you can worry about using sights.  A word of caution though, this scenario should be avoided at all costs. The greatest technique for surviving a gunfight is to never get into one. So dangerous are these encounters, that the standard operating procedure of the Soviet Red Army in WWII when clearing the ruins of Stalingrad, was to throw a grenade in every doorway, just in case. 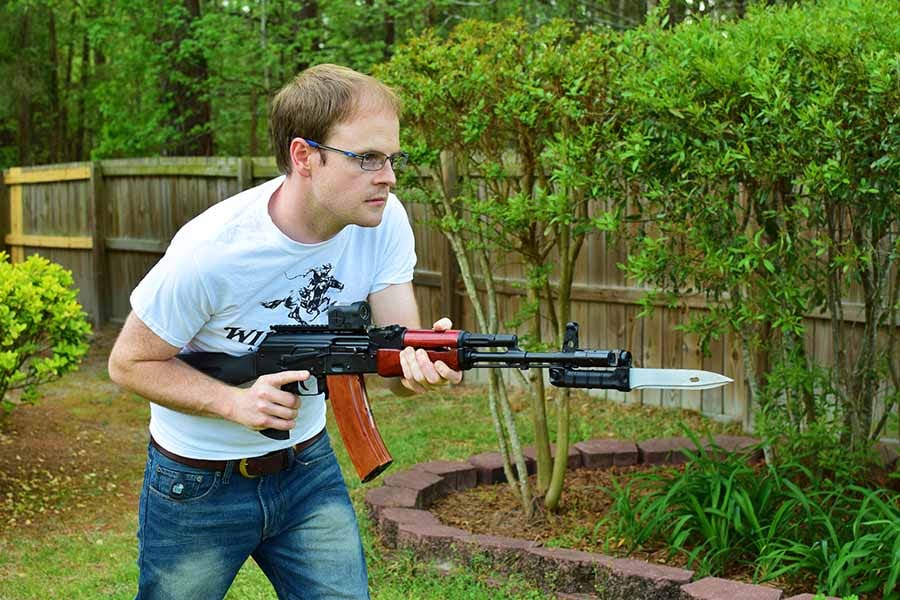 Point-shooting even applies to long guns (Photo by Kay T.)

Since most of us don’t have access to grenades and using them to blindly clear rooms in our home is not only dangerous but ethically questionable, we have to make due by training. Point shooting, though natural, is an extension of hand-eye coordination and must be fostered to be mastered. Anyone who plays golf knows that technique, form, and practice have to come together to make everything work. Even then, you’ll still make mistakes, but they’ll be within an acceptable margin of error. In golf that means still in the fairway; in shooting, center mass hits.

Point shooting is great in these scenarios but in no way replaces aimed fire for distant targets. Defense-minded shooters looking to improve their skills should think of point-shooting as a tool in their bag of defensive techniques. Just as a screwdriver makes a lousy hammer, point-shooting too is lousy when employed incorrectly.