Glocks, Smith & Wesson M&P and other polymer-framed handguns are great, but nothing beats the feel of an all metal 9mm handgun.

My favorite hefty nine is the SIG P226. Great iron sights, good magazine capacity and soft recoil make the P226 a great home defense or concealed carry weapon. The only thing I don’t love about the SIG is its price tag. Thankfully there are some SIG-inspired designs that can scratch the SIG itch without the cost, like the Zastava CZ999 Compact.

In 1989, the Serbian military replaced its aging stockpiles of Tokarev-based M57 handguns with a domestic design based on the Walther P88. Dubbed the CZ99, this new service pistol served with distinction in several Serbian conflicts of the 1990s. Despite its sordid history, the CZ99 proved a reliable, accurate pistol. After a few modifications to presumably simplify manufacturing, it became the CZ999. 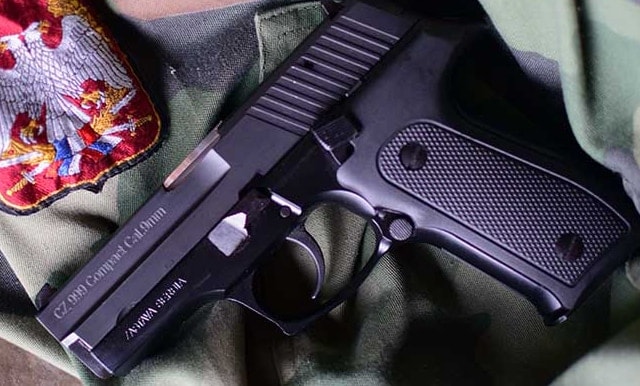 Serbia’s standard military arm, the CZ99 has a great deal in common with the CZ999 Scorpion and Compact (Photo: Jim Grant)

Available in both 9mm parabellum and .40 S&W, the CZ999 series of handguns are influenced by SIG Sauer’s P220 series of handguns, though not as much as they appear. The CZ999 differs from SIG’s handguns in a number of ways. The most obvious of which is the combination ambidextrous decocker/slide release. Despite similar appearances no parts are interchangeable between the two designs. The CZ999 nearly fits SIG P226 holsters, but the ambi decocker adds just a little too much width. 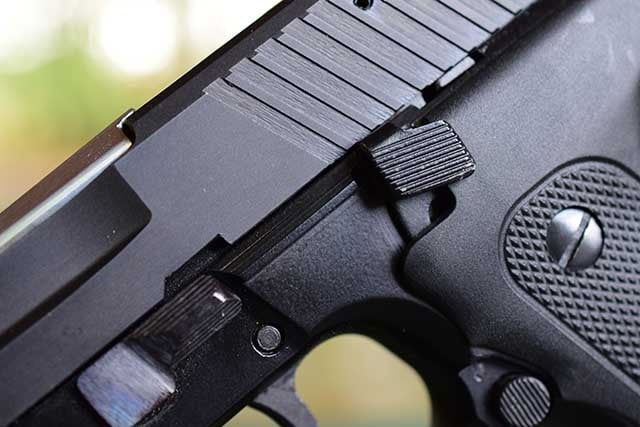 The CZ999 combines a decocking lever and slide release into a single control. (Photo: Jim Grant)

As previously stated, the slide release lever doubles as the decocker depending on the condition of the pistol. If the slide is locked back, it functions as a slide release. Whereas if the hammer is retracted, it can be safely lowered with the same lever. Additionally, the lever can be raised to lock the slide open when it is pulled back. While these controls are unconventional, learning them is easy and after a few hours of practice becomes second nature. 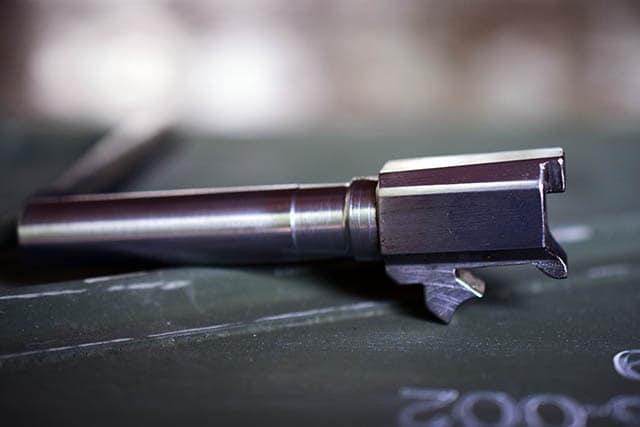 Despite the CZ portion of its name, the CZ999 has nothing to do with Czechoslovakian arms maker, Ceska  Zbrojovka. The CZ Portion of the three nines’ name is an abbreviation of Crvena Zastava or Red Flag in Serbian. 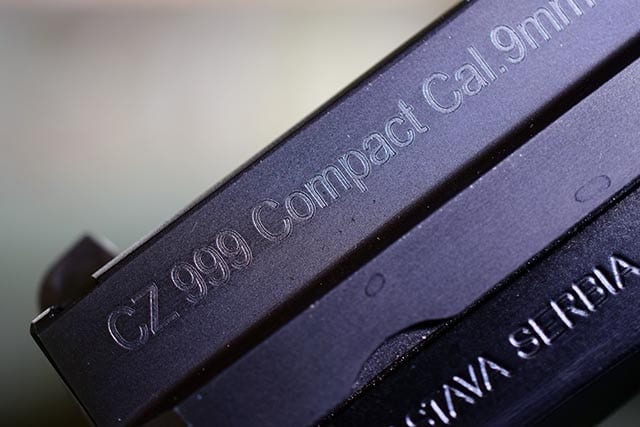 Feeding from a 15-round magazine, the CZ999 is an aluminum-framed, double, single-action semi-automatic pistol chambered in either 9mm or .40 S&W. Its slide is milled from a single block of steel and features durable, all-steel notch and post sights dovetailed into the slide. The 3 4/5-inch barrel is chrome-lined to better resist corrosion and rust. 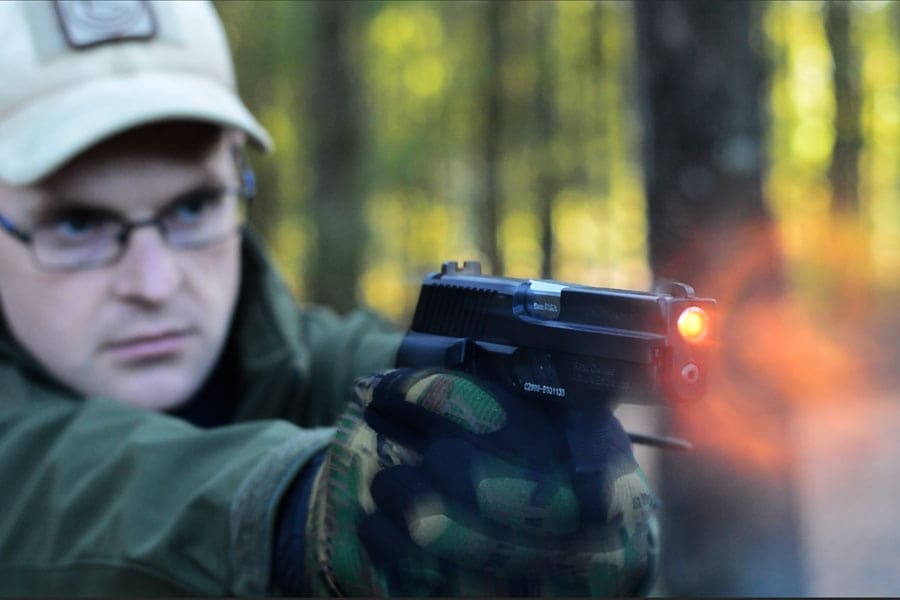 In testing, the 9mm CZ999 functioned 100 percent with Federal American Eagle, Winchester NATO spec and Aguila ammo brands. Each of these produced groups that hovered around 2.5 inches at 25 yards when shot from a rest. While nothing spectacular, this level of accuracy is sufficient for self-defense and combat use.

Ergonomics are good to great depending on the shooter’s size. Small-handed shooters may struggle to comfortably reach the trigger in double action mode, but once the hammer is primed, all but the smallest individuals can easily reach it. In the military, soldiers come in all shapes and sizes and it’s evident that the CZ999’s designers understood this. Since it includes an ambidextrous magazine release and decocker, which doubles as a slide catch. The only downside to the design is the magazine release spring’s tension. While not requiring Herculean strength to depress, many will struggle to quickly drop spent magazines.

Retailing for around $401.95, the Century-imported CZ999 is an inexpensive alternative to the Beretta M9, SIG P226 or Browning Hi-Power for shooters searching for an all-metal military pistol. Despite its SIG-Like appearance, the CZ999 can’t utilize SIG magazines. A closer examination suggests that only minor modifications are needed to adapt magazines from either platform to one and other.

Even though its magazines are more difficult to find than more mainstream designs,  the CZ999 still makes a great bedside gun or concealed carry choice. It may not be as polished or smooth as competing designs, but at half the cost of most Western military designs this is perfectly acceptable.