Smith & Wesson Model 60: The only revolver you need? 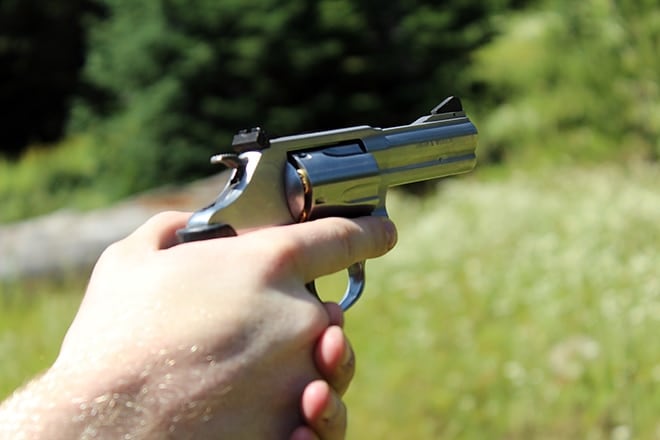 Smith and Wesson Model 60 at the range. (Photo: Nicholas Oetken)

If your primary environment is in the woods, where you can come across bears, wolves, or worse, carrying the full powered .357 Magnum round for protection makes a lot of sense.

At the same time, it’s hardly desirable to pack around a heavy revolver that’s just going to weigh your belt down all day.  The Smith & Wesson Model 60 steps in to combine the best of both worlds: it fires full powered .357 Magnum rounds and does so in a very light and comfortable 24 ounces. 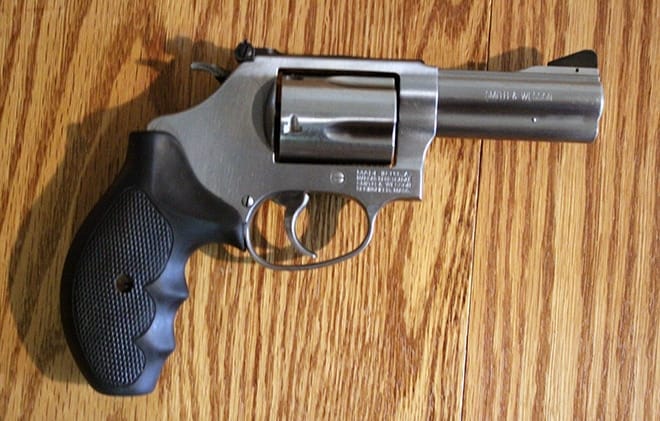 This is just one of the many reasons why, if you could only own one revolver, the Smith & Wesson Model 60 should absolutely be on your shortlist of candidates.  It’s a very versatile and well made little revolver that packs a lot of punch for its size. 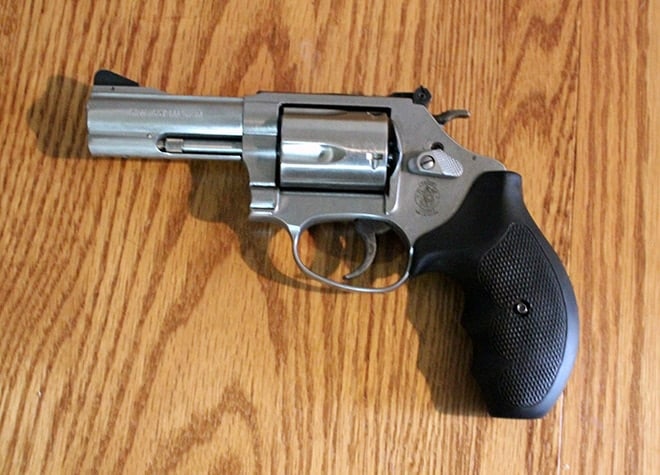 The Model 60 is well known in the gun world for its main claim to fame: it was the first ever mass produced stainless steel revolver.  The Model 60 was instantly popular when first introduced in 1965 and has continued to run strong in Smith & Wesson’s arsenal ever since.

Keeping in tradition with other Smith & Wesson revolvers, the Model 60 is as smooth as you could ask a DA revolver to be.  Whether it’s the trigger pull, hammer pull, or cylinder release, none of the controls on this gun are going to put a blister or a scratch on your skin if used properly.  The smoothness of the trigger in particular is a revolver lover’s dream and allows for faster follow up shots even in DA mode, especially when loaded with .38 Specials. 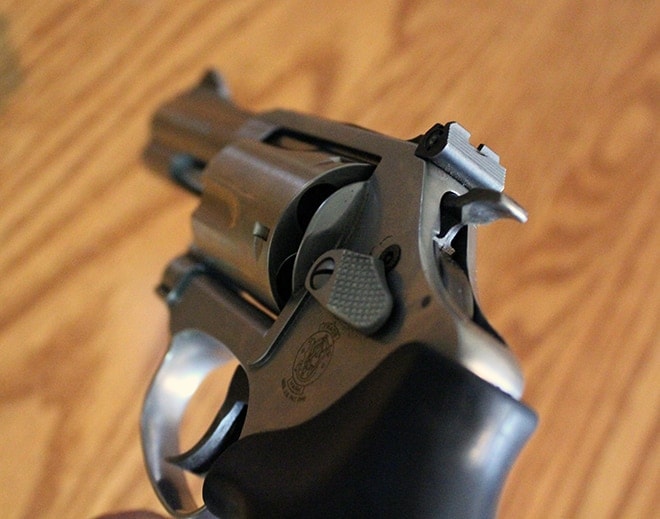 The stainless finish on the Model 60 is something to marvel at, but then again, that’s pretty much to be expected with Smith guns.  I highly admire the polishing on the Model 60, and while the gun I used for testing is starting to show just a few small signs of wear on the frame and cylinder after years of heavy use, it’s incredible how well the gun has held up.

In my experience, the distinct smoothness and high quality finish of the Model 60 stands light years ahead of its main competitor, the similarly sized Ruger SP101.  Don’t get me wrong, I’m a huge admirer of the SP101, but putting the two revolvers together, there’s no denying that the Model 60 is the more pleasant to shoot and operate. 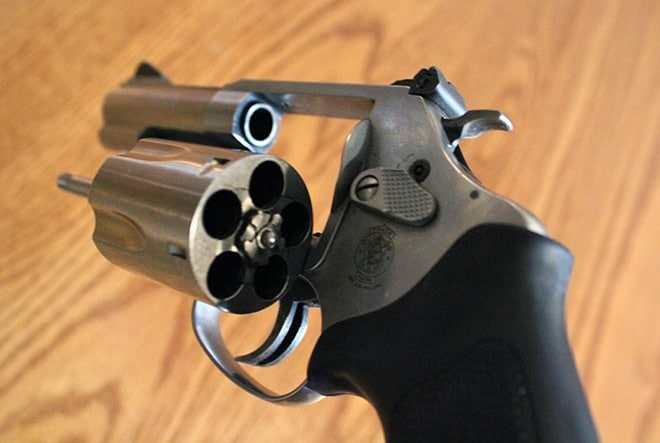 The Model 60 is also incredibly comfortable to carry with excellent ergonomics.

Being lighter than the SP101, you can easily forget about the Model 60 when keeping it strapped to your side or thrown in your pack while exploring the woods.  The black plastic grip is highly ergonomic and feels solid.  I can easily wrap all three of my fingers around it for a firm, secure grip. 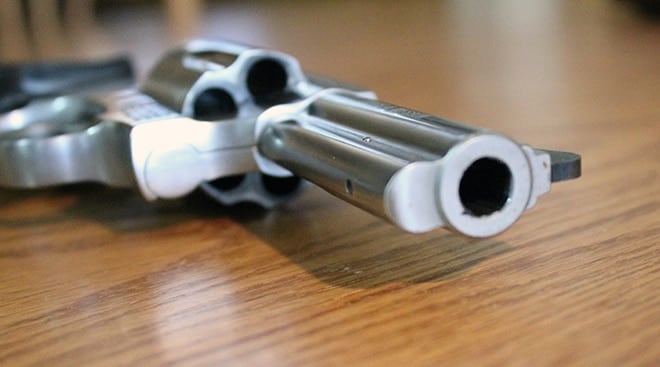 The Model 60 only holds five rounds in the cylinder.  This is one reason it is an overall smaller and lighter package, but the trade off is reduced firepower.  Why carry a five shot revolver when you can carry one that holds six?  That’s a question you’ll have to answer yourself.  I know that five well placed .357 shots are going to deal a lot of damage to nearly any threat you could encounter out in the woods. 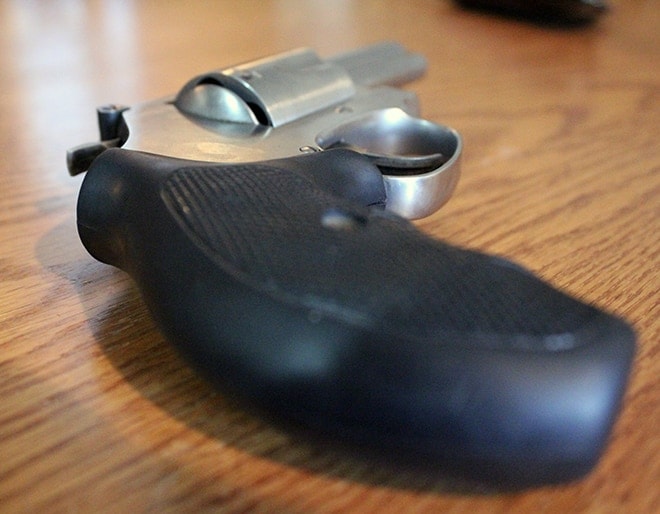 On the range, the Model 60 is a very pleasant shooter when loaded with .38 Specials.  I could shoot .38s in this gun literally all day and leave the range with a smile.  As to be expected, it’s a different story with .357s.

The .357 Magnum was designed for large framed revolvers, so it’s understandable why one would be wary of the caliber in a smaller framed gun.  While the full powered .357s are certainly controllable in the Model 60, the recoil is still at least two or three notches above the .38s and admittedly not something I would want to use as an all day range toy. 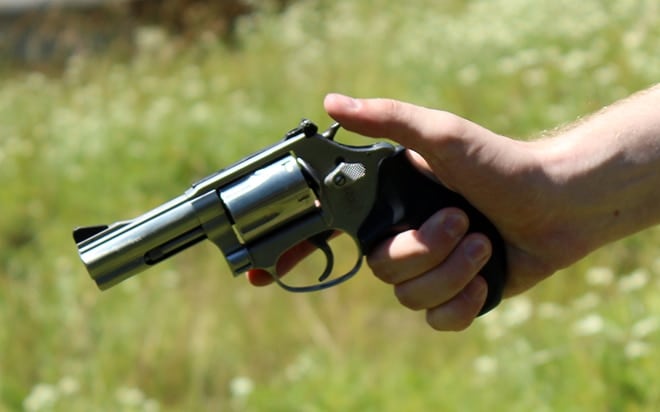 My suggestion would be to train with .38s and then load .357s when packing the gun in the woods.  If you ever find yourself in a situation where you need a gun and your adrenaline is pumping, the recoil will hardly be noticeable.

The adjustable sights are a huge plus on the Model 60 and add to its value as a recreational shooting gun.  Accuracy out of the 3-inch barrel is impressive and I was continuously putting rounds on paper at a distance of ten to fifteen yards, many times close to the center dot. 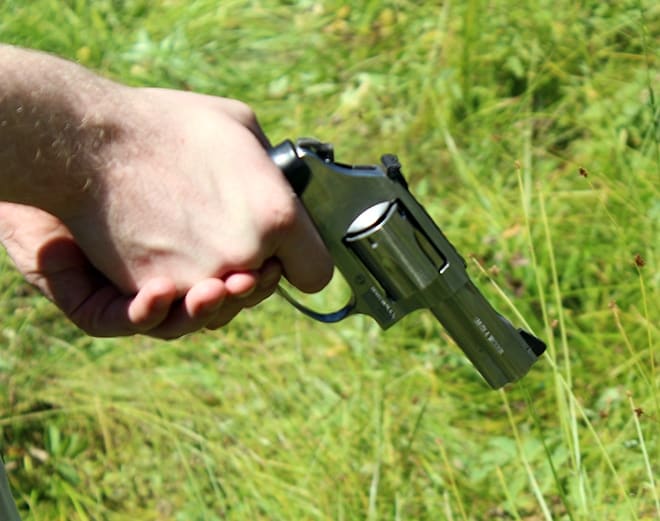 Reliability was also at one hundred percent with no issues whatsoever.  Smith & Wesson has set the bar high in their history of gun making and the Model 60 easily meets the quality to be expected out of the company.  If properly cared for, the Model 60 will easily survive you and your children and grandchildren.

Smooth, light, and Magnum powered is how I would define the Model 60.  It’s a very pleasing and high quality multipurpose revolver that’s equally a trustworthy companion for recreational shooting, concealed carry, or as a duty sidearm while adventuring out in the woods.

If I could only own one revolver, I would want something that’s easy to carry but also powerful enough to make me truly protected.  I can think of no more proven option for this role than the Smith & Wesson Model 60.