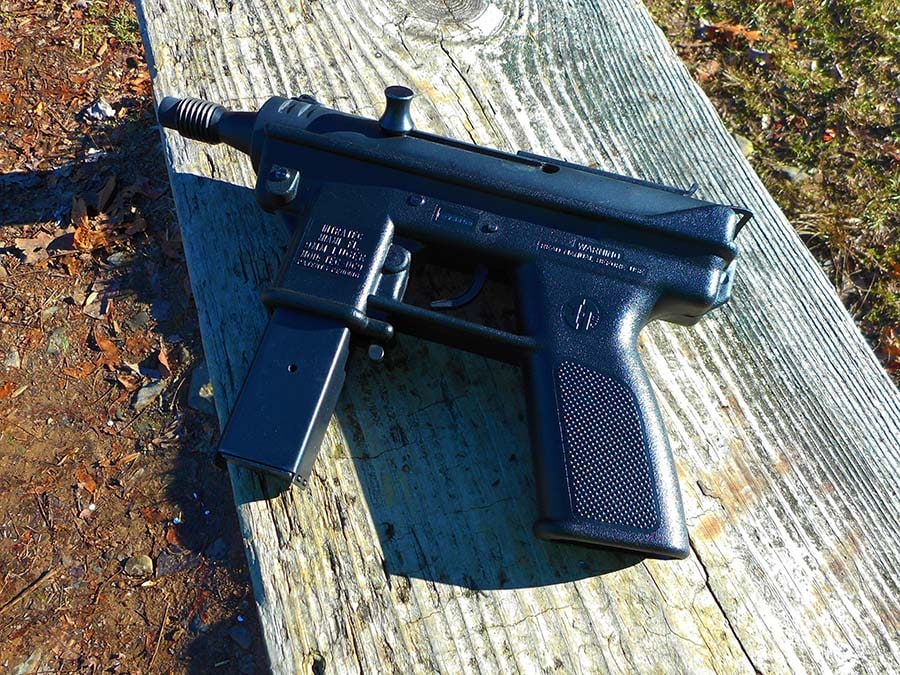 The TEC-DC9 is like a semi-auto MP5 that runs like a Peugeot and looks worse than a High Point. (Photo: Francis Borek)

Sometimes shooters buy guns they know they shouldn’t. Either they have an established reputation for being junk, or clash with that shooter’s collection. We see them at gun shows, laugh and wonder, “Who in their right mind would buy that thing?”  I’m a connoisseur of the classics; I love wood, iron and steel. I gravitate to World War handguns and rifles like Fudds to anything Browning. So you can imagine my surprise when a few weeks ago a shrouded-barrel staple of the 1980’s followed me home. It all happened so fast, how the hell did I buy a TEC-9?!

Despite being a staple of Americana, the TEC-DC9 originated in Sweden as the Interdynamic MP-9. The MP-9 is a select-fire blow-back firearm featuring an integrated foregrip and a collapsible wire buttstock. It feeds from a removable steel box magazine holding 32 or 40 rounds of 9mm ammo. Intended as an inexpensive SMG to replace the famed Carl Gustav M/45 sub-machine gun, it didn’t find any customers in Europe or the United States. Out of options, Interdynamic set up a US subsidiary to design and market a semi-auto civilian version. 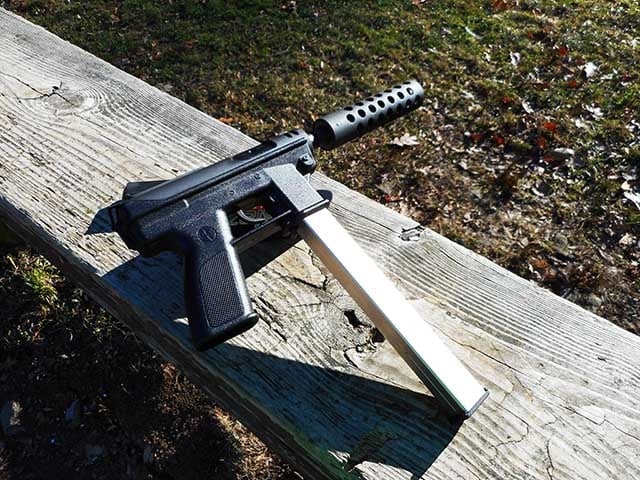 The first group of semi-automatic MP-9 pistols fired from an open bolt, which made them relatively easy to convert to full auto. Once the ATF caught wind of this, they forced Interdynamic to redesign the weapon. The result was the KG-99.

Named for its designer George Kellgren, the GK-99 fired from closed bolt and featured the threaded, shrouded barrel that would be specifically listed in the Assault Weapons Ban of 1994.

Once again, the designers had to tweak their weapon to placate politicians. This time, the weapon no longer featured a barrel shroud or threaded muzzle and bore the name, TEC-9. Another version later emerged to meet special guidelines to be sold in California and was renamed TEC-DC9  (Designed for California). Though this variant only differed from the TEC-9 in the location of its sling swivel.

Unsurprisingly, having to alter their design repeatedly every couple of years lead to Intratec’s bankruptcy in 2001. Though Kellgren is still in the gun business putting the ‘Kel’ into ‘Kel-Tec’.

The TEC-DC9 is an impressive if imbalanced sight. Its massive barrel extension and shroud that screws on to the threaded barrel effectively doubles the weapons weight and places all this extra weight at the muzzle. The bulky extended 40-round magazine helps balance the extension as well as attract other shooters at the range.

The rest of the gun is constructed almost entirely from stamped steel in the same manner as other cheap sub guns like the M3A1 and the Sten Gun. Where the TEC-DC9 differs is in its use of a polymer lower receiver. The use of polymer certainly cut the production costs of the weapon, but likely made it too light for its heavy-bolt direct blowback method of operation. 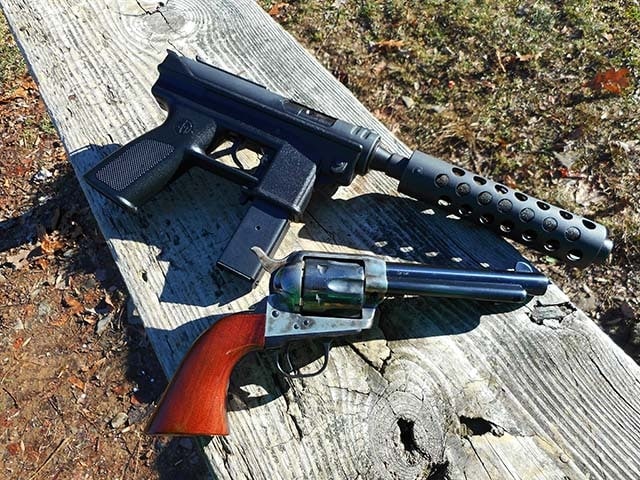 Accuracy is uninspiring due to both the weapon’s disproportionate amount of recoil and crude stamped sights. The metal has an unattractive but durable parkerized finish, and the whole gun looks rudimentary. Despite appearances the TEC-DC9 doesn’t feel cheap or flimsy.The lower receiver is built from a sturdy finely-textured piece of polymer, and the company’s emblem on the grips are nice and clear, and the mold seam lines are hardly visible.

The gun’s controls are simple in the extreme. The trigger is a thin, sharp blade that suffers from a long overtravel but is otherwise pretty decent. The bolt handle doubles as the safety. Push it down all the way, and the gun is on safe.

With Raybans, Hawaiian shirt and 40-round magazine in toe, I felt like a nameless B-movie henchman ready for war. Though it’s a damn good thing I didn’t go to war with this weapon though.

My first clue that the weapon might be finicky, was the instruction manual warning only FMJ’s should be used in the gun. I can give it a little break since the gun was built in the 1980’s when good self-defense ammo was still in it’s infancy. However, if a weapon doesn’t deal well with a slight change in its operating cycle, like an altered bullet shape, bigger issues might grind it to a stop.

Adding further to my unease, were the literal cobwebs in the pistol grip. Either the weapon wasn’t cared for, or was a safe queen. If the latter that begs the question as to why, since it had no inherent collectibility. The only reason I could arrive at, is frustrating unreliability. Especially before the days of Gunbroker and Youtube, where shooters can now either fix or sell their problem guns.

When I finally arrived at the range with a few boxes of 9mm FMJ, I was optimistic. Surely the rumors of this gun being a jam-o-matic were hyperbole and just that, rumors. How else could Intratec sell so many of these guns?

Deciding to start slow, I loaded up a few 10-round magazines, but found that I couldn’t fire more than four rounds without encountering a failure to fire. Most appeared to be caused by light primer strikes. Next, I loaded up the extended 40-round mag and had at it. The result: seven failures. Again, most were light strikes, but two were failures to feed. After loading those seven rounds for another attempt netted me three additional failures. Sigh.

Clearly this gun is a novelty range toy, nothing else. There is a surprising collector interest due to novelty-factor, but no collectibility could convince me to put up with its lackluster performance. If you’re looking for a self defense handgun with a high capacity magazine, pick up a Glock and some 33-round magazines. Steer clear of this piece of junk. The gun is big, bulky ugly and unbalanced. The TEC-9’s only redeeming factor is that it let Kel-Tec designer,  George Kellgren, get his feet wet in the industry.