Gun Review: The Springfield XD is built for first-time shooters 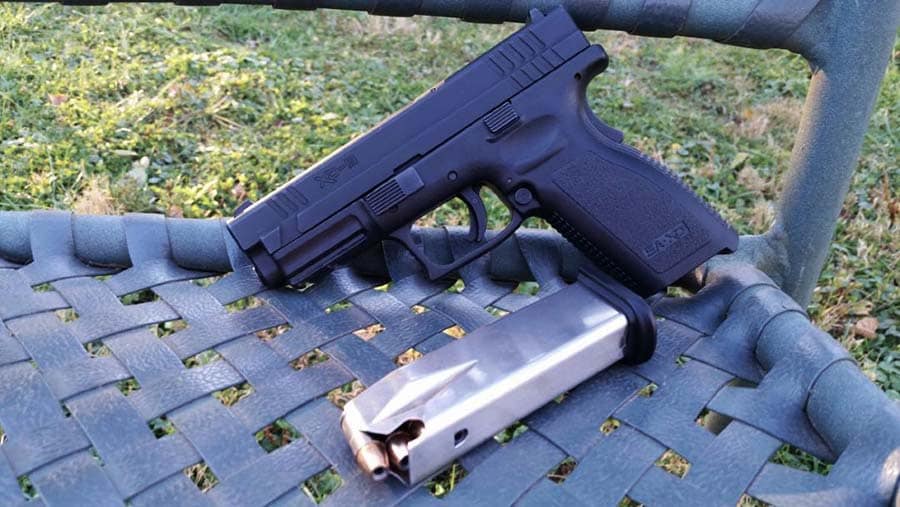 The Springfield XD waits like Batman, ever vigilant to defend you and your loved ones. (Photo: Joshua Gillem)

The full size Springfield XD is a superbly machined piece of equipment and excellent choice for new pistol owners. Reliable and accurate out of the box, the XD ships with one of the most comfortable grips on the planet. Several of the XD’s features make it such a forgiving weapon for new shooters it seems designed for them. While this seems like a rosey-tinted overview of the Croatian pistol, it still has its thorns.

One thing that responsible new gun owners want is a safe weapon; The last thing a shooter needs is for one of their guns to fall into the hands of a child. Manual safeties are great, but take a split second too long to disengage and are especially difficult for new shooter to remember under the stress of a life and death situation. So what’s a gun enthusiast to do, buy a revolver, or a design that only features a trigger safety like a Glock?

The XD provides a different option. 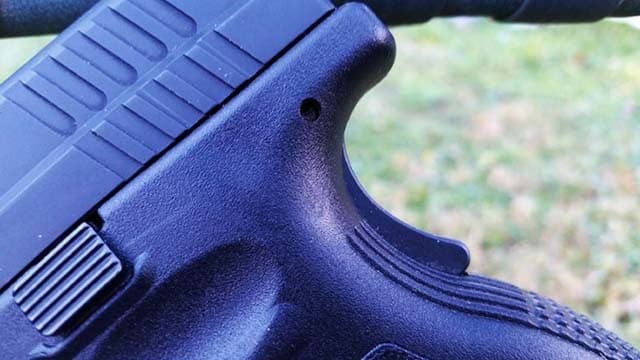 The Springfield XD features a grip safety that prevents the weapon from being fired until it is properly held (Photo: Joshua Gillem)

The striker-fired Springfield automatic has more than enough safety features to make even the newest of gun owners feel secure. The foremost one is the grip safety that prevents shooters from discharging the weapon without properly grasping it. Similar to the M1911, the XD’s safety vanishes when depressed.

The second is a trigger safety. Unless the trigger’s center blade is fully pressed, the gun will not fire. Similar to a Glock or Sigma, this helps prevent the trigger from being accidentally pulled by leather or fabric when being reholstered.

Lastly, the striker status indicator protrudes from the back of the gun when a round in the pipe. While shooters should always treat weapons as if they’re loaded, it’s nice to be able to verify that status without press-checking. This is especially good for new shooters who should avoid unnecessary gun handling in an unsafe location, especially with an unfamiliar loaded weapon. 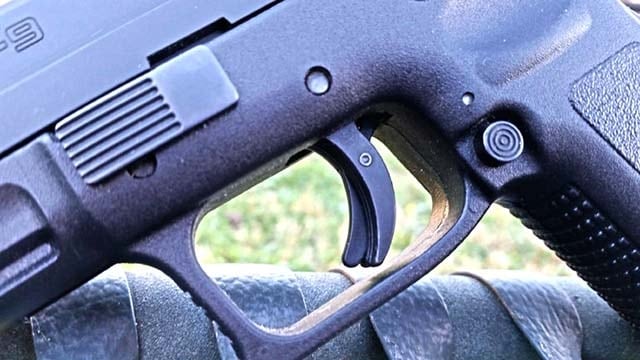 One of the most frustrating aspects of any new pursuit is lack of progress. For new shooters, not seeing any improvement in shot grouping because a weapon is incapable of accuracy is infuriating, and likely to make them quit. Thankfully, the accuracy of XD serves as a confidence booster for the newbies.

I remember the first time I took my personal XD to the range. I thought I’d have to re-familiarize myself with the basics of shooting because I hadn’t fired a weapon in quite a while. This couldn’t be further from the truth. It was impeccably accurate out of the box, achieving one inch groups at 15 yards on its first day!

When shooters are just starting out, they don’t want to spend a ton of money on ammunition. Shooting is already an expensive hobby without investing in top-shelf ammo brands. I use different types of rounds for different kinds of shooting; cheap steel cased rounds for target practice, and hollow points for protection. The weapon fires flawlessly each and every time the trigger is squeezed. Greedily gobbling any and all types of ammo fed to it. After countless rounds I have never encountered a failure

Speaking of ammo, the XD is available in three different calibers: 9mm, .40 S&W and .45 ACP. I won’t get into the endless debate over which round is best, but simply add I wouldn’t want to be on the receiving end of any of them. The version reviewed is in 9mm parabellum and holds 16 rounds of ammo in its magazine. 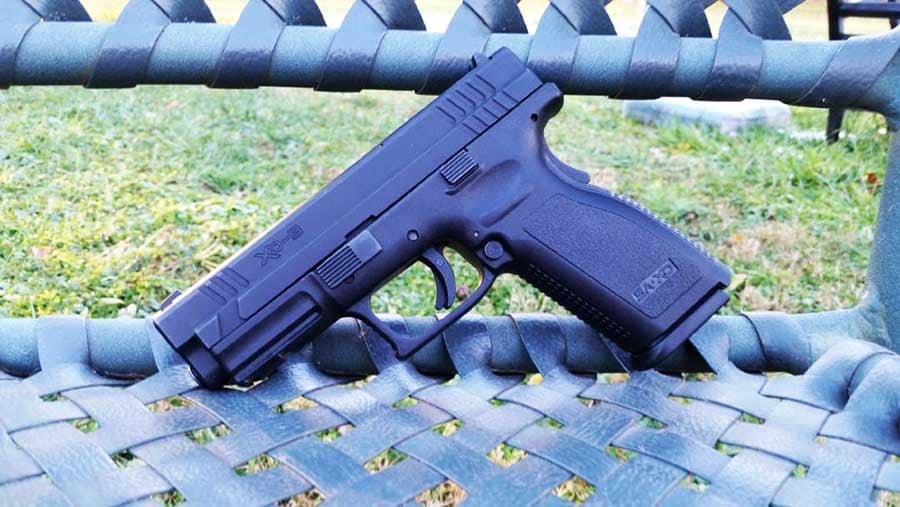 The Springfield XD is an affordable, easy-shooting accurate pistol that new shooters can easily learn on (Photo: Joshua Gillem)

Furthering its reputation as the perfect new-shooter weapon, the XD ships with an essentials kit. The kit includes a lockable case, gun lock extra magazine speed loader cleaning brush and holster. Basically, everything a shooter needs to get started except ammo. While I’m personally not a fan of the included holster because it can mar the finish over time, it still functions perfectly.

The full size Springfield XD is one of the best purchases the new pistol owner can make as a self-defense weapon. Comfortable, accurate and relentlessly reliable, the XD doesn’t dissuage new shooters from embracing the sport. Retailing for around $500, the XD is normally found in the mid-$400s, making it an affordable option for most shooters. Affordable, comfortable accurate and simple the XD is a shoe-in for best first pistol.