Training: 50-round Dot Torture drill tests will test your skills and push your limits 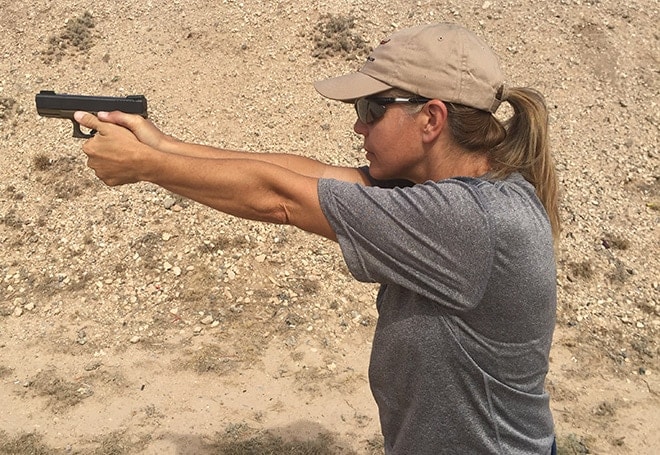 The author with sights on target performs a fifty round Dot Torture drill. This is a great drill for handgunners with a strict practice budget. (Photo: Team HB)

The 50-round Dot Torture drill is a great test of general marksmanship. It can prove encouraging or humbling for anyone, depending on the distance chosen for firing. It’s a drill I use to re-focus after I’ve been away from the range for a while, as it guides you through all the basics, multiple times, and gives clear feedback about where any deficits lie.

It’s good to carry a pen to mark any errant holes between strings of fire, to eliminate confusion as you go along.  Otherwise, the feedback aspect of the drill is lost.

Drawing from a holster is prescribed, but if you don’t have a holster, fire from the ready position of your choice on the start command or signal.

The drill requires ten two-inch circles, or “dots,” numbered in succession. From a minimum of three yards, or five to seven if you’re confident in the basics, fire according to this sequence: 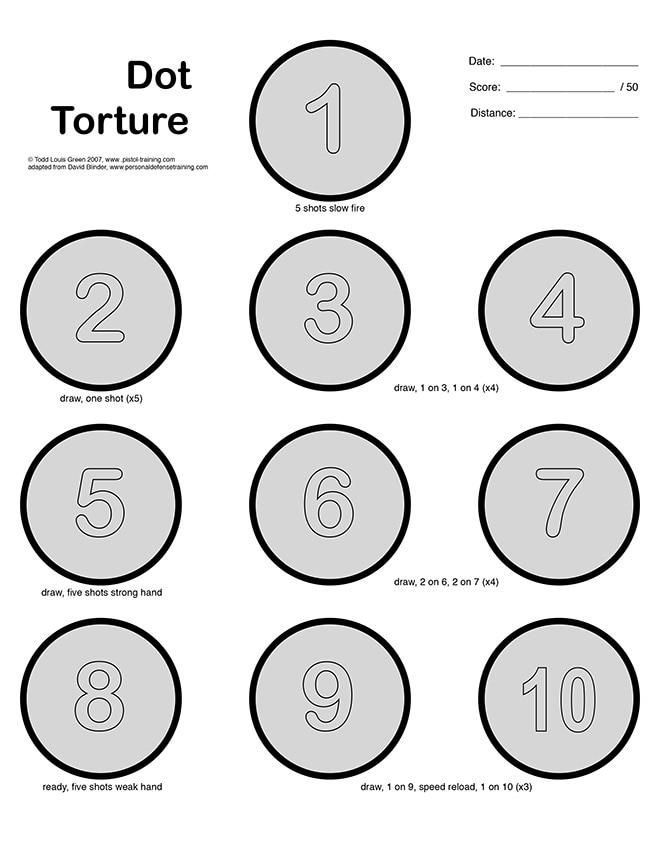 The Dot Torture drill target. Thought here are 10 dots there are really only seven stations of fire.

Dot Torture is a workout for all the marksmanship fundamentals and more. If your time or budget only allow for 50-round monthly practice sessions, this one, done with attention to detail, will keep your skills intact. Add speed or distance to increase the challenge only after you achieve perfection.

If you’re not into drawing your own targets, the website of the late Todd Green still has a downloadable version of Dot Torture.  Single/double action pistol shooters can find an added bonus there: a version of the drill customized for DA/SA firing.  Enjoy.