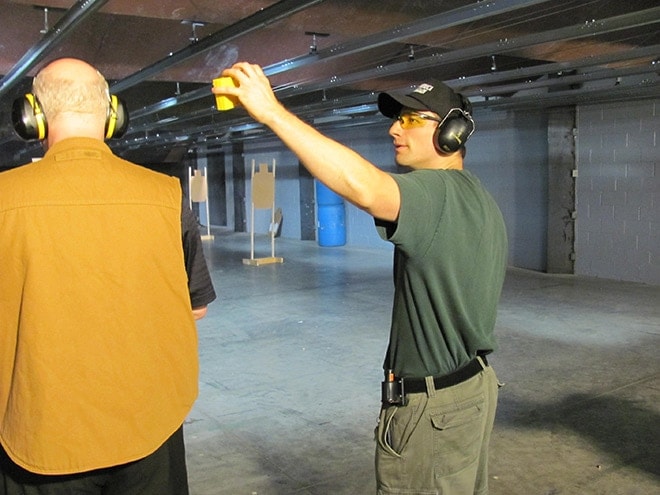 Utilizing a shot timer is one of the best ways to empirically measure your shooting performance and improve, be it as a competitor, hunter or family defender. (Photo: Andy C)

Why do we spend time shooting? There’s plenty of reasons: self-defense, competition, hunting, pure recreation, maybe even as part of a job. But a common thread that underlies all these reasons to shoot is that just about everyone who pulls triggers “practices” at some point with the hopes of improving their skills. After all, we all want better scores, more meat on the table, or to be able to protect ourselves and the people we care about as proficiently as we can within reason.

But practicing to shoot can get expensive quickly between the price of range trips and ammunition. It behooves anybody even a little bit serious to explore ways to make that practice more efficient, as well as measurable. To that end, I’d encourage pretty much anybody who is into shooting guns to buy a shot timer.

I find shooters are a pragmatic bunch in most categories, but I’m still puzzled by the aimless practice I see people engage in or want to discuss with me. As a range officer for a few different shooting sports, I often coach newer shooters looking for some advice, and one of the main things we go over is practice — that is, effective practice habits to make the best use of the valuable limited resources of the shooter’s time and money. Efficient and effective practice means empirical metrics that measure how well you are doing and allow you to set realistic goals. 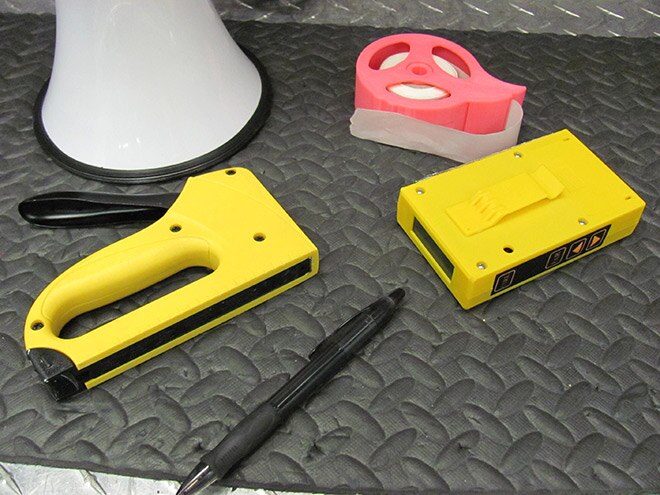 A shot timer is one of the best tools for doing this. For those unfamiliar, a shot timer is a little device that records times related to the sound of gunfire. Even simple shot timers tend to have a range of features, like beeping to tell a shooter to start shooting, beeping again to indicate when to stop, memory features to record time between shots in a string of shots fired (“split” times for the unfamiliar), and  many that can be hooked up to a computer to provide a wealth of data.

They’re staple tools for range officers officiating competitive events. But I’ll also present the case that if you’re serious about improving your shooting, regardless of what type of shooting you do, you should own one.

In the hand of an official at a shooting match is the most common place to see shot timers. Time-based games like 3-Gun, IDPA and ICORE are all dependent on shot timers for scoring. A lot of shot timers are owned by clubs and collectively used for their matches, but when I see a competitor practicing with his own shot timer, I usually assume (correctly) that they are a serious shooter who will put up good scores. Why?

Because if you own a shot timer, your practice no longer consists of “shoot the target and hope it went well.” Instead, you are now able to collect data on important times and work to improve what you know is lacking. Measuring time from holster to first shot, shot-to-shot, from empty to reloaded, split times, and time to shoot common challenges like a Bill Drill — these are all things that a shot timer will help you improve by knowing what time to beat instead of looking for a fuzzy “good feeling” about the way you are shooting.

Additionally, you might not be able to organize full practice matches, but you can absolutely organize small, static stages even on a stationary firing range by using scaled-down targets. I often shoot a tiny version of the classic “El Presidente” stage and, while it’s not perfect, it does give me the luxury of shooting under simulated match pressure virtually every time I go to the range. That kind of practice is invaluable. And if you’re lucky enough to have an accommodating range, maybe you can organize practice stages to shoot on an action range during a less-busy day.

Aside from the gun, holster, and ammunition, one of the first things I tell people getting into competitive shooting is to pick up a shot timer. Don’t worry about the optimal gun for your division, having three different types of magazine pouches, and the most aerodynamic hat. Invest in yourself and your practice.

I have heard from quite a few places that if you go for self-defense instruction involving firearms and there’s no shot timers in sight, you should probably walk out. This makes a great deal of sense to me. When considering use of firearms in the gravest extremes, there is no room for feeling like you’re shooting is getting better without being able to quantify improvement. Having actual data to work off is important, particularly in analyzing not just your shooting, but your logistics.

It’s normal for people interested in guns to spend a lot of time debating and discussing equipment choices, but it’s more important to understand how to use it than owning the ‘right’ tool. If you are serious about self-defense, there are questions you should be asking yourself like:

These are important questions a shot timer can help you answer, along with providing all the same benefits to practice that a competition shooter enjoys. You should be striving to improve your draw times, and working to fire faster while retaining accurately. After you leave a class where shot timers are in use, having your own lets you practice properly to retain that knowledge.

I like going into the bush during the off-season and taking my shot timer with me to practice, especially with varying equipment setups. I normally wear a light Camelbak and carry either a Marlin .357 lever rifle, break-open shotgun or a Savage Hog Hunter in .308 while hunting. Having experimented with lots of different slings, sights, and equipment placements on my body, I’ve figured out what works best for me using a shot timer.

From the moment you spot game to how quickly you can take your first shot is paramount in the type of walk-and-stalk hunting I do at close range in heavy bush. Using a shot timer to simulate seeing a target, you can practice quickly pulling up your sights and taking a shot. This is especially useful for training to hunt upland birds, who often present with a blink-and-you’ll-miss-them profile. You can also practice moving into different shooting positions or practice using nearby objects as an impromptu rest for your weapon.

All the serious business aside, how often do you and a friend or family member go out shooting cans or clays and start making some simple wagers? Bringing a shot timer out for a day of friendly competition adds another layer of enjoyment to a good day spent outdoors. You can also finally resolve that long-burning dispute over who’s faster at shooting a reactive target enough to push it into a circle drawn on the ground (something I highly recommend you try!).

Ultimately, a shot timer can add some variety to shooting paper targets aimlessly. It adds a new dimension to your standard experience for a comparatively low price compared to, say, another firearm, and carries all the previously discussed uses too!

No matter what type of shooting you like to do, a shot timer will make you better at it if used properly. It helps take away the ambiguity of the search for improvement and allows you to set concrete goals, something any serious hobbyist should appreciate. But it’s not just a tool for people who take themselves altogether too seriously like myself—it’s also a great way to spice up a plinking session with friends and family for a relatively low investment.

If you’re looking to take your shooting to the next level in both expertise and enjoyment, I think a shot timer should jump to the top of your buying list.