Why Ruger was so Successful in 2011

2011 has been a big year for Sturm, Ruger & Company – so big in fact it makes you wonder how other companies have kept up. Across the board, Ruger has managed to stay in the public eye by raising money and awareness for gun rights and the NRA, and by releasing big product after big product like the SR1911, LC9 and the Gunsite rifle.

With ambitious deeds, quality products and positive business practices, Ruger has had another successful year in the eyes of the gun community, critics and investors.

Ruger’s primary public relations event of 2011, “The Ruger 1 Million Gun Challenge,” was established to raise money for the National Rifle Association. For it, Ruger has pledged to donate $1 for each of their firearms sold between the 2011 and 2012 NRA Annual Meetings, held in April each year. 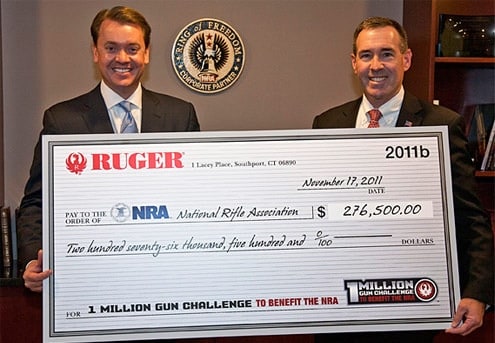 Ruger’s donations will go to benefit the NRA Institute for Legislative Action (NRA-ILA), an institution established to protect the rights of legal firearms owners and the Second Amendment. 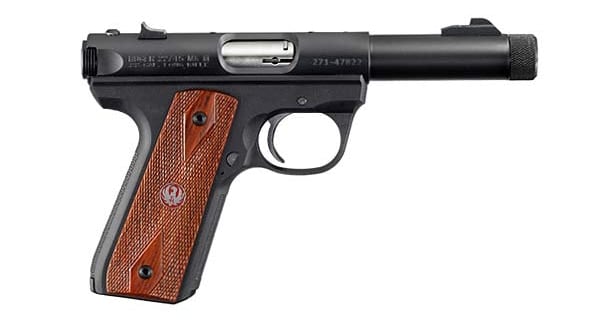 Ruger started 2011 by launching a redesign of their popular 22-45 pistol at the NSSF’s Shooting, Hunting Outdoor Trade Show (SHOT Show), the largest trade show for professionals in the shooting sports, hunting and law enforcement industries. The new design allowed for the grip panels to be swapped out directly with stock 1911 grips so that shooters could mount a wide variety of aftermarket grips on their .22 LR target pistol.

The gun is also now available with a threaded barrel, which opens it up to a niche market. The threaded barrel eases the process of mounting a suppressor. So if you’re like me – a person who thinks a suppressed .22 pistol is one of the most enjoyable novelties in the shooting sports – than this is a big deal. MSRP for this fun .22 is $425.

Although revealed at the 2010 SHOT Show, the Ruger Gunsite Scout Rifle wasn’t released until December 2010. The .308 rifle was developed with Gunsite instructor Ed Head as a lightweight but hard-hitting rifle that could work for almost any application.

In August 2011 Ruger was awarded “Rifle of the Year” by the Shooting Industry Academy of Excellence for the Gunsite Scout Rifle due to the innovation of the design and the recognition of consumer demand. 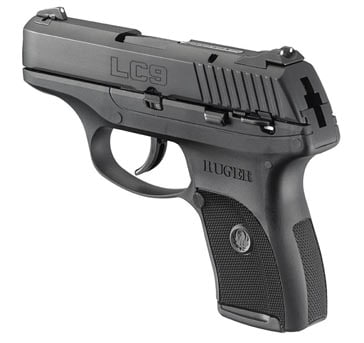 After listening to numerous customer requests for a lightweight, compact single stack 9mm pistol, Ruger released their third notable product of 2011: the LC9.

A variant of the popular LCP, the LC9 is similar in size and features with a double-action only trigger, three-dot sights, rounded edges for “quick-draw” situations, and holds a seven-round magazine.

The LC9 continued Ruger’s streak of success bringing home the Shooting Industry Academy of Excellence’s “Handgun of the Year.” MSRP for the LC9 is $443. 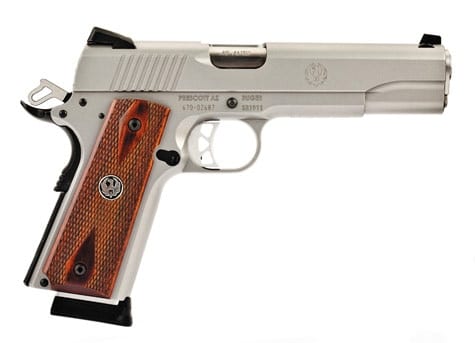 Late in the year Ruger released their long awaited SR1911. It appeals not only to their loyal fans, but also to a wider customer base (those looking for a quality, affordable 1911).

The Ruger 1911 was introduced to the market at the perfect time: a hundred years after the U.S. Army formally adopted Colt’s M1911. The wait to release their first 1911 platform not only raised expectations among fans, but also made the release that much more memorable.

The Ruger 1911 features a bead-blasted stainless steel frame and slide. To ensure a precise fit and tight tolerances, the slide and frame are CNC machined and the barrel and bushing are produced simultaneously. MSRP on Ruger’s new 1911 is only $799, which is perhaps slightly high but still a competitive rate for a quality 1911 platform.

Ruger Wins Manufacturer of the Year

If the awards for their Gunsite Scout Rifle, LC9 and the huge success of the SR1911 weren’t enough, Ruger was also honored as “Manufacturer of the Year” by the National Association of Sporting Goods Wholesalers and is the first company in history to win the award five years in a row.

Lastly, Ruger is currently the highest publicly traded firearms company rated by the NYSE and their stock (NYSE: RGR) just keeps going up. In September 2010, Ruger was only at $12.82 a share and a year later Ruger’s stock settled around $30 a share, more than a 200 percent increase. As of today, Ruger’s stock was quoted at $32.25 a share. The significant increase of the company’s stock value is a sure sign of Ruger’s success in 2011 and we can’t wait to see what it will have next year.