Sig Sauer turned heads when they released their P320 modular, striker-fired pistol back in 2014. This game changer has now had enough time to circle the block a few times and buildup an impressive P320 lineup that is filling holsters for law enforcement, the U.S. military, competition shooters, and concealed carriers alike.

It’s earned a strong following because it lets users easily customize the platform to meet seemingly any mission. The removable P320 Fire Control Unit on its own allows each pistol to be easily modified with different grip modules, slides, barrels, and even calibers. As Sig Sauer proudly boasts, “countless options, endless possibilities.”


But each of the variants of the P320 also bring their own special deck of cards to the table. So let’s take a look at five of the most popular options out there today. 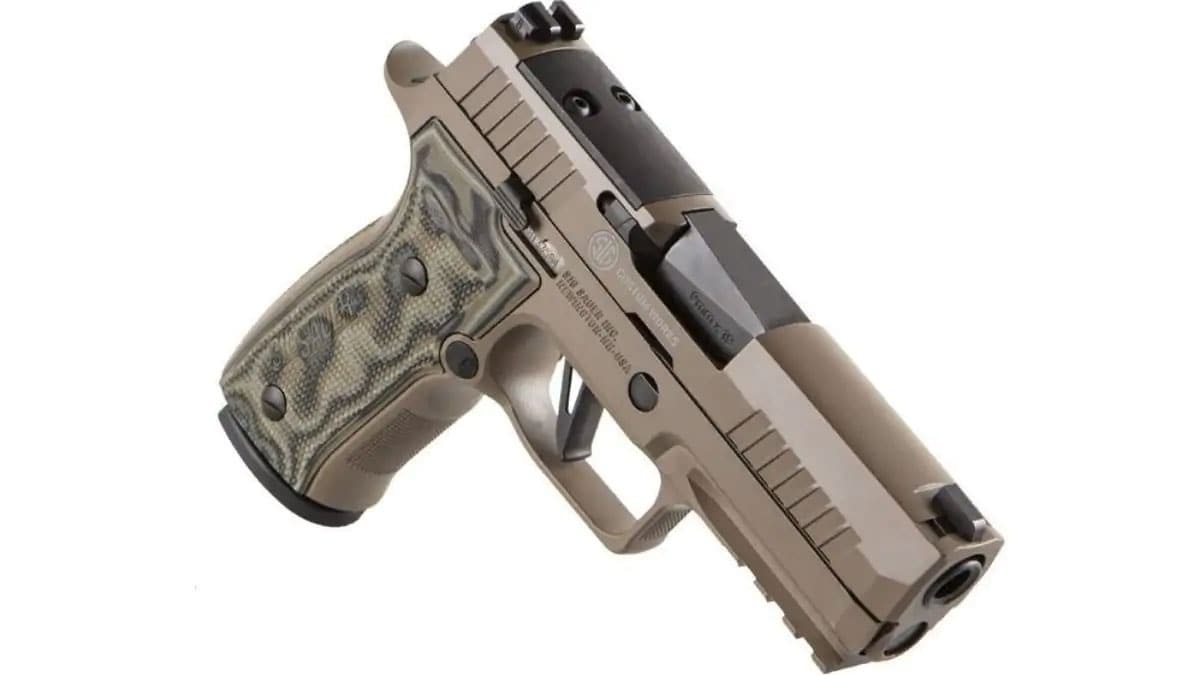 Why not kick it off with a gun that brings the modern advances of the Sig P320 polymer line to a more classic metal frame: the Sig Sauer P320 AXG Scorpion. The Scorpion uses a new Alloy XSeries Grip module and boasts a skeletonized flat trigger and night sights as standard features. The slide is also optics ready.

Just the looks alone make this gun stand out in a P320 lineup, with Hogue G10 Piranha grips and an FDE Cerakote finish. You can thank the SIG Custom Works for the refined look and feel of this pistol. 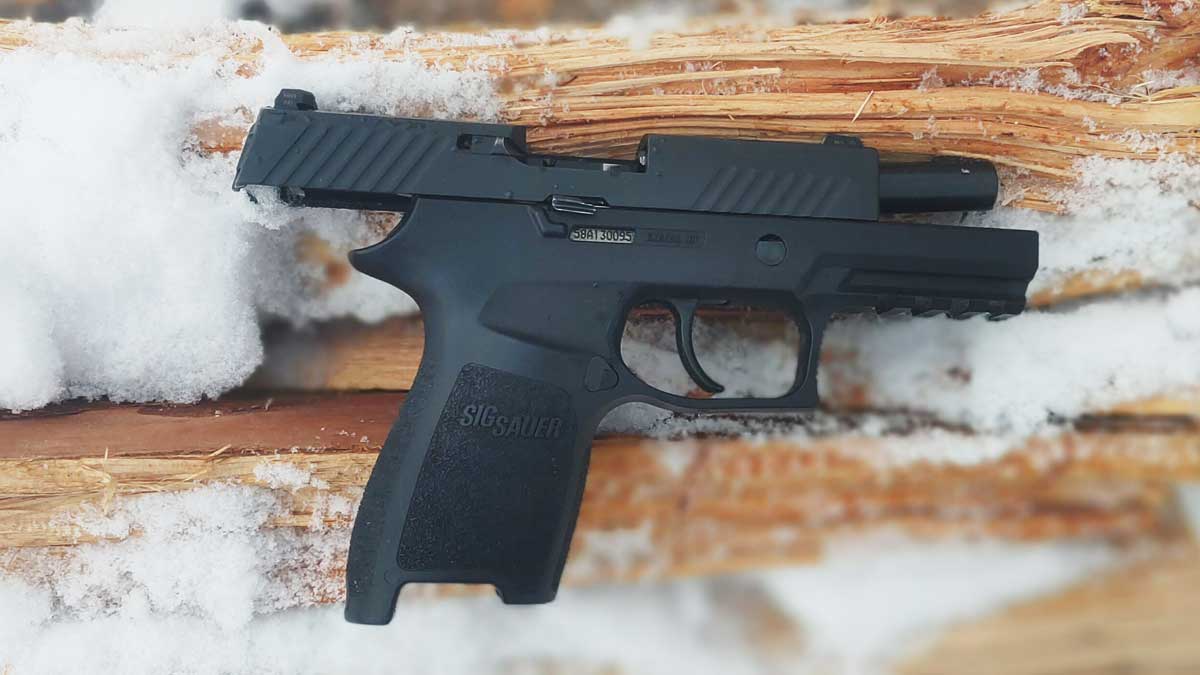 One of the most popular for daily concealed carry, the Sig P320 Compact cuts the grip length of the full-size P320 grip to fit a working man’s CCW needs. Still, it boasts a standard capacity of 15+1 with a 3.9-inch barrel. Aggressive, but not hand-gauging-deep, stippling makes the gun easy to control even on hot days at the range.

Don’t let it fool you, the gun is still relatively large. Ours weighs in just at 2 pounds when fully loaded with 124-grain ammunition. But if you are looking for that blend between a full-sized gun and the cramped finger space on a subcompact, the P320 Compact is a great balance of the two. 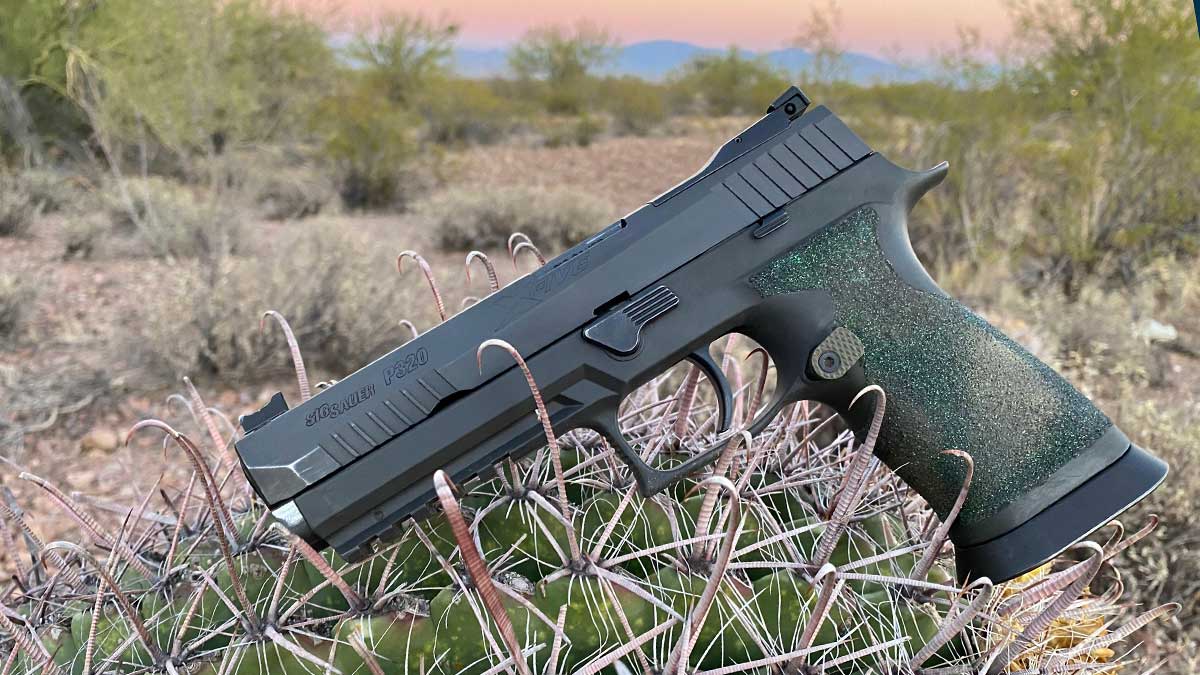 The X5 Legion a great full-size gun if you’re looking for something that can reliably chew through more than 30,000 rounds for competition. It’s significantly larger than the Compact and even the Scorpion. It comes with either 17- or 21-round magazines and has an extended beavertail to support accurate, high-volume shooting.

This pistol comes out of the box ready for competition with a tungsten-infused grip module and flared magwell. It weighs in at 2.7 pounds, which assists with recoil control, and it boasts plenty of space for accessories under the elongated slide.

Sig’s new P320MAX Competition is our dark-horse candidate riding in on the horizon. It was designed in collaboration with Team SIG Captain Max Michel to create a tricked-out competition pistol that comes with a reflex sight already included – the Romeo 3 Max.

This newcomer for 2021 is one to watch and will no doubt hit the competition circuit with quite a bit of fanfare. 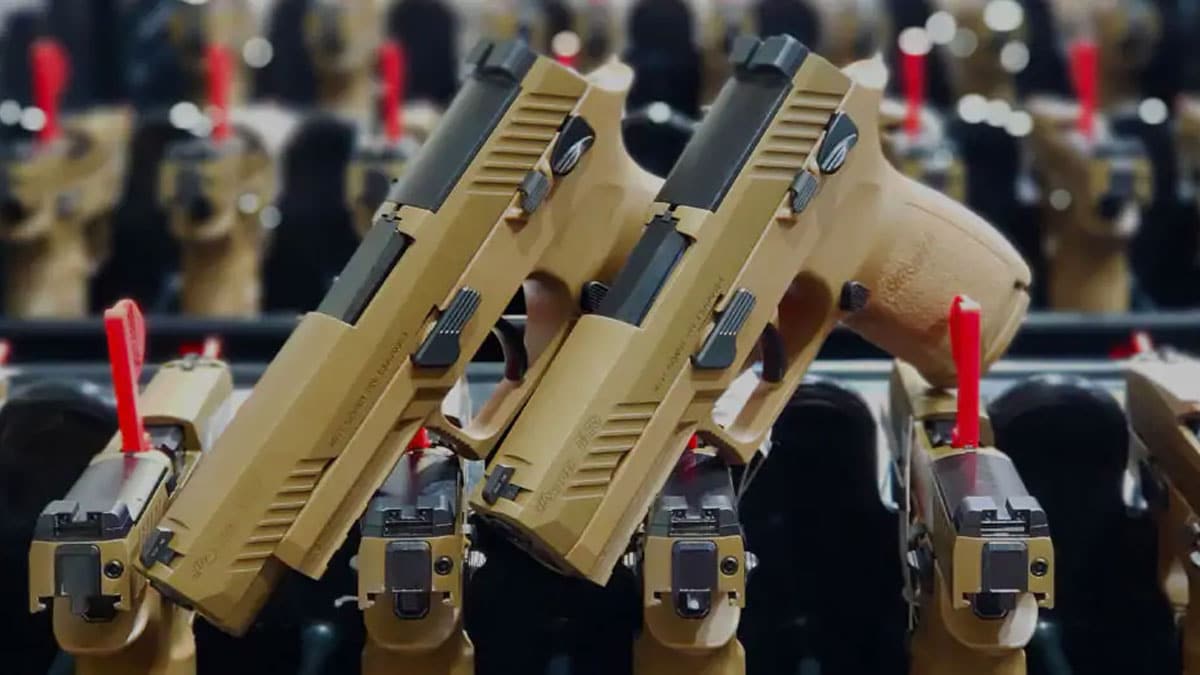 If you’ve been watching the gun news around these pistols, you already know the P320 M17 and the more compact M18 were the final champions in the U.S. military’s Modular Handgun System competition. You can expect to see these guns for many years to come serving with American service members.

The long journey to find a new military handgun created quite a buzz around these pistols, especially knowing they had to pass grueling tests against other well-known competitors. They’ve only recently become available on the civilian market, but we expect they’ll stick around for quite some time.

Of course, we can't end our countdown without at least giving some well-earned credit to the full-sized P320 that truly helped start the new wave of modular pistols. Now that they’ve been around for a while, there’s also plenty of aftermarket options to customize them as you see fit. In fact, for those who are looking to kick the fun up another notch, ETS Group now makes P320 mags that range from 15 to 40 rounds.