Why Would You Want to Convert Your AR to .22 Caliber? Why Wouldn't You?

In my gun safe there are two 22’s that have been with me since I started shooting.  One is a Smith & Wesson 22A.  I have no idea why I love that gun so much, but it is one of my all time favorites despite its unusual looks.  The other is much written about Ruger 10/22.  A present from my wife many years ago, it has remained a favorite for afternoon plinking sessions.  I love to shoot the 22’s because they are so economical and recoil friendly.

The only real downside to my 22’s is that they are odd when it comes to manipulations.  I don’t’ have any other guns that handle the way they do.  The safety on my 22A is not like my 1911’s.  Neither gun has a simple magazine release.  The 10/22 has to be released under the gun, and the 22A has a release in the middle of the front strap.  As a competition shooter, this does not help me get repetitions on the gun that I will be using in competition.

Enter the AR-15 conversion kit and the dedicated AR’s in the .22 platform.  Let’s look at the pro’s and cons of both of these systems.

For around $200 you can take your current AR and shoot 22’s through it without any modifications to the gun.  Simply replace your standard AR bolt/carrier assembly and magazine with a .22 conversion bolt and mag.  Now you have a fun shooter that will allow you to mimic competition or defense scenarios without the cost of shooting 5.56 all the time.  This is the simplest and most economical solution on the market.  It affords instant gratification.  No waiting periods or background check necessary because it is not a new gun.  You can order one online and have it sent to your door.

These conversion kits are a great addition to any shooters collection.  Not only are they a great way to save money, but they can keep you shooting even when an indoor range might not allow rifle caliber ammo to be fired.  If you live near the indoor range it is practical to get some trigger time on your gun without having to drive out to the outdoor range.  This is also an advantage for those of you who are expecting harsh winter climates.  It’s a lot easier to keep shooting indoors than outdoors when snow is blowing across the range. 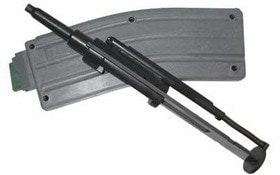 The conversion kit also allows you to introduce newer and younger shooters to serious rifle shooting without having to worry about recoil.  If you take away the recoil it is much easier to focus on the fundamentals of shooting and become familiar with the design of a full-blooded AR.  Learning trigger squeeze and sight alignment will be faster for newer shooters using a conversion kit. 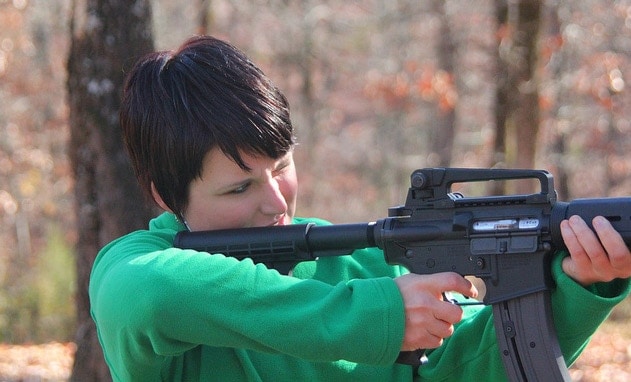 A final application is for Law Enforcement firearms instructors.  With budgets being slashed, ammo is often swept out the door to save money.  This means less trigger time for officers to practice on the range.  A department could buy three or four kits and keep their officers shooting without the added ammo cost.  The kits would pay for themselves in a short time depending on the department size.

If this sounds too good to be true, that’s because it is.  While the conversion kits bring a lot to the table, they do lack a few things.  As is the case with most .22 conversion kits, whether for pistol or rifle, the bolt does not lock back on the last shot.  A minor irritation to be sure, but it doesn’t allow the shooter to practice a speed reload using the bolt catch.

The other minor irritation with the kits is that some of them are ammo selective.  What I mean is that you might not be able to fire the cheapest ammo you find at the gun show with reliability.  Now, before you get scared, remember that if you have to buy a little bit more pricey ammo you will still be ahead of the game.  Take the time to work through some different brands of ammo to find one that works well with your kit. 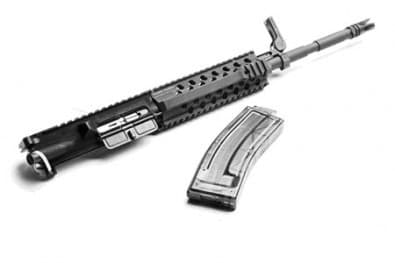 A final note on conversion kits for benchrest shooters: I have a friend in the business who services benchrest shooters who use the AR platform.  If you have had an AR built to precise specs, please don’t go shooting a cheap conversion through your brand new Douglas or Krieger barrel.  Your builder may not be happy.  It would be wise to contact him for a quote on a dedicated upper that will replicate what you are doing with your match rifle.

If the thought of the conversion kits has you interested, a dedicated AR platform in .22 might be just the ticket.  Colt, Smith & Wesson and Sig Sauer have all started offering AR look-a-likes.  They are very similar in size, but the lower and upper are often made of a polymer type material, meaning you can’t strip off the upper and replace it with a regular upper. Cost will vary, but you can expect to spend $400-$500. 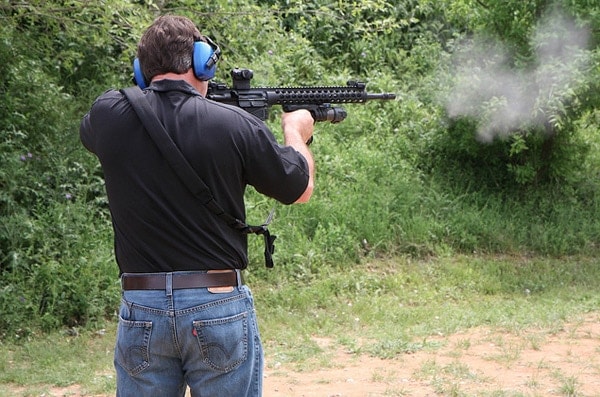 A few weeks ago at a class I was teaching one of our instructors brought out his Sig Sauer 522 for some plinking.  It was a fun rifle that functioned great.  Everyone enjoyed it.  It was very lightweight and we didn’t experience any malfunctions with it.  All of the shooters liked how the rifle had controls exactly like the AR we were shooting, and as an added bonus the bolt locks to the rear on an empty magazine giving it a realistic feel. 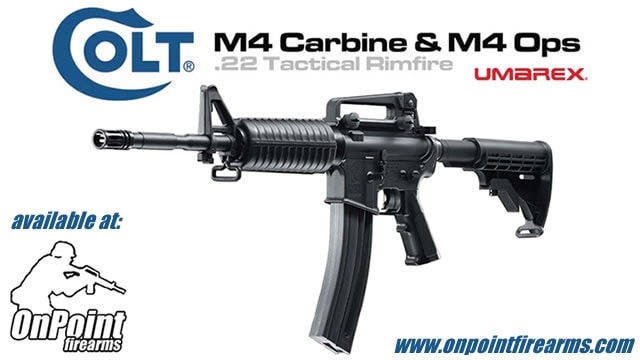 I have seen the Colt, Smith & Wesson and Sig AR-22s first hand.  They all look good and seem like they are well made.  For the shooter who feels like they would rather have another rifle instead of the conversion kit only, these are definitely the way to go. Like the conversion kits, these rifles can be ammo sensitive, but the Sig we fired in class ate up all types.

Whatever you decide, it is a great time with the technology we have to start shooting some 22s.  The cost benefit alone is attractive, but practicing the fundamentals is great as well.  You will get hours of good practice for a fraction of the cost.