These Cowboy matches are entertaining to watch and you only have to see one to understand how much fun the fully decked-out gunslingers are having while displaying their considerable ‘shootist’s skills’.

The Cowboy Action Shoots were started in California in 1981 by a Western aficionado named Harper Creigh. Creigh organized the inaugural ‘THE END OF THE TRAIL’ championship with 62 competitors. 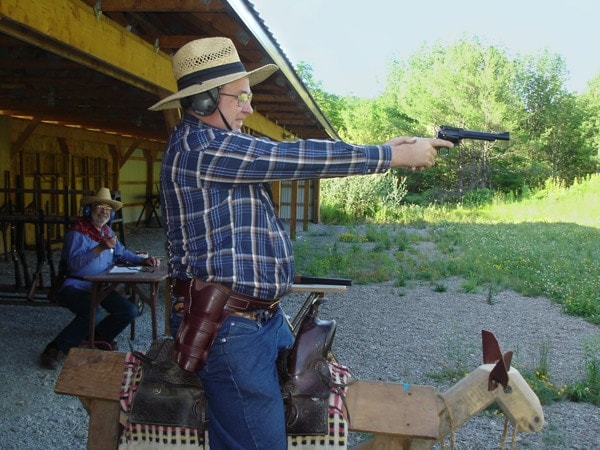 Since it originated in California, you would have some expectation that it would be over the top and you will not be disappointed.  To compete at any level you need a full cowboy outfit/rig/attire/boots/hat & feather band/gunbelt/buckle as well as an ‘alias’, that doesn’t sound like your own name—I wonder if Bad Bob the Albino has been taken?

One of the tenets of SASS approved Cowboy Action Shooting is the requirement placed on attire.  The level of authenticity in costuming is equal to that of the Official Civil War re-enactors portrayal of battles in a National Park on July 4th.

This is where it gets a little too Hollywood for me as all participants are required to adopt a shooting alias that replicates a 19th  or early 20th century western movie star, cowboy hero or appropriate character from fiction—gun totting dentists and the like. You then are required to adopt that persona and stay in character supposedly for life (or at least during your shooting hours). 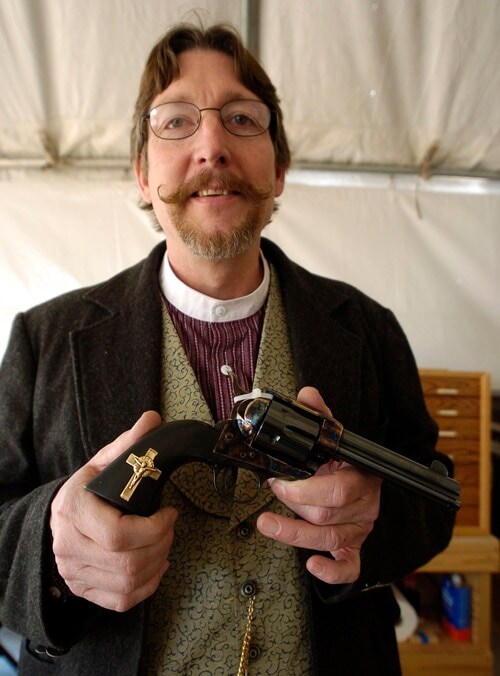 Competitors take this and all aspects of their sport very seriously and sometimes tie it into their profession which can be disconcerting. Authenticity in detail has become a competition, in and of itself.

The weapons must be original period pieces or authentic replicas. Minimum armament you need is two revolvers, a shotgun, usually sawed off without automatic ejectors and a centre fire rifle; Mandated ammunition to meet the specifications used before 1899 and available from suppliers. 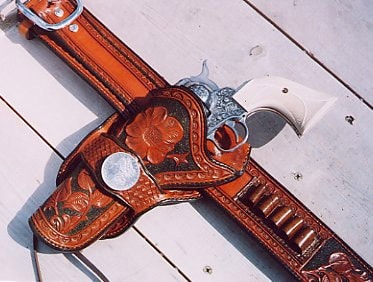 I wonder how long you will take before you start to look at quality replica firearms available from highly regarded makers Colt, Ruger and U.S. Fire Arms Manufacturing.

Some of the Cowboy Action matches provide side events to let you try out your collection with buffalo rifles, sharps rifles as well as derringers. And don’t misunderstand my good natured ribbing: it takes consummate (sometimes unfathomable) skill to compete at the top levels of this type of competition and this section of shooting sports is now sanctioned by the SASS (Single Action Shooting Society), WASA Western Action Shootist Association and the NCOWS, (National Congress of Old West Shooters) and a host of others in many countries as it mushrooms in popularity.  This is a serious shooting competition. 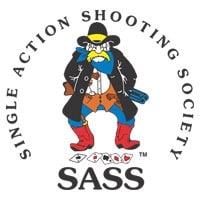 It is a game against the clock down to the 100th of a second with a number of ‘stages’ that presents a different shooting situation at each individual stage of the match.   A stage could show targets for either 10 revolver rounds from two single action pistols often 8 to 10 centre fire rifle rounds or 4 to 8 shotgun targets, sometimes clays. The courses change after every shoot.  The time is from your first shot until your last.

The targets are laid out by a course designer who possesses imagination and a shooter’s insight. The target array ranges from flat steel outlines and according to ammunition can produce a very loud clang to a thin plink.

Various stages require mobility and feature reactive targets with clay birds and knock down plates. The course designers are imaginative and very competitive themselves as they like to layout a challenge for shooters.

Any missed target adds 5 seconds to your time. 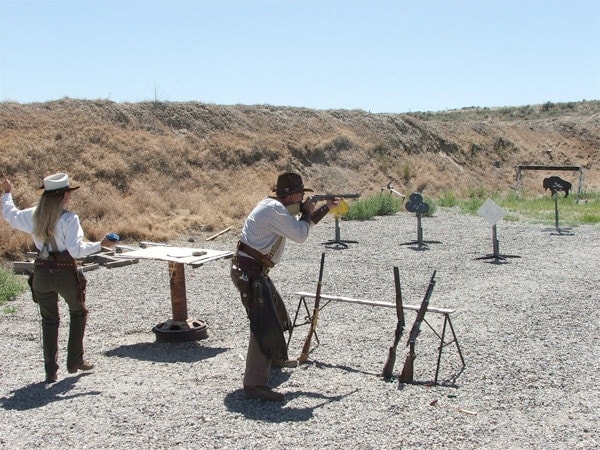 The END of TRAIL The World Championship of Cowboy Action Shooting will attract more than 1200 competitors worldwide with the 30th Annual that is underway in Los Vegas now until June 26, 2011.