Pepperbox Guns: The Big and The Small

Most people who know anything about the pepperbox revolver think of a small, multi-barreled derringer-like weapon possibly used by a riverboat gambler concealed in his boot, to be pulled and fired point blank, an in-your face type weapon.

But it was more than a concealed gun. It was one of the first repeaters. 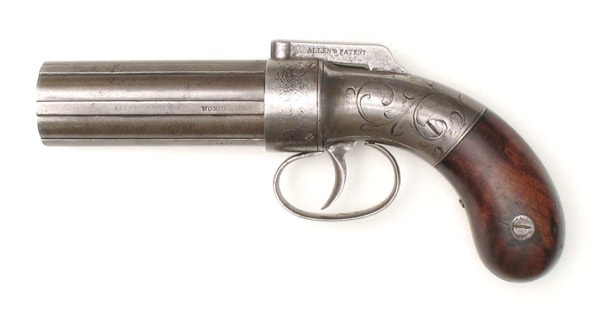 “The pepperbox was a percussion gun that could get off six shots and so it was radical for its day,” explained Terry Musacchia, general manager of Collectors Firearms in Houston, Texas. “This was a repeating weapon in a day when everybody else had a single-shot pistol. Each chamber had its own percussion cap and ball.”

Named because of its resemblance to a household pepper grinder, the first pepperbox pistols were produced around 1790, and were fired by rotating the barrel by hand. The gun enjoyed its heyday from about 1830 until the Civil War and later versions featured a mechanism that automatically rotated the barrel as the hammer was cocked for each shot. One of the most common versions was produced by the gun makers Allen & Thurber. 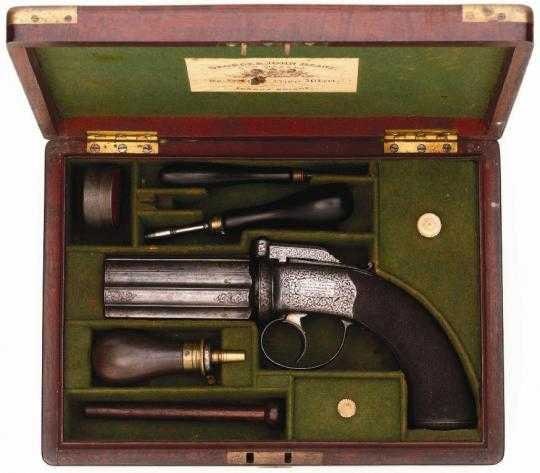 The pepperbox filled the need for a small, easily-concealable weapon, and riverboat gamblers did use them for a quick response at a card table, but they were also popular among women who wanted some protection. Its ability to hide was a big selling point, and when the weapon was first produced it was not originally referred to as a pepperbox, but as a “pocket gun.”

The gun was at the height of its popularity during the California Gold Rush of 1850. The early guns were smoothbores and so their accuracy at over 50 yards was not good. They were also front-heavy because of the multiple barrels and difficult to aim. They were not favored by cowboys on the range who needed a long-distance weapon, but its rate of fire up close gave the pepperbox an edge. 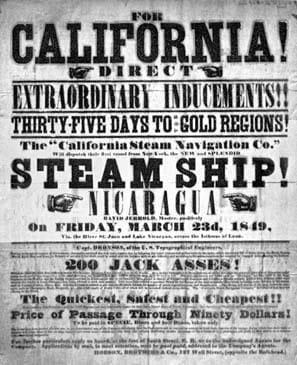 “It was more reliable than a revolver of the day because the whole barrel revolved, unlike just a cylinder revolving, which in early guns could accidentally set off a second chamber,” Musacchia explained. “In that way it fired kind of like a tiny Gatling Gun.” 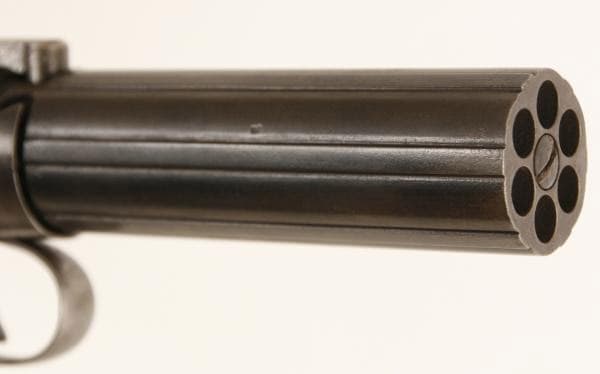 Not all pepperboxes were small weapons. Larger sizes about the length and weight of a regular pistol were also available. One manufactured by Allen & Thurber fired a .36 caliber ball, while another, called a dragoon pepperbox, fired up to a .44 caliber ball. 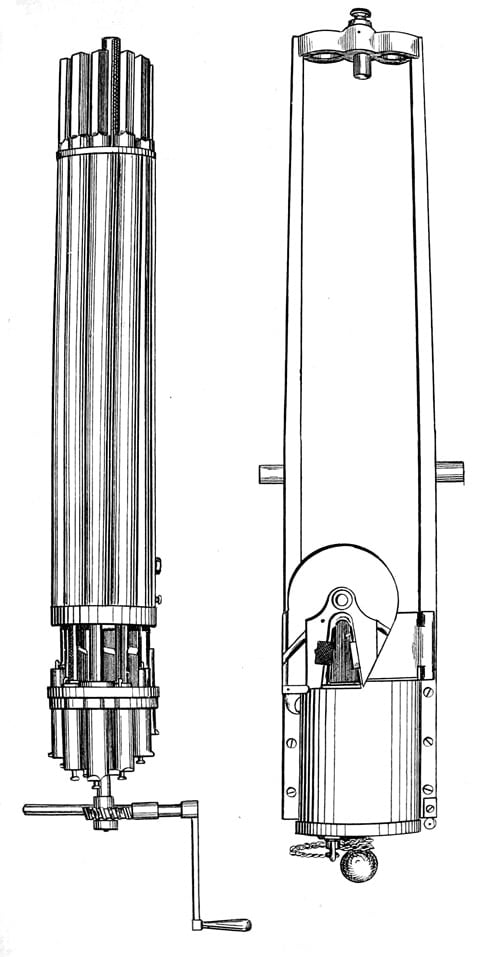 “Most of the guns were small weapons from .31 to .36 caliber,” Musacchia said. “They were very popular for 50 years and they were only made obsolete by the introduction of the Colt 1873, the Peacemaker, a cartridge gun. All percussion pistols suddenly became obsolete.”

The pepperbox, like the Walker Colt, was an early attempt to make a repeating handgun and so it has been labeled a “transitional” weapon.

Good news for collectors is that hundreds of pepperboxes were produced over the years making them plentiful for purchase.

“They usually sell for about $750 on up with $1,000 being average,” Musacchia said. “The big ones are more expensive and sell for about $3,000. There are lots of different kinds on the market.”

Modern-day versions of the pepperbox are still being produced. One called a Winchester Liberator is a four-barreled shotgun used by U.S. police officers. 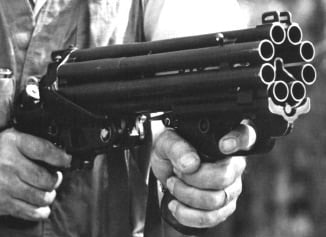 Collectors Firearms has 12,000 guns and a 16,000-foot showroom with some rare antique models, an early prototype bolt-action Mauser rifle inventor Peter Mauser presented to the German king Wilhelm I, two Walker Colts worth $150,000 each, and Paterson pistols.