Despite passing through the state House by a veto-proof margin of 74-42, North Carolina’s ‘restaurant carry’ bill never reached the Senate floor for a vote before the General Assembly called it quits for the year, leaving pro-gun advocates to speculate that the Senate’s inaction on the measure was deliberate.

GrassRoots North Carolina (GRNC), a volunteer organization devoted to educating the public and engaging in grassroots activism to preserve firearms rights, was vexed by the Senate’s apparent decision to leave HB 111 languishing with the Senate Finance Committee. 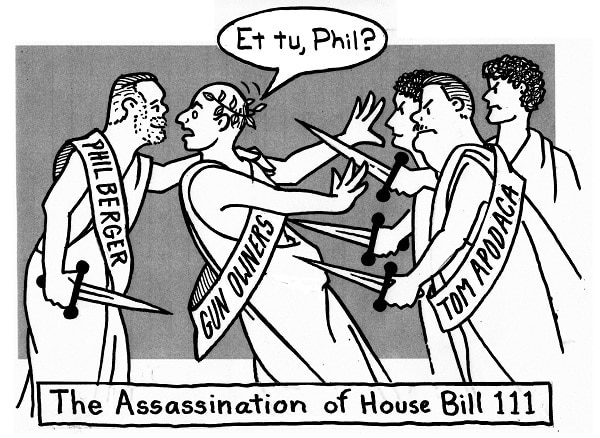 In a recent email alert to its members, entitled: ‘NC General Assembly adjournment today makes it official: HB 111′ is dead’, GRNC called out Senate leaders to explain “why they left gun owners out in the cold.”

According to GRNC, the main culprits were Senate Pro Tem Phil Berger (R-Rockingham) and Senate Rules Chair Tom Apodaca (R-Buncombe), who “shuffled HB 111 off to various unrelated Committees until the clock ran out.”

Back in June, the president of GRNC, F. Paul Valone sent a letter to Sen. Berger, urging him to get HB 111 to the floor for a vote.

“Do we have to wait until more die, Sen. Berger?” wrote Valone in the June letter. “Will your legacy be that Republicans turned their backs on slain restaurant workers due to fear of bad press? I urge you to pull HB 111 from the Finance Committee and send it to the floor for an immediate vote.”

Sen. Berger responded by saying that while he personally supported the bill, the senate was taking “a careful approach.” 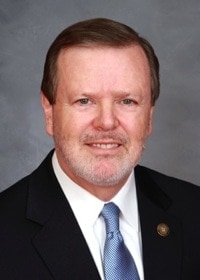 “Whether we will be able to finalize the bill during the short session or whether it’s a long session issue we’ll pick up,” Berger told the Associated Press. “The issue is not going to die.”

Well, Berger is certainly right about one thing, the issue is not going to die.  GRNC is now instructing gun owners to “Remember in November!”  To show up at the ballot box and send a loud and clear message to Senate leaders.

“Support those candidates who have proven they will stand up and fight for your rights, and remember those that have shown they will duck and cover when the first sign of resistance appears. Remember to vote, and vote carefully,” GRNC latest email reads.

In addition to allowing CCW holders to carry firearms into businesses that server alcohol – provided, of course, that the proprietors permit it – HB 111 would have clarified the law on local government authority to prohibit carrying concealed.  Currently, the laws are ambiguous and lack uniformity, leaving the door open for bans on concealed carry in public places, such as greenways, biking or walking paths, etc. (to read more on this, click here).

Had HB 111 passed, North Carolina would have become the 45th state to pass some type of ‘Restaurant Carry’ provision.  Hopefully, next year, next legislative session, NC lawmakers – whether intentionally or unintentionally – stop dragging their feet on this important issue.