Want to be a great shooter? Whether you’re in tactical competition or real-world confrontation, developing skill sets found on this list of shooting skills will enhance your performance on the range and under fire.

To shoot or not to shoot, that is the question.  Deciding to shoot is the crux of the matter, really, and every shot must occur because of your informed decision to shoot.

Watch the hands for weapons that can kill, know the law, and act fast very fast. Mental reflexes are the foundation here.  Are you justified? Is it time to perform? Using shoot/no-shoot target training along with a variety of realistic scenario-based training can help hone this skill. What if-gaming and having a pre-determined tactical mindset will help too. 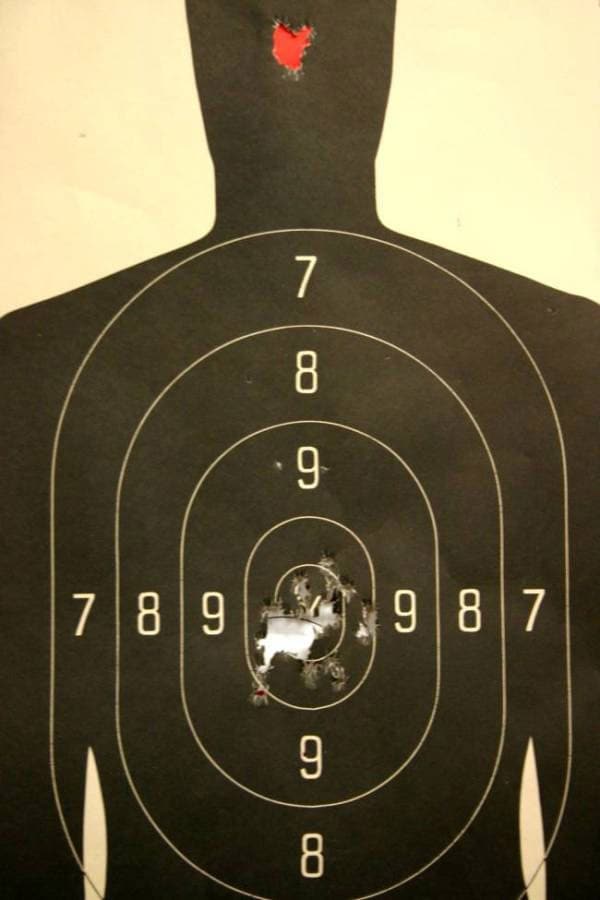 You see the threat, you’ve made the decision to aim center mass, now it’s time to get the sights lined up and on target and whether you’re holding a long gun or a concealed handgun, getting sights on target quickly is paramount to your success in a gunfight. Your vision needs to go from the target/threat to the sights in this scenario and this vision transition is absolutely essential and often overlooked. Using a natural point of aim and your pointer (index) finger to aim, helps with a quick target acquisition or TA.

Avoid convulsing the hand, rushing the shot, slapping the trigger or anticipating the recoil. Practice with double action only (DAO) and double action/single action (DA/SA) triggers and realize no two triggers are alike.

Where there’s one threat, there’s often two making target transition clutch. Don’t get tunnel vision. Stop the immediate threat but then scan and transition to the next threat. Remember to scan with your eyes first: eyes, muzzle, target.  On occasion practice shooting three targets all at the 7 yard line. Shoot each of them once then follow up with more. Practice 180-degree shooting, as well as with targets at 5, 7 and 25 yards, all less than 30-degrees angle.

A flash sight picture is an imperfect or less than perfect sight picture.  When shooting up-close you don’t have to align your sights too precisely. Shooting a six-shot rhythm drill, for instance, will send multiple rounds towards the threat (or downrange) with a better than fair change of landing quality hits on the target. In this case, six very fast nearly bulls-eye perfect shots are better than one slow but perfectly accurate X ring shot.

“Slicing the pie” or “pie-ing” is slowly moving from behind either cover or concealment while maintaining your eyes in line with your muzzle. Pie-ing is different than a quick peek. In order to keep the tactical advantage, you cannot give away your position or telegraph your movements.

Keep your elbows tucked in and don’t stick your muzzle, knee, head or foot out around the corner. Face the wall and bend at the hip. Learn to do it well on the non-dominant side without switching hands. Mastering this skill will give you a huge tactical advantage.

Ideally, your guns should be outfitted with lights and rail mounts to accommodate them. Since you’re not the one initiating the gunfight, but are instead a reactive opponent of someone else’s violent stupidity, shoot-outs never happen when it’s to your advantage and there’s a good chance an attack will be in the dark or in low-light.

Practice with a weapon mounted light, but also practice with a handheld light. Reloads, malfunctions, pie-ing, and opening doors are all vastly different when holding a light.

Assertiveness and aggression can help you win and survive. Hold the beast in the cage; don’t attempt to spur or promote fighting; try everything you can in order to avoid fighting; but in the end, you’ve got to be aggressive.  An aggressive stance and an aggressive attitude will help you maintain positive physical control of your weapon and quite frankly the situation. You will have greater balance, speed and a platform for mobility, in addition to the right mental attitude.

9.  Shooting On the Move 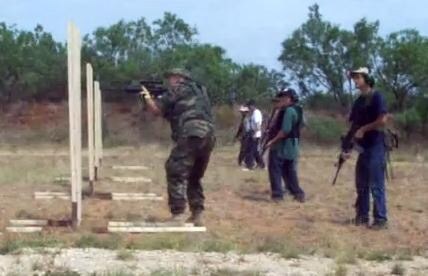 Standing still in a gunfight is plain stupid. It’s difficult to hit moving targets—so be a moving target. If you need to shoot on the move, it’s better to learn how to do it well on the range, under minimal amounts of stress. Start with baby steps. Shooting on the move is a good tool to add to your toolbox as a “just in case” skill.

Just as you should be moving if someone’s taking aim at you, the threats may be moving too. Learn the difference between tracking and ambushing. Depending upon the distance to the target, you may not have to lead the threat/target at all. In fact, if you can’t tell it’s a plausible threat because the distance is too great, you’d better not shoot. That said, shooting paper targets on a static range will almost never simulate shooting real, mobile threats on a dynamic range.