American soldiers overseas have encountered a number of exotic weapons over the years. One of these was the peculiar case of the Japanese Army’ Type 89 ‘Knee Mortar’, a weapon that, despite what its name suggests, didn’t have anything to do with knees, and wasn’t really a mortar. 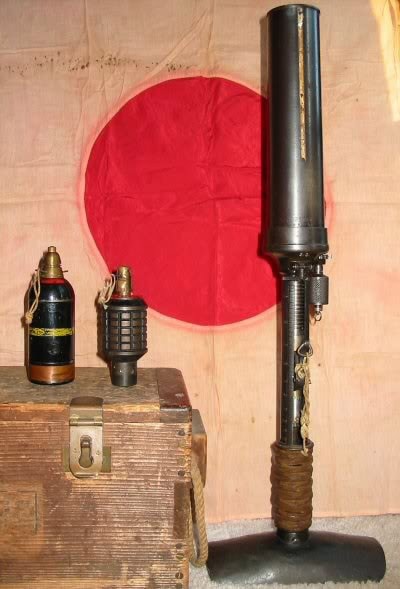 Two of the lessons learned worldwide from the First World War were that small machine gun nests were worth their weight in gold and that grenades were worth their weight in silver. With enough of the first, you could stop an army in its tracks. With enough of the second, you could eliminate the first. The only problem is, even the worst machine gun had a better range than the best grenade. Mortars and artillery pieces could kill a pillbox but they were heavy and often far to the rear, limiting their effectiveness.

In the scope of early 20th century warfare, the military of the Empire of Japan in many cases punched above their weight class. By enthusiastically adopting the latest technology, tactics, and equipment from around the world, the Japanese built a remarkable military machine that would set the stage for the Pacific theater of the Second World War.

A British ally in World War I, Japan sent military observers to the western front. There they learned the two lessons above and the problems realized demanded a grenade-type weapon small enough to accompany the infantry on the assault down to squad level. This gun would also have to be able to reach out and touch a machine gun nest at ranges impossible for hand-held grenades. Japan’s answer to the problem was the Type 89.

Design of the Type 89

Using the similar Type 10 mortar as a starting point, Japanese engineers created a portable bloop gun that fired grenades. The weapon was designated the Type 89 in 1929. It was smaller than regular artillery pieces and was closer in size to a rifle. At 24-inches overall with a 9.5- inch rifled barrel, the device weighed just over 10-pounds. It fired from a trigger and, while normally designed to be shot at a 45-degree angle to the ground, could be aimed horizontally like a rifle and (if properly braced) direct fired.

The Type 89 could fire several different types of grenades but its most popular was the dedicated Type 89 projectile (catchy designation). These 30-ounce beauties are about the size of today’s individual soda bottles. They dropped freely down the muzzle of the weapon and when fired, a copper expansion band inside the round spread and tightly gripped the rifling. This made the round capable of being fired semi-accurately to ranges of over 2100-feet (650m).

The rounds are extremely low velocity to cut down on felt recoil and traveled at a 165 feet per second creep. Compare this to a high velocity rifle round that travels at some 2100-fps and you see just how slow these projectors are. In fact, at its maximum range it took the grenade more than 13-seconds to reach its target. This made it possible for Type 89 operators to shoot, pack up, and relocate before their round even hit the target. 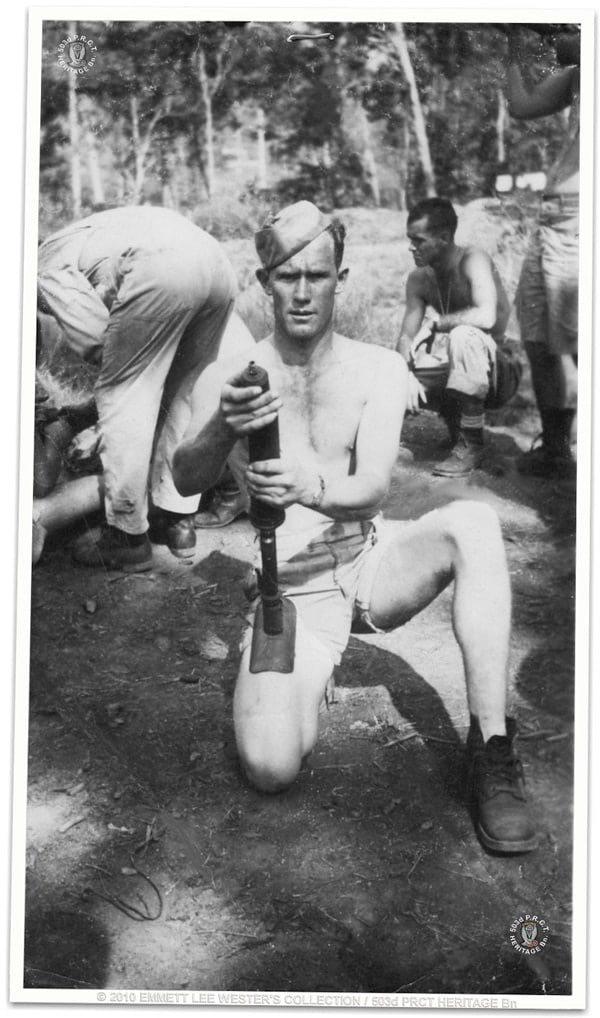 The Japanese referred to the Type 89 as the Hachikyū-shiki jū-tekidantō, or Year 89 Grenade Discharger. They were issued at the platoon level to a single soldier who carried the tube strapped along the leg. This led quickly to the weapon being referred to as the ‘leg mortar.’ When US troops captured these weapons, a bad translation of this moniker led to the term ‘knee mortar’ and it has stuck. The curved T-shaped base of the Type 89 seemed to reinforce this belief. However, when US troops tried to test fire recycled knee mortars from the knee, bad things happened.

And what about calling the gun a mortar? In reality, the Type 89 isn’t really one. While the dictionary definition of a mortar, “A portable, muzzle loading cannon used to fire shells at low velocities, short ranges, and high trajectory” is a match, the Type 89 is more like a grenade-firing rifle. Very few mortars have a rifled barrel, can fire directly, or fire by trigger such as the Type 89 can. In addition, the weapon has a shorter barrel in caliber length than most mortars. Its range is longer than most of today’s modern grenade launchers, setting it apart from that category as well.  Overall, the Type 89 is in a class by itself.

The Type 89 is highly collectible, especially to those with an interest in Japanese weapons and relics. The Nagoya Arsenal supervised the construction of some 120,000 of these weapons from 1929-1945 and they saw service all over the Pacific.

In consequence, US forces often encountered these weapons and many were brought back by returning GI’s after World War II. In Canada, since the arm is such low velocity, it isn’t considered a weapon. In the US, the ATF considers it a Destructive Device. Ammunition, when found, is inert (hopefully) and even then often sells for over $200 apiece. The Type 89 Knee Mortar itself, even in demilled condition, will typically bring $1000-1500. If you are lucky enough to find a working one that is  transferable under NFA as a Class III Firearm on a Form 4, they run closer to $4,000.