Beretta 93R: Another cool handgun you can’t own (VIDEO)

Since the handgun was invented, firearms visionaries have often muttered the motto of smaller, faster, and more effective. This has led over the centuries to handguns that are increasingly better made, hold more bullets, and can deliver said projectiles in a faster rate of fire in a smaller package. However, one of the evolutionary branches that have been stunted by regulation (at least in this country) is in the handheld machine pistol. Moreover, no article mentioning a machine pistol in the opening paragraph can neglect the Beretta 93R.

Why was it invented?

In 1970s Italy, there were lots of bad elements co-mingling on The Boot and they came with a laundry list of gripes. Communism was on the rise in the country and, with quiet financing from the Soviet KGB and others Communist regimes, 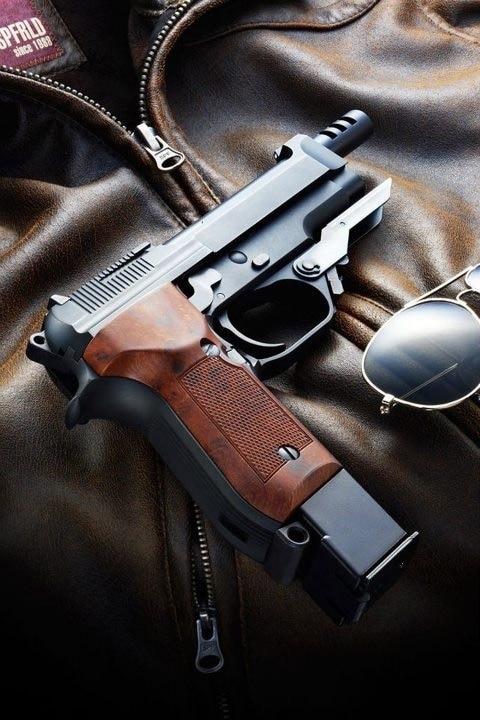 groups like NAP and the Red Brigades were making life miserable for Italians in a wave of terror attacks. The Red Brigades alone were thought to be responsible for 14,000 acts of violence in the first ten years of the group’s existence. These groups were so brazen that they even kidnapped a US NATO officer, Army Brig Gen Dozier; the incident was later used by Jeff Cooper to create the Dozier Drill. And whenever there was a slow week from the leftist terrorists, there was always the ever-present threat of the mafia.

To combat these groups the Italian police formed the Nucleo Operativo Centrale di Sicurezza (NOCS) in 1974 and the Gruppo di Intervento Speciale (GIS) in 1978. These two groups were specialized commandos who volunteered and were trained to conduct extremely high-risk counter-terrorist operations throughout the country. Faced with fast and brutal combat at close quarters, these operators needed a compact and brutally effective firearm that could help even the odds when pieing into a room full of bad guys.

For this, they turned to the Willy Wonka of Italian firearms, Beretta. The company’s answer was the Model 93R machine pistol.

From the outset, the 93R looks almost identical to the famous Beretta Model 92. This is because the gun was designed with the 92 as a starting point. The slide, barrel assembly, frame, grip, sights, and much of the internals are the same between the two guns and often even interchangeable. However, the big difference is in the trigger group. To put it mildly, in this area the only thing the two guns have in common is they came from the same factory.

The ‘R’ in the gun’s designation stands for the Italian word Raffica (pronounced RAHF-fee-cah), which means rapid fire. With a sear capable of full-auto fire, the 93R is a buzz saw that if allowed to run wild could exceed 1100-rounds per minute cyclic. To put that in perspective, that’s twice as fast as most belt-fed machineguns. While this would seem to be a good thing, in a gun that weighs 40-ounces and is 9.5-inches long, the recoil can get away from you quick. 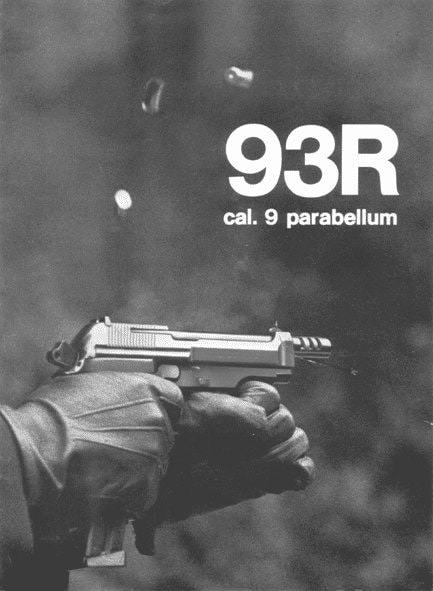 To mitigate this, the gun has a muzzle compensator that tries to push the barrel downward as it fires. A folding forward grip lever that resembles the insert to a pair of vice-grip style pliers, hangs off the front of the frame to provide a handle for the support hand to hold the gun down. The trigger guard was expanded to allow the user to grip the gun with thick leather gloves to further cut down felt recoil. This He-Man trigger guard also allowed the thumb of the support hand to loop into the front of the guard, giving the pistol what has to be one of the most unique firing stances ever.

In addition to the forward grip, a detachable folding buttstock was designed and offered. Finally, to prohibit the 20-round extended magazine being drained in just 1.11-seconds, the sear is set to provide either single shots or a three-round burst rather than full auto fire. The gun fires a burst so fast that it sounds like a single shot and typically, all three spent casings are captured in the same high-speed photograph within an inch or two of each other. 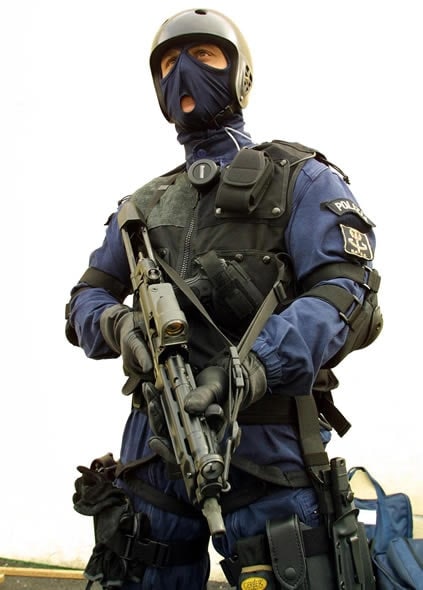 After R&D, the M93R went into low rate production in 1977 and was immediately shipped to the NOCS and GIS teams. The gun’s use by those groups is shrouded by the “classified operations” designation but it is known that in the past 30 years these two units have been involved in over 5000 missions. They cross train regularly with CT groups around the world including the SAS, German GSG, FBI HRT, and the US Army SF who through this training have encountered 93Rs first hand. With that being said, it is known that the gun has been sold outside Italy to end users that no doubt remain undisclosed.

The Hughes Amendment, which is the 1986 legislation that deemed mere civilians unworthy of owning newly made select-fire guns, effectively shut the door in the 93R’s face. Even though the gun was in production pre-Hughes it is believed that there are very few transferable Beretta 93R machine pistols in the U.S. They were imported in small numbers for military and LE sales since 1986, which means that Class III dealers often bring these sample guns out to play at full auto shoots.

Other than that, a video game is about as close as you can get, unless you speak Italian and wear a balaclava to work.