The Ruger Police Carbine: A superior design that wasn't necessary?

Over the past half-century Ruger has become a household name.

While most are familiar with their P-series pistols, Blackhawk revolvers and their M77 series rifles, few remember their handy Police Carbine.

Design of the Ruger PC

Taking a page from their best-selling 10/22 rimfire rifles, Ruger engineers came up with a similarly sized carbine in a centerfire pistol caliber.

The carbine used a simple and traditional blow back action with a massive bolt to retard the recoil. With an overall length of just under 35 inches and a weight of 6-pounds, the PC was ideal for being stored in a passenger seat gun rack, or trunk.

The longer sight radius, coupled with the increase in cartridge velocity gained from a 16-inch barrel, meant that the carbine was capable of taking 100-yard shots with standard pistol caliber ammunition. Ghost ring rear sights and a built in base for optics gave the PC a quick and easy sight picture. A thick and durable polymer stock was used exclusively on the PC and advertised as being ‘cop-proof.’ 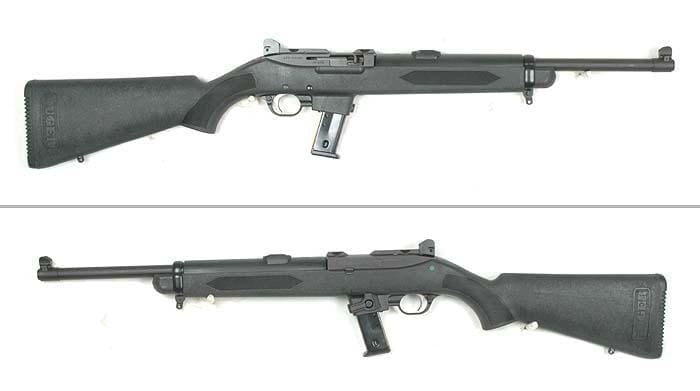 Pistol caliber carbines such as the Spanish Destroyer and the Marlin Camp Carbine have long been favorites with those looking to utilize both the same ammunition and magazines as their handgun.

The Ruger PC followed in these footsteps by using the same double-stack magazines as their popular P-series pistols. The 9mm version, dubbed the PC9, used the same 15-round magazines as the P85/89 pistol. The .40 S&W version, known as the PC4 used the 11-shot magazine from the P91 pistol.

Two .45 ACP prototypes were built but that version was never placed into production. 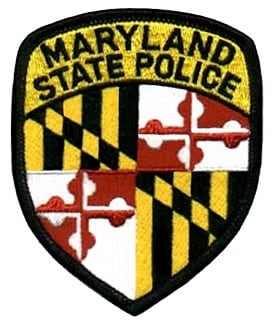 Ruger began production of their PC9/PC4 carbines in 1996. A few departments, such as the Maryland State Police, adopted both P-series pistols and their matching PC expressly for the benefit of common magazines and ammunition. However, the MSP contract turned out to be the exception rather than the rule and the PC, built strong enough for a SWAT team to use as an entry gun, proved over engineered for the civilian market.

Inexpensive pistol caliber carbines such as the Hi-Point 995 and the Kel-Tec SUB2000 spelled the doom of the Ruger PC’s civilian sales.

Its target market, law enforcement agencies desiring a light and handy rifle for emergencies where a handgun was outclassed,  increasingly turned to M4 style rifles in 5.56mm.

The M4, besides having the capability to penetrate soft body armor and take shots out to 300 yards, is also often available free through military donation channels. In addition, Ruger intended the PC as a companion piece to supplement the P-series pistols, which sold poorly in the law enforcement community. 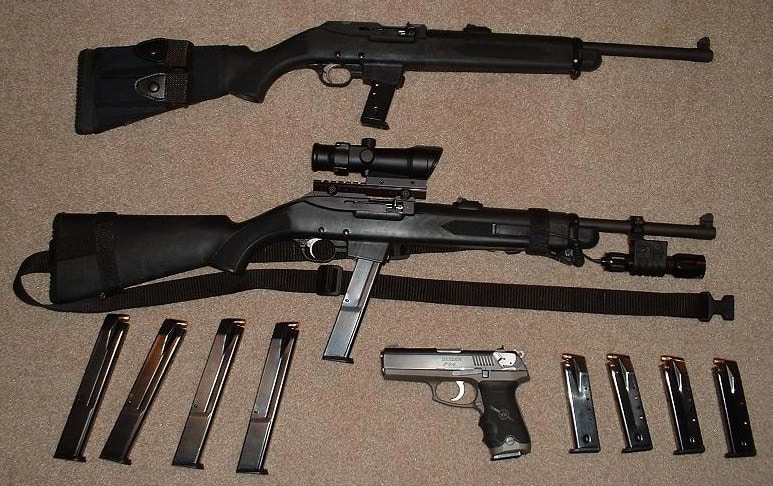 While never a huge hit with law enforcement, those Ruger carbines that are available on the market, whether they are old stock or used, are well loved with private users, especially for owners of P-series pistols.

With 9mm being one of the most affordable rounds of all time, and even .40 prices not being far behind, these carbines are nice plinkers. The same features that made it a good offering to law enforcement: Lightweight, short barrel, and rapid aimed fire, make the firearm perfect for home defense. Its over-engineering and rugged stock makes it popular with outdoorsmen looking for a survival arm.  Typical price ranges on these run between $500 to $600.

While never a success in its target market, the Ruger Police Carbine is a gem if you can find one.