The Grendel Pistols: The forgotten polymers (and the birth of Kel-tec)

Anyone versed in guns is quick to point out that if you want a lightweight compact pistol, odds are you want something with a lot of polymer in its construction. Today when we say small polymer pistol, most people think Kahr, Kel-Tec, Ruger and maybe even Glock with their new Model 30s.

Few however remember the humble, yet innovative Grendel pistols—guns that contributed greatly to what we now accept as commonplace in the compact polymer pistol world. 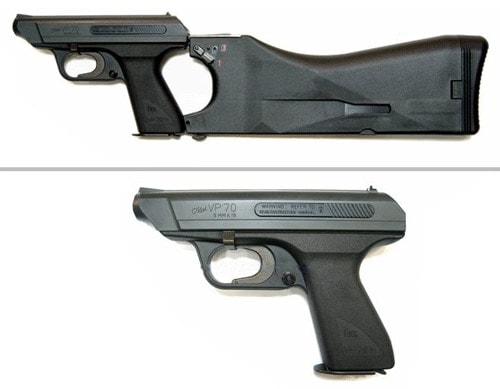 As early as 1968, Heckler & Koch produced a polymer-framed pistol, the VP70. Gaston Glock’s more successful but no less revolutionary G17 series pistols of the 1980s followed but in between, designers still looked towards a plastic future. High-impact plastics allowed for a significant weight savings over all-steel handgun, a side benefit not often emphasized in advertisements, and the resulting so-called combat Tupperware was enticingly less expensive to manufacture than would be traditional firearms. It was on this virtue that George Kellgren looked to enter the gun market.

In South Florida during the late 1980s, an engineer, entrepreneur and future firearm visionary named George Kellgren was very interested in jumping into the polymer firearm frenzy. Born George Lars Kellgren in 1943 Boras, Sweden, he had worked as an engineer for Husqvarna before immigrating to the US in 1979. Taking a job at Interdynamic (later known as Intratec), he lent a hand in several of their pistol and carbine designs during the 1980s. Looking for bigger and better things, Kellgren split away and formed his own company, Grendel Firearms, in 1987.

In 1988, Kellgren introduced the first of his new polymer designs, the P10. The pistol was just about as basic of a .380 design as one could imagine. It was DAO with no levers, used 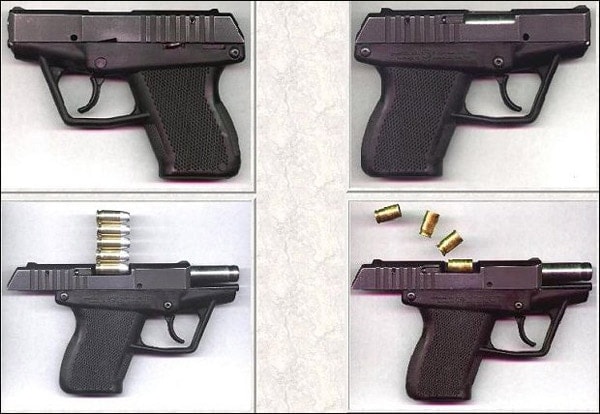 very basic sights and had a curiously enlarged trigger guard. It was however light, at 14-ounces, and small, at 5.4 inches overall, which is about the size of today’s Ruger LCP pistol—with nearly twice the magazine capacity.

Like the old Broomhandle Mauser, it had no detachable magazine. To load the P10 you simply locked the slide back and fed ten rounds through the open chamber into the spring-loaded grip itself. To speed things up, a standard M16 stripper clip could be used. It was unlike anything else on the market at the time and sold well. The primary defect of the pistol was in its complicated break down procedure, with several documented instances of owners disassembling their P10 without ever figuring out how to put it back together again. By 1991, it was replaced by the… 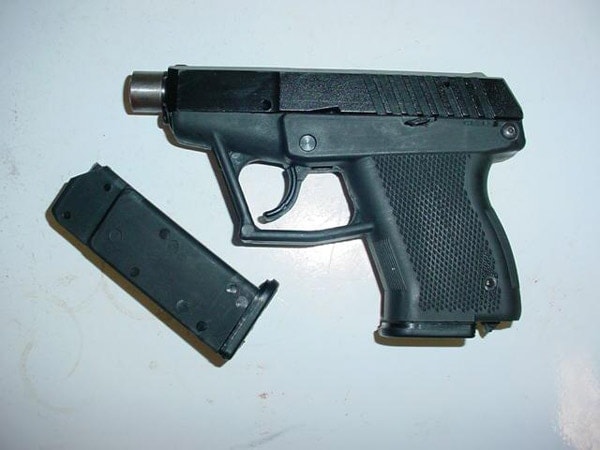 With American shooters lukewarm to the idea of a pistol without a detachable magazine, the P12 was introduced with one front and center. Still roughly the same size and profile of the earlier design, the P12 had a 9-round detachable box magazine. This would be Grendels last .380 with production ceasing in 1994.

To round out the series of pistols, Kellgren designed a single-action fluted barrel blowback pistol that used a box magazine 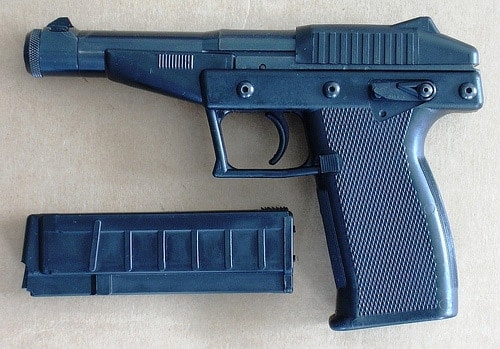 holding 30-rounds of .22 WMR inside the grip. With the use of polymers, the weight of this target pistol was kept down to 26 ounces when loaded with an impressive array of 30-rounds of rimfire magnums. The  5″ barrel model gave an overall length of 8.5″ and the sight radius to be relatively accurate. A carbine version, the P30M with a built-in muzzle break, and others were also made available. Introduced 1990, it was innovative but had only niche sales and ceased production after five years.

While reinforced Zytel was widely used for grips, magazines, and furniture on Grendel 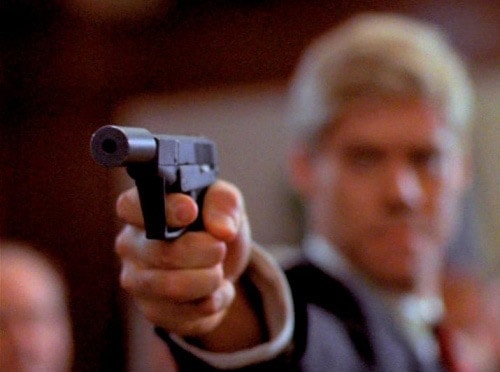 pistols, slides, barrels, slide rails, and other high-pressure parts were machined from LaSalle Stressproof steel. This left the Grendel company with a legacy of well-made little guns that are rather effective and durable. Most Grendels today go for a proverbial song with prices generally running $150-$200. Complete, working models are preferred as spare parts are rare. You can bet these unique pieces with a genuine curio appeal will appreciate in value over time so if you find a good working example it is a strong investment. 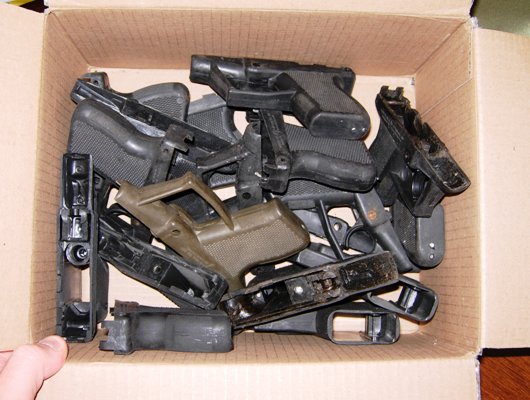 After production of the Grendel pistols ended, Kellgren closed shop on the company in 1994. Taking the lessons learned from the experience and his earlier works, he formed another firearms company, Kel-Tec, the next year—an American company that has since stood shoulder to shoulder with the world’s largest arms makers. Today the Grendel P10/12 is seen as the evolutionary grandfather of the popular and successful Kel-Tec P11. In 2009, Kel-Tec released the PMR-30, a 30-round 22WMR target pistol with a polymer frame that weighs about 26-ounces loaded.

Wonder where that idea came from?