We get it. Today you’ve got so many high-tech concealed carry pieces vying for your attention it can get tiring.

But let’s just take a break from all that for a moment and look at a few guns of a generation or three past, that, although dated, with the right loads and leather can still serve as viable personal protection guns (and have a long track record to prove it). 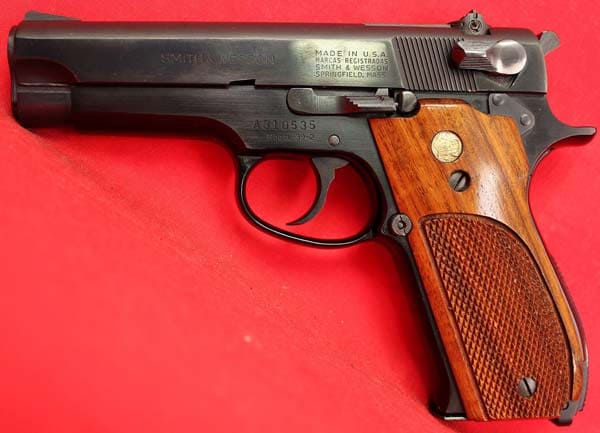 This was S&W’s first entry into the world of 9mm pistols.

A sporty, short-recoil double action semi-auto, it was designed with input from the successful Walther P-38 of WWII fame to compete in the 1949 US Army Pistol Trials. The Army decided to keep the nearly 40-year old M1911 deeming it still ‘good enough’ (they still do this today).

With no interest from Uncle Sam, S&W put the M39 on the civilian market and it sold well, becoming the first popular US-made 9mm pistol.  It was well received and used by several law enforcement departments as well as US Navy special warfare types in Vietnam. New York-based gun guru Paris Theodore used the ’39 as the foundation for his ASP platform, seen by many as one of the earliest EDC pieces ‘unseen in the best places.’

Today the design, while dated, is still functional. The M39 was not designed for JHPs (it was on the drawing board in the 1940s); nonetheless, it digests them rather well. As its a vintage gun steer away from lots of +P rounds and stick with standard pressure hollow points that have a rounded nose profile (as opposed to a straight-sided truncated cone profile), such as the Federal 115 grain 9BP and the 124 grain Gold Dot HP.

With a good load and a spare mag stashed somewhere your offhand can get to, the Smith and Wesson Model 39 is still a viable carry piece. 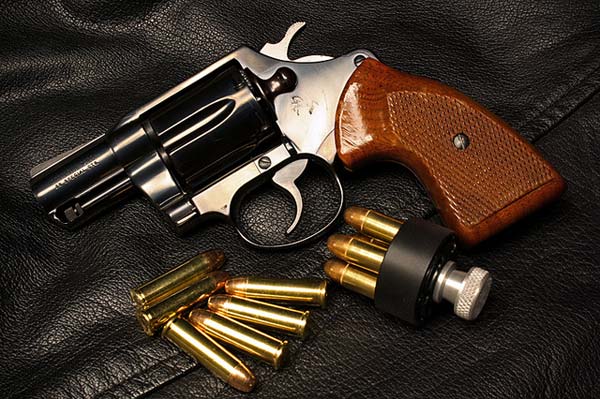 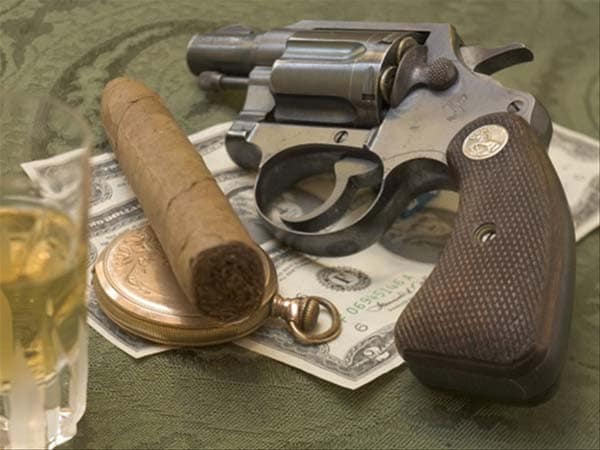 Even after all these years the Colt Detective has a certain swagger.

Going all the way back to the Prohibition-era, the Colt Dick Special was father of all of the modern double-action snub-nosed revolvers.

Taking their already popular six-shot Police Positive and chopping it down to a more manageable bulge when concealed under a suit jacket, it was the original “personal insurance” for detectives and those who needed a little extra backup on a rough occasion.

As such, Colt kept it around in one form or another for nearly 60- years, only finally closing the door on the line in 1995. Over the years they made special versions that were smaller (the 22LR Banker’s Special), cheaper (the Colt Agent), out of aluminum (Colt Aircrewman), and in matte finish with rubber grips (Colt Commando.) Smith followed example with their own 5-shot J-frame series, that has now inherited the snub nosed market by default.

Colt made these guns strong out of carbon steel and most (except for the Aircrewman) can handle a small quantity of today’s stout JHP loadings, but it’s generally best to stick to standard power rounds. Popular choices are the Gold Dot 125 grain and the Buffalo Bore 158-gr LSWCHP. To help tame the muzzle flip on this little snubby, you can go with a modern reduced recoil load like Hornady’s 90 gr FTX Critical Defense round. Drop a speedloader or speed strip in your pocket for a reload, and you are good to go. 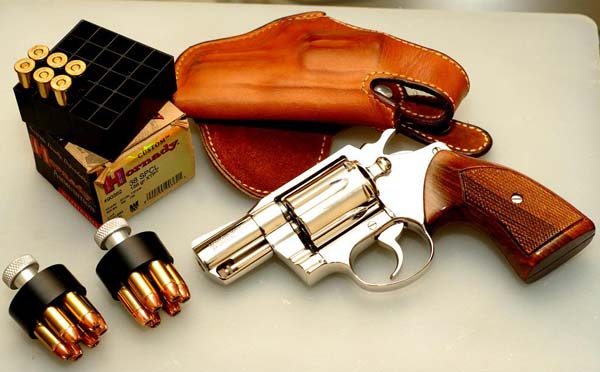 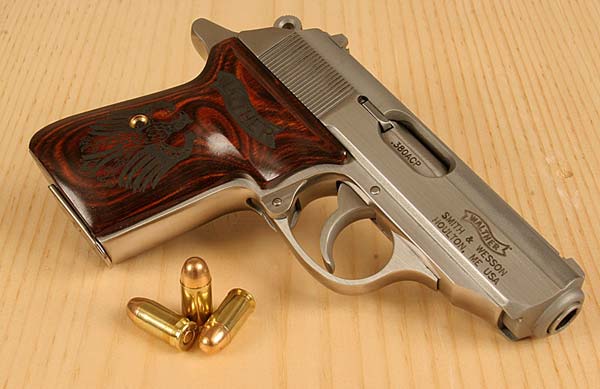 Back in the 1920s, Carl Walther Waffenfabrik started looking a reliable semi-auto that was concealable and packed enough punch to be effective at close distances. This gun was the Walther PPK/S.

He intended this gun to be for the police market, much like the Colt Detective Special of the same period, and so christened it the PP or police pistol.

Originally in .32 ACP (Europeans just love 7.65x17mm Browning SR!), it was later stretched for the .380 and proved popular in sales to the US after World War 2, first as an import, then later made under license by Ranger and S&W.  It is a gun with swagger that has clean, elegant lines and fits in an envelope with 6.1-inches overall and 21-ounces. Let’s face it, had there been no Walther, there would be no SIG P238 or Bersa Thunder today. 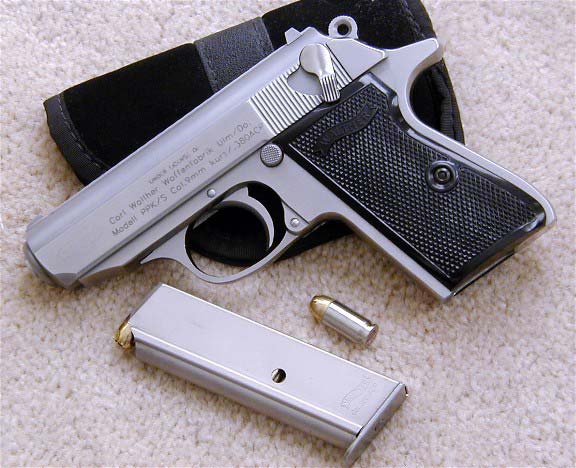 These guns are not perfect, as older models often hiccup with very profound JHPs while newer models can be defective, but thousands of guns that are neither abound. Modern .380 loads such as 88gr. Rem JHP, CorBon JHP and others prove solid performers in these sleek James Bond specials although some advocate carrying hot FMJ rounds for 12+ inches of penetration.

Either way, a reliable PPK loaded with modern rounds is big medicine.

Remember that US Army Pistol Trial in 1949 that gave birth to the Smith Model 39 we were just talking about? Well one of the other competitors in it was a chopped down Colt 1911. 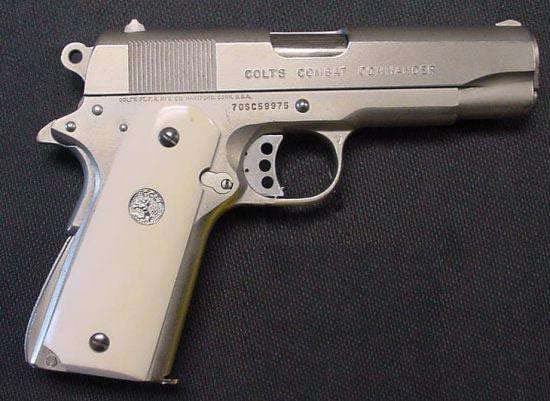 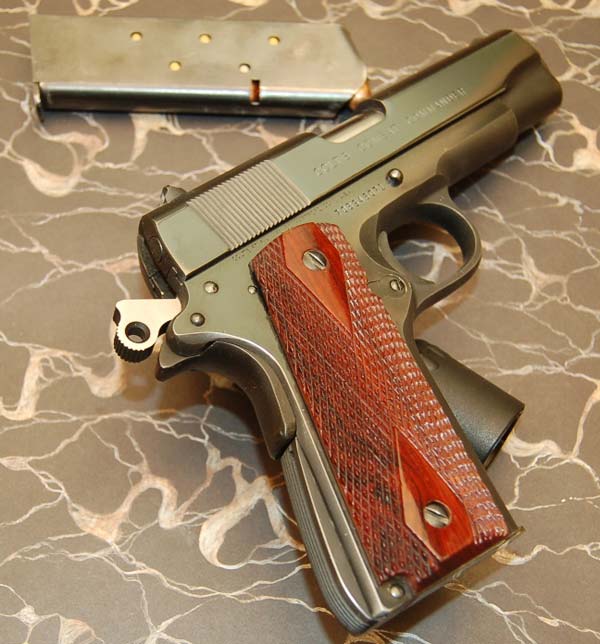 The specs for the pistol trial were a 9mm pistol that was under 7-inches long and 25-ounces unloaded. Colt took their tried and true John Browning 1911 design, sliced inches and ounces off it, chambered it in 9mm rather than .45ACP, and threw it into the ring.

When the Army pulled the plug on the trials, Colt thought it would recap some money that it already spent in R&D and in 1950 put the gun on the market—in both 9mm and 45ACP.

Dubbed the Colt Commander, it was still big, but smaller than a full-sized GI 1911. In the 1970s, custom gun makers chopped them down even further which led to the Detonics Combat Master and the 1980s Colt Officer’s Model.

This is a semi-large frame .45ACP combat pistol but is concealable with the right leather, especially on big meaty guys. Loaded with some Speer Gold Dot or a nice CorBon and you are good to go.  After all, such high-speed designs of today like the Kimber Super Carry, and the Para Ordnance Warthog are just an evolution of the basic Colt Commander concept. 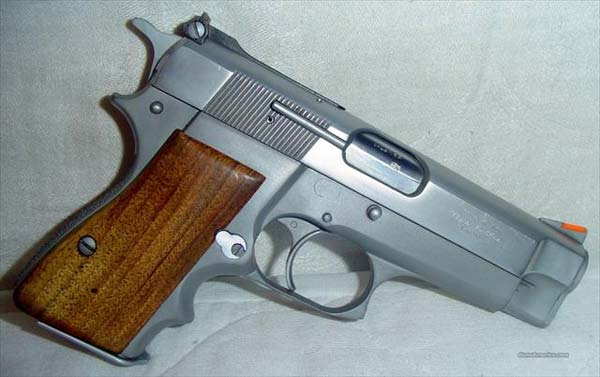 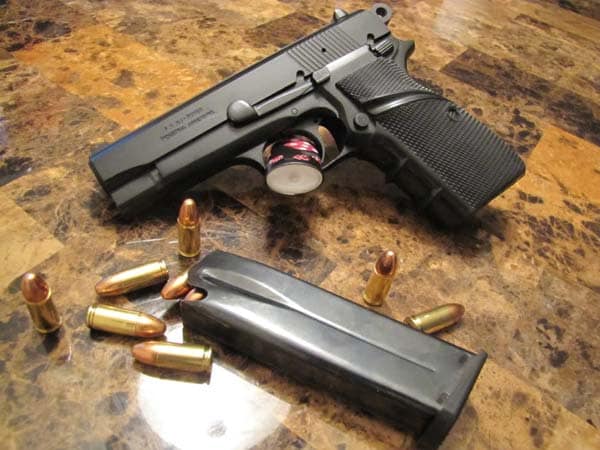 Considered one of the most popular military handguns of the 20th Century, the Browning Hi Power has a cult following in the US as far back as the 1950s, when custom pistol-smiths began cutting down the 35-ounce, 7.8-inch single action short recoil operated semi auto to make next level carry pieces.

One of the most enduring of these was Austin Behlert’s designs whose ‘chopped & channeled’ Hi-Powers endure.

While FN never caught up to the public and made their own versions of these popular custom guns, their Argentine based licensed Hi Power maker FM produced several ‘Detective’ models that are chopped models out of the box. The Hi-Power design brings a nice large magazine capacity (13+) to the table and seems to gobble up most hollow points on the market ranging from 115-grain Gold Dot to 147 Grain Ranger Ts. 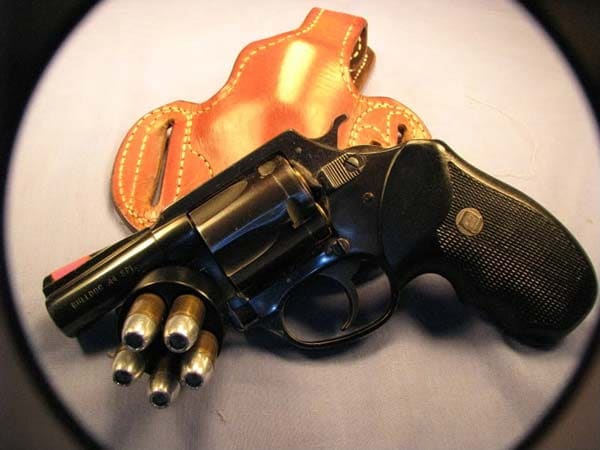 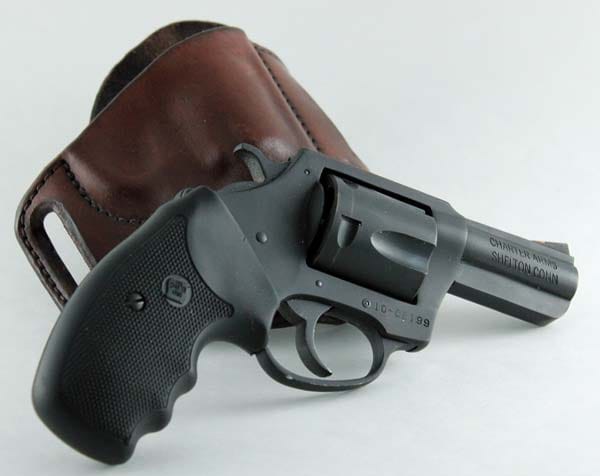 Seriously, we mention Charter Arms but not S&W snub noses?

Well see #2 for Smith snubbies because the Bulldog really was something altogether different. Firearms engineer Doug McClenahan came up with a solid, one-piece framed revolver with smooth edges and a short barrel in the early 1970s.

While this in itself was a step forward, he chambered his 5-shot in either .357 Magnum or .44 Special. Being able to carry five 200-grain semi-wadcutter hollow points in a 22-ounce pocket pistol that did not sprain your wrist when firing was a cool innovation in 1973 and the Bulldog sold like hotcakes.

In fact, nearly a half million of these ugly, inexpensive yet dependable revolvers came off the line over the next two decades.

Today these guns are out there on the cheap and, coupled with a nice Winchester 200 gr Silvertip or Cor-Bon 200 gr DPX, still have an impressive bark. 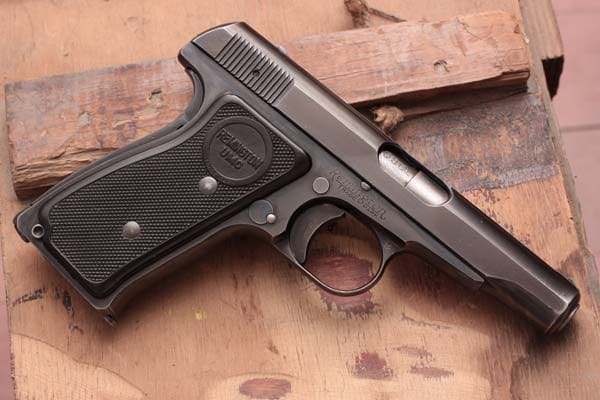 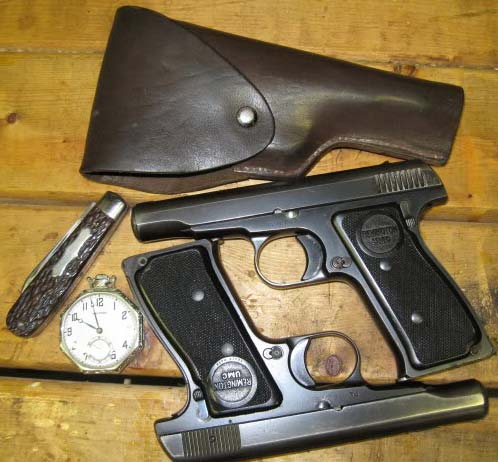 The Remington 51 was almost adopted by the US Army.

This forgotten Remy (yes, they make pistols sometimes) was an old-school favorite from back before WWII. No less of a firearms legend than General George S Patton, who could have and often did carry anything he wanted to, often toted a Remington 51. Its size, 21-ounces and 6.6-inches long while keeping a 3.25-inch barrel, makes it an obvious contender among even the most modern semi-autos today. When you keep in mind that it was designed in 1917 by Remington wonk John Pedersen, you can see that it was forward thinking. Unlike many .380s, which are blowback operated, and thus prone to muzzle flip, the hesitation locked Model 51 was both accurate and mild recoiling.

Today, even though they are rare, they would make a good EDC for the collector who still wanted to take it out on the road occasionally. Pedersen’s locking system is very strong and a stout .380 load should work as well for threats today as it did for Patton.

Overall, don’t discount old technology. It could very well save your life.