In a world of rifle calibers that ranges from .10 Eichelberger to .950JDJ, it’s a bit of an understatement to say there’s whole a lot of chamberings for shooters to chose from. While millions of rifles are made in popular choices such as .223, .30-.30, and .270, there are some equally fantastic rounds out there that are not as readily available because they just don’t get as much love from shooters as the rest. These hard-hitters have endured the test of time and are still around, albeit in limited numbers.

Why calibers are forgotten 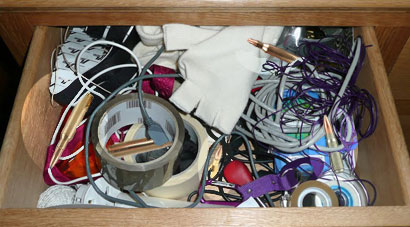 Some rounds get shoved in a drawer with the rest of your life.

No less of a firearms guru than Colonel Jeff Cooper said that he felt there were way too many cartridges. He felt that perhaps six calibers could cover the range from practice to small to medium to large game. The question has been since then, which calibers. Over the past 150-years of centerfire rifle cartridges, each large manufacturer introduced their own ‘new and improved’ round to give the shooter the cutting edge. This led to such oddball cartridges as the .225 Winchester (only offered on a few Model 70s from 1964-66), the .303 Savage (only used in a few early Model 99s) and the .32-20 Remington (used in the Model 25 pump rifle of the 1920s).

Over time, these rounds sometimes caught on and other manufacturers started making rifles in their competitor’s net new caliber, saving themselves the R&D of developing their own neat-o cartridge that did the same thing. If this didn’t happen, odds are the round would die out. 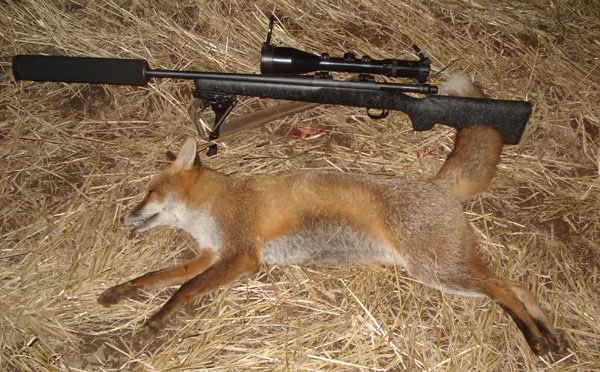 The .22-250 is hyper accurate and truly effective on predators (as this fox will testify).

It outperformed just about every .22 caliber round you could stack up against it, while using a smaller powder load than the big .30 caliber chamberings. The round proved a hit with wildcatters and it spread around the country the old-fashioned way for thirty years: through word of mouth. Browning chambered their off-the-shelf High Powered Rifle for it in the early 1960s, which was a first for a round that couldn’t be bought in a store. A couple years later Remington fixed that and, calling it the “Remington .22-250” put it on shelves throughout the country alongside Model 700 rifles that could take it.

Today the round is a favorite for prairie-dog snipers west of the Mississippi and often is pressed into use for other small to medium sized game. Speaking of snipers, some military and police units, such as the Australian SAS and Canadian RCMP, have used Model 700s in this caliber as urban sniper rifles, due to the round’s brutal capability and laser-like accuracy. Today several makers besides Remington, Savage (Model: 12 BTCSS) and Stevens (Model 200) are still keeping a light on for the .22-250.

Used for just over a hundred years by the military of the good old Kingdom of Sweden, the 6.5×55 was a sweet shooting round with less recoil than a 30.06, but almost as much knock down power at certain ranges. First used in this country in surplus Swede Mausers and Norwegian Krag rifles, the round was soon picked up by deer hunters and proved popular.

Used for 100 years by the Swedish military, the 6.55mm round is the bees knees with deer hunters in the know.

It can be found in zippy light loads down to 100-grain that clock out at 3100fps, all the way to 150-grain 2600fps loadings, which give it a wide range of capabilities. In Europe its still seen as one of the best chamberings around for everything from wolf to reindeer (hey, its Europe), and as such companies like Steyr, CZ, and Sauer are still making an assortment of new rifles to take this old round. These guns sometimes trickle into the states to join the surplus ones that have been sporterised.

That’s one Swedish meatball with a long life.

Commonly just called ‘the Bob’, this load used to be a darling of firearms makers and is still in steady, but limited service today. Designed by Ned Roberts back in the 1920s from a 7x57mm Mauser case, it was one of the only intermediate cartridges on the market for about thirty years.

A number of definitively classic rifles, including this Ruger No. 1 (top) and Remington 722 (bottom) are still out there in the under-appreciated 257 Roberts. 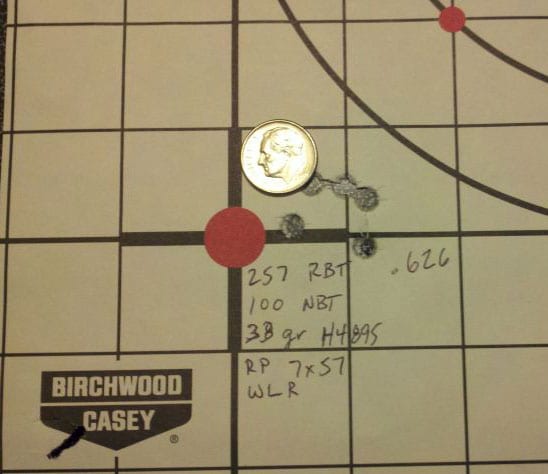 The “Bob” keeps up and excels some of the most popular rounds out there (that is if you give them a chance).

With a 75-115 grain bullet bringing the heat, it was mild-recoiling and flat shooting. After WWII when large quantities of 6.5mm Japanese Type 38 Arisaka rifles were brought in from a defeated Japan, many gunsmiths had a cottage industry converting them to fire the Bob. It was only after the .243 Winchester came out in the 1950s that the .257 started to slip in the market. Today it’s seen as your grandpa’s load, but that doesn’t stop it from being produced by a half dozen ammo makers while gun makers only stopped making new rifles in the past few years.

Sometimes called the most amazing varmint-hunting cartridge known to man, this round was created when firearms inventor Charles Newton started fooling around with the .30-06 in the 1900s. Back then the ‘aught-six was the new kid on the block and Newton, known for pushing the boundaries, took the long case, necked it down, and added a .25 caliber bullet to it. Called the .25 Newton, it didn’t catch on right away but did find a life in the handloader’s underground. After 50-years in the shadows, Remington picked it up as the .25-06 in 1969 and the rest in history.

With a decent 100-120 grain bullet and a trajectory as flat as a pancake, rifles chambered in this fifty-year-old ‘new’ caliber became fast hits with hunters in prairie states. Capable of being used on anything from a pesky coyote to an elk, but sill leaving your shoulder its natural color, this unsung round isn’t talked about much but also isn’t going anywhere any time soon. Ruger still makes three different models of the M77 in this caliber while Browning and Savage (Axis series) are keeping up the competition. 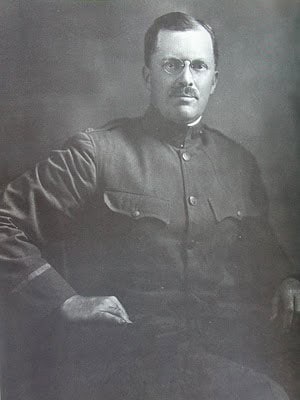 Colonel Townsend ‘Townie’ Whelen was the Jeff Cooper of the 1930s and 40s. An expert rifleman who could drill a 200-yard target six out of six times with a Springfield 1903 in ten seconds, his personal motto was “Only accurate rifles are interesting.” In his work with the CMP and frequent articles to American Rifleman, Field and Stream and others, he increased the public’s appreciation and love of high powered, long-range marksmanship. With a legend like this behind it, it’s not surprising that the round that holds his name is still around. Designed in 1922 from a .30-06 case, the Colonel stretched the neck out to fit a .358 caliber bullet.

This big game hitter produced some 3500-ft.lbs of energy with a 180-grain bullet downrange and was the first US-made true safari quality round. While 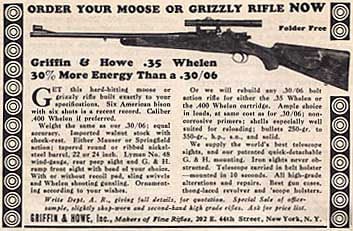 Whelen intended it for North American big game including grizzly and moose, it soon was taking the ‘Fatal Five’ in Africa from custom made rifles, typically with 1:12 inch twists. Remington, Ruger and others only began picking up the chambering for the mainstream in the 1980s; marketing the round as the ultimate brush gun in 1:16, inch twist barreled rifles. Today you can even pick up an H&R single shot Handi Rifle in this chambering for about $250, which would make the Colonel happy. No matter the twist, the Whelen will get the job done against anything on the planet if you give it a chance. 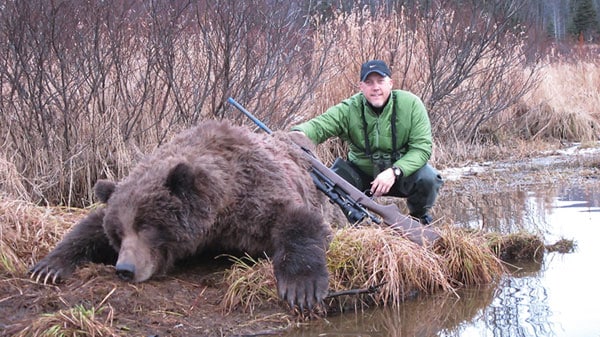 Scott Kane with an Alaskan brown bear taken with a .35 Whelen in 2010.

Let that be a lesson to those who would neglect these rounds at their peril. You never know what you are missing.