The Obrez: Russian sawn off rifles 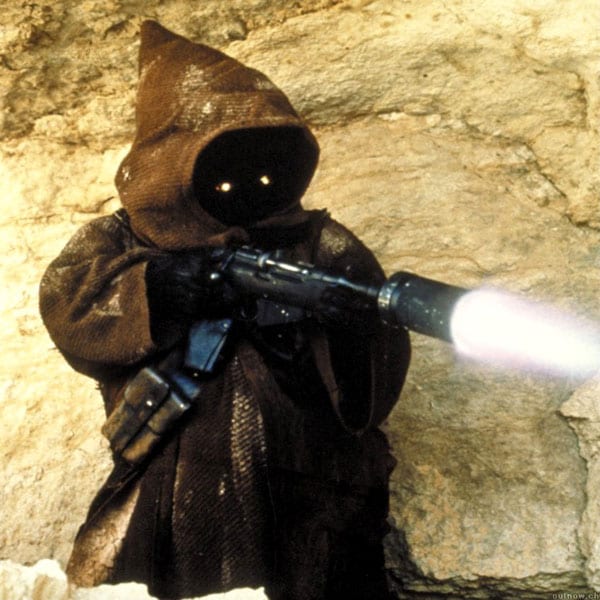 An Obrez in action in a galaxy far, far away.

Looking like something Jawas would use in a driveby, there exists a sawn off conversion of the Imperial Russian Army’s Model 1891 Mosin-Nagant rifle that is sure to draw any curious gunnies’ attention. It’s dubbed the Obrez, and its something of a flamethrower.

The word Obrez roughly translates into ‘cut down’ in Russian, with the term often used in connotation of pruning a tree or in the act of circumcision. As the name would imply, it is a sawn off product that originally was much longer. The object at the center of this concept was the standard infantry rifle of 1917 Russia, the Vintovka Mosina commonly known as the Mosin-Nagant. 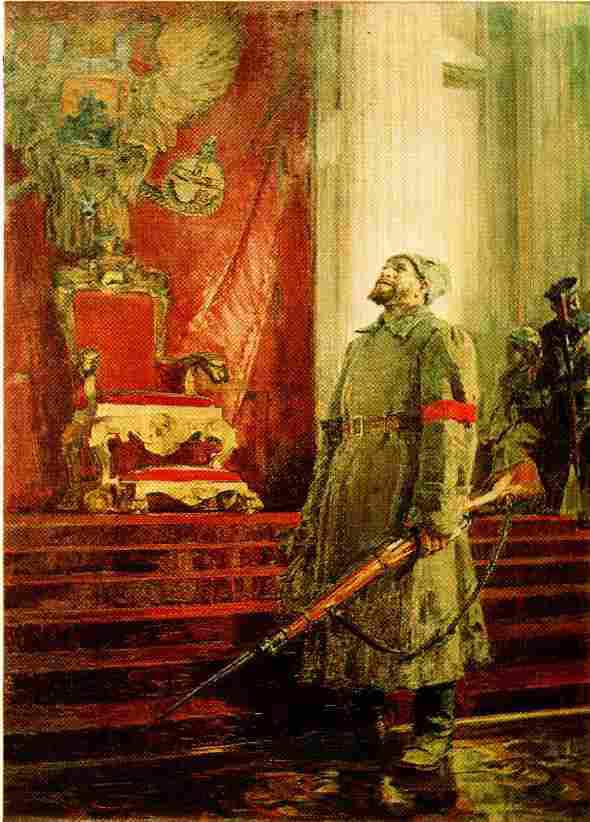 The original Mosin rifle was accurate and reliable but very long.

This nine-pound rifle, with its 30.5-inch barrel, was made by the millions in not only three different factories in the Tsar’s Holy Russia, but also by Remington and Westinghouse in the US, Chatterault in France and others for the immense Russian army. It was an unrefined bolt action gun that was simple, effective, and hard to fault—except that is, for its size.

No one has ever said that the Mosin-Nagant was handy and compact, especially the old WWI era rifles but for those who desired a more concealable weapon, all that was needed was a saw. By chopping a couple feet from the barrel and sawing off all but a handy pistol grip from the shoulder stock, the nearly six foot long Mosin turned into a large bolt-action pistol, labeled the Obrez.

The Russian Civil War had some hard fighting.

In 1917, Russia was a country falling apart. The Tsar had been deposed in a revolution and, in a second revolution (who can have too many right?), the Bolsheviks under Lenin assumed control of the central government. None too popular in many parts of the country, parts of the old empire started jumping ship as fast as possible, which didn’t sit well with the Bolshies.  In response, they formed their own “Red” army and this forces first task was to head out into the countryside to personally extend the invitation to join them in forming the ‘glorious new workers’ paradise’. Within weeks, the giant empire that covered one sixth of the earth’s land mass had descended into a complicated civil war that was to last for the better part of a decade before the Reds finally wound up on top. 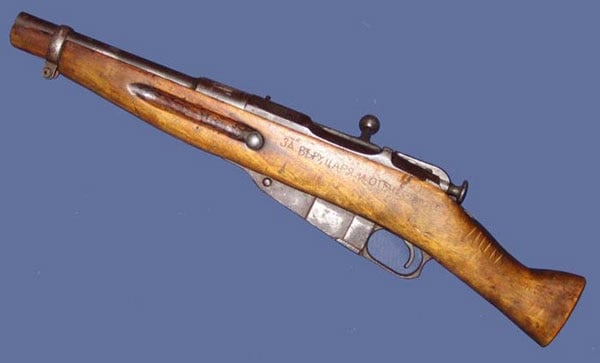 During this civil war many towns and villages changed hands dozens of times as first the Reds, then the counterrevolutionary Whites, then the Reds again, then the British, then the Japanese, then the Czechs then the Reds again would gain the upper hand in a confusing series of movements across the lands. With this, bandits and opportunists frequented these areas, offering their services to whoever had the best chance of success at the moment. When the going got tough, these bandits and partisans laid low to see which way the wind was going to blow. Problem was, large infantry rifles were difficult to hide easily or for very long. That’s when the saws came out and the obrez was born. Simply cut it down and you still have a weapon that was brutally effective at short ranges but that could still be concealed whenever not in use.

There was no single design of the obrez, with each gun being customized by the end-user. These ranged from what we would consider short barreled rifles with the barrel chopped down to just ten inches or so, and the buttstock untouched, to super shorty mare’s legs whose overall length stood at under a foot. All that was needed to make one was a saw, a shot of vodka to help with the transition, and the will to still want to shoot it when it was finally cut. These smaller Mosins could be hidden in chimney hearths, under blankets, behind religious icons, and anywhere else that passing soldiers would tend to not look for a rifle.

Military caliber handguns were not common in the countryside so the obrez filled that void between an edged weapon and a long arm. Besides bandits, one of the most common users of these guns were the Makhnovets (sometimes Makhnovetska), black flag waving anarchists who were something of the Mad Max version of 1917 Russia in that they were a lawless nomadic army equipped with whatever weapons they could piece together on the move.

By the end of the Civil War the guns purpose had vanished yet the obrez remained with a cult following. These guns had fierce recoil, often retained no sights, and could be as dangerous to the user as the target, but they did have a certain swagger to them. Former White Russian officers, who fled the country after the Civil War, often had a soft spot in their heart for the obrez, which led to these guns popping up in the Spanish Civil War, WWII, and other conflicts.

Over the past several decades the term has been loosely used in Russia in the same way that in the US many submachine guns are called “Tommy Guns”.  Today, just about any sawn off rifle or shotgun is referred to as ‘an obrez’ in former Soviet countries like Russia and the Ukraine.  They have appeared in many films made there since the 1980s, typically in use by desperate bandit types.

In 2012, police in the Krasnodar region of the Ukraine had a hunter turn in an old obrez that he found along an old bank of the Kuban River. The gun, while not a Mosin, was an older Berdan rifle dating from the 1870s. While it could have been a left over from the Russian Civil War, as the area was smack dab in the middle of the conflict area, it could have very well been more recently made. The same year, in the Siberian town of Tomsk, a very rusty Mosin obrez was found in a sewer.

It seems, after all, that some things never go out of style.

In the past decade or so, with the US awash in millions of now-surplus Mosin-Nagant rifles, the concept of the obrez has popped up whenever those who speak in terms of 7.62x54R gather. With an estimated 40-million Mosins made in over 300 variants in the past century, the platform the obrez is based on is one of the most common guns ever made. Beat up, non-collectable Mosins can be had for around $100 or less, even in today’s crazy gun inflation.  We’ve said it before but it bears repeating, you can still buy these by the crate. With a low investment, even a modification as extreme as hacking off more than half the gun is well within reach of those with the know-how and desire to pull it off. As such, dozens of homemade ‘Merican obrez (obrezes?) have been made.

The legality of having an obrez in the US is something that should be addressed and for those looking to make or purchase obrez here are three basic ways to go about it:

First, you can just do a non-NFA chop job on your rifle, keeping it legal with a 16.5-inch barrel and an overall length of 26-inches. All that is needed for this is saw, sanding tool, and confidence in remounting the barrel sights. This gives you a rifle comparable to a Thompson Contender.

The second option is the registered SBR route. For this path, get with the ATF and fill out your Form 1 complete with CLEO signatures, photograph, fingerprint cards, and $200 fee, wait a while till you get your stamp, then do your cuts as short as you like. This can give you a rather unique range gun, capable of spewing fireballs like a bubble blower on command for around three bills.

The third option is the most extreme and requires the most technical expertise. You can make a new receiver by either milling one from scratch or taking two surplus Mosin receivers, torching them up, and welding the scraps back together to form a virgin pistol-only obrez receiver. Then match a barrel, action, and cut down stock to it and you are good to go. Be sure to follow ATF regs about private firearms manufacture to stay legal.

Still, there is nothing saying you will have volunteers to shoot the thing, no matter how much vodka is involved.