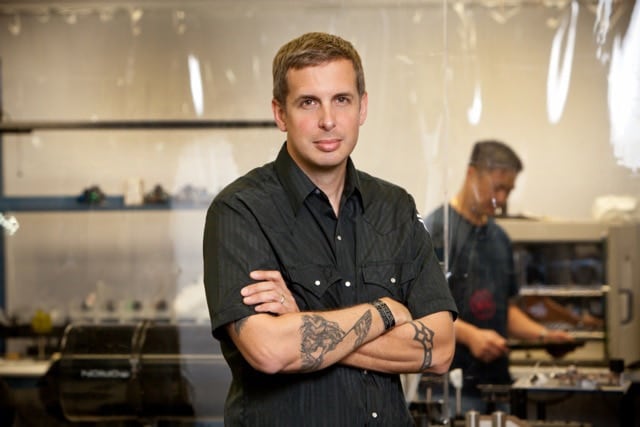 The former CEO of TrackingPoint, Jason Schauble, has taken over the reigns at Silencerco, the company announced Jan. 1.

Schauble, who was fired from TrackingPoint because the company said it needs a “change in direction,” has been appointed as the Chief Revenue Officer for Silencerco. In that position, Schauble will “focus on driving Silencerco’s growth strategy in both new products and new markets,” the company said in a statement.

“Silencerco is the perfect fit for me. … They are hungry to expand within the signature reduction market, into new product segments, and into new markets,” Schauble said.

The 39-year-old Schauble has worked in the firearms industry since 2008, when he started with Remington Arms. Before that he had a very active military career, serving in the U.S. Marines and was awarded the Silver Star, Bronze Star and a Purple Heart.

Silencerco formed in 2008, according to its website. The Utah-based company’s primary focus is making suppressors.

Like with most of the gun industry, the company did not release new or unique products for its catalog in 2013. However, the company did shift gears and advocate for its own preservation, lobbying against efforts by lawmakers to further regulate the gun and silencer market, specifically against proposed changes to NFA applications and gun trusts.

Silencerco announced that it will be introducing new products at the Shooting Hunting Outdoor Trade Show later this month.