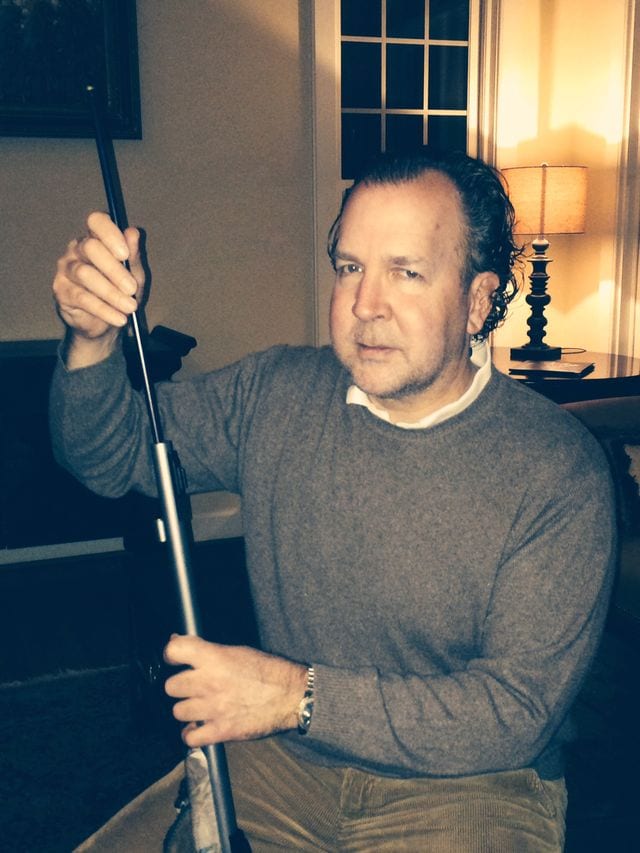 Mark Witaschek was found guilty in a DC court of illegal possession of ammunition for having some spent cartridges and muzzleloader bullets (Photo credit: Washington Times)

After a two year legal battle with the District of Columbia, recreational hunter Mark Witaschek was found guilty Wednesday of possessing illegal “ammunition” in the form of muzzleloader bullets.

This comes after a search of Witaschek’s home in 2012 by D.C. police turned up an inert shotgun shell, a spent shell casing and a box of muzzleloader bullets. The search was in response to a complaint from his estranged ex-wife. He now faces a $50 fine and must enroll with the Metropolitan Police Department’s firearm offenders’ registry.

“I’m completely outraged by it,” Witaschek told Emily Miller from the Washington Times Wednesday. “This is just a continuation of the nightmare. Just to sit there. I could not believe it.”

The evidence presented against Witaschek included a 12-gauge shell that had failed to go off on a hunt that he kept as a souvenir, a spent .270 Winchester shell casing, and a box of .45 caliber Knight muzzleloader bullets with plastic sabots. The muzzleloader bullets were nothing more than inert lead and copper slugs without primer or propellant and suitable for use in only antique or replica firearms.

Under the Gun Control Act of 1968, the framework for modern gun laws in the U.S., muzzleloaders do not fit the description of a modern firearm since they cannot fire conventional ammunition, and thus are not generally regulated. Even in the District of Columbia, residents are allowed to purchase and possess black powder primitive firearms without a license.

Nonetheless, since Witaschek had what D.C. Superior Court Judge Robert E. Morin considered to be “ammunition” in his possession without having a gun registered in the District, he was found guilty.

“I run the risk of losing my job, my occupation, as a result of this conviction,” Witaschek, a financial adviser with no criminal record, asked Morin before sentencing. “I ask the court not to add to that burden of what’s already been done to my life over the last two years.”