One of the iconic light machine gun designs of the past century has to be the British Bren gun with their distinctive top-mounted magazine and WWII starring role. Yet ironically, if you look into the history of these guns, they may owe more to a town in central Europe named Brno and Toronto Canada than they do to England.

Czechoslovakian soldiers with a ZB vz. 26. 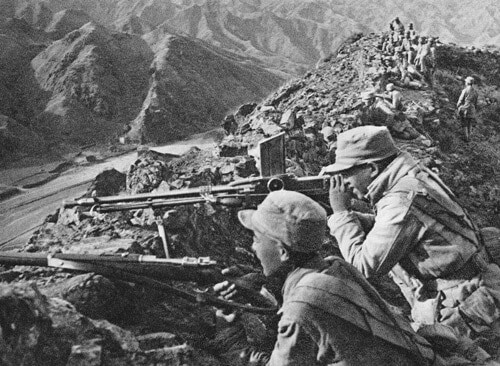 China was the main ZB-26 user during WWII.

In 1921, the Czech firm of Zbrojovka Brno, (ZB) began experimenting with a compact light machine gun that fired a full sized round from a 20-round top-mounted box magazine. Gas operated, air cooled, selectively fired, this gun became fully fleshed out by 1926 and was adopted by the Czech army as the ZB v26. By 1938 when Hitler marched into Czechoslovakia, over 120,000 of these handy guns were sold to two dozen countries around the world.

Design of the Bren 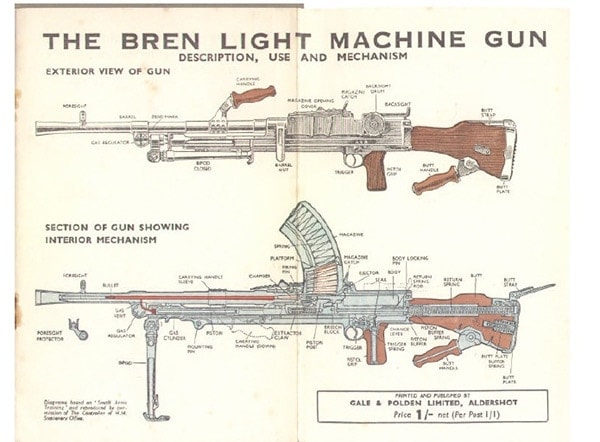 In 1934, a number of .303-caliber (the Czech guns were usually in 8mm Mauser) ZB machine guns were tested by the British Army to replace their WWI era Lewis guns. These prototypes used a redesigned bolt and magazine well to accept a curved 30-round magazine, besides a conversion from metric to SAE for production in England. After a 50,000-round, testing process against a number of other entries it was accepted as the BREN gun. The name Bren was derived from Brno, the Czech city where the ZB26 was originally designed, and Enfield, site of the British Royal Small Arms Factory where the gun was accepted. 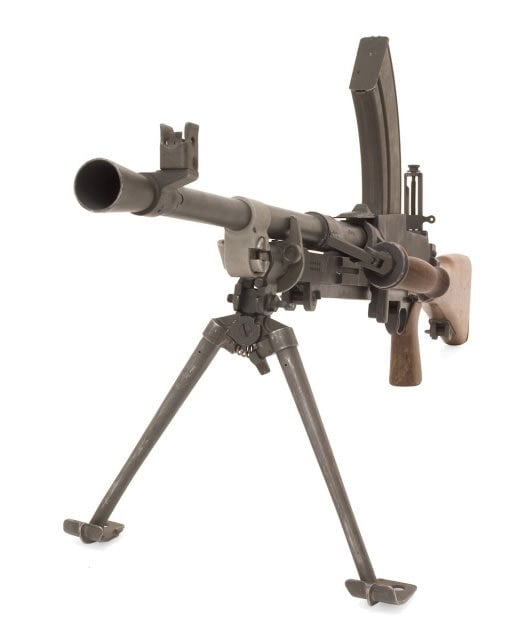 The Bren gun with bipod. 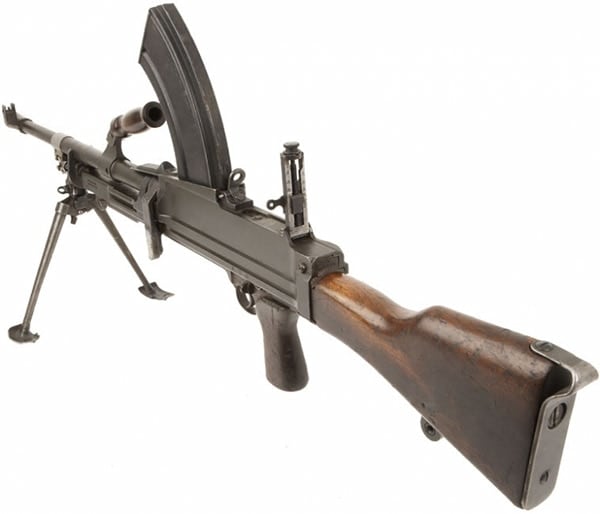 Bren MK2 from behind.

The gas operation of the Bren gun was simple, reliable and easily understood by a trained soldier. It used a long-stroke gas piston in its action and fired from an open bolt like other options of the time but unlike many early machine guns like the Hotchkiss, it could be field stripped practically into basic components.

Overall weight of the Mk1 was 22-pounds unloaded and 45-inches long overall. It was primarily a ‘one-man weapon’, which meant of course that they were usually issued to two or three man teams in actual combat, with the assistants carrying spare barrels and boxes of magazines. Capable theoretically of 500-rounds per minute when fully cyclic, the 30-round magazine could be emptied in just four seconds. A hundred round pan magazine, similar in style to those seen on the older Lewis machine gun, was also made but was mainly for use by guns in fixed positions. 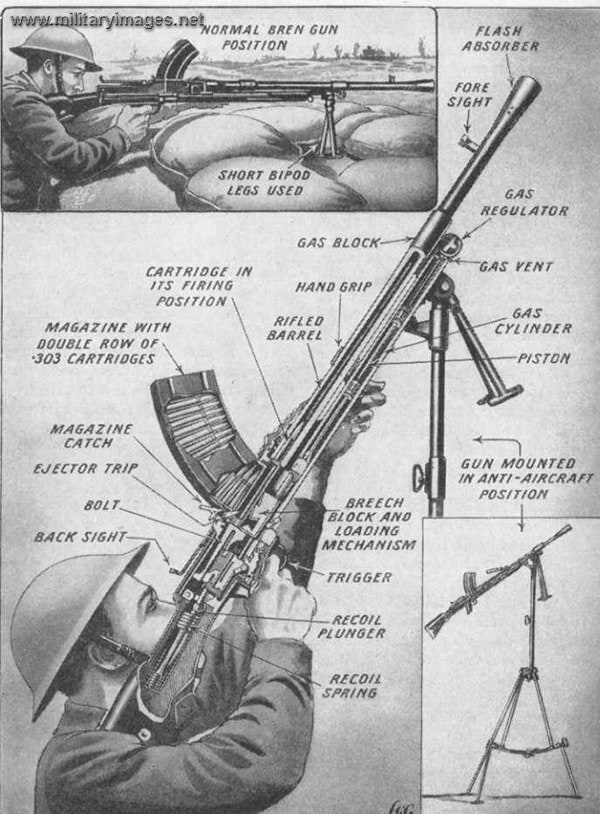 A trained gunner could swap the 25-inch air-cooled barrel out for a fresh after sustained firing of ten magazines (300-rounds) in 6-8 seconds. Each barrel was equipped with its own wooden handle to help with this change. It was normally carried into battle in its short bipod configuration, which would fold forward under the barrel.

With the butt firmly in the shoulder and the front of the gun supported by the bipod, the gunner, lying prone, could put down a good rate of fire as long as his assistant could change out the top-mounted magazines expediently. For defense of installations, a tripod (as tall as a man) could be fitted for use against low-flying (under 2000-feet) aircraft.

By 1938, the Bren became the standard light machine gun of the British and their commonwealth allies. Other than the Browning 1919, it was probably the most common Allied general-purpose machine gun of the war. It was used to good effect by troops from Africa to the Far East to Western Europe. One Australian trooper, Bruce Kingsbury, was credited with almost single handedly saving his battalion from being overrun by a Japanese attack when he “came forward with this Bren and he just mowed them down.” 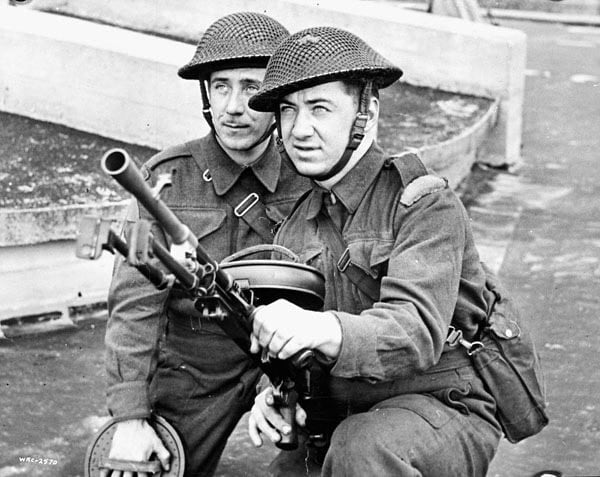 Bren with Brits and a 100 round speed mag drum. 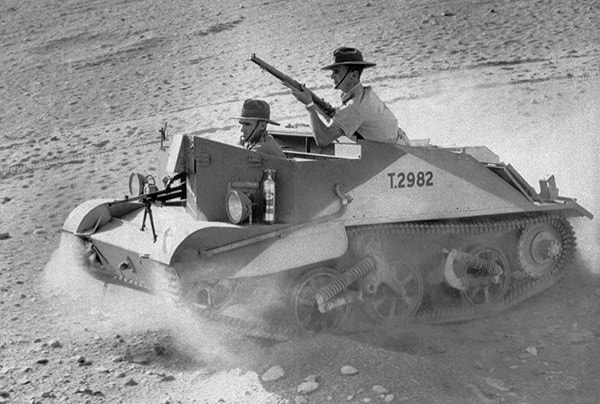 The Bren gun was popular around the world and besides extensive service in every theater in World War 2, it has popped up in the supporting actor roles in almost every conflict since. It and its Czech ZB forbearer have served more than 40 flags across the globe, some to this day. 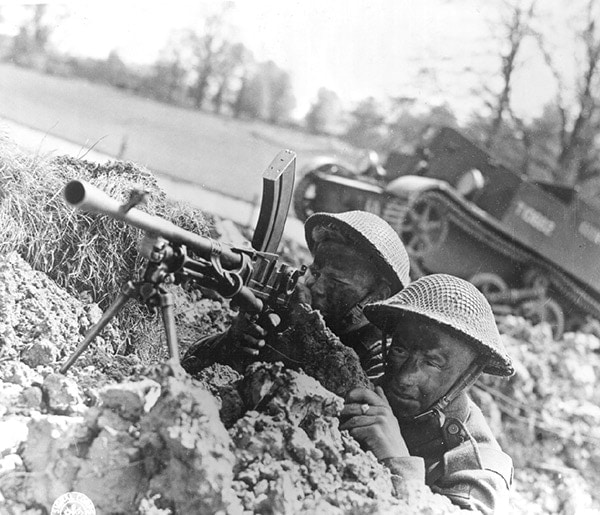 The 416,658 British/Canadian/Australian versions were all in .303 Enfield (7.696x57Rmm) and remain by far the both the most numerous and popular. Over 60% of the Brens made for the British Commonwealth forces were produced in Toronto by the John Inglis factory, who is better known for their Browning pistols made during the same time period. 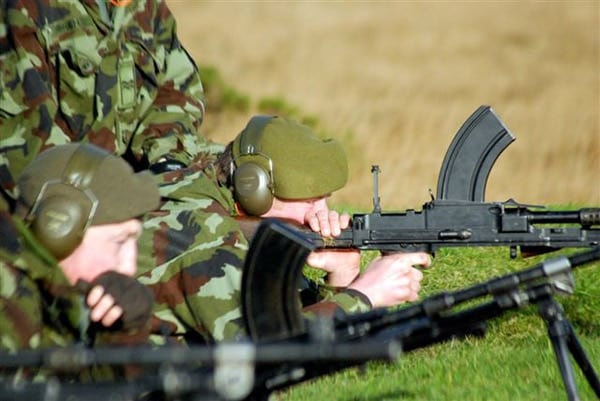 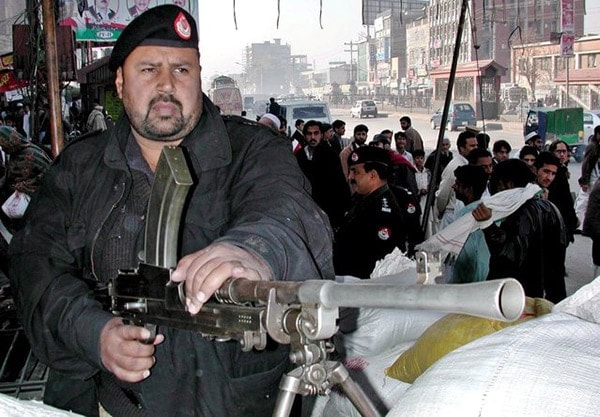 Some 43,000 in 8mm Mauser (7.92mm) were also made in Canada for the Nationalist Army of China during World War 2—US allies would encounter these in the Korea and Vietnam conflicts. After 1956 the British Army chambered the Bren in 7.62x51mm NATO and, as the L4A4, continued to use them through the Falklands and 1991 Gulf War until the design, more than 50-years old, was finally retired. This final version, the L1A1, could take the same 20 round mags as the British FAL in a pinch as well as its own 30-round magazines. 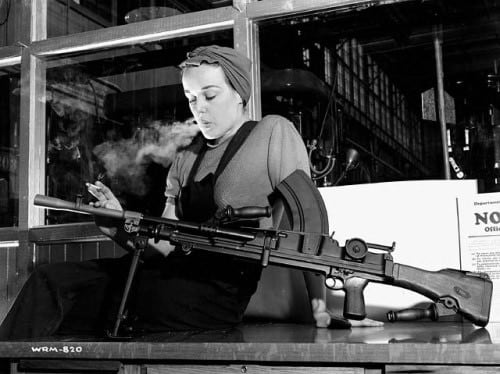 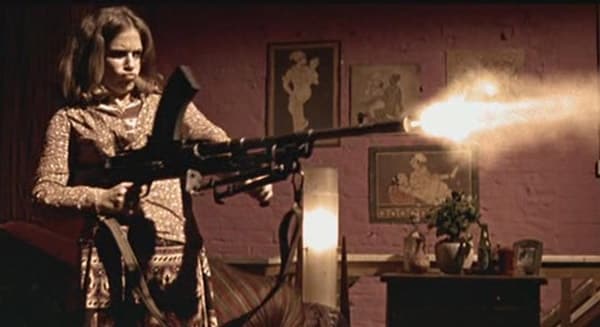 In fact, Canada’s identification with the Bren runs even deeper than a mere production history.  During WWII, the Canadian version of “Rosie the Riveter”, was “Ronnie the Bren Gun Girl,” an Inglis employee who became symbolic of the war effort (and an example of some of the first machine gun porn). The Bren has appeared in dozens of films and video games including a very entertaining cameo in 1998’s Lock Stock and Two Smoking Barrels where an otherwise vacant character named Gloria unleashes over 40-seconds of full auto fire from one. It’s about ten times what the 30-round magazine allowed, but it’s still a great scene. 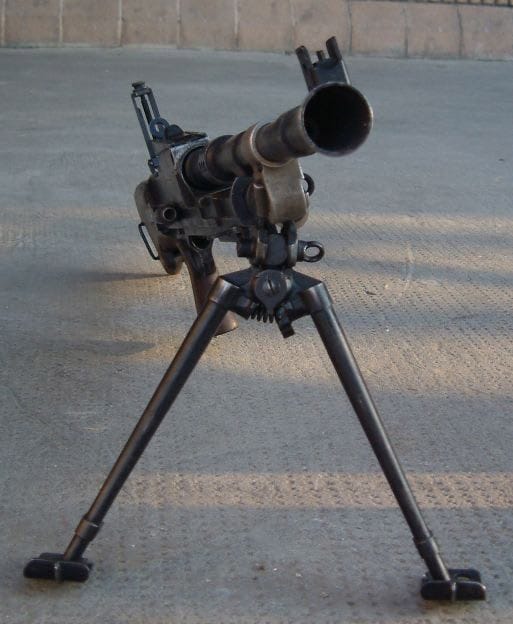 A rare Bren gun on the civilian market (C&R eligible too).

Transferable and original pre-1986 registered full-auto Bren guns are the rarest of creatures in the United States. Even though literally over a half million of the guns were made, very few were ever imported into the country before the Hughes Amendment cut off future sales. When they do pop up, they are usually .303 caliber British-made weapons and tip the scales at about $40k plus your tax stamps etc. Canadian built Inglis guns go even higher due to their rarity. On the bright side, even though they are NFA, they are still C&R eligible.

There are a number of semi-auto-only Bren guns in circulation, made from surplus British, Australian, Indian, and Canadian Inglis parts kits with new US-made components. Historic Arms in Franklin, Georgia and SMG Guns in Decatur, Texas have made hundreds of these (dubbed MK2SA) as has a few other smaller operators. They run $2-4K and their quality widely varies so be sure to try before you buy if possible.

War surplus juggernaut IMA has long sold everything for the Bren, up to and including parts kits, and will likely continue to do so in this country for years. Building your own semi-auto Bren from one of the available torched up kits is a very popular project and if you believe the various forums online where fellow Bren collectors assemble, more than 2,000 have done so. Typical home builds require 40-100 hours of work (depending on how torched your kit is) and run just over $2,000 though be warned.  Money pits abound. 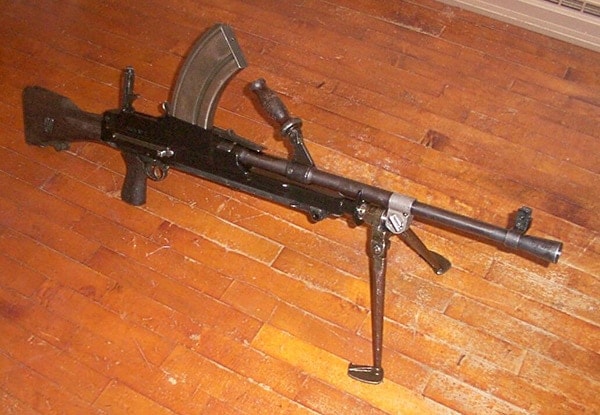 Dummy Bren gun made from a parts kit.

Non-firing dummy guns built on solid aluminum receivers run closer to a quarter of this price for those who would rather own and not shoot these historical pieces.

Whatever your flavor, the Bren is one of the most interesting and we guess most British of machine guns (even if it’s about as British as Martina Navratilova).