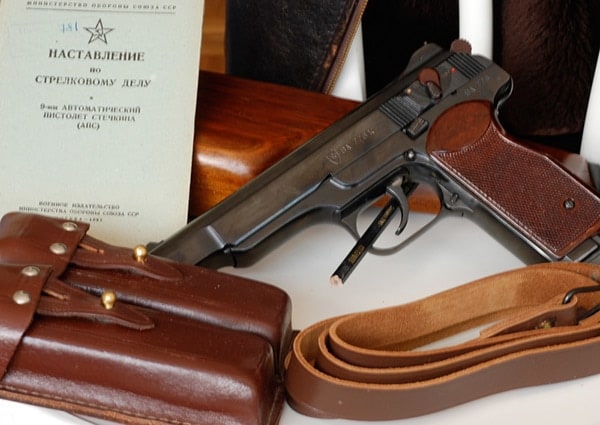 Though the same could be said of many nations, the Soviets always seemed to have an overarching desire to have special ops guys ready on the ready to go round the world, meet interesting people and kill them. And what fun would being a commie ninja be if there weren’t cool toys to go along with job? The Stechkin APS was one of the neater pieces in the Spetsnaz’s toy box. 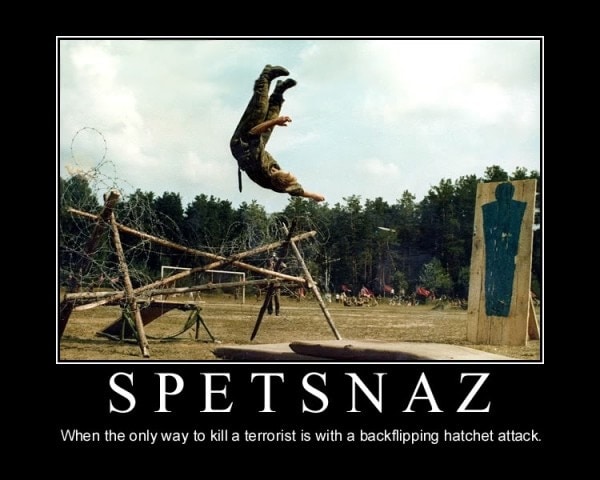 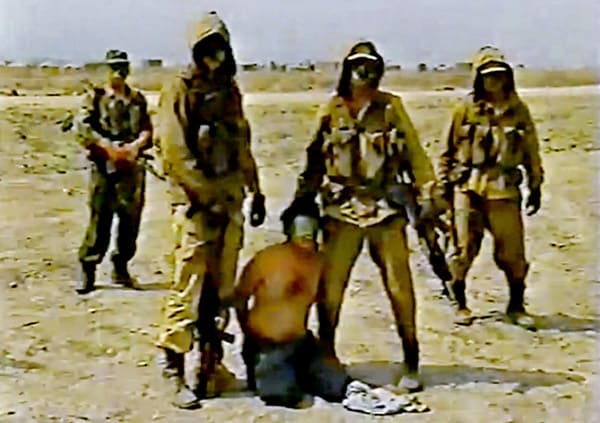 After World War 2, the Soviet military greatly expanded their special ops type characters. They had proven useful behind German and Japanese lines in the last Great Patriotic War and surely, they would come in handy in the next. These spetsnaz (special purpose) troops needed to move fast and pack light. What they required were compact weapons, which could deliver a shocking blow, and then stow away again until needed. This gun could also be issued to vehicle crews, aviators, and others with the same need for a compact weapon that stowed away until needed. Sure, submachine guns were neat—but even then smaller was better. For this type of weapon, the Russkis turned to a crafty little guy named Igor. 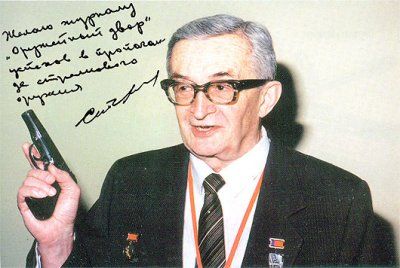 Toiling away in the labyrinthine depth of the Tula Arsenal in the late 1940s was Igor Yakovlevich Stechkin, an engineer who specialized in interesting weapons. His uncle Boris had been one of the Tsar’s brightest minds, having a hand in the design of the world’s first four-engine airplane and Lebedenko’s Tsar Tank, the largest armored vehicle in history. With a pedigree like that to live up too, young Igor was responsible for nearly a dozen curious firearms that included a suppressed revolver, a runner-up to the AK-74 design, and a cigarette lighter pistol. Beginning in 1948 the 26-year old mad scientist started work on the gun, his Avtomaticheskiy Pistolet Stechkin (APS) that bears his name. 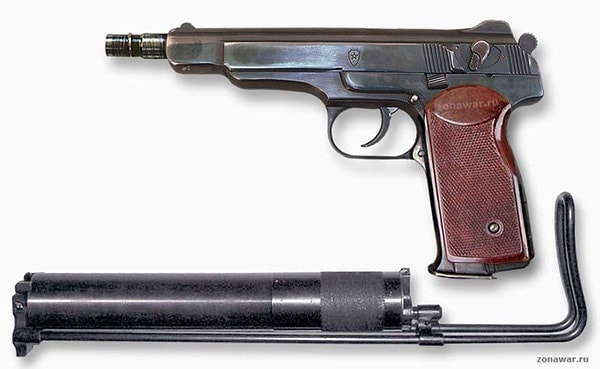 Igor’s pistol was built from the ground up to be select-fire. This is a departure from similar guns of its era like the Mauser M712 Schnellfeuer and the Beretta M1951 Raffica, machine pistols that had started life as semi-autos and then later modified. As such, his simple blowback action pistol handled full-auto operation at a blistering 750 rounds per minute with impressive reliability. It was all steel, with plastic only showing up in the typical brown Russian style grips.

This gave it a stout weight, at about 43-ounces loaded, but this heft, coupled with a simple and effective rate of fire reducer, dropped the felt recoil down to a manageable roar. It’s very controllable and sounds rather like a sewing machine while in cyclic fire. The fact that the slide has a distinct over travel also helps in full-auto fire while making the gun a plinker in semi-auto. 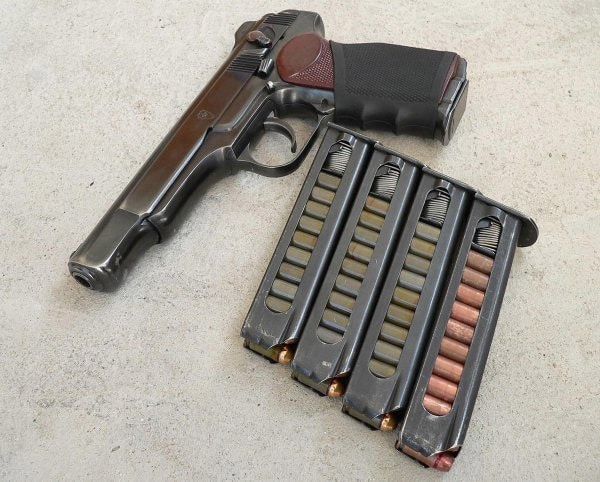 Stechkin pistol with magazines. This full auto capable pistol was able to keep recoil manageable through weight balance and control of cyclic fire. 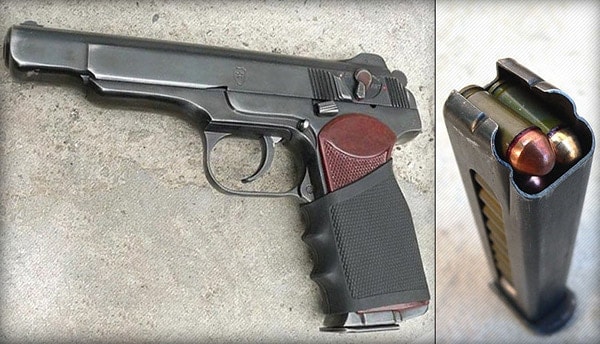 The Stechkin with a good view of the skeletonized double stack magazine. 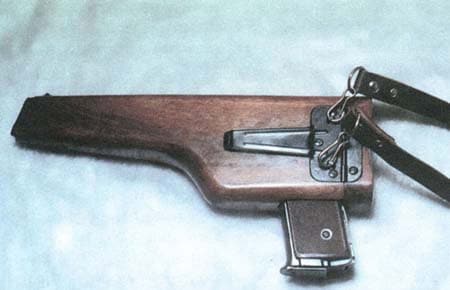 While not a pocket gun, at 8.86-inches long, it was still just slightly larger than a Colt 1911. In a throwback to the old Broomhandle Mauser and Browning 1903, both of which the Russians had experience with, Stechkin was directed to design a wooden holster for his gun that could double as a buttstock. This blast from the past concept was popular in the 1900s, but by 1948 was dated and the Stechkin was as far as we can tell the last handgun to do this. 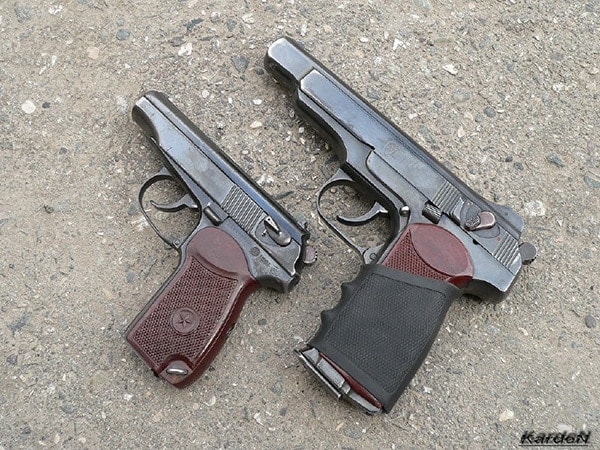 The better known Makarov is visually similar to the larger Stechkin, but can be easily told apart by the Stechkins’ double stack magazine, select fire switch and extra two inches in overall length.

Chambered on the drawing board for 7.62x25mm, it was given birth in 1951 in 9x18mm to match the new Makarov pistol introduced the same year. An extended 20-round magazine stoked with these souped-up .380s was standard. 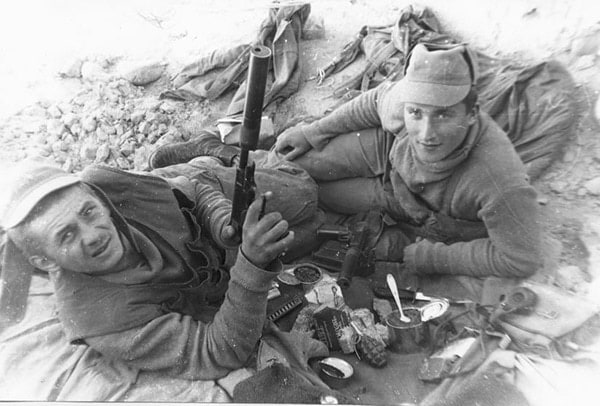 Stechkin at a Spetsnaz tea party in Afghanistan, 1980s.

The gun appeared in frontline and special units with the Soviet military starting in 1952 and was only replaced in the early 1980s by the AKS-74U Krinkov, Kalashnikov’s mini-AK. Soviet military advisers brought them to places such as Angola, Vietnam, Ogaden, and other Cold War hot spots.  They were also given away as party favors to various Soviet funded terrorist groups around the world. Che Guevara among others took a shine to the zippy little gun. 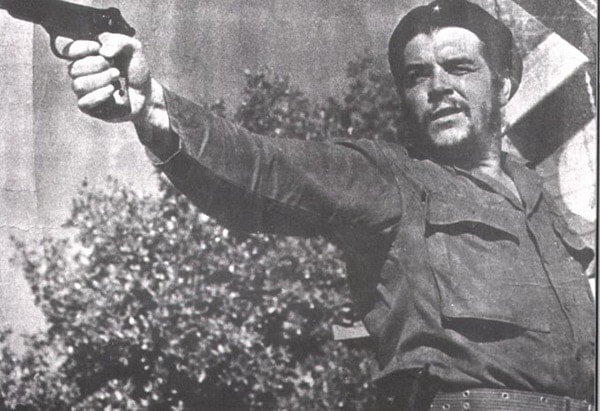 the infamous Ernesto “Che” Guevara was a noted Stech fan.

In the early 1970s, the standard Stechkin was updated with an extended barrel that could accept a pretty effective suppressor. This update also replaced the old wooden buttstock with a skeletonized metal one that was both lighter and more modern. These improved guns were labeled Avtomaticheskij Pistolet Besshumnyj, (meaning automatic silenced pistol, or just APB). 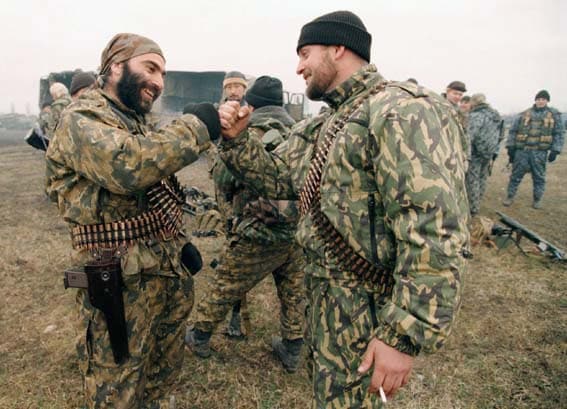 Chechen rebels with one sporting a holstered Stechkin. 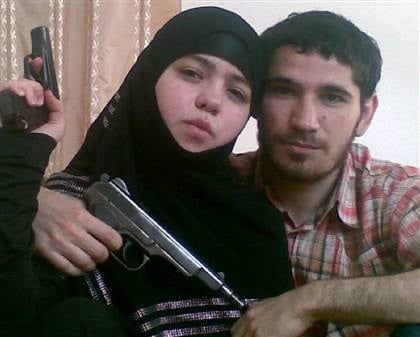 These APBs were a favorite of Soviet spetsnaz units operating in Afghanistan in the 1980s. Even though they have been out of production for going on three decades both versions of these guns still appear regularly in the arms of Russian internal police and military units. After the breakup of the former USSR, a number of Steks fell into the hands of breakaway republics and the guns became coveted war prizes by Chechen rebels among others. 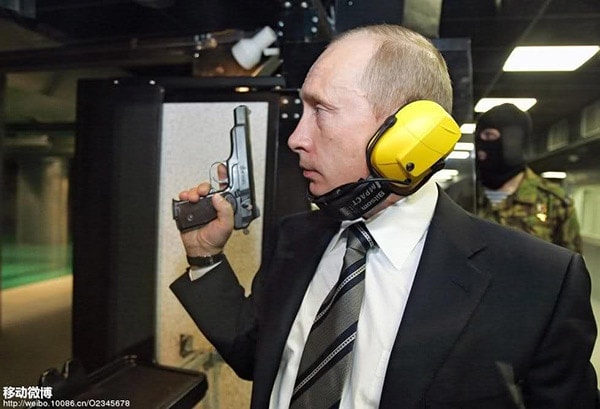 Tsar Putin relaxing with a Stechkin with balaclava clad friend. 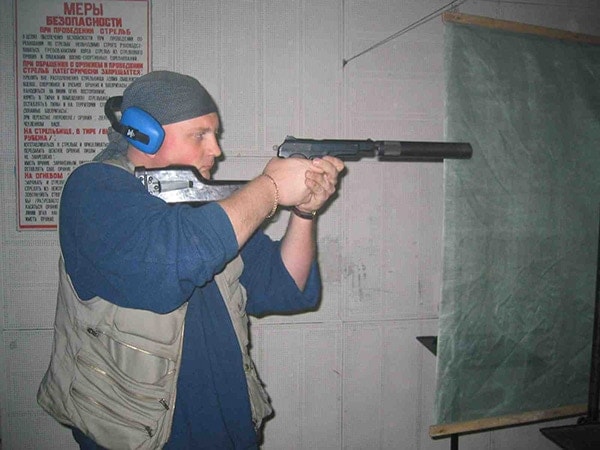 The Stechkin with the original buttstock and suppressor is a handful. 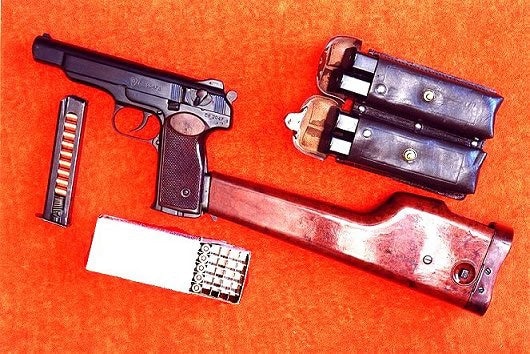 If you haunt the various select fire message boards (or even don’t), rumors of a handful of original Stechkin floating around in private hands pop up occasionally.  A sales price is often never mentioned.  Other than that, a few torched parts kits were imported in the last decade that are worthy candidates for rewelds or semi-auto builds. About the only parts that can be found with any regularity are the odd 20-round magazines that run about $40. Using one of these modified to work in a double-stack Makarov PM (a few were imported in the 90s), you can have a visually similar pistol in semi-auto on the cheap.  Especially if you add a threaded extended barrel.

However, you’re on your own if want to add a butt stock to it. Next thing you know you’ll be wearing your earpro on upside down and shopping for balaclavas.